Welcome back, folks, to another Marvel Monday Double Feature as I take a quick look at the Scott Lang Ant Man/Giant Man Build-A-Figure from Marvel Legends. I was fortunate enough to avoid spoilers going in to Civil War, so when Lang went big during the Airport Battle, I was beside myself with delight. If Spider-Man was my favorite new addition to the MCU for this film, than seeing Lang assume the role of Giant Man, even if only briefly, was easily a close second. Needless to say, I was pretty excited to be getting a Legends scale release. 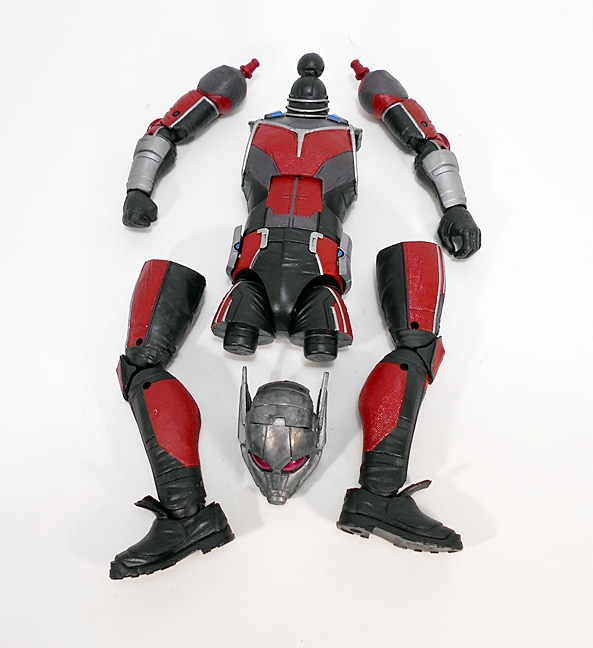 In terms of assembly, this figure is as basic as these BAFs can get, with six parts to build him. That’s one torso, two legs, two arms, and a head. And unlike the X-Men Wave, this was one of those assortments where you did have to buy all the figures to make this work. Putting this guy together is pretty easy.

And once completed, this figure looks great. A quick glance at the suit and it looks pretty similar to the one from the Ant Man film, but under closer scrutiny it’s clear that there are a lot of changes here. Overall, it’s a sleeker and simpler design and this figure represents the changes pretty well, especially if you stand him next to the Legends figure from the original film. While changes in the suit allow for more merchandising (ie Toys!) it also makes sense in the context of the film, as the first suit was a lot older and thus more primitive looking. I still dig this suit design a lot, but I definitely prefer the original over this one.

Details include sculpted seam lines in the suit and all those red panels are textured. There’s also some silver piping and there are panel lines in most of the metal plates, like the belt, collar, and arm pieces. The paint on this figure is also very good. The bulk of the coloring comes from the matte black buck, but the red and silver are vibrant and really contrast with the black nicely. 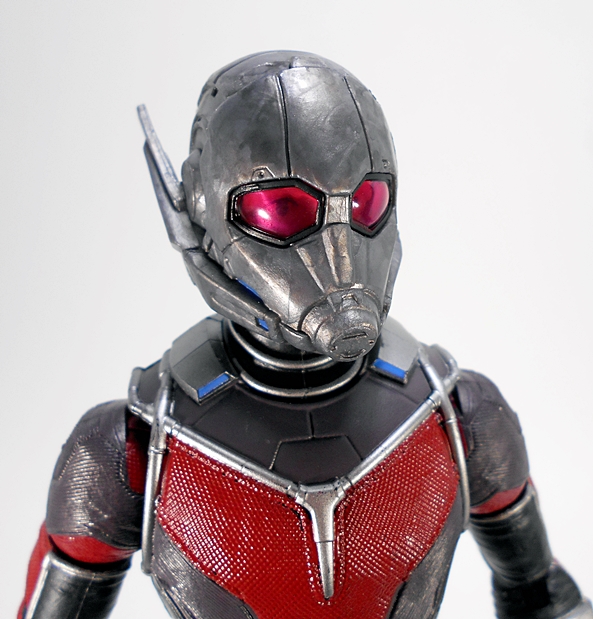 Again, the helmeted head here is a lot simpler in design than the original suit. The mandibles and the mouth piece are more streamlined and the silver finish on the helmet looks like brushed steel. I also really dig the bright blue paint apps on the helmet and shoulder pieces. The best thing about the head, however, are the sculpted and painted eyes behind the red lenses. Not only does this add a lot of depth and credibility to the head sculpt, but in a well lit area it almost looks like the eyes are illuminated from within. An illusion that is more effective than the LED lights in my beloved Hot Toys Ant Man figure. 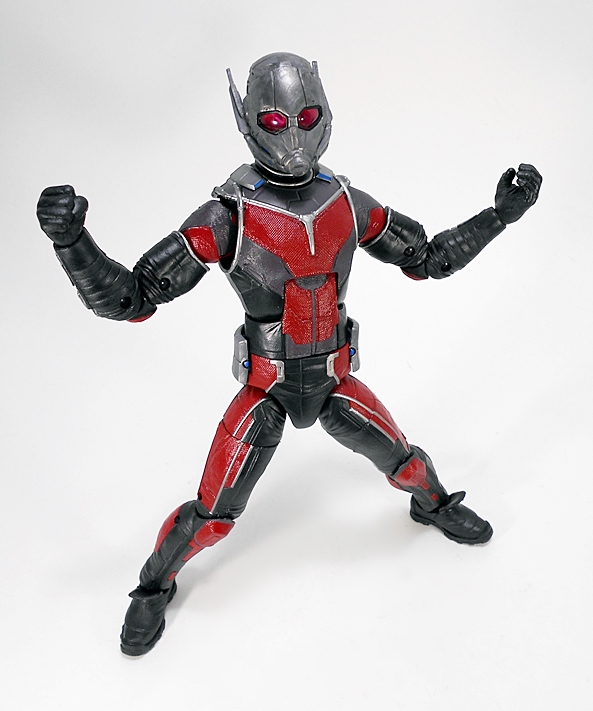 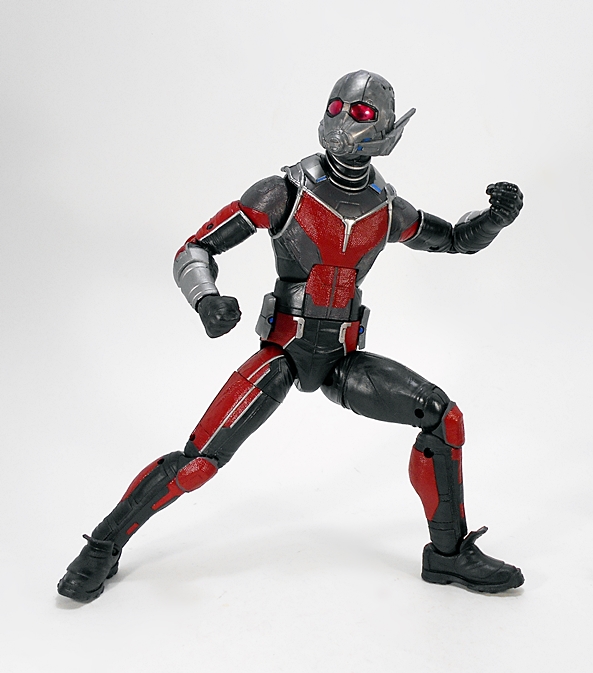 Ant Man is not quite twice the size of a regular Legends figure. So, perhaps there is an obvious complaint here over scale, but it’s also a pretty silly one.Yes, Lang is still small compared to how big he was in the fight, but that would have had to be a pretty big figure to make him actually to scale with the 6-inch Legends line. Maybe, Hasbro could have broken him up over two waves and had separate pieces for each leg and arm and two pieces for the torso. It’s not unprecedented and it would have made him a lot bigger, but spreading BAFs over multiple waves is rarely worth the bother. If the Masterworks line was still around, they could have released a bigger figure that way, but then those are designed to be in scale with the 3 3/4-inch figures. In the end, I’m plenty happy with what we got here.

There were some great figures in this wave, and there were some not so great ones. Red Guardian was bungled due to poor QC, and I wasn’t impressed with the Captain America repaint. And yet, the good outweighed the bad, and I’m happy to say that even the less than stellar ones were worth picking up in order to assemble this guy. Yes, I would still have liked a 6-inch scale version of Lang wearing the new suit, but Hasbro seems content with not delivering on complete movie teams these days. It’s easy to complain, but I’d rather just shut up and enjoy what’s become the Golden Age of Marvel 6-inch figures.

Next Monday I’m going to detour to take a look at a statue and when I come back to Legends, I’ll be running through the long overdue Rhino Wave so that I can get into some Doctor Strange.

Remember that scene in that really old movie?

The one where they’re on the snow planet?