Ok, cue up the Queen CD, because I’m ready for some more Flash Gordon action figure goodness. Last time we looked at Flash, Dale and Barin, so this time we’ll wrap things up with the two principle assholes of the picture: General Klytus and Ming the Merciless.

General Klytus was an awesome character in the film. He was Ming’s right hand man and all around sleezeball and wonderfully portrayed by Peter Wyngarde. He’s been compared to Boba Fett, based on the claim that all of his appeal comes from his cool looking mask, but I disagree. He had a lot of dialogue and was far from just a bit character that stood around as set dressing. But, sure, I’ll certainly grant that he has a great character design that really lends itself well to an action figure and that makes him my favorite looking figure of the bunch. Because he’s wearing a mask, BBP didn’t have to contend as much with getting the facial features of an actor right, and that probably goes a long way to help this character’s sculpt as well. 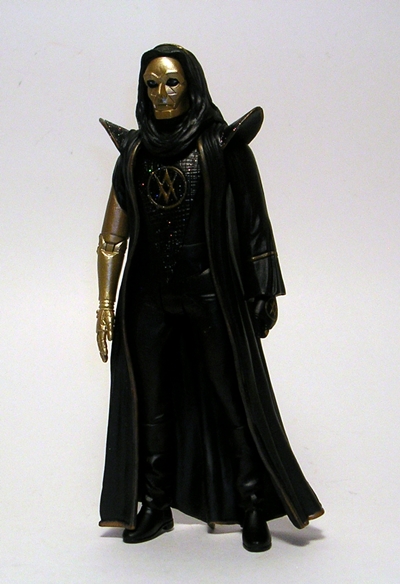 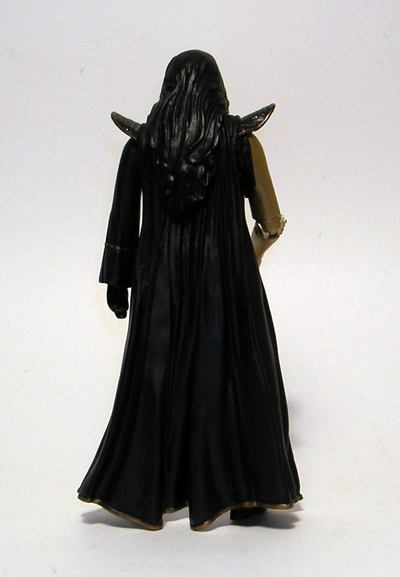 The mask is not only really well done, but I love the fact that BBP sculpted the eyes in the eyesockets. That nice work combined with some excellent paint apps make the mask look like its a separate and removable piece when it really isn’t. All the folds and ruffles in Klytus’ cloak are nicely executed as is the texture work on his tunic, which also makes use of the same sparkly flakes that we saw applied to Dale’s wedding dress. 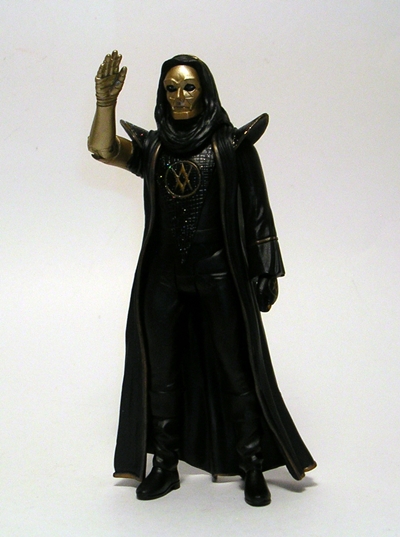 The articulation on this figure takes quite a few steps back from what we saw on Flash and Barin, but it isn’t terrible. Klytus’ neck appears to be jointed, but because of the sculpted hood, it doesn’t really turn. He does have rotating shoulders and a hinge in his right, gold arm. Lastly, his legs rotate at the pelvis. The fact that he doesn’t have any knee articulation doesn’t bother me, since his robes would really make them useless. I am disappointed that BBP didn’t add a hinge to his left elbow. They may have felt it would have interfered with the sleeve sculpt, but I would have preferred it. A ball joint to the right shoulder would have been welcome too. Ok, so I take it back… his articulation is pretty terrible. 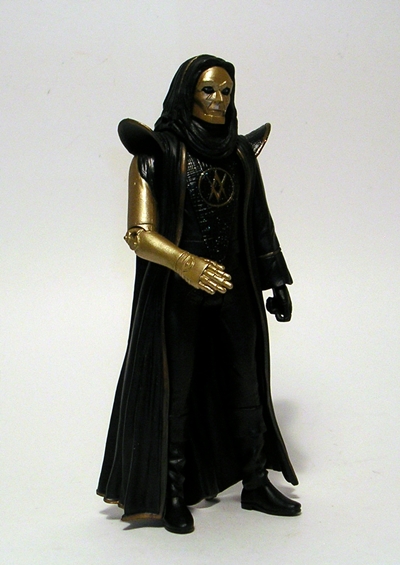 Klytus doesn’t come with any accessories, but I still love him. This figure captures the character perfectly and its obvious that BBP tried to work with his sculpt to add a decent amount of articulation. The variant of this figure featured his eyes and tongue protruding from his mask during his death scene when he was tossed onto a platform of spikes. Its a cool variant, but I’ll stick with this one, thank you very much. 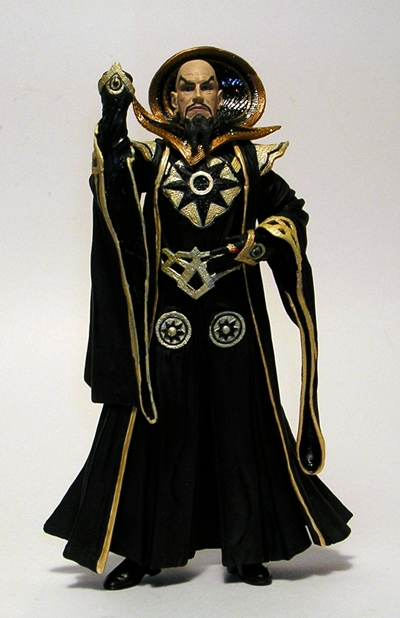 And that brings us to the big baddy himself, Ming the Merciless. Now Ming was issued in both red and black robes, and I have to admit it was a real trying decision on which one to go with in order to complete my collection. Ultimately, I will probably hunt down the red one, but for now I went with his black garb, just because I really liked how the black and gold looked and I thought he matched Klytus better. This figure is also considerably easier to find than the red one.

The first thing you should know about this guy is that he is a statue, not a figure. His head will turn from side to side, and he does actually have the ability to rotate his arms at the shoulders, but that poses two problems. The first is in the design, where the sculpt has the long sleeves hanging down so that if you move his arms, it looks like his robe is defying gravity. The second problem is, granted, unique to my figure, as his right arm broke clean off as I was removing him from the package and had to be glued back on. Normally I would be furious with BBP at what is clearly some shitty quality control, but honestly, if it had to happen to any of these figures, I’m glad it happened with Ming as his arm articulation was useless to begin with. I’m not going to be all that critical about the articulation on this figure, because any time you have to fashion a figure with sculpted plastic robes, you have an uphill battle when it comes to articulation. 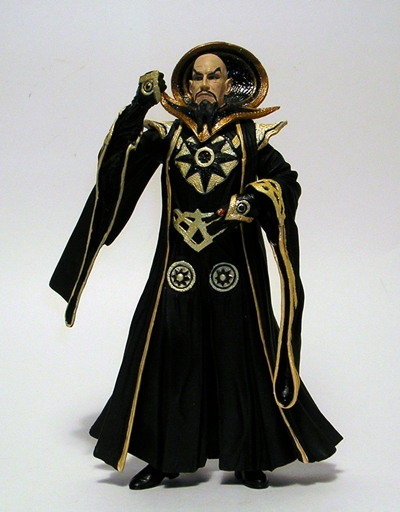 With all that out of the way, this is one fantastic looking figure… er, statue. Not only did BBG capture the likeness of Max Von Sadow perfectly, the combination of sculpting and gold paint apps on the robes is just awesome. The pre-pose is really effective as he has his right arm held up with his hand forming a powerful fist. His left arm is held close to his chest and shows off his ring, which was showcased so prominantly in the final scene of the film. Once again, BBP makes use of the sparkly flakes on a few appropriate parts of Ming’s costume. The fact that I am raving about this guy even with his crap articulation and the fact that he actually broke coming out the package should tell you a lot. Its a downright amazing sculpt. 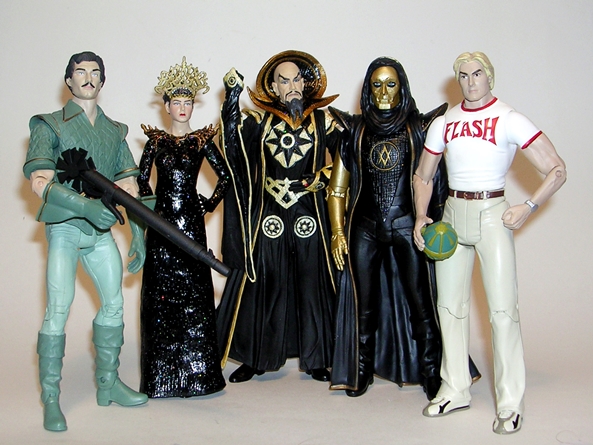 And that wraps up my look at Biff Bang Pow’s Flash Gordon figures. I’m really glad to own this set, even if they aren’t what I hoped they would be. I think the biggest problem with this little series is the inconsistancy. They are mostly great sculpts, with the one albeit big exception being Dale Arden’s face. But they really run the gamut on articulation from great to practically non-existant. They look damn nice on the shelf, though, and they gave me an opportunity to try out the products from a toy company that was previously completely unknown to me. For a company that seems to mainly makes bobbleheads and novelties, this was a good early effort into the realm of licensed action figures.