It’s time for another 2009 SDCC flashback. This time, I’m going back to last year to take a look at one of Hasbro’s GI JOE offerings, the 12″ figure of everyone’s favorite Cobra femme fatale, The Baroness. Or at least the character that passed for her in the Rise of Cobra movie. Hasbro had quite a few SDCC exclusives that backfired last year (meaning nobody seemed to want them), and Baroness was one of that unfortunate group. You could pick up this figure on their website months and months after the show, and there are still tons of them up on Ebay at any given time. I’m guessing her lack of popularity was because of her ties with the largely unpopular movie, but whatever the case… in the end what we have here is a pretty mediocre figure with some exceptionally nice packaging.

Baroness comes in a black and white box with cutouts to show off the red Cobra emblem on the box inside that box. Her name is printed on the front and sides, flanked by the two pistols she used in the movie. There’s a small blurb about her on the back, which fortunately doesn’t chronicle any of that horrible crap about her being Cobra Commander’s brother or Duke’s fiance, so I can still pretend it never happened and still try to enjoy this figure. The top flaps open and you can slide out the inside box, which is glossy black and textured to look like leather or snakeskin and has a vague coffin motif because the corners are diagonal. Its a great looking box, with the gold Cobra emblem contrasting against the dark textured surface. The front flap is secured with velco.

Inside, the figure is nested in a molded red foam tray. Opposite the figure is an awesome 1940’s style Cobra propaganda poster with The Baroness showing off her, erm… hardware seductively. For me, this insert makes the whole thing worthwhile. It literally elevates the entire set, and it’s kind of a shame that it was wasted on any piece of merchandise that’s tied to this movie. 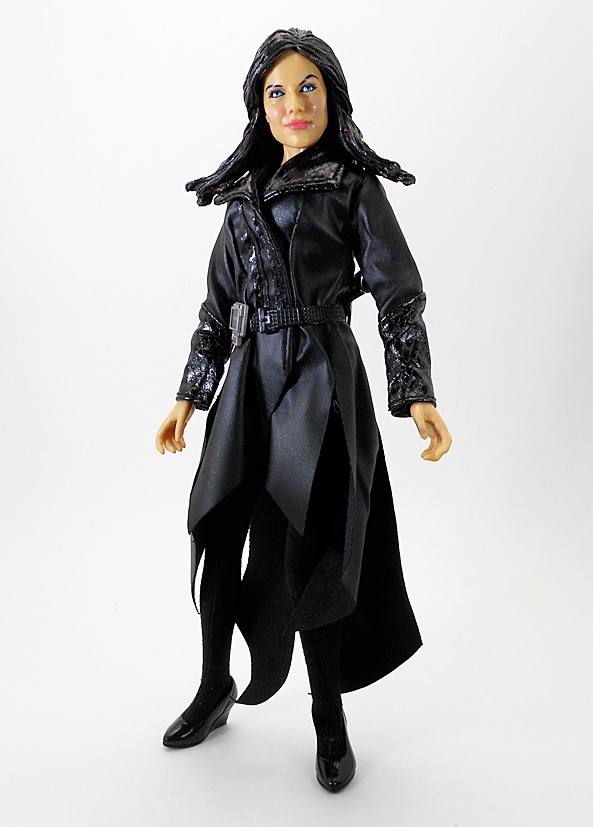 Normally, I talk price and value at the end, but I think it’s probably important to mention now that this figure retailed for under $30. These days when people think about 1:6 scale figures expectations are through the roof as well as the prices. So, now when I say this figure isn’t all that bad, keep that price point in mind. Luckily, The Baroness was one character who’s appearance didn’t change all that much for the movie, so despite the fact that the face is (allegedly) a likeness of actress Sienna Miller, this can still kind of pass for a classic style Baroness. Sort of. The outfit is pretty simple. She’s wearing a black bodysuit, which is designed to look like both fabric leggings and a leather corset. On top of that she has a trenchcoat, short in the front and long in the back and belted around her waist, with velcro on the front and the sleeves. The coat has some nice texturing around the collar and sleeves and is slit at various points along the bottom so that it doesn’t interfere with her leg poses. The outfit is rounded out by a pair of glossy black heels. 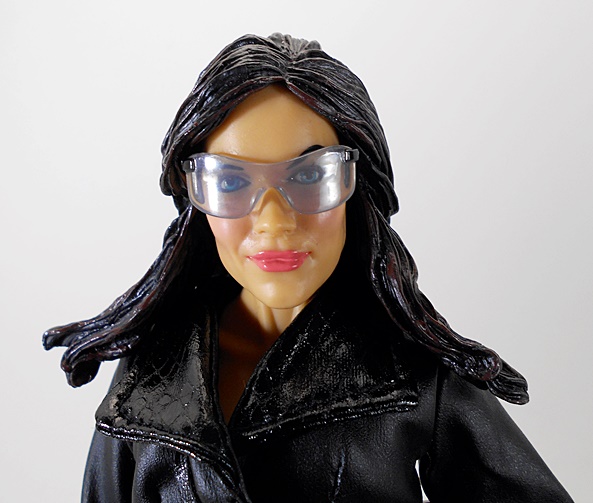 The portrait is more like a caricature of the actress. It’s certainly not great. It kind of looks like she got out of hand with the botox. But again, given the price range here and that Hasbro’s 1:6 Scale figures have never been terribly accurate representations of real people, it’s acceptable. Hasbro went with sculpted hair, which looks OK, and thankfully doesn’t inhibit the head movement, but it does float unnaturally above the shoulders. The paint apps on the face are good, and the glasses are removable. And yes, they look rather more like safety goggles than fashionable eyewear.

Baroness features a control box that’s attached to her belt. It can’t be removed, and it’s strategically placed to conceal the peg that holds the belt closed. I’m guessing this is the device she used to detonate the nano-whatever in Paris. 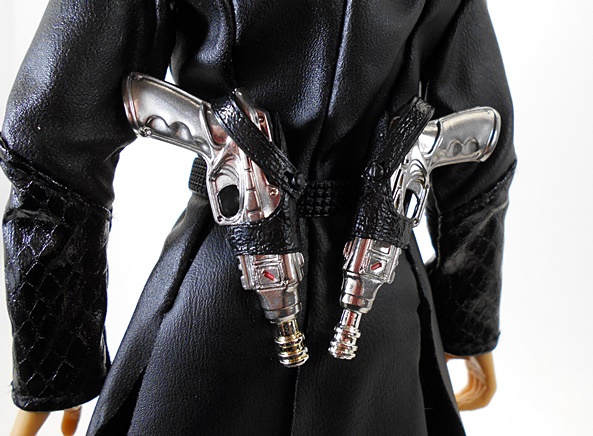 She also features her chromed pair of laser pistols, or whatever they were. These can be stored in holsters on her back and each holster has a retaining strap to keep them in place. These are pretty cool sculpts and the chrome finish looks good. Her hands aren’t as suited to holding them as tightly as I would like, but I was able to make it work.

Baroness also comes with a rather nice assault rifle with a shoulder strap and a scope. 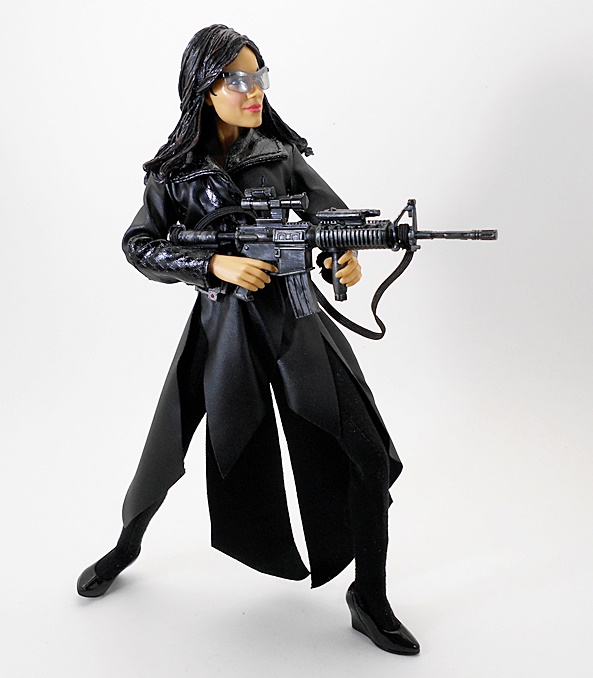 I’m not going to tell you this is a great figure, but it’s not the worst thing I’ve ever spent thirty bucks on. As a fan of Dragon’s Danger Girl figures, The Baroness here sort of fits into that genre only with a lot fewer accessories. As a one-off figure for a questionable movie and a Con Exclusive, it is at the very least a curiosity. That’s not exactly a ringing endorsement, but it’s all I’ve got. I don’t regret buying it, but I’m sure not going to recommend it.