Hells yeah! This is the kind of thing I joined Club Infinite Earths for! Finally, it’s the f’ing Elongated Man! Not to slight any of the excellent figures that have come from CIE before him, but I’ve had a certain DC Direct version of this guy chilling on my DCUC shelves as a place holder for a little too long now. Next to Jay Garrick Flash, this is the one CIE figure that scratches my itch the most. Sure, that DCD version is great and all, but getting an actual DCUC style figure of Dibny? Well, this has been a long time coming. Let’s check him out…

It’s the ever so slightly redesigned Signature Collection packaging. I think this is the third time we’ve seen it and it’s starting to grow on me. Or at the very least I’ve decided the changes are mostly harmless. Truth be told, I’m only hanging onto the boxes for the oversized quarterly figures now, so I’ll be taking a pair of scissors to this box to save the back and the rest will get trashed. Hey, space is precious and Dibney’s going right on my shelf anyway. Generally speaking, I’m usually blown away by the character art Mattel uses, but that’s not so much the case here. I appreciate that they are trying to show off Dibny’s elastic personality, but I’m just not feeling this character art. The bio on the back chronicles Dibny’s troubled life, but it does not explain why the DC writers like to mentally torture him so much. Let’s check out the figure… 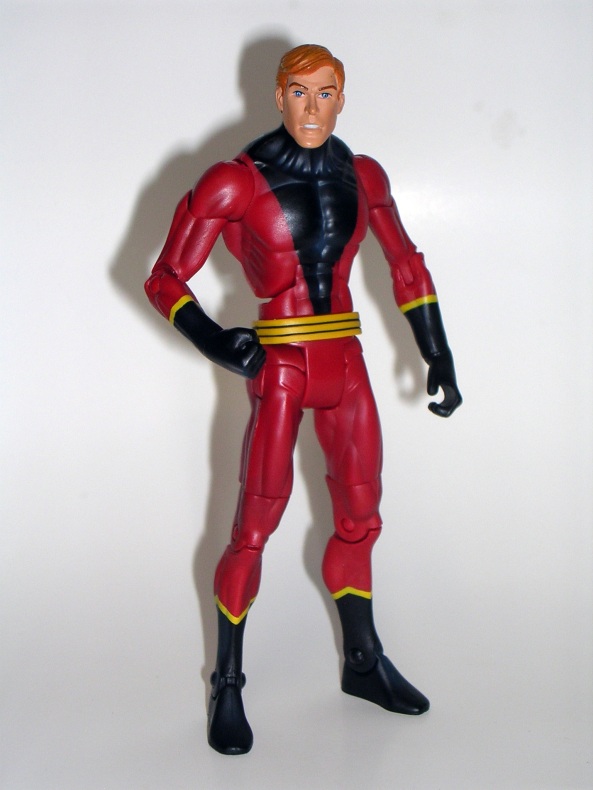 Starting off with the head sculpt, I think the portrait here is excellent. I was very pleased with the DCD version’s head sculpt, but now that I’ve seen this one it’s a little hard to go back. This portrait is less harsh and angular than the DCD version and he’s not as sickly pale either. It makes sense, though, as the DCD version is from “Identity Crisis” and this one looks like Dibny from a less tragedy stricken time in his life. I’m not entirely sure the expression they were going for with this figure, but I do love it. It’s a little neutral with a bit of “gee-whiz” deduction thrown into it. I’ve always had a soft spot for Ralph and I think this portrait captures his personality extremely well. At least before he completely lost his shit over the tragedy with his wife, but I’m glad that Mattel didn’t try to sculpt angry-desperate-vengeful Dibny. 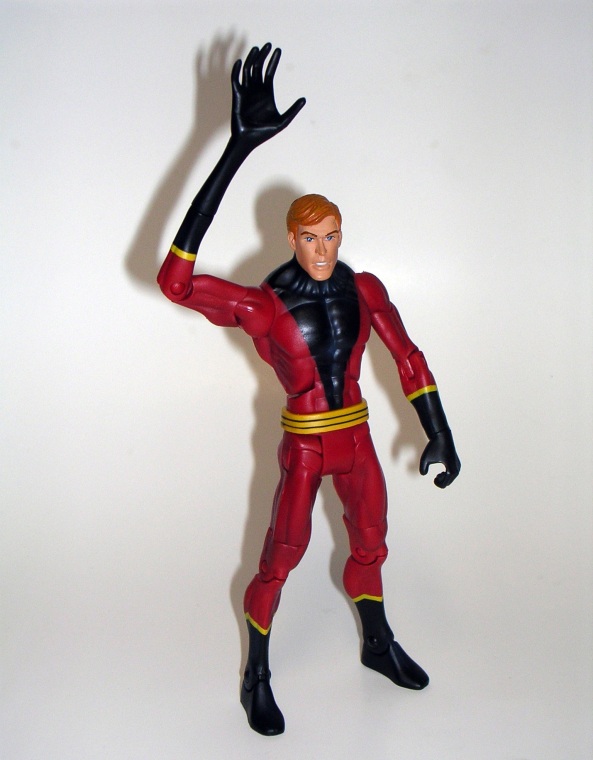 As expected, Ralph’s costume is achieved mostly through paintwork on a standard DCUC style buck, so there isn’t a lot of original sculpting here. He’s mostly red with black gloves, boots, and the “V” down the front and back of his torso. There are yellow borders around his boots and gloves, and he has a sculpted belt comprised of a simple black and yellow band. The paintwork is overall pretty good, although there are a few small spots on my figure’s chest where the black chipped.

In package, Elongated Man comes with his right arm stretched out, but you also get a regular fist that you can swap with it to make him normal. The DCD figure had a lot more stretchy gimmicks, with two bendable arms and an extending neck. I wouldn’t have minded two stretch arms for him, but I’m still happy with what they did here. It’s just enough to show him flexing his powers without going all nuts. He also comes with a very cool magnifying glass, which he can hold in his left hand.

Elongated Man features your standard DCUC articulation. That means a ball joints in the neck and shoulders, the arms feature swivels in the biceps and wrists, and hinges in the elbows. The legs have the classic DCUC hip joints, which allow for lateral movement, swivels in the thighs, and hinges in the knees and ankles. You also get an ab-crunch hinge and a swivel at the waist.

And so, finally I can retire my DCD version of Ralph Dibny to my DC Direct drawer and represent the character on my shelf in proper DCUC style. In this case, however, I’m still happy to own both versions, as the DCD figure does offer a lot more display options, but each figure brings its own charms to the table. On the other hand, I really am thrilled with this figure’s head sculpt. Sure, he’s a simple enough figure, but Mattel really did a wonderful job with it. Now I really need to double back and pick up Firestorm and Red Tornado.