It’s been a while since I did a Vintage Vault, but a trip to an estate sale last week netted me some good VV material with Sectaurs’ Prince Dargon, the leader of The Warriors of Symbion. He’s one of the few figures in this line that I still needed to add to my collection. Dargon was available in two versions. You could get him boxed with his mighty Dragonflyer steed, or you could get “Night Fighter” Dargon with his little bug buddy Parafly. The figures each had their own unique paint scheme and gear. Night Fighter Dargon was ironically painted silver, which means the one we’re looking at today is the one that came with Dragonflyer. I searched that whole damn house for Dragonflyer, but the people running the sale insisted that all the toys were in the one bin, and apart from an accessory-less Zak and Mantor there was nothing else from the Sectaurs. Loose, Dragonflyer is notoriously difficult to find with his wings still intact, so I’m probably going to have to break down and buy a MISB one someday which will give me doubles of Dargon. Curses! 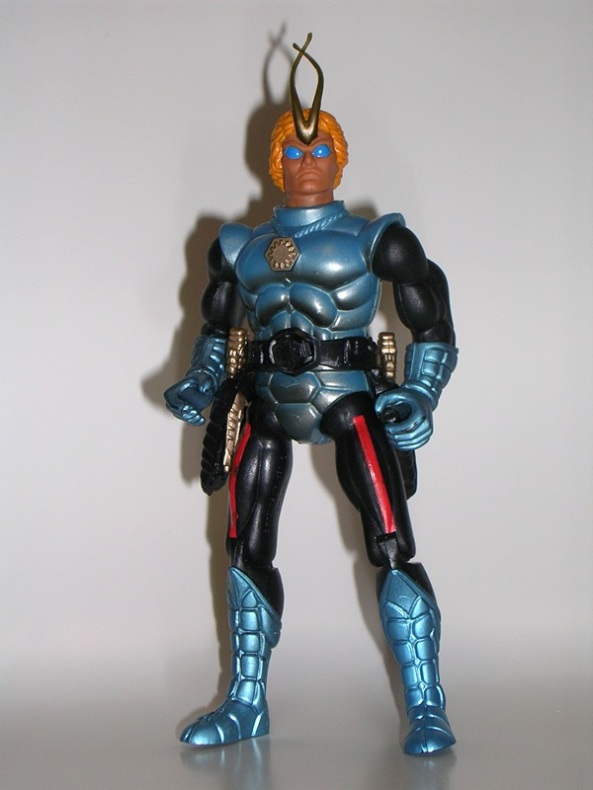 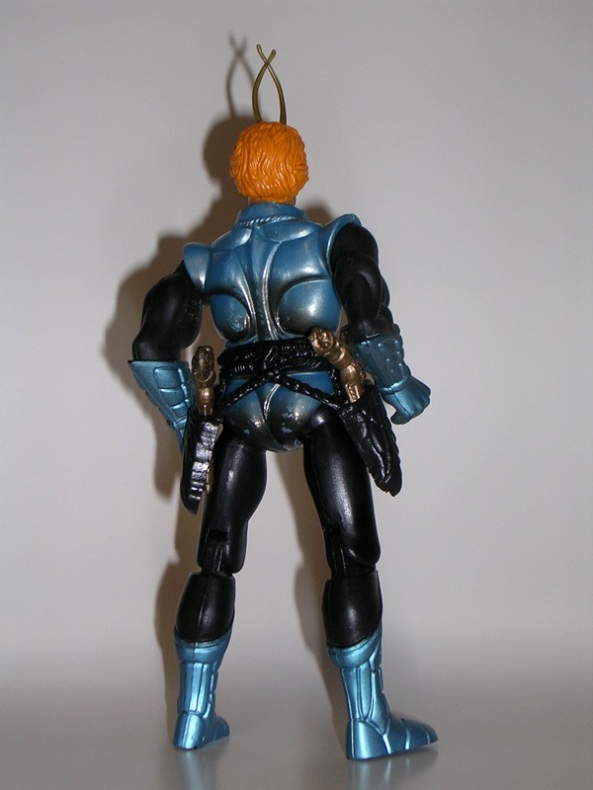 I’ve gone on and on in the past about how much I love the aesthetics of this line. Look at him… he’s gorgeous! Most people who remember Sectaurs at all remember them for the super imaginative bug rider puppets or for having one of the biggest playsets of all time, but I think the figures stand just fine on their own. The big eyes and the antenna are just so damn distinctive and even the good guys look creepy. Dargon also looks seriously pissed off, like maybe Pinsor ate the last donut and he’s about to rip his antenna right off his head. I also dig how the yellow paint for his hair is so fresh even after all these years.

The body sculpt is pretty similar on most of the good guys, but the flared shoulders and chiseled muscles in the armor look good, especially when accompanied by the cool glossy paint. Dargon is special because he has an amulet sculpted into his chest. I’ve never actually seen much of the cartoon and while I’ve read a bunch of the comics, I don’t remember any mention of the amulet. Maybe it’s the bug-guy equivalent of The Matrix of Leadership. The sculpted panel lines on his gauntlets and boots really impress the hell out of me. Alas, the stylish red striping on the front of my Dargon’s legs is a bit miffed, but nothing too bad. Hey, it’s tough to go into battle and keep your pants clean.

One of my favorite things about the Sectaurs has always been accessories, but it can also be one of the more frustrating things about collecting them. The figures themselves are quite common and often reasonably priced, but a lot of the ones I see only come with a fraction of their gear, or none at all. I thought I hit the jackpot with this Dargon, but I do believe he’s still missing something. I seem to remember him coming with another sword or rifle. He does have his removable belt, which includes two functional holsters for his twin vengun pistols. He also has his double-edged broadsword and shield. Like Masters of the Universe, I’m always a sucker for fantasy that mixes tech with swords, so I love the fact that Dargon comes with both. The guns and sword feature very detailed sculpts. 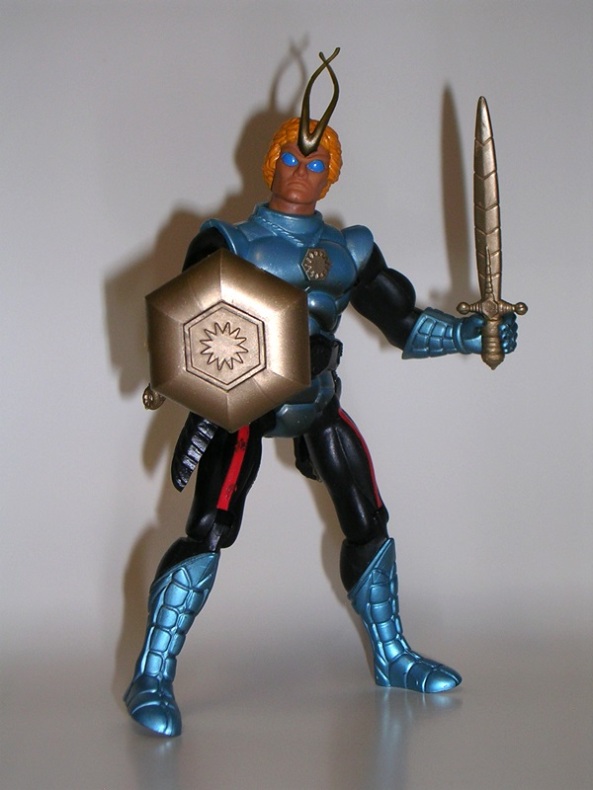 Dargon was two bucks and that’s why I love estate sales. Sure, I had to get up at 6am to get a ticket and then spent an hour eating a terrible breakfast at Denny’s and screwing around on my Kindle to kill time until it opened. But hey… Sectaur figure for two dollars! I was lucky that even after being tossed into a bin with a bunch of Barbies and MOTU figures that he had his pistols in his holsters and was still clutching onto his sword and shield. The odds of that were pretty slim. He’s an important figure and I’m glad to have him on my shelf. Unfortunately, every time I get a new Sectuars figure, I start jonesing to hunt down accessories or more complete figures on Ebay and I’ve managed to be Ebay Free for almost a month now.