As promised, today I’m back to check out the fourth addition to my “New 52” DCUC-style Justice League. The Flash has had a lot of love from Mattel over the past couple of years. We finally got Jay Garrick, we got Mirror Master, soon we’ll be getting Wally West, and now Barry Allen joins the ranks in his reboot costume. I only read the first couple issues of the current Flash book, but I enjoyed it quite a bit and I have the first two volumes of the collected editions on my bookshelf waiting to be read. I am, however, up to date on my Justice League reading and while I think the story took a nose dive around issues #8 to #12, I enjoy the chemistry between the characters, and I really like Flash in that book. 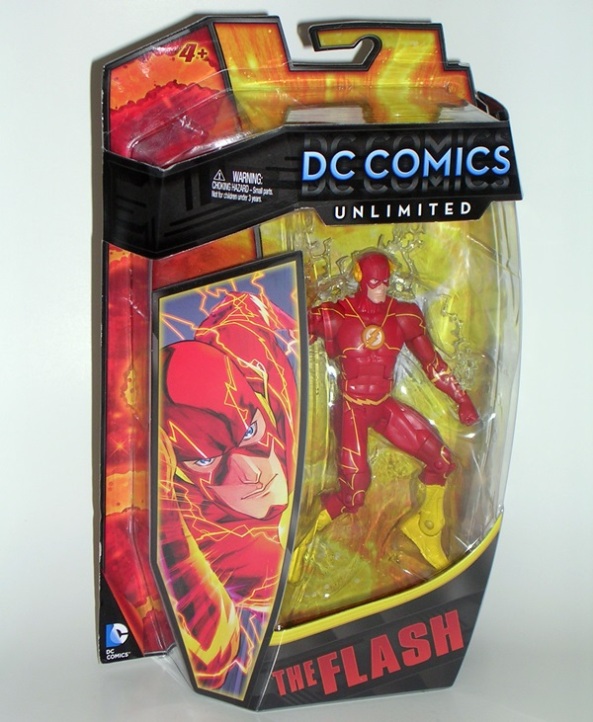 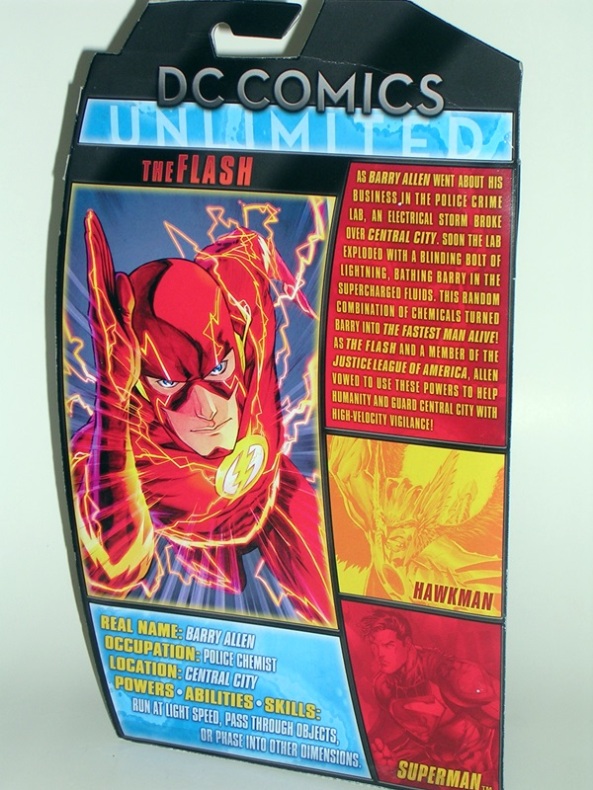 The packaging here is the same as we saw yesterday with Wonder Woman, so we can just take a gander and move on. I still really dig the art on the big side panel, although in this case, I think they took it from Flash’s own book, rather than Jim Lee’s awesome Justice League art. The packages are so big that the lack of a C&C part is rather conspicuous, but I’m perfectly fine with Mattel not going down that route again with these guys. I already have the All-Stars New 52 Superman and I probably won’t bother with Hawkman. 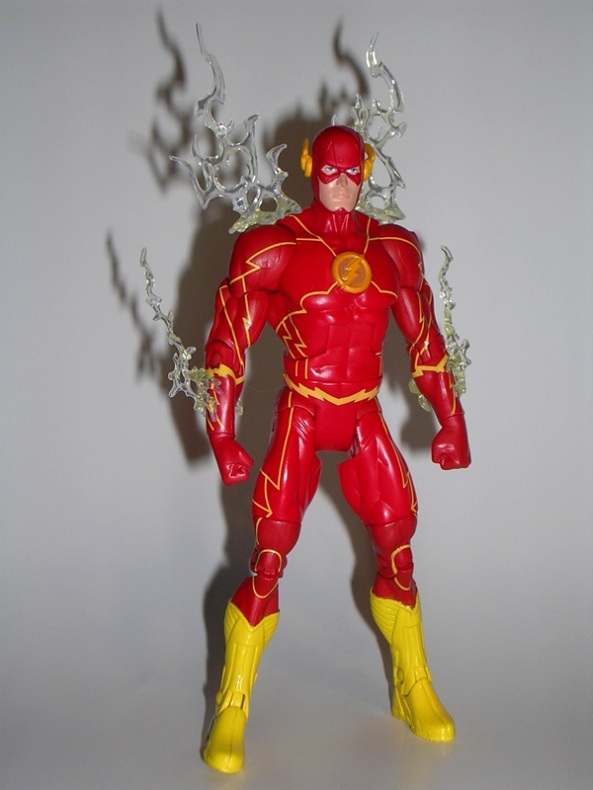 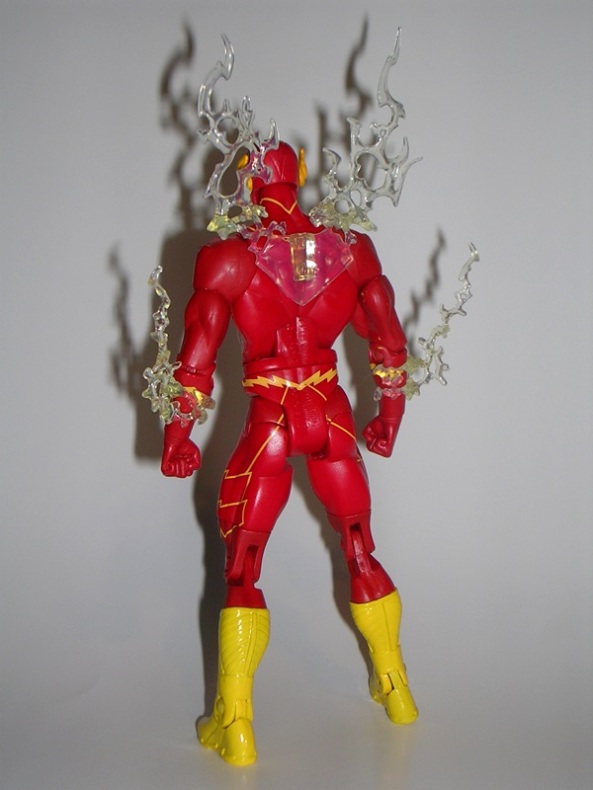 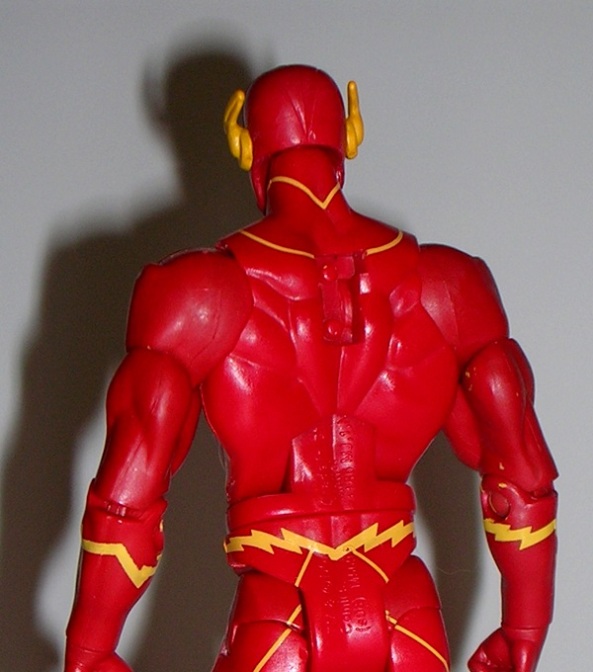 I was disappointed to see that Mattel incorporated the lightning effects into the figure. I didn’t like these on my DCUC White Lantern Flash, and I don’t much like them here either. On the plus side, they are all removable. On the downside, removing the one in his back leaves a big hole there. Here would have been a great opportunity for Mattel to toss in a little piece of red plastic to fill it in, but this is Mattel, and I know them better than to expect that. Ok, on to the figure. 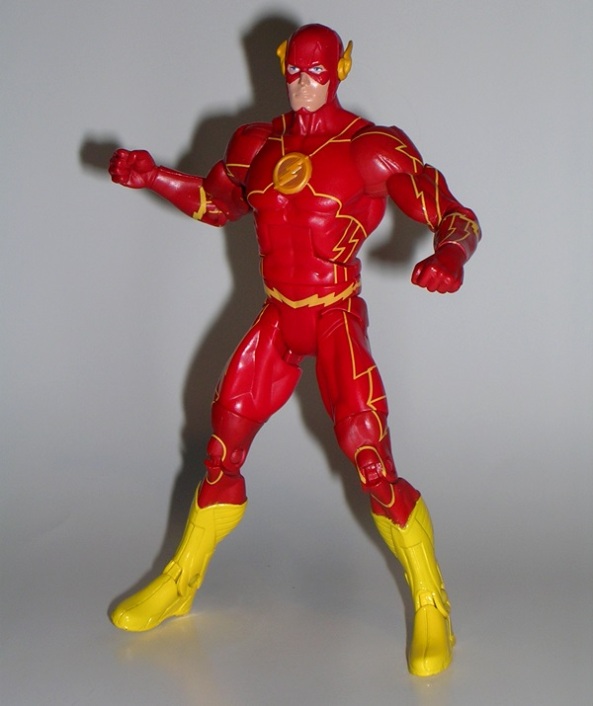 I really dig Flash’s current costume, and I think it looks particularly nice on this figure. He’s molded in a vibrant red plastic, and the added yellow piping just makes the costume look more dynamic and interesting. The apps for the yellow striping are applied with razor sharp precision on my figure. I remember when first reading Justice League, the back of the book had some artist design notes for the new costumes and pointed out that all the emblems should be raised whenever the characters were reproduced in 3D form. Mattel has been true to that directive on all the figures so far, and Flash is no exception. His emblem is sculpted into his chest and apart from his boots, represents the only real sculpted detail on the costume. The boots are somewhat similar in design to Superman’s and even a little bit like Batman’s. I like the added detail a lot. 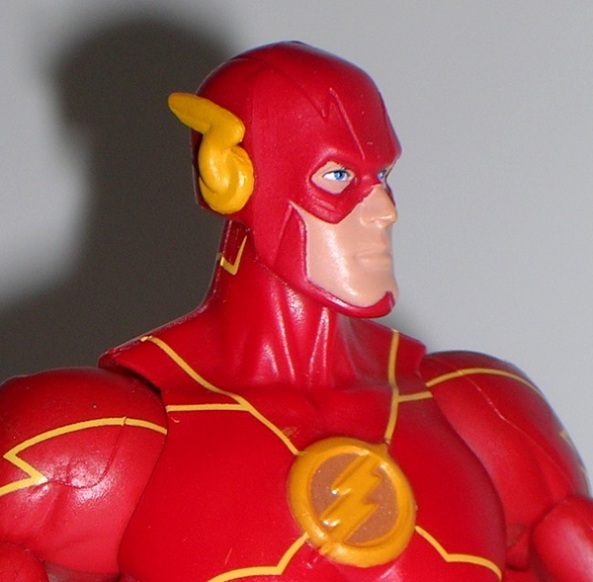 Barry’s head sculpt is excellent. Yes, he’s a little stern looking. Maybe a slightly more light hearted expression would have worked too, but what’s here is fine. The lightning style panel lines are sculpted into the hood and the lightning on the sides look great and are surprisingly not made of super flimsy rubbery warping plastic. 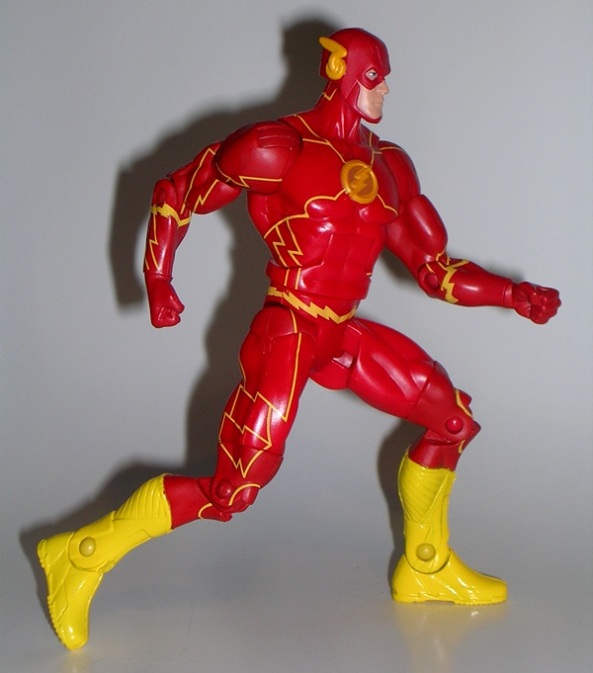 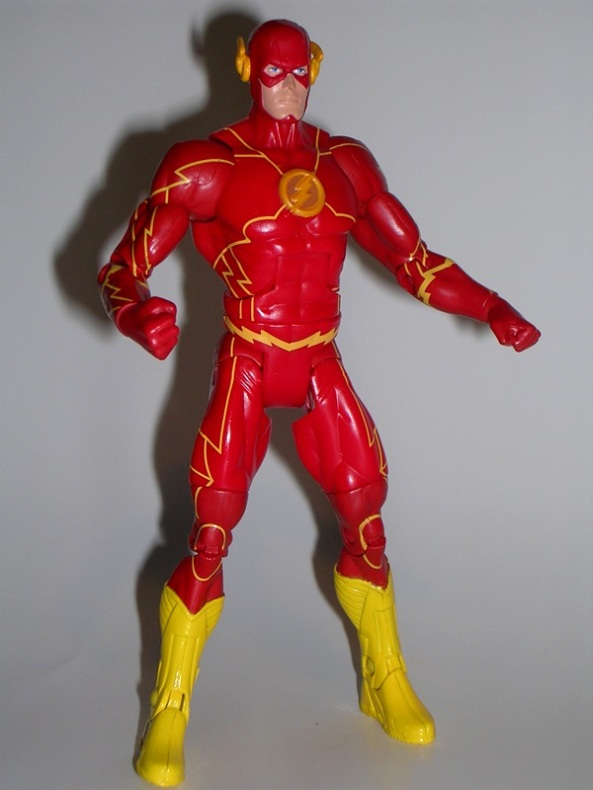 Flash is a nice figure, stupid effect parts notwithstanding. So far, I’m fairly happy with DC Unlimited. For a while there, I was tempted to just go the DC Collectibles route and get the whole Justice League in one shot and be done with it. Sure it would have been cheaper, and I wouldn’t have to wait, but I’ve become so used to having the DCUC style articulation in my DC figures, that I’m glad I went this route. Hopefully we’ll be getting Hal, Aquaman, and Cyborg soon too, although if Mattel makes me wait long enough I can’t say I won’t go back and pick up the “We Can Be Heroes” set at some point down the road.