I know, I know. I skipped an entire wave. What the hell happened to the Hit Monkey wave, FigureFan? You only looked at Ultimates Cap! I’ll get back to that wave eventually. I just so happened to be shipping my Pile of Loot and I threw these guys in. I was tempted to do an entire week of them, but instead I’ll try to space them out over the next couple of weeks, because I have a lot of other stuff to get to as well. I’m also writing this on the morning after some epic drinking, so pardon me if I’m a tad incoherent from the hangover. The show must go on! Anyway, I’m kicking the wave off with Black Panther. Why? Not because I have any special affinity for the character, but because he’s the first figure I grabbed out of the pile.

Hasbro hasn’t tinkered around with the Marvel Legends packaging since it’s relaunch. It’s still awesomely obnoxious and delivers concentrated comic booky goodness. The character art is rather simple, but then I suppose there’s only so much you can do with Black Panther. The top of the card points out that this release is part of the Rocket Raccoon Build-A-Figure wave and indeed there are two tiny raccoon arms on the tray beside the figure. 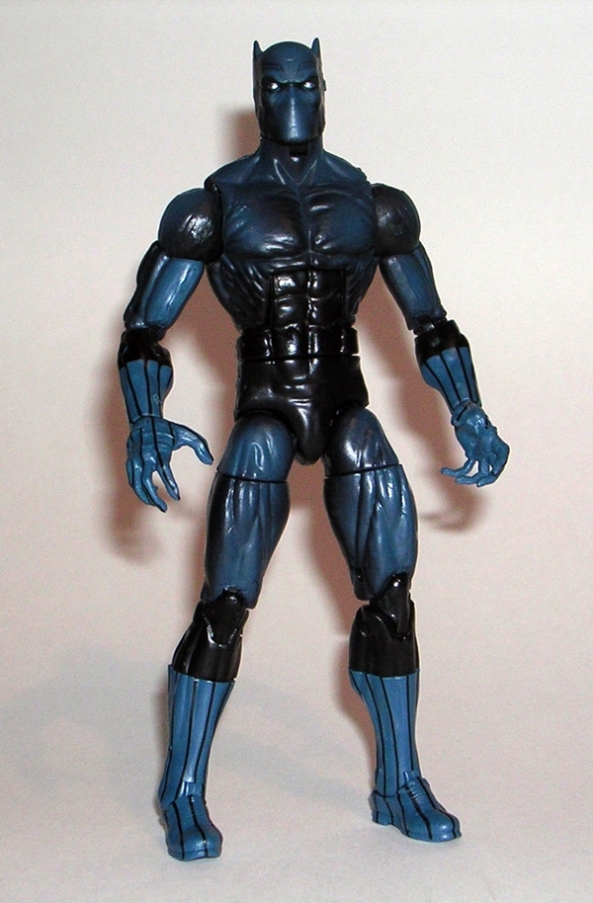 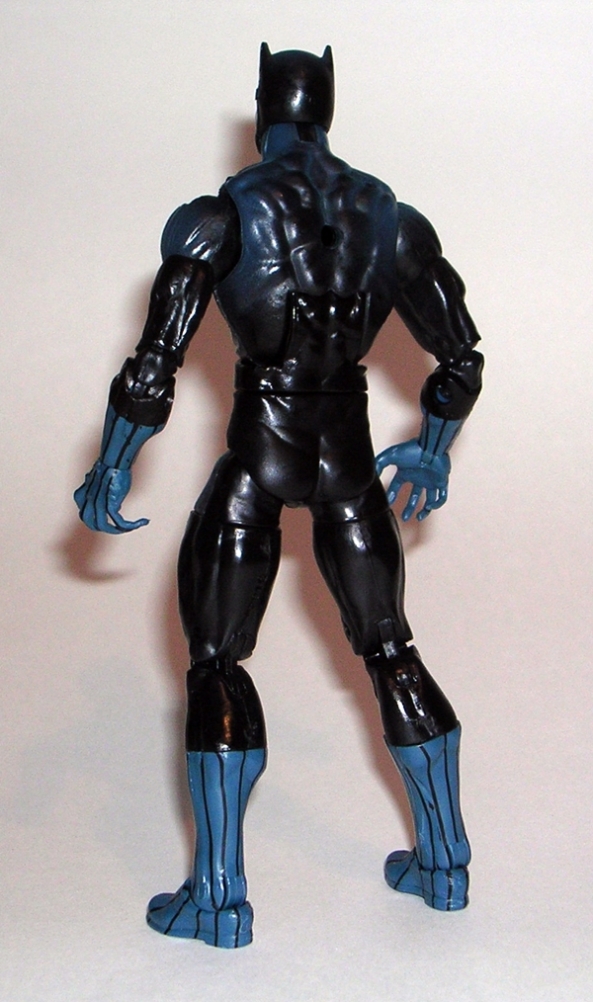 I had my doubts about this figure, mainly because of the early production shots. They made his head look too big and his coloring seemed off. I just wasn’t feeling it. I’m happy to say, however, with figure in hand things have changed. Don’t get me wrong, there’s not a lot to him, but that says as much about the character design than it does Hasbro’s effort. The figure uses a simple male buck and I approve of the body style. He’s muscled, but not overly so. Black Panther is all about crazy acrobatics in his fighting and I think this slighter build properly reflects that. The hand sculpts go a long way to add to the figure’s personality, as they look like he’s ready to claw the shit out of somebody. I do think there are a few missed opportunities here to spruce up the figure. A removable cape would have gone a long way to make him more exciting, or possibly the tribal necklace he sometimes wears. As he is, he’s just kind of bare bones.

The head sculpt is excellent. I really dig the way you can make out the structure of his face under the mask. The silver eyes look great, as does the furled brow. The absence of a mouth always made him look extra creepy to me and that’s no less true for the figure.

As for the paintwork… well, Black Panther is a guy in a black suit. Hasbro added a little spice to the figure with the blue comic style shading. I’m not usually a big fan of this effect, at least not when Hasbro is doing it, but it looks ok here. They had to do something, rather than just stamp out a black figure. On the other hand, I’m not sure about the striping on the gloves and boots. I probably would have preferred that they left that out. 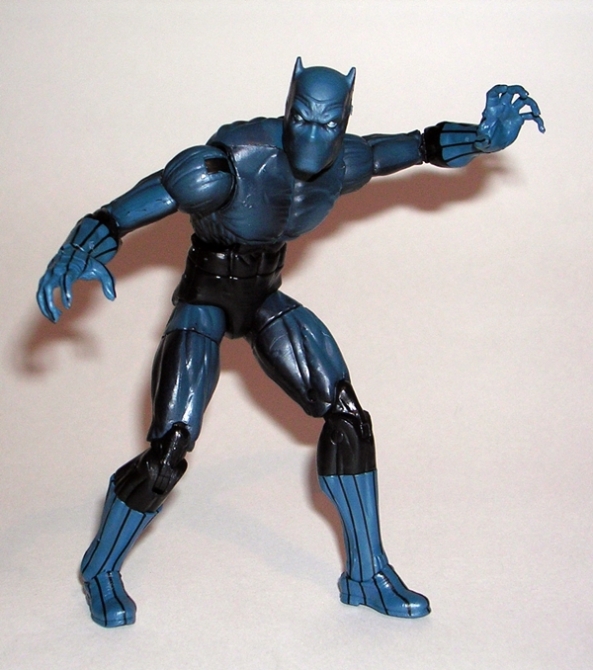 One thing any Black Panther figure should have is top notch articulation and this guy mostly succeeds there. You get ball joints in the shoulders and hips. The arms feature swivels in the biceps, double hinges in the elbows and both hinges and swivels in the wrists. The legs have swivels in the thighs as well as a the tops of the boots. The knees are double hinged and the ankles have single hinges. The torso swivels at the waist, has an ab-crunch hinge and the neck is both hinged and ball jointed. The only thing I would have added would be the shoulder crunches seen on some Marvel Legends figures, but what’s here is still plenty good and he is definitely a fun figure to pose.

I’ll happily admit that Black Panther isn’t among my top tier Avengers, although I have warmed up to him in recent years. I do really dig his back story, but as a character himself, I can still usually take him or leave him. That having been said, he’s still a pretty major player in the Marvel Universe and I definitely wanted him on my shelf. Hasbro did a solid, albeit very conservative, job on this figure. He doesn’t rank among their better efforts like Steve Rogers, Thor or Punisher, but there’s really nothing wrong with him either.

One comment on “Marvel Legends: Black Panther by Hasbro”