The clock is running out on Matty’s Club Infinite Earth with Ocean Master being the first of the final three figures to be released in the Subscription and no new Sub going forward in 2014. These last figures are going to be a mixed bag for me, but of the three, Ocean Master here is definitely my most anticipated. The DCUC Aquaman on my shelf is getting pretty jealous of the other Justice League members and their expansive Rogue Galleries while all he has is Black Manta. Finally he can stop spending all of his time freeing dolphins from tuna nets and go fight somebody new. Besides, I’m fresh off of reading “Throne of Atlantis” and I gotta say, I really dig Ocean Master’s appearance in The New 52. 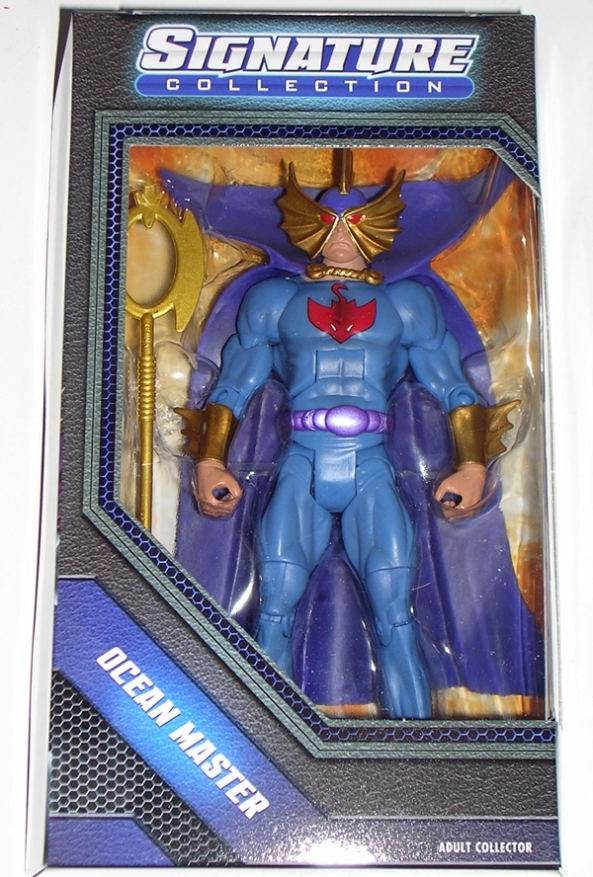 There’s the compact little window box I’ve come to know and love over the last couple of years. Of course, this is the Classic design of the character, which I’ve always been rather fond of and he sure looks nice in the box along with the excellent character art. If DC was all I collected I’d have these boxes all lined up on one of my shelves with the lovely character art showing on the side panels. <sigh> Unfortunately, I barely have enough room to display my DC figures loose, so these boxes have all been consigned to the landfill or possibly recycled into My Little Pony packages. Let’s get him out and take a look… 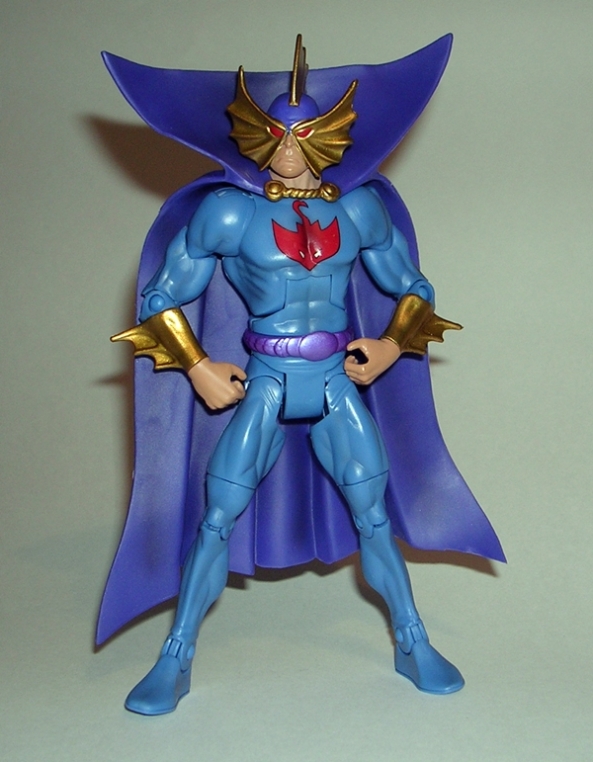 Last month we got a lot of new tooling with Huntress. This month, not so much. Ocean Master features a standard blue buck with a sculpted belt and sculpted fins on his bracers. I expected Matty to go with the fins on his calves too, but I’m glad they didn’t as it would have made him too similar to his nemesis Aquaman. Ocean Master does get a brand new head and it is a very cool sculpt. Matty went for something a little more subdued than what is depicted on the maniacal box art. He has a solemn, somewhat perturbed visage peeking out from his awesome finned mask. The new tooling is punctuated by a glorious cape with a ridiculously wide collar. I love it! 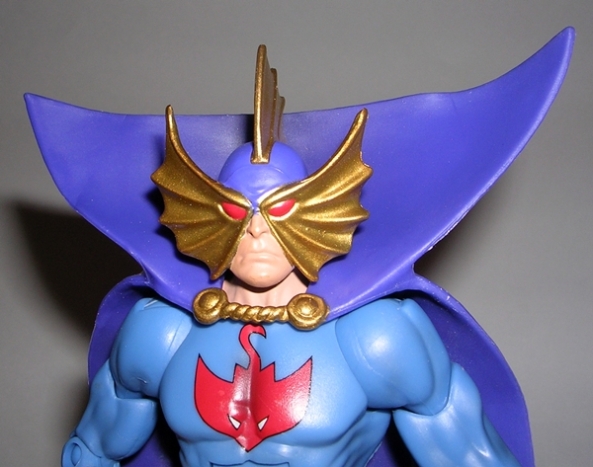 Ocean Master gets by with minimal paint apps. His buck is cast in blue plastic, with some metallic purple paint on his belt to match his purple cape. His bracers, mask fins, and cape clasp are all painted in metallic gold. His ray emblem is stamped on his chest and he’s got flesh tones for his hands and face. The coloring is understated, but he still sports a very pleasing deco.

Articulation is what we all expect out of the DCUC style. The arms have ball joints in the shoulders, hinges in the elbows, and swivels in the biceps and wrists. The legs have the usual DCUC style hips, hinges in the knees and ankles, and swivels in the thighs. The neck is ball jointed, there is a swivel in the waist, and he has the usual ab-crunch hinge in the torso. 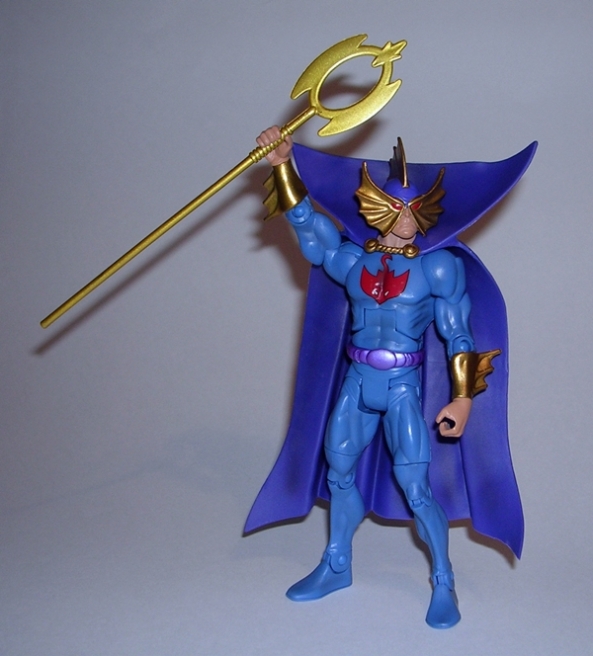 And so, Ocean Master is a solid figure and a welcome addition to my shelf. I’m always eager to expand my Rogue Galleries, particularly someone like Aquaman who is seriously lacking in foes. With only so many figure slots left in the line, it’s easy to start picking apart the character selection, but I think Ocean Master was a great choice. In fact, I’m rather surprised that in 20 waves of DC Universe Classics, he hasn’t made the cut a lot sooner.

Alas, I’m not terribly keen on the looks of R’as, so hopefully he’ll look better in hand, and I’ll confess to being morbidly curious about Batzarro. It’s worth pointing out that Mattel revealed at NY Comic Con that they will be producing the four figures that were shown off for Club Infinite Earth in 2014. These will include 90’s Aquaman, Ice (YES!!!), Black T-Shirt Superboy, and hell if I can remember who the other one was. If I can’t remember, I certainly wasn’t going to buy it. They are set to be sold quarterly on Matty Collector for $25 each. Had the price held firm at the already steep subscription prices, I would have likely bought the three I can remember. At $25 plus Matty shipping rates, only Ice is a sure thing, and possibly Aquaman. Containment Suit Doomsday will also be released as a Con Exclusive, but I’ve got no interest in that figure at all.