So, a couple of weeks back that new Spider-Man movie came out. I am wholly unmoved by the Garfield reboot so l figured I’d catch it on Blu-Ray at some point. Then some friends were going to see it and I allowed myself to be dragged along. I thought it was pretty terrible, but that’s a discussion for another time and place. I was similarly unmoved by the wave of Marvel Legends figures that preceeded the movie, however, I did pick up the Superior Spider-Man and Amazing Spider-Man and liked them a lot. But wait, wasn’t there one more figure that I wanted out of that wave? Oh yeah, it was the impossible to find Black Cat. I broke down and paid a bit of a premium for her last month and she’s been sitting on my stack of unopened figures ever since. Time to remedy that, eh?

We’ve seen the new Legends Infinite packaging around these parts plenty of times so I won’t bother going on about it. I like it a lot, and because Black Cat comes with the Ultimate Goblin’s torso, there’s certainly a lot of plastic crammed onto that tray. Black Cat comes a little pre-posed with her whip flourishing over her head, but not to worry, it didn’t seem to warp any joints or anything. You may also notice that Black Cat’s name doesn’t appear anywhere on the package. Instead, it reads Skyline Sirens as she shares this slot with Julia Carpenter Spider-Woman. I’ve waited a while to get this figure, so let’s free her from her package prison and check her out… 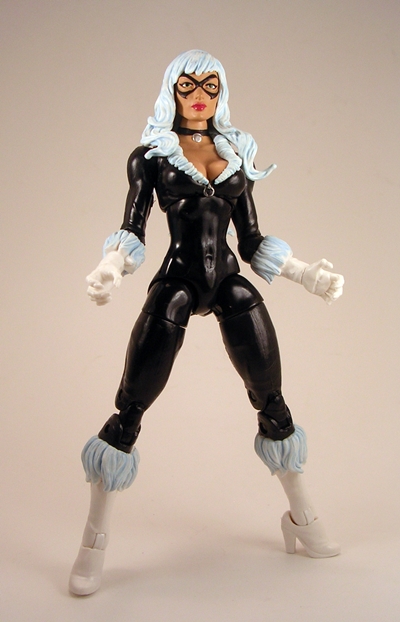 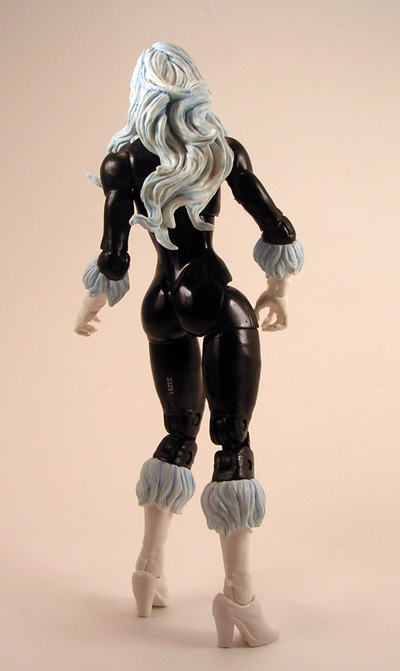 Yowsa! Dat ass! Black Cat reuses parts from the modern female buck that we saw in the SDCC Thunderbolts boxed set, and she does it well. Besides being a nice and shapely body, there’s enough resculpting here to make it work for me. The boots and gloves have the additional sculpted fur fringe and the upper torso is completely new with the fur fringe on her plunging neckline and enough cleavage to embarrass parents walking through the toy aisle with their kids. Her hands are sculpted so as the right can hold her accessory and the left is showing her claws. My only complaint here is that the high heeled boots are so tiny, she is one difficult figure to stand. I’d make the comment that it’s because she’s top heavy, but in fairness her derriere helps to balance things out. 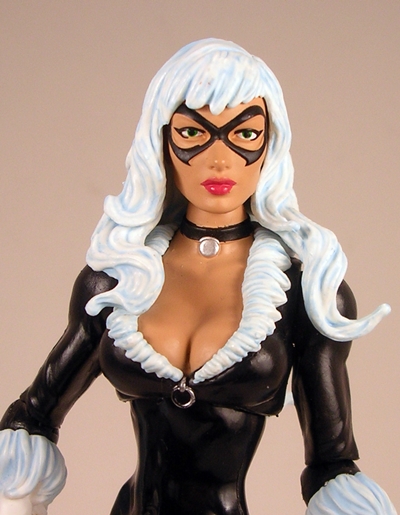 The portrait here is quite good. Obviously, Hasbro has been upping their game on the female head sculpts as of late. Felicia is certainly a pretty lady and the paintwork on her lips, eyes, and mask are all quite immaculate. That’s not something I’m used to seeing in a lot of mass release figures these days. The sculpted hair looks great, but as suspected it does impede the neck articulation quite a bit. 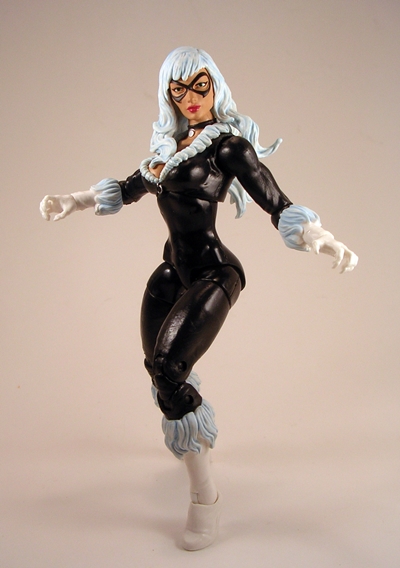 Speaking of articulation, Black Cat has some serviceable points. The arms are ball jointed at the shoulders and elbows and swivel at the wrists. The legs are ball jointed at the hips, have double-hinged knees, swivels in the thighs, and swivels and hinges in the ankles. There’s a ball joint in the torso and again at the neck. The bicep swivels that have been seen in this body before have been removed, and that’s rather disappointing. I also would have liked the elbows to have a wider range of motion. Still, what’s here is pretty good. 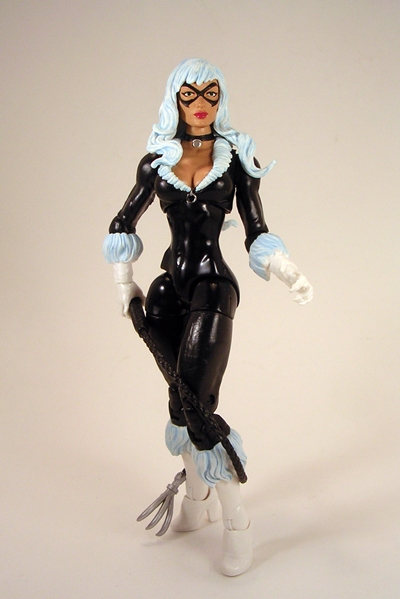 Felicia comes with her whip-slash-climbing claw. It’s a simple, but welcome accessory that she can hold pretty well in her right hand. It’s rather pre-posed but it’s soft pliable plastic so you can do a few different things with it. 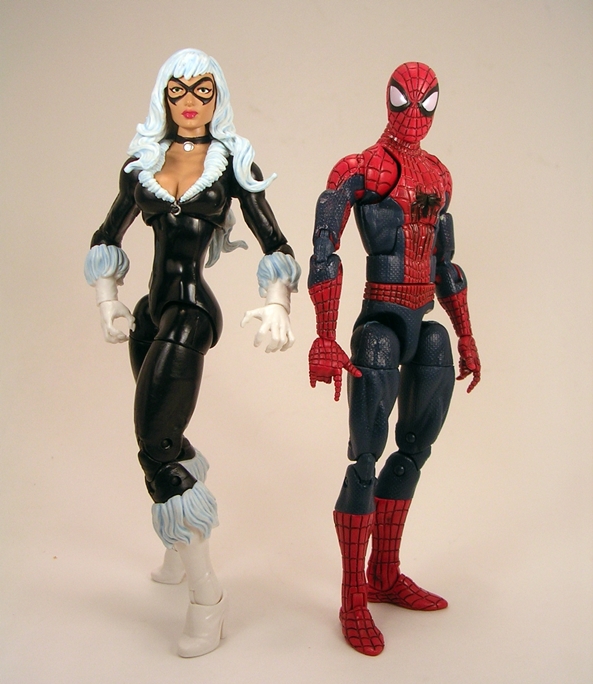 The last Black Cat figure I owned was the less than stellar 90’s Toy Biz effort from their Spider-Man line. Suffice it to say that it’s nice to get a nicer version of the character in scale with my Legends collection. Of course, the problem is that Black Cat, like Black Widow in the Captain America wave, is short packed and damn hard to find at the retail price. I finally broke down and got her for $35 shipped, which is quite a premium, but considering I spend that each month on Masters of the Universe Classics figures, I decided it was worthwhile to get her and be done with it. Ultimately, I’m glad I did. She’s a great looking figure and she also adds the torso to my Ultimate Goblin BAF parts. I doubt I’ll ever get the other figures to finish it, but maybe if they turn up cheap enough I’ll bite.