I can’t believe I’m back to doing a Star Wars feature a week, but for good or for ill it certainly seems like something I’m collecting again. Last week I checked out the excellent Snowtrooper Commander and today I’m going to keep the Hoth snowball rolling with a look at Toryn Farr, th communications officer at Echo Base. It’s unbelievable but true, Toryn is proof that there are still characters out there that have yet to get the action figure treatment. It’s nice to see Toryn finally honored with a figure, but at this point if you’re a Star Wars character and your first figure is being released after Bespin Ice Cream Maker Guy, you should probably take it as a slap in the face.

There’s the packaging. I still think it’s crap. I think the next wave is the one scheduled for a redesign in which we get a diecut card in the form of a Tie Fighter Pilot. I’ve got some things to say about that, but I’ll wait until the packaging comes across my desk first. Anyway, Toryn looks a bit lost in that big bubble and since her two accessories are black, I can barely make them out. But, screw this whole package design, let’s get her out of there… 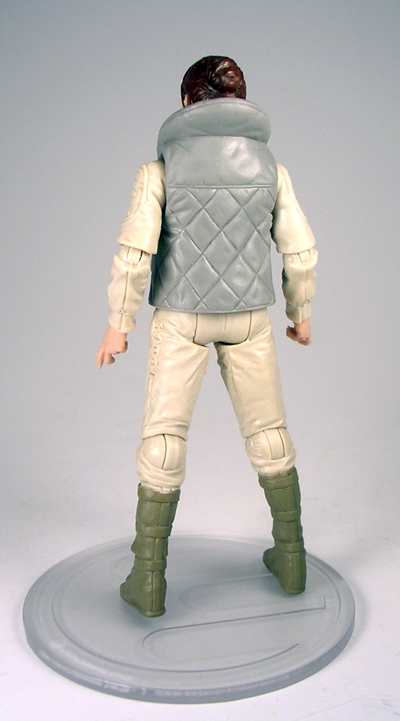 I expected Toryn to be a quick and dirty recycle of the Hoth Princess Leia that we got a little while ago in the Vintage Collection line and I was partially right. The body is lifted directly from that Leia and given a slightly darker wash. Oddly enough the hands are both new and the jacket, while very similar in the pattern has a higher collar and a different rank insignia thingy on the left of the chest. I’m not going to pop in the movie and check to see how similar the two outfits were on screen, so just off the cuff let me say that I don’t have a problem with the reuse here. It makes sense that they would both be wearing some kind of standard issue fatigues and the fact that Hasbro bothered to make her a new vest is good enough for me. The new head sculpt is pretty good, especially considering Hasbro’s track record with the ladies. Toryn is sporting some rather intense cheekbones but all in all I think it’s a pretty attractive portrait and a fairly good likeness.

Since the body is shared with VC Hoth Leia, Toryn features the same mixed bag of old and new articulation. You get ball joints in the shoulders, elbows, knees, and neck. That’s all good, but then we scale back with a simple swivel waist and the old T-crotch for the hips. The complete lack of any articulation in the ankles is curious, but considering the character, I don’t know that it’s a critical omission. 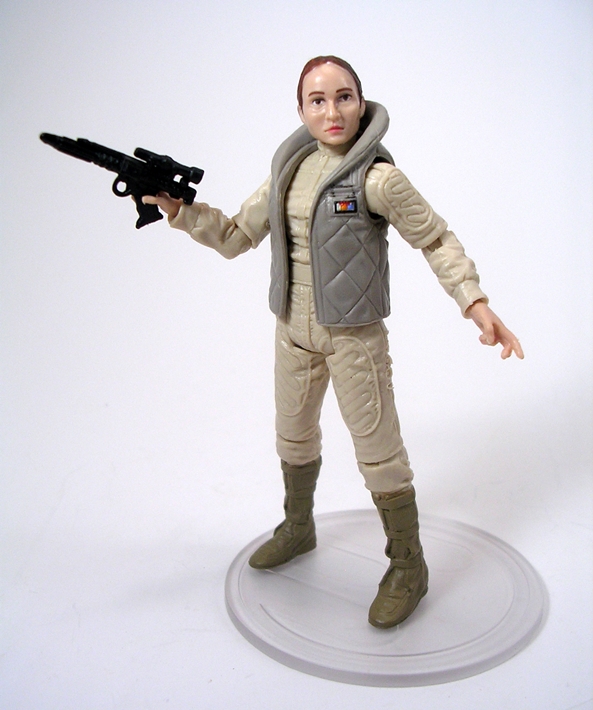 Toryn comes with two accessories, a rebel blaster and a set of headphones. I lost the blaster that came with my Hoth Leia so chances are Toryn’s weapon is going to her. I’m cool with Toryn just sitting around taking calls on her headset. “Hi, you’ve reached Echo Base. We’re under Imperial attack right now and cannot take your call. Please leave a message after the beep.” Not to belittle her job, she did give the firing order to disable a Command Star Destroyer. That’s pretty badass! 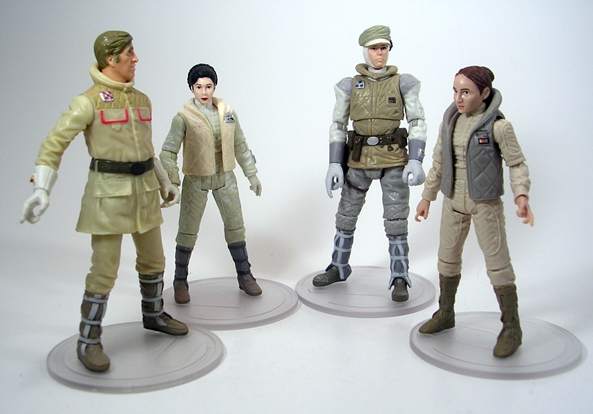 I like this figure a lot and I think it’s plenty cool that Hasbro is still finding characters to produce. I can’t say as I’ve sat around pining for the day that Toryn Farr joined my collection, but then every additional Hoth figure I pick up gets me just a little more motivated to go out to Michaels, get a crap ton of styrofoam, and build an Echo Base playset. I’m also always happy to see another female character get the action figure treatment, particularly when they’re just in a supporting role.