This is finally it… Kotobukiya’s ArtFX+ Avengers have finally assembled with the release of the final statue, Iron Man. I’ve been loving each and every piece in this line, but I was getting really excited to finally get the team on display together. Iron Man was available in two decos. You could go for the comic accurate black and gold Marvel NOW! version or the more traditional red and gold variant. I’m actually a fan of the black and gold look, and if this was a stand-alone piece, I probably would have gone for that one. In the end, I picked up the variant only because with Hawkeye, Black Widow, and Thor sporting so much black I wanted to add a little more color to the team display. 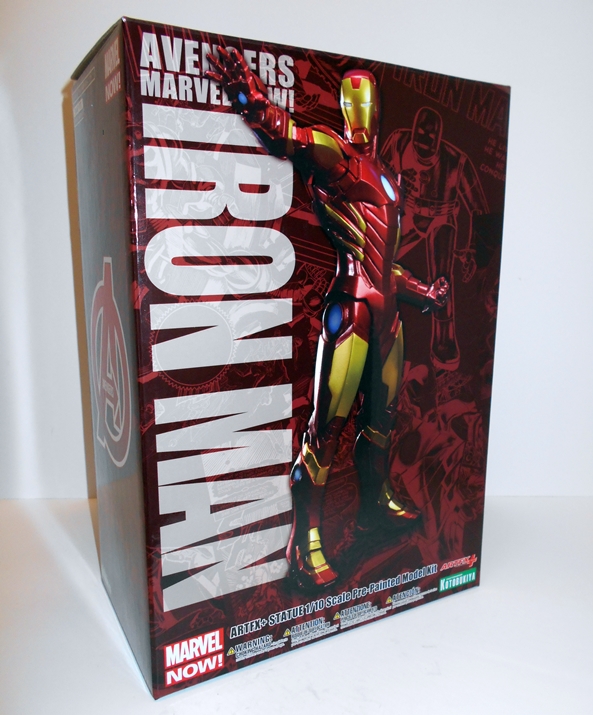 I don’t really have anything new to say about the package. It’s a colorful and attractive fully enclosed box that protects the goods really well and looks damn nice on the shelf. I also dig the fact that the variant is what’s actually pictured on the box. Sometimes these things will simply be denoted with a sticker. Inside are two clear plastic trays securing all the parts to build Iron Man, including the torso, head, and all four limbs. Everything fits together snugly and I had no issues assembling my figure. 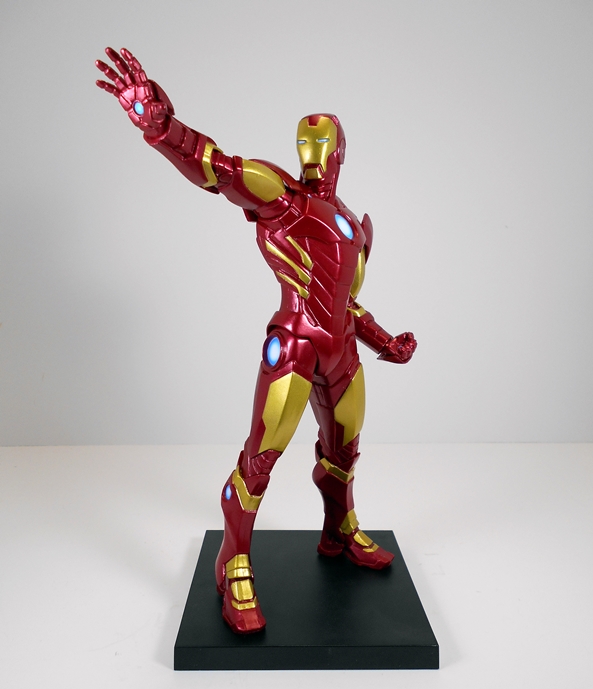 Koto has been quite conservative with the composition of these statues going more for iconic character poses rather than originality and Iron Man is certainly no exception. He stands with his right arm stretched out about to fire off a blast from his palm repulsor. He has a moderately wide stance and his left arm is balled up into a fist. Sure, we’ve seen Stark in this pose a thousand times, but I still love it and I think it’s particularly effective for a statue meant to be displayed with the entire Avengers team.

I’m also a fan of the style of this Marvel NOW! armor. I can see a lot of influences in it and in a way it strikes me as a more angular Extremis armor with the circular chest repulsor (my favorite) as opposed to the triangle. It features all the necessary segmentation between the plates and rather than go with a bunch of panel lines, the plates themselves are smooth and featureless giving it a very pleasing comic book vibe. 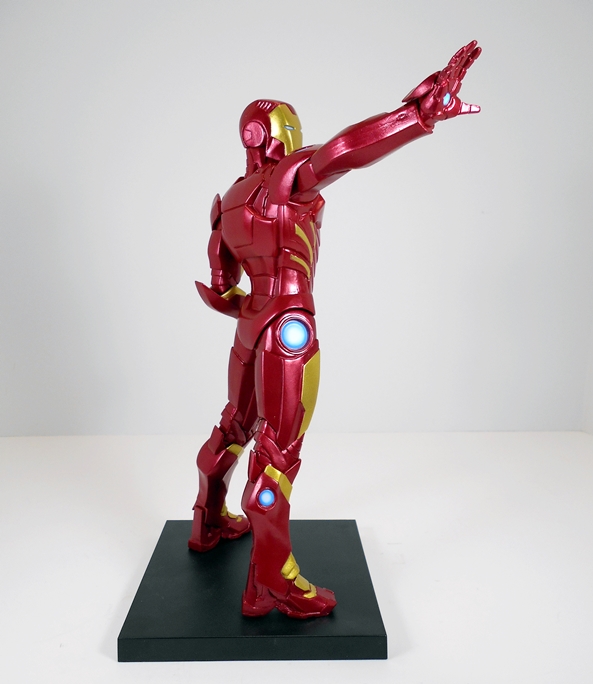 Koto rarely skimps on the paint quality, so it should be no surprise that Iron Man features a gorgeous coat of metallic red paint with gold metallic trim. The paint lines are clean and precise and there’s just a few very minor blemishes that I could spot under close scrutiny. The one area where the coloring on this piece isn’t all it could be are the repulsors on the chest and hips. These appear to be stickers and aren’t terribly convincing. They look rather Hasbro-ish to me, which is a tad disappointing in a fifty dollar collectors piece. Oddly enough, this is one the rarer instances where I think they look better in pictures than in person.

As always, you get the simple black square base. It’s metal and designed to work with the magnets in the statues feet. You can adjust him anywhere you want on the base or even connect the bases together and have him straddle two of them. Of course, Iron Man can stand just fine on his own too.

With the team all assembled, I have to say I’m so very glad that I started down this road last year. While any of these statues would work just fine as stand-alone pieces, nothing beats having them displayed together and Koto designed them with that in mind. There are a few ways to go when displaying the set, but I used the lineup on the back of the boxes as a guide and I think it looks pretty damn great. And they look all the better lined up on the shelf right above my ArtFX+ Justice League! 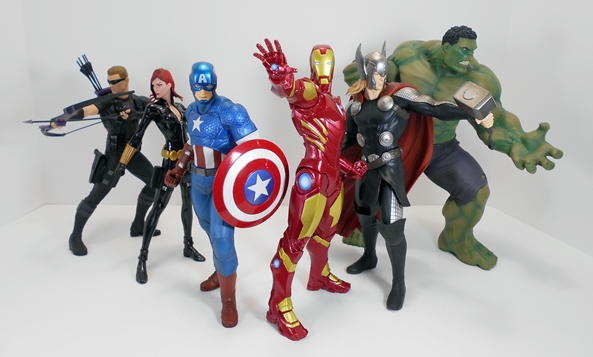 At $50, Iron Man is second only to The Hulk in price and about ten bucks more than I paid for the others. The main reason I paid so much for Iron Man was because I was worried about limitation on the variant so I pre-ordered rather than shop around for a deal. That still seems to be the going price, but that’s subject to change after he’s been out for a little bit and as of now you can still grab all of these statues at or below their original MSRP if you hunt around. Forty to forty-five bucks is definitely the sweet spot for me and these ArtFX+ statues, but I don’t mind going over now and again if I have to because they are indeed awesome display pieces. It’ll be a little while before I revisit the Marvel ArtFX+ collection, but when I do it will be with none other than Deadpool!