Well, I hope you all enjoyed yesterday’s little break from Marvel Legends Week, because today it’s back to business, this time with the Agents of SHIELD 3-pack. This Toys R Us exclusive features Agent Phil Coulson, Agent Maria Hill, and Nick Fury himself. These are, of course, all versions based on the Marvel MovieVerse, which is appropriate as we are just one week away from the release of Avengers: Age of Ultron and I couldn’t be more psyched. In the wake of watching the amazing Daredevil series on Netflex, I actually thought I’d give the Agents of SHIELD series a second go, but I find myself still having to push myself to complete an episode, so I’m not sure how long I’ll last this time.

Much like that far more questionable Captain America, Radioactive Man, Ms Marvel set that I featured a couple of weeks back, these figures come in an elongated window box showing off the goods. It’s totally collector friendly as all you need do is open up one of the flaps and slide out the tray. I thought this set was going to be impossible to get a hold of, but it turned up on TRU’s website fairly quickly and surprisingly enough did not sell out immediately. Quite the contrary, it shortly went on sale. Today I’m going to check out the packaging and Agent Coulson and tomorrow I’ll swing back around to look at Fury and Hill.

Agent Coulson was a great choice for the Marvel Legends series as he’s been one of those common threads trailing along through the films from the beginning. Coulson comes sporting a brand new suited body, which I hear tell was actually created for the up and coming Chameleon figure and yet somehow managed to land on the shelves first here on Coulton. It features the usual vest-style of jacket with the arms sculpted to look like sleeves. The tie is also a separate piece and features a crisp blue and silver diagonal stripe. The paintwork is rounded out with some sharp silver paint on the belt buckle and glossy black for the shoes. I think they could have done a better job matching the black on the sleeves and jacket, but otherwise this body is a really nice piece of work and I can imagine there’s a lot of potential for Hasbro to repurpose it quite a bit. Just think of how much mileage Mattel got out of some of their DCUC suited bodies, eh? 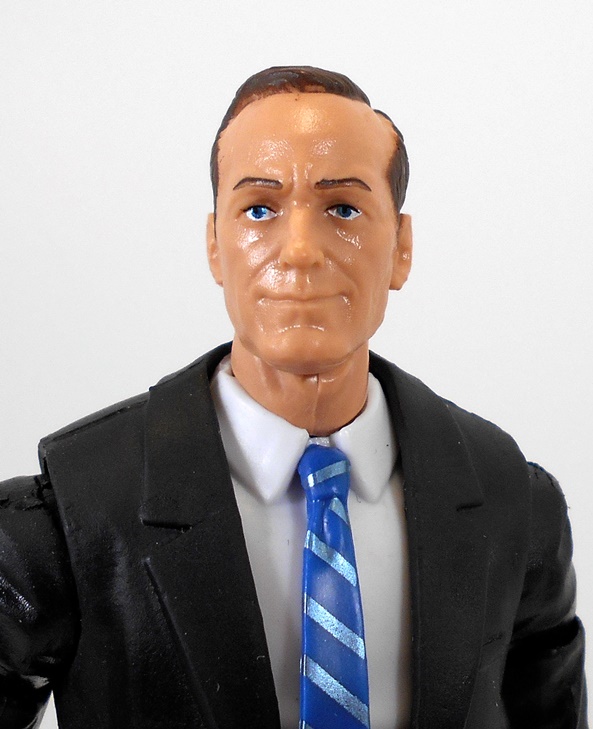 You get two different heads with Coulson, one with sunglasses and one without. The regular head is a fairly good portrait. It’s a little stylized, but I’m pretty sure I could have recognized it as Clark Gregg if I didn’t already know who it was supposed to be. The features are quite well definied and he has a little bit of a smile. The other portrait is possibly even a little closer in likeness. The sunglasses are very neatly painted and this one features a more serious expression. Hasbro rarely has to deal with real actor likenesses in the Legends line, but it’s nice to see they can do it right when they have to.

Besides the extra noggin, Phil comes with the weapon he briefly wielded in the first Avengers movie. It’s the one that SHIELD retro-engineered from The Destroyer technology and the one he shot Loki with. It’s a big gun with some really intricate sculpting and a little orange paint on the barrel. He can hold it comfortably in both hands. 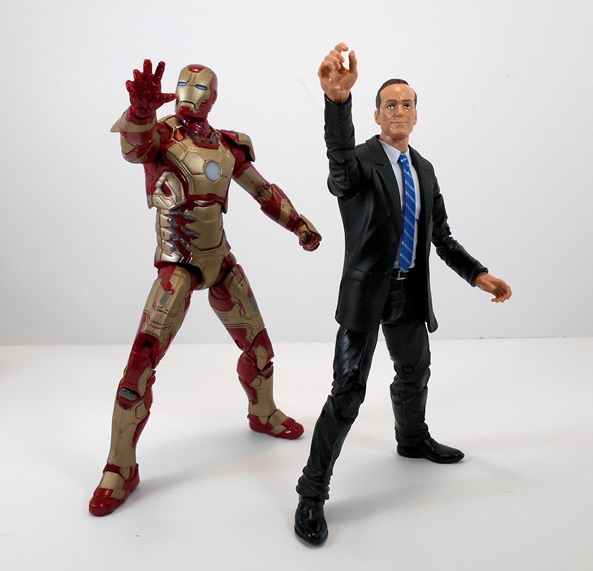 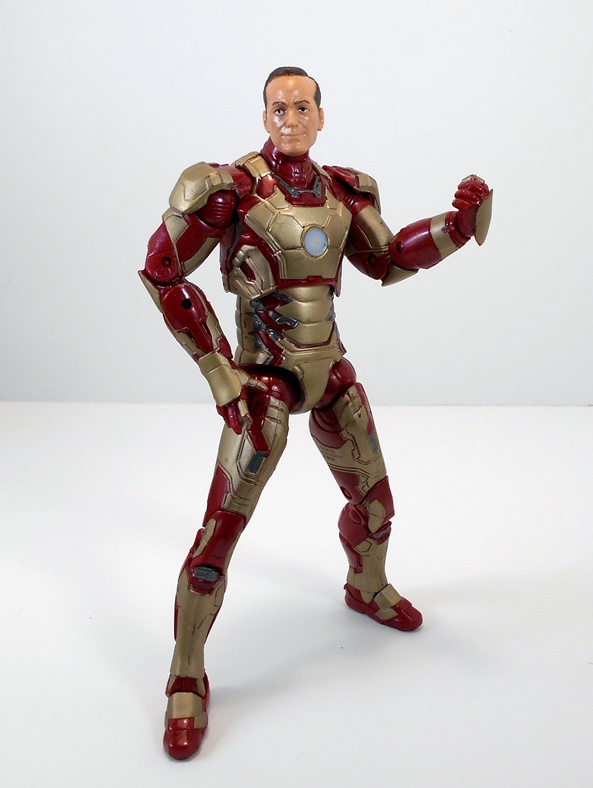 Oftentimes these Marvel multipacks, whether they be Legends or Universe, feel like quick cash grabs with thrown together figures, but that’s definitely not the case with Agent Coulson. I would have been totally happy to buy this guy off the peg for the usual $20. He’s an excellent figure and feels fresh and new. The likeness is good, the articulation is great, and the extra head and the weapon just sweeten the pot. We’re off to a great start with this set, so join me tomorrow and I’ll be back to look at Nick Fury and Maria Hill.

One comment on “Marvel Legends: Agents of SHIELD 3-pack by Hasbro, Part 1”