Yeah, it’s a little Sunday bonus feature this week as I’ve been on a bit of a Infinity 2.0 kick lately. With 3.0 Star Wars announced and on its way (I’m so excited!!!), I thought I better throw things into high gear and start opening and playing with the crapload of 2.0 figures that I’ve got around here. I’ve already looked at all The Avengers figures and I’ve played that Playset through at least once with each character. Now it’s time for The Guardians of the Galaxy!

I don’t have in-package shots of everything, but there’s the Playset 2-pack that comes with Star-Lord and Gamora. The Playset piece is a clear plastic Milano and it unlocks the new game to play with any of the Guardians pieces. As always, playing through the game with different characters will unlock all sorts of new toys for the Toy Box and awards plenty of opportunities to earn heaps of blue sparkles so you can buy those toys. I can’t stress enough how much fun I’m having screwing around with the Toy Box.

There’s the entire team… what a bunch of A-Holes! Rocket, Groot, and Drax are each sold individually and they are all playable in the game. The game itself takes place in Knowhere with missions being doled out by Cosmo and The Collector with Yondu as a supporting non-playable character and Ronan as the Boss. Knowhere is full of all sorts of classic video game tropes like moving platforms, rails, gun turrets and the like. It makes for a bit more interesting environment than The Avengers NY stage, but I did find the level design a bit confusing. There’s a little more 3D platformer-style puzzle solving in this Playset and this time around you’re fighting Sakaaran instead of Frost Giants and I found the diversity of enemies in this game a lot better than in The Avengers Playset. I got burned out on fighting Frost Giants a lot quicker than I did the baddies in this game. Eventually you do get to travel to The Dark Astor and fight your way to Ronan for the final battle. You can also collect Crossover Coins in the game to unlock Iron Man and Nova as crossover characters, providing you own the figures. Since none of the Guardians can fly, playing through this Playset as Iron Man or Nova gives you a brand new perspective and allows you to reach areas that were otherwise closed off to you. 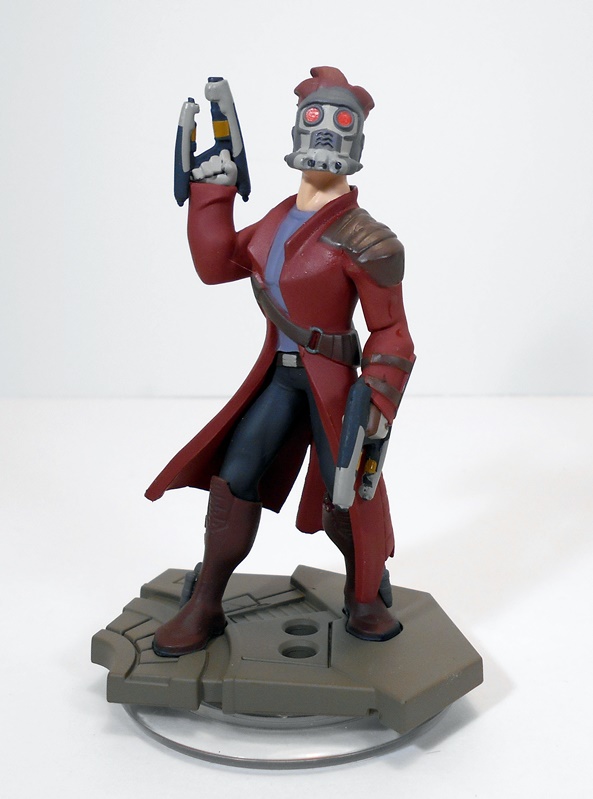 I’ve grown really fond of the style and execution of these little statues. I love my little set of Avengers and now I’m equally smitten with my cute little stylized Guardians. They’re plenty cute and yet still manage to convey all there is about the characters themselves. For stylized statues of this size some of them have some pretty great attention to detail. Star-Lord’s mask and guns, for example, are particularly well done. I also think Gamora is just adorable in this re-imagined Disney Princess look. I’ve seen some criticisms of the paint quality on the Infinity statues, but honestly, I haven’t had many issues and most of these I purchased online, sight unseen. Sure, some of the lines aren’t as sharp as they could be, but these are small inexpensive game pieces, not high grade collector items. 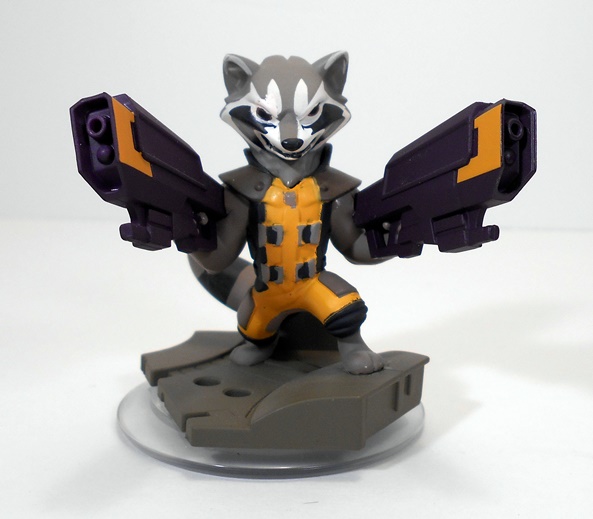 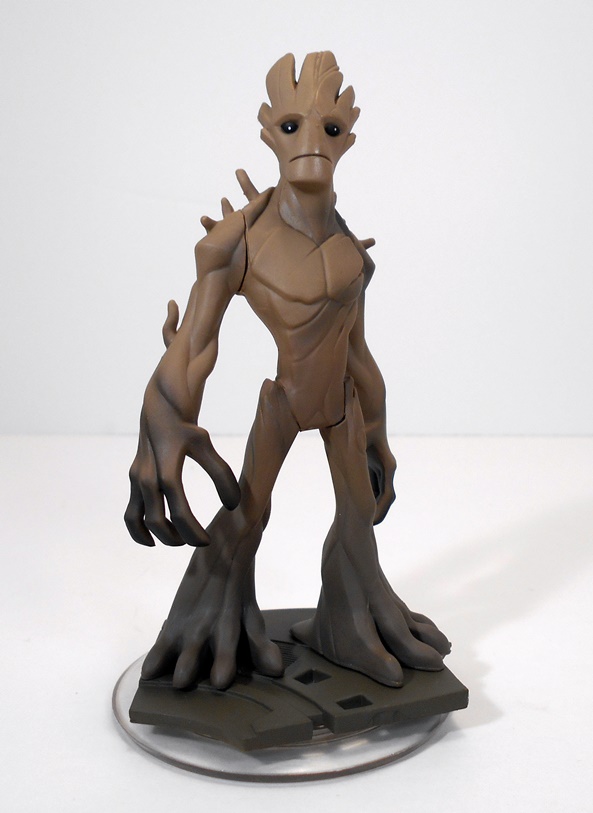 The in-game versions of the characters all have their own thing going on. Naturally, Star-Lord is very shooty and he can hover a bit with his ankle jets. Gamora has both a sword and gun attack. Rocket is even more shooty then Star-Lord. Groot can punch into the ground and have his branches surface right under a distant enemy. And Drax is all a spinning deathtrap of deadly knives. They all have their little catch phrases appropriate to the characters to give them an extra dash of personality.

I bought these back when one of the Big Box retailers was having a huge sale on them. The Playset pack was only $20 and the single pack figures were $9 each. There are two more Guardians figures available, Yondu and Ronan, and I’ll definitely be picking them up and featuring them here at some point. Neither are playable in the Guardians Playset, but as always, they can be used in the Toy Box. In the meantime, I’ve got to try to rip myself away from tinkering in the Toy Box so I can get started on playing the Spider-Man set through with all of those figures.

5 comments on “Disney Infinitey 2.0: Guardians of the Galaxy”