It finally happened. I walked into an actual brick-and-mortar store and was able to buy an entire wave of Legends figures in one fell swoop. Sure, it’s just the Hobgoblin wave and not Hulkbuster or Rhino, but I’ll take what I can get, even if it is a couple of waves old by now. I mean, this sort of thing just never happens for me because the distribution here is so terrible. And since I recently finished re-watching the spectacular Netflix Daredevil series (with my parents, who loved it!) I thought I’d start out with the devil himself.

It’s getting harder and harder to say anything new about this packaging. It still looks great. It’s nice and efficient. It displays the figure well along with the accessories and BAF parts. That’s it. Now I’m a gonna tear the crap out of it.

After the less than stellar results I had with Giant Man, I was a little worried about how Daredevil was going to turn out, after all, they’re both figures with red costumes and very little fresh sculpting. What if this was another example of shitty red plastic and mis-matched paint? Well, I’m happy to say that this guy turned out absolutely fantastic. The plastic feels great, the coloring is superb, and the jointing is fabulous. Again, there’s not much in the way of unique sculpting here, as Daredevil mostly gets by with his costume painted onto the buck. I can’t place the buck, but it’s got some very well defined muscle sculpting and the dark crimson with the black wash really hits the spot. Throw in the brighter red used for the gloves, boots, belt, holster, and that super crisp “DD” symbol, and you’ve got a figure that just pops beautifully.

The portrait is a solid effort with well defined facial features. I wouldn’t say it’s one of the best we’ve seen in the line, but there’s really nothing wrong with it either. The paint is pretty clean and I do love that they painted in the eyes the lighter red. 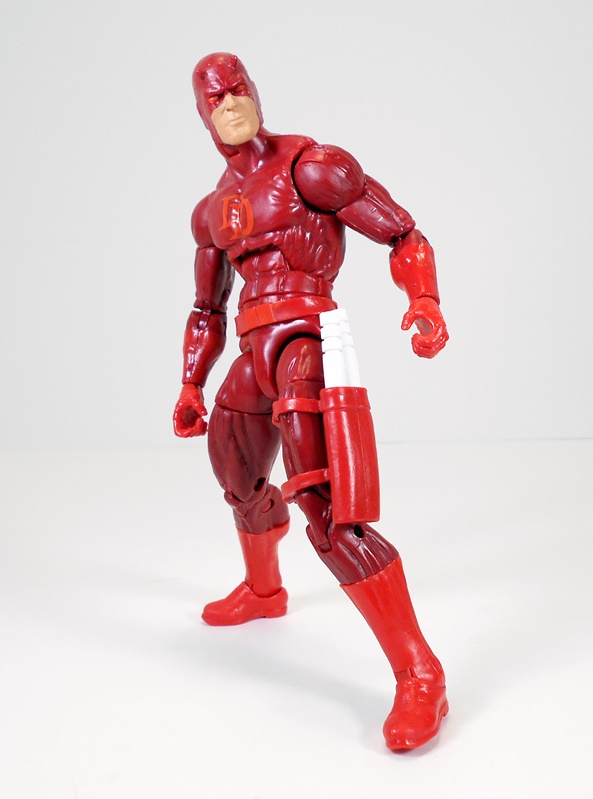 Besides the head sculpt, the only really fresh sculpting here is the holster for his batons. It’s sculpted from a separate piece of plastic and slides up onto his thigh. It is a tad big and ungainly, but I’m glad they included it. And hey, if I decide I don’t like it, I can just slide it off. 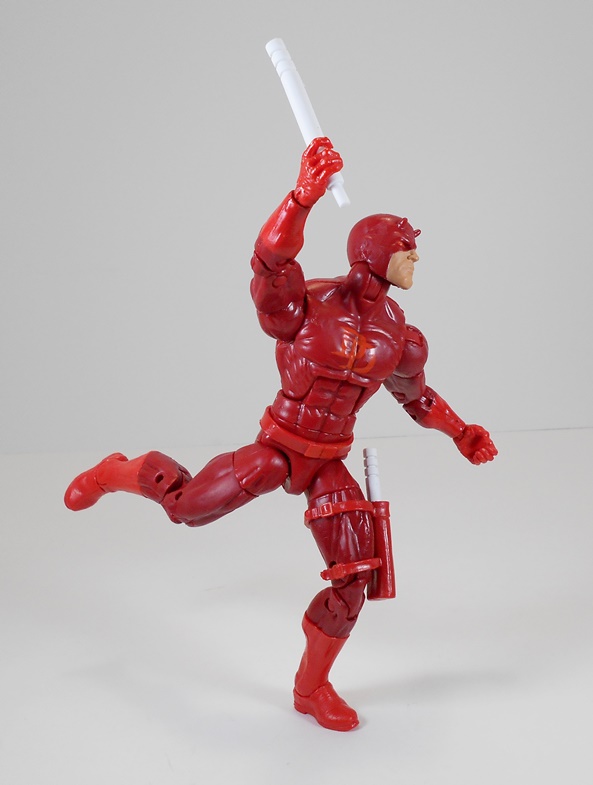 The articulation here gives me everything I’ve come to expect from the Legends line. The arms feature rotating hinges in the shoulders and wrists, double hinges in the elbows, and swivels in the biceps. The legs are ball jointed at the hips, double hinged at the knees, have hinges and lateral rockers in the ankles, and swivels in the thighs. The torso can swivel at the waist, has an ab crunch hinge and the neck is both hinged and ball jointed. The balance on this figure is poetic and the joints aren’t gummy or soft. He’s just loads of fun to play with. 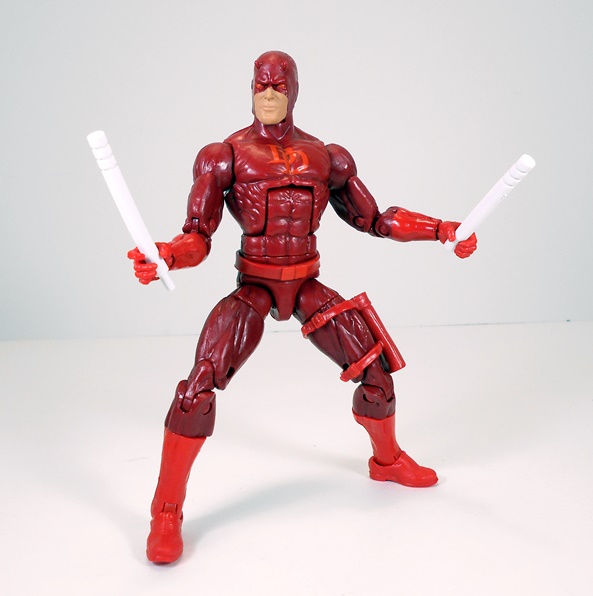 Obviously, Daredevil’s accessories consist of his trusty batons. We’ve seen these before, most recently with Legends Hellcat, and these are easily my only gripe about the figure. I don’t care for them being molded in white, and the plastic used here is crazy soft and bendy. You can still connect them together via the peg and socket. I wish Hasbro had invested a little more care into the weapons. I may actually be taking Hellcat’s away from her and giving them to Matt here. 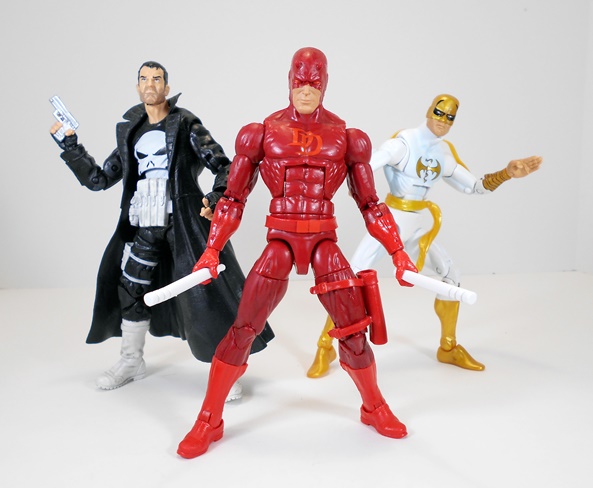 Baton quibbles notwithstanding, I couldn’t be happier with the way this figure turned out. The colors are fantastic and I found him really hard to put down once I had him open and on my desk. In fact, he’s still standing there right next to my monitor, begging me to pick him up and turn my desk into the back alley’s of Hell’s Kitchen. The only question I have is whether or not Hasbro will do any action figure tie-ins to the Netflix Series. Seeing as how they’re willing to work the Marvel Cinematic Universe into the mix, I think it would be a real missed opportunity to not see a couple versions of Matt Murdock from the show hit the pegs.