And here we go with the last figure in the Marvel Legends Age of Ultron 4-pack. On a positive note, a Marvel Cinematic Universe Hawkeye in Legends scale was high on my want list. On the downside, I regret going from left to right in my coverage of this set because now I have to finish on a down note. AoU Hawkeye… you got some issues. 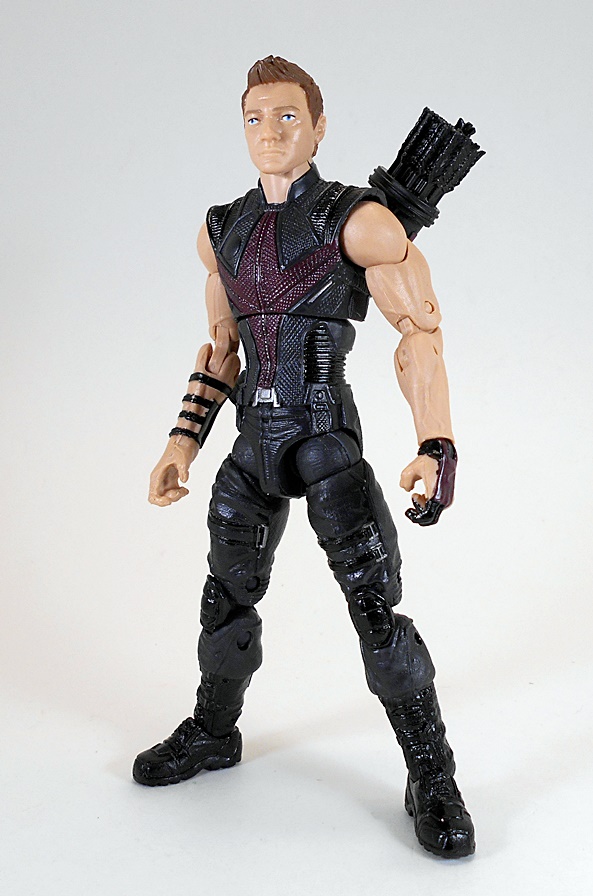 Yes, this is a repaint and partial re-sculpt of the Walmart Exclusive figure that came out alongside the first Avengers film. The biggest differences are a new head, a more muted shade of red paint on his tunic, and while the space for it is still there, the SHIELD emblem tampo is no longer present. Finally, the shoulder strap running across the chest of the Avengers figure has been removed. Granted, Hawkeye spend part of Age of Ultron wearing something very similar to his first Avenger’s costume, so the reuse here isn’t unwarranted, but it would have been nice to get him in the brand new costume. As it stands, the texture and detail on the costume is pretty solid, although those ball hips are pretty f’ugly. 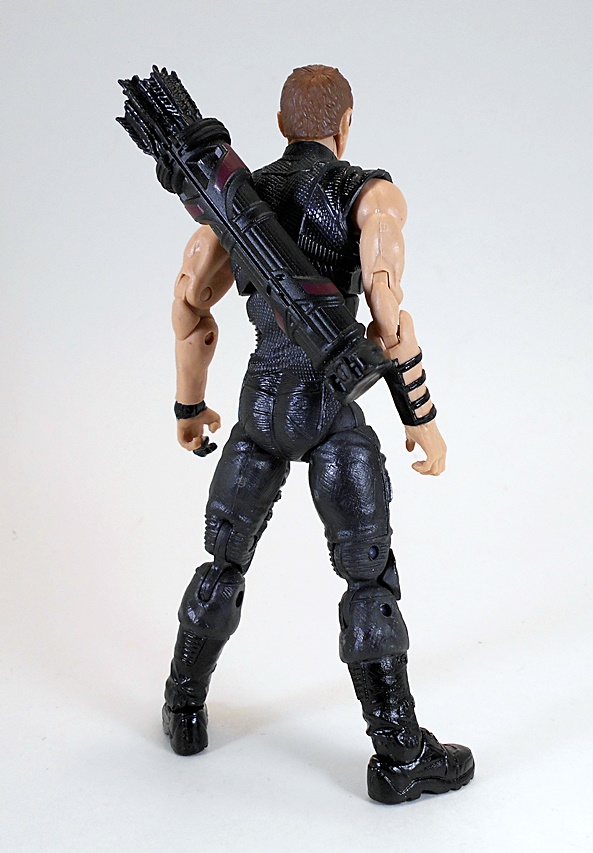 With that having been said, right off the bat, something feels off about Clint and I’m going to say it’s the proportions. I can’t quite put my finger on it, because if I put him next to Dr. Banner, they’re almost the same height and their legs and torsos are pretty much even. And yet Hawkeye’s legs look really short and his torso looks really long. It seems to be an optical illusion, but every time I look at the figure I can’t un-see it.

The new portrait features Clint without his glasses. I like that. Including the glasses on the old figure seemed like a lazy way out. The new head features a passable likeness, that would probably be a lot better with some decent paint to bring it out. Unfortunately, my Clint’s peepers are a little wonky. Hawkeye? More like Walleye… amiright?

Hawkeye comes with two accessories: His bow and quiver and both are the same pieces that came with the WM Exclusive Avengers figure. Unfortunately, that means the quiver isn’t movie accurate, as he wore a rectangular one in AoU and not this drum-style quiver. Yeah, I get it, Hasbro was able to release this set by cutting some costs. I’m still going to mention it, though. The bow is on par with the last Legends Hawkeye figure that I got and I probably would have been a lot happier with it if I hadn’t just opened DC Icons Green Arrow a couple of weeks ago. That figure featured a real string on the bow and removable arrows in the quiver. After playing around with that ensemble of archery accessories, this one just leaves me flat.

The articulation here looks good on paper, but I do have a few issues with it in practice. Those hips are the terrible rotating hinges that make me work harder to get all the movement out of them. The hinges in the elbows are super mushy and one of the hinges on my figure’s right elbow doesn’t want to sit properly. I have to squeeze the two halves together every time I work the elbow to keep it from wanting to pop out. Otherwise here’s the run down: The arms have rotating hinges in the shoulders and wrists, bicep swivels, and double hinge elbows. The legs have rotating hinges in the hips, swivels in the thighs, double hinge knees, and both hinges and lateral rockers in the ankles. There’s a ball joint in the chest and ball joint and hinge in the neck. 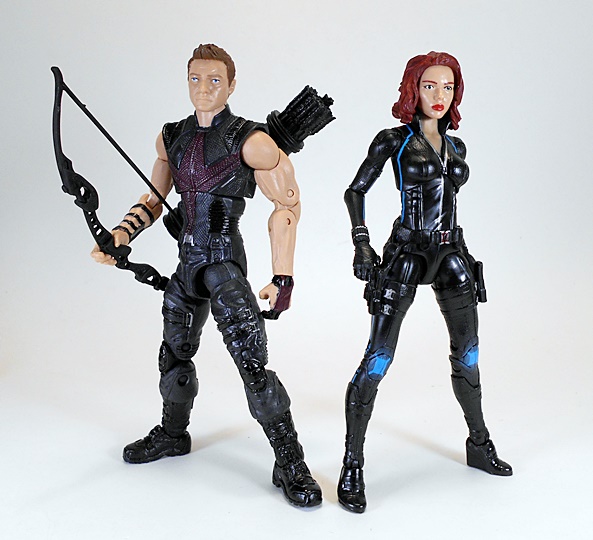 I don’t think this is a terrible figure, but it did turn out to be the weakest one in the box for me. Although, granted the fact that I never got the Walmart Exclusive from the first Avengers film makes him a little more welcome. There’s some good stuff going on here, but the proportions still look off to me and a screen accurate quiver would have been nice. At the end of the day, I’m glad to have him to at least round out my Age of Ultron team. And thanks to Toy Fair we know we’re getting an MCU Scarlet Witch. Still no sign of Quicksilver, though. Next week, I’m going to take a break from Legends and we’ll check out the Hot Toys version of Age of Ultron Hawkeye.