You’d have to be living under a bantha not to know that today is the day The Force Awakens releases on Blu-Ray and DVD, giving us the home version of the first Star Wars film since Return of the Jedi in 1983. I’m just gonna let that lie there.  I picked up my copy as well as going digital too so I could watch it over the weekend. I still adore this movie. The action sequences are awesome without being too over the top, well except for the tentacle monsters I could have done without, and the new characters are so endearing and instantly relate-able to me. But even after multiple viewings, I’m still surprised to find that Han Solo was one of my favorite things about the film. Ford broke out of his shell and gave us a fun and enjoyable performance. It seemed only right to check out his Black Series figure today. 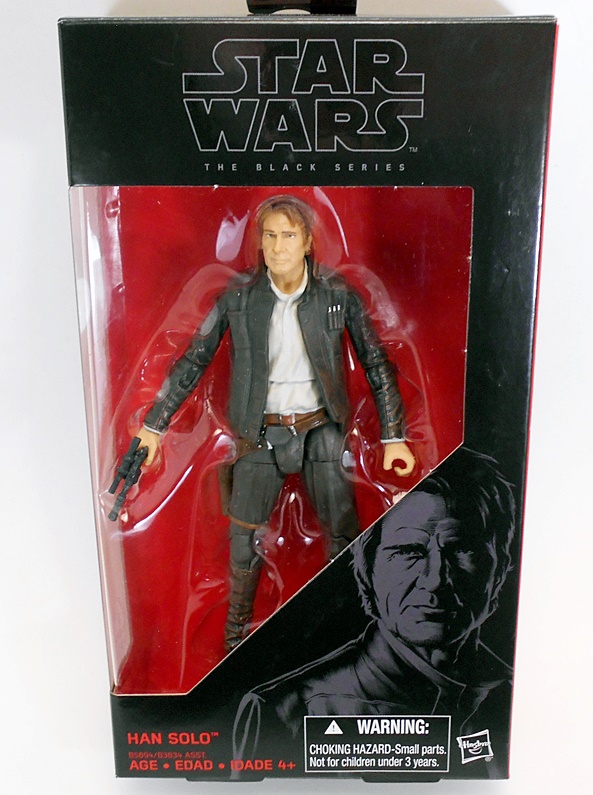 The packaging… It’s black! It’s red! It’s figure #18!!! I do like the blurb on the back, which begins with, “The exploits of Han Solo are legendary…” Goddamn right, they are. From Scoundrel to Captain to General, when we were kids, this was the guy we all wanted to be when we grew up. And now he’s all grown up. And by that, I mean old. But don’t let that fool you, like Han in the film, this figure is pretty damn good!

For starters, I liked Han’s costume in TFA and this figure pulls it off nicely. It reminds me of a more grizzled version of his Bespin ensemble. The leather jacket is intricately detailed with stitch lines, rumples, pockets, and those silver tubes in his breast pocket. What are those? Seriously, if you have one of those books, tell me what those are!

The brown wash on the jacket is very effective in giving it a worn look. Hasbro seldom does a nice job with this type of weathering, but here it’s a home run. Even the high boots have a convincing leather texture and a sharp, high gloss finish. It kind of reminds me of a leather jacket that another character who looks like this used to wear. Hmmm. The whole ensemble is tied together by his trusty smuggler’s belt with the low slung holster on his right hip. 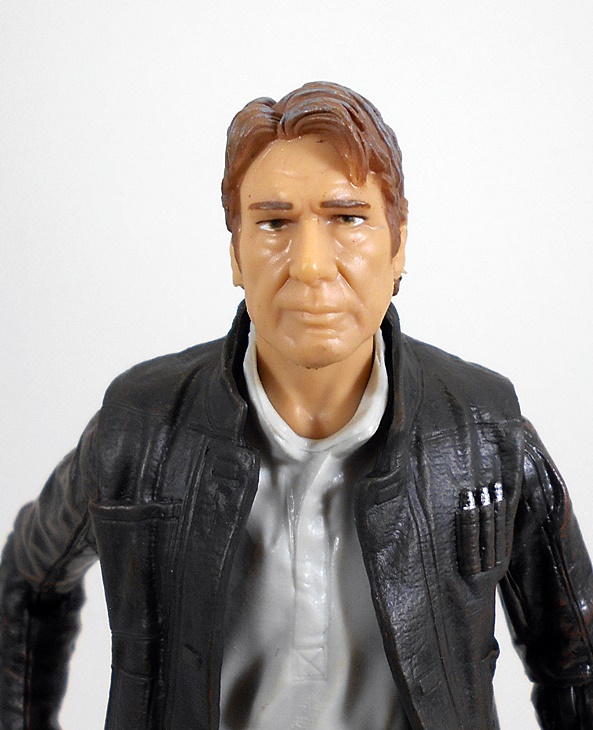 As for the portrait, it may be sad to say it, but I think this is Hasbro’s best 6-inch scale Harrison Ford yet. How crazy is that? They can’t quite get it right on the regular version, but this one is damn good. Don’t get me wrong, it still looks a little misshapen and wonky, but it’s easily identifiable to me and I think it looks a lot more like Ford does now than the original Black Series Han looked like Ford back then. I think this is one of those cases where they had a good sculpt and something in the factory went amiss. The only other thing really off here is the color of his hair. It looked a lot more gray on screen, where as this coif is brown with some gray highlights.

Naturally, Han comes with his trusty blaster and it too is a really nice piece of work. His right hand is clearly designed to hold it, as it has the trigger finger positioned correctly, but he can hold it in the off hand as well. The blaster also fits snugly into his hip holster.

The articulation is exactly what I’ve come to expect from this line. That equates to arms with rotating hinges in the shoulders, elbows, and wrists. Legs that are ball jointed at the hips, double hinged at the knees, and have swivels at the hips. The ankles are hinged and have some generous lateral rockers. There’s a ball joint in the torso and a hinge and ball joint in the neck. 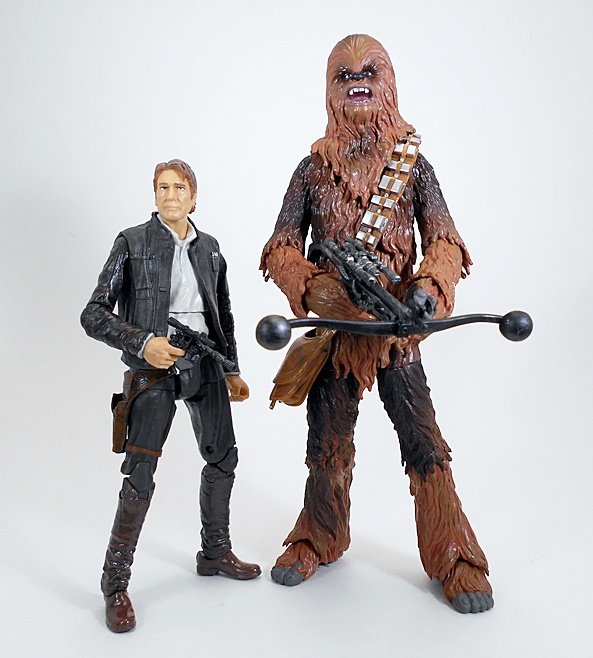 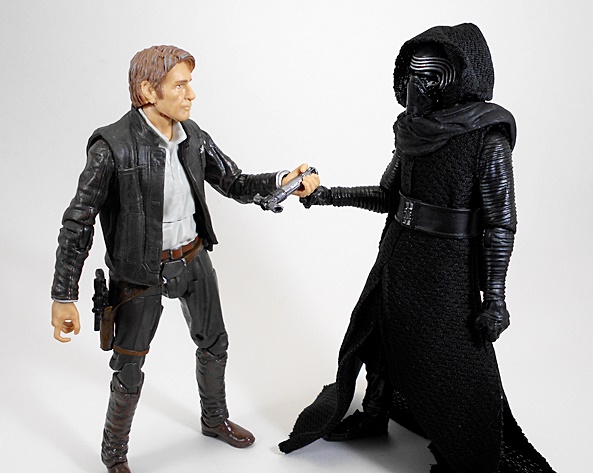 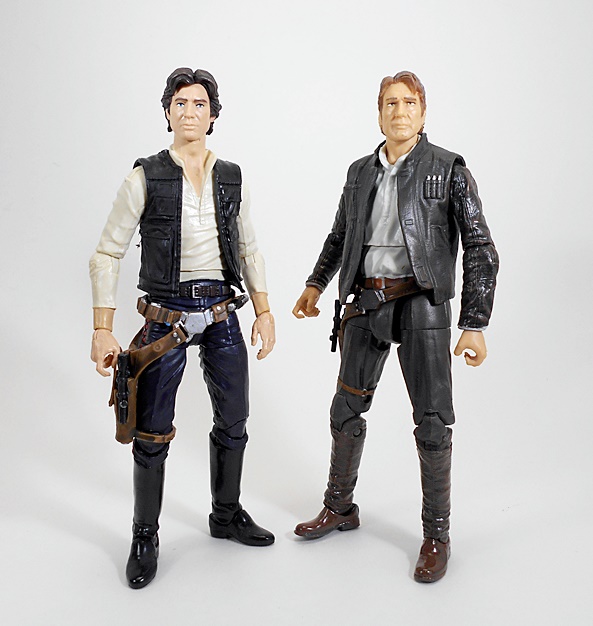 I remember when I bought this case and thought, “WHERE THE F’CK IS MY AHSOKA TANO FIGURE? WHY DID YOU GIVE ME TWO LUKES??? NOW I KNOW WHY THE WORD “BAD” IS INCLUDED IN THE NAME OF YOUR STORE!!!” Wait, that’s not where I was going with that. Afterwards, I thought,“Oh, great. Old Han Solo is in this case. I’m sure that’ll be a great figure.” You see that was misplaced sarcasm, because it is a really great figure… at least by Black Series standards. Never would have I expected to enjoy this figure as much as I did. Simply put, it feels like a fitting final tribute to the lovable rogue. Because, I’m sure we won’t be getting any more Han Solo figures in the Black Series, right?