I’m continuing to work my way through a rather large receivings pile that dates back at least a month and it includes loads of great stuff by NECA. So, with that in mind let’s check back in with NECA’s Heroes of the Storm line. This time e’re dipping into the Diablo franchise with Tyrael, one of the five Archangels of the Angiris Council and the personification of Justice itself! Damn, those are some impressive credentials! 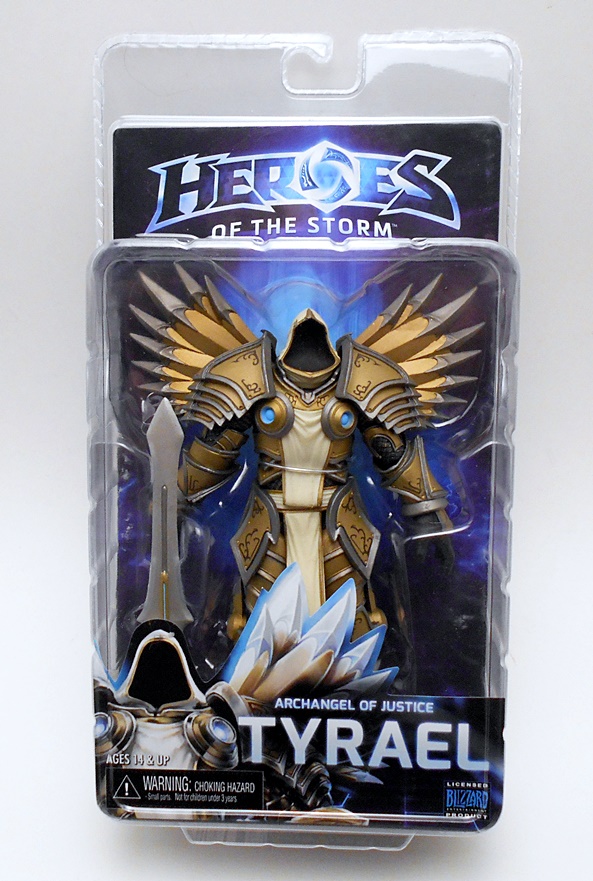 As we already saw with Terra Nova and Illidan, the figures come in sealed clamshells with the logo on top and an insert customized to the character. These are not collector friendly, but they do look nice and offer a great look at the figure inside. I’ve gone on record before saying that I don’t actually play the Heroes of the Storm game, but rather I’m in this line more for the Blizzard franchises that originally spawned these characters. Today’s figure fits nicely as I recently grabbed Diablo III off my pile of unplayed games and started taking it for a whirl. 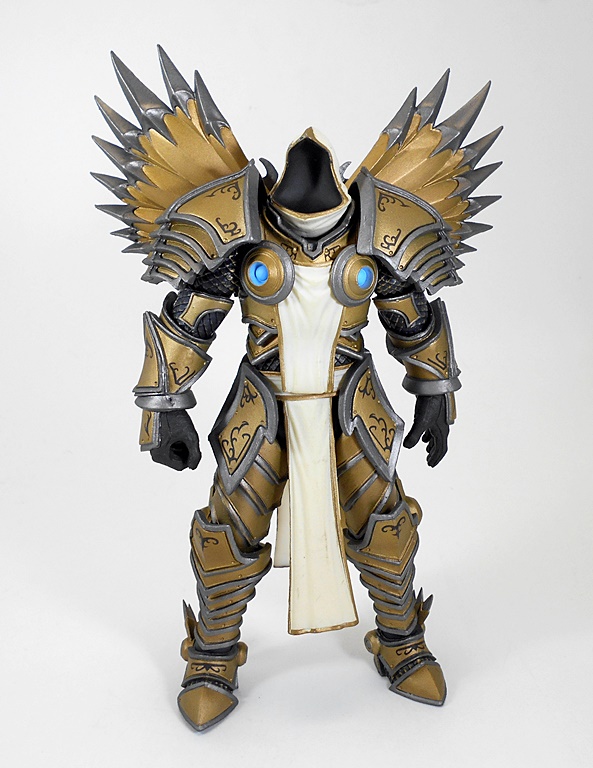 And here he is out of the package and looking rather the imposing chap! This version of Tyrael is spawned from Diablo II before he was condemned by The Council and stripped of his angelic status. His full plate armor is absolutely stunning with a silver and dull copper paint scheme and some crisp scrollwork designs scattered throughout. Between many of the plates, the cross-thatched chain mail can be seen, and he wears a cream colored sash that starts at his hood and flows down between his legs. This is a pretty complex design even for a 7-inch scale figure but NECA nails it perfectly. 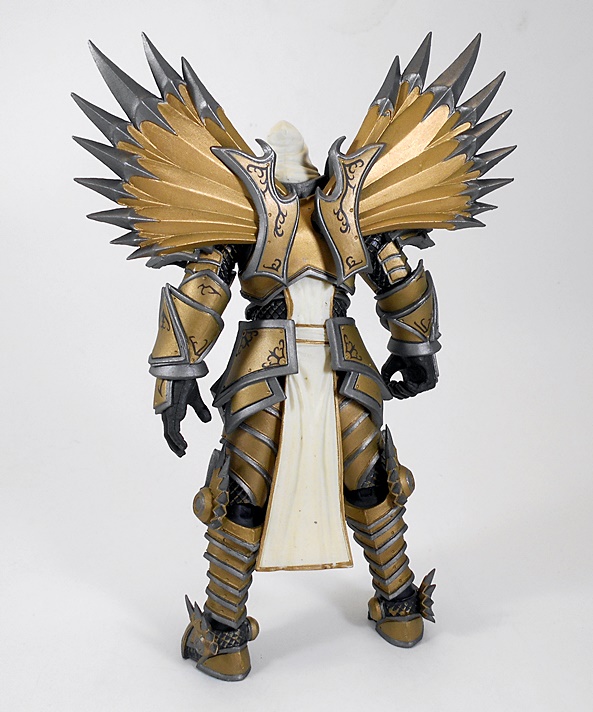 His armored angelic wings are particularly impressive as the feather motif forged in steel takes on a sharp-edged plumage, rising above his already impressive shoulders. Further spiked feathery motifs are added to the points on his knees and ankles. Damn, this guy looks great! 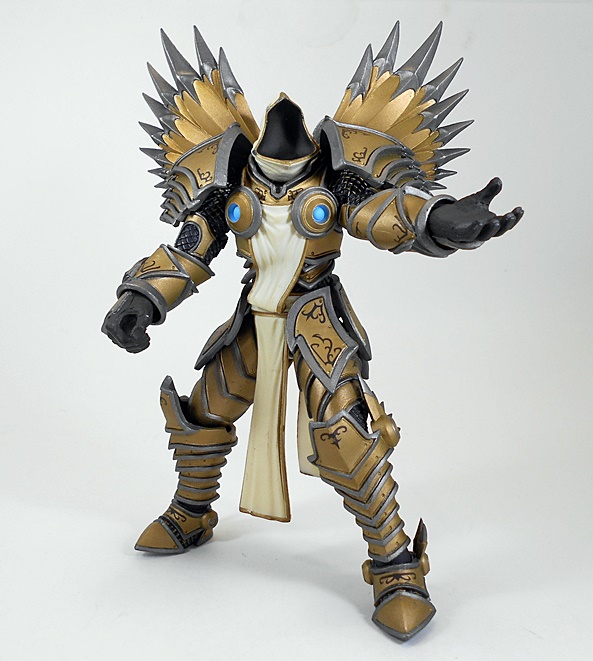 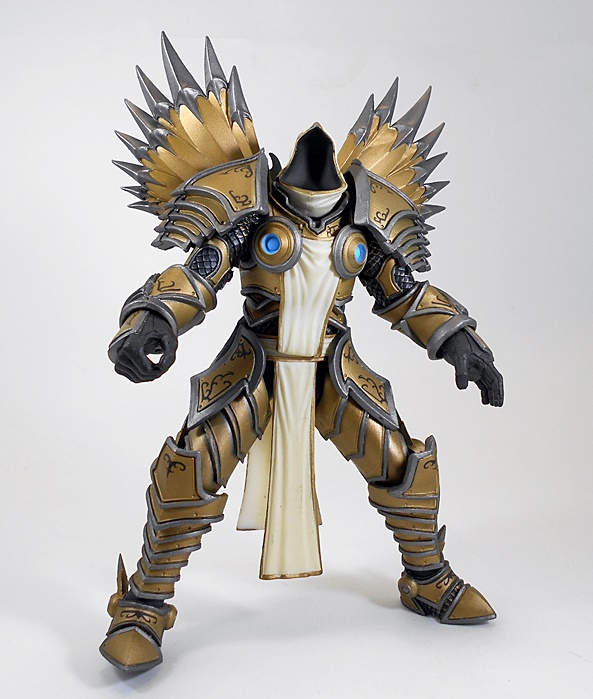 As far as articulation goes, Tyrael has a lot of serviceable points, but the sculpt does work against them in a few areas. He has rotating hinges in the shoulders, elbows, wrists, hips, knees, and ankles, as well as his two wings. His head is ball jointed. The large shoulder plates and the hip plates are made of soft, rubbery plastic to allow for movement. The biggest restrictions are in the elbows. They will swivel, but the sculpted plates don’t offer a lot of room for them to bend. With, that having been said I’d say articulation is overall on par with what you would expect from a heavy suit of armor. 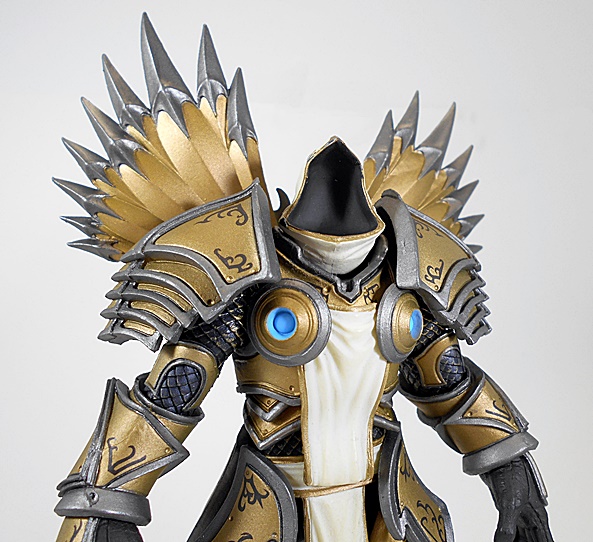 The portrait is… empty! Yes, Tyrael just sports an eerie empty hood, which works rather well on the figure. I’ve always had a fascination with empty-hooded fantasy characters. My notebooks in Middle School were probably littered with sketches of this sort of thing, along with flaming swords and other metal AD&D-fueled references. 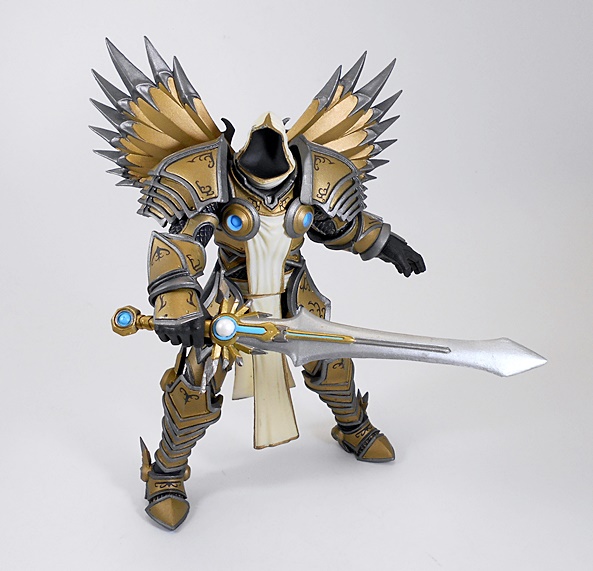 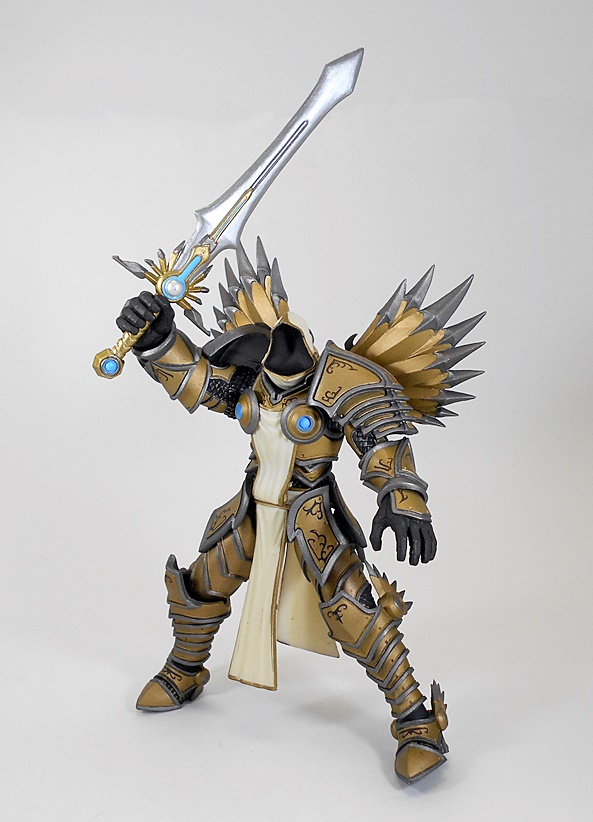 Tyrael comes with one accessory, his rather large sword, El’Druin. It’s a magnificent piece of sculpting and paintwork and cast in a stiff plastic, so no worries about warping. The spiked appendages coming off the hilt nicely mirror the steel wings on his armor. The pommel pulls off of the hilt, so you can slide it into his closed grip and then pop it back on and he’s good to go. 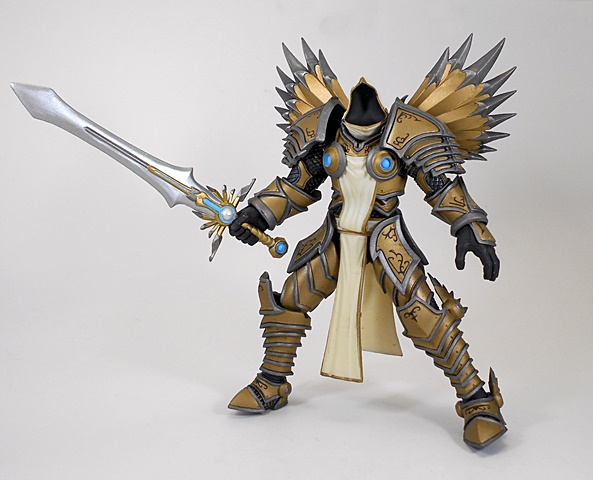 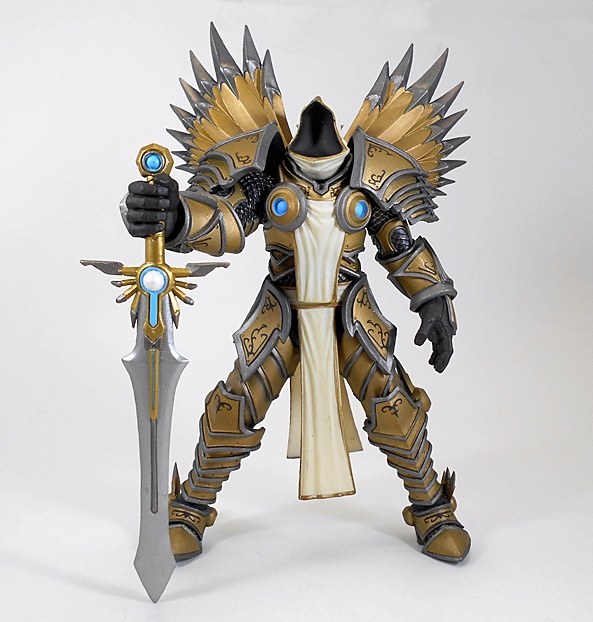 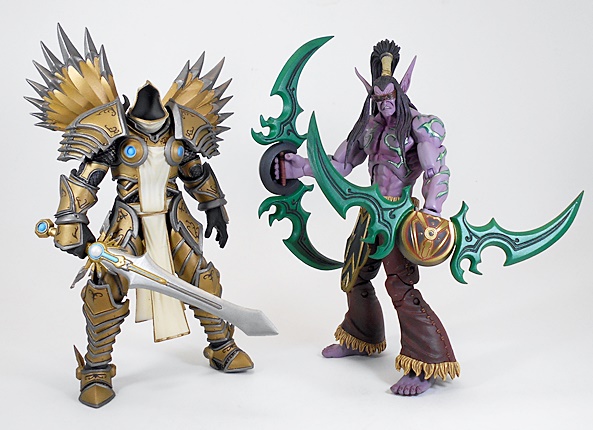 While some restrictive articulation means Tyrael isn’t as fun to play around with as Illidan was, he’s still an amazing looking figure which continues to makes me very happy that I’ve decided to collect this line. Oddly enough, he’s also made me all the more anxious to get my hands on T4H’s Mythic Legion figures, because I think this guy will fit right in with them in terms of scale and aesthetics.