Kenner’s line of Aliens figures defies all sense and logic by its very existence. It was originally inspired by the planned cartoon series Aliens Operation, Yes, a cartoon based on an R-rated film franchise. The cartoon was scrapped, but the figures survived and came out under the name Aliens thus becoming a line of figures directly based on an R-rated movie that was at that point some six years old. Craziness! Nonetheless it was a fun and wildly creative line that was sadly released at a time when I had zero interest in collecting toys. Nonetheless, when NECA decided to celebrate Alien Day on 4/26 and release a Kenner-inspired repaint of their Aliens Lt Ripley figure, I was definitely on board. 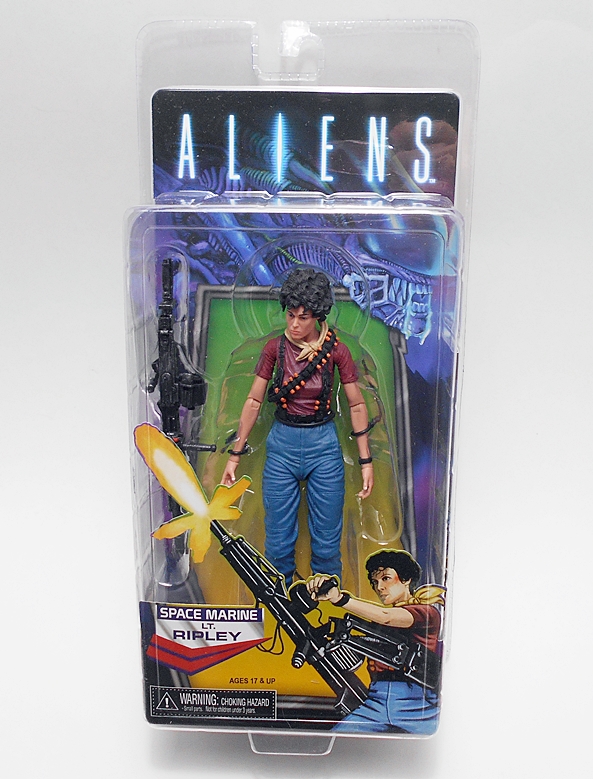 Ripley was exclusive to Toys R Us and GoHastings and sold out really fast online, but eventually came back into stock at TRU. The figure comes in NECA’s traditional sealed blister pack, and while the Aliens title up at the top is the same as what we saw with NECA’s Aliens line, the rest of the package art has been re-branded to reflect the Kenner animated look, complete with a brand new insert and a “cardback” that imitates the Kenner line. It’s a fun and colorful package and in this case I’m glad I wound up with two, because one of them is staying in the package and going right up on my wall.

If you own NECA’s original release of Ripley from Aliens, then the sculpt should be instantly familiar to you. This is a straight repaint to the Kenner colors with the ammo strap reversed and an added neckerchief. Keep in mind, that’s not a criticism. For starters, the original release of this figure is both excellent and a tough item to get anywhere near the original price point. Secondly, it’s amazing how well this homage works with just a fresh coat of paint. When I look at it, I don’t see the repaint, just a fully realized Kenner-style figure.

The new coloring includes the bright yellow shit-kickers, darker blue pants, the maroon top and tan neckerchief. The ammo strap is black with orange cartridges. The paint is all very clean, right down to the black watch on her left wrist. For a 90’s line, the coloring here isn’t as obnoxious as one might expect. In fact, the only thing that’s really out of the ordinary are her bright yellow boots and I still think they look great. 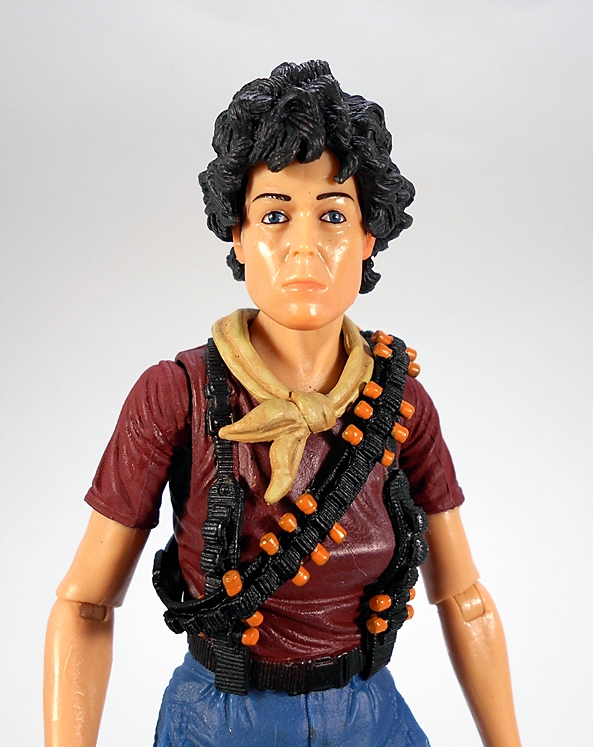 The portrait on this figure was pretty solid to begin with and it not only still looks great, but I’m surprised how well it works on this homage. I particularly love what they did with the hair sculpt. On the downside, this figure uses flesh toned plastic, rather than paint, so you do get a bit of the waxy finish. Granted, it looks a lot more shiny under the studio lights than it does most of the time. Aw hell, she’s lugging a big gun around, running around hunting Xenomorphs, I’ve got to imagine Ripley’s going to be perspiring a bit.

Speaking of running around, Ripley features some solid articulation. You get rotating hinges in the shoulders, elbows, wrists, hips, and knees. The ankles are hinged and have lateral rockers, there’s a ball joint just above the waist, and another in the neck. Not bad!

Ripley comes with one accessory and that’s her Smartgun. I don’t have a lot of the Colonial Marines figures, so this is my first encounter with this accessory and I like it a lot. It’s a beautifully intricate sculpt and while it looks like it would be unwieldy and difficult to work with, the truth is it’s got so many grab points that I was able to have a lot of fun with it. 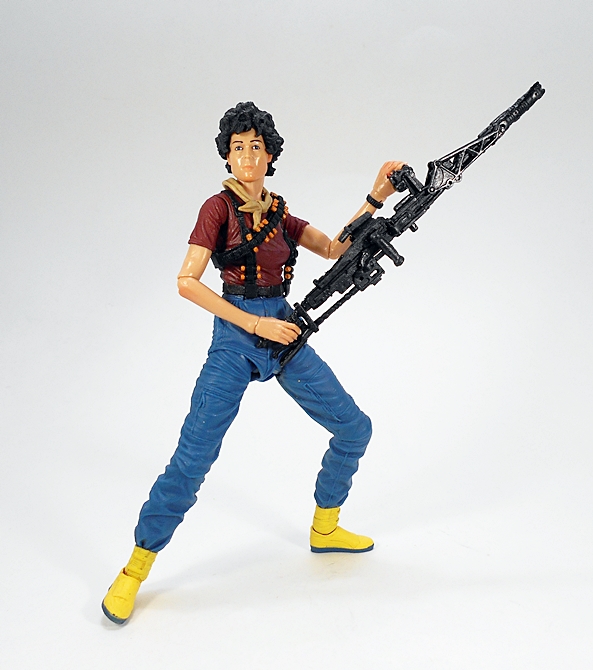 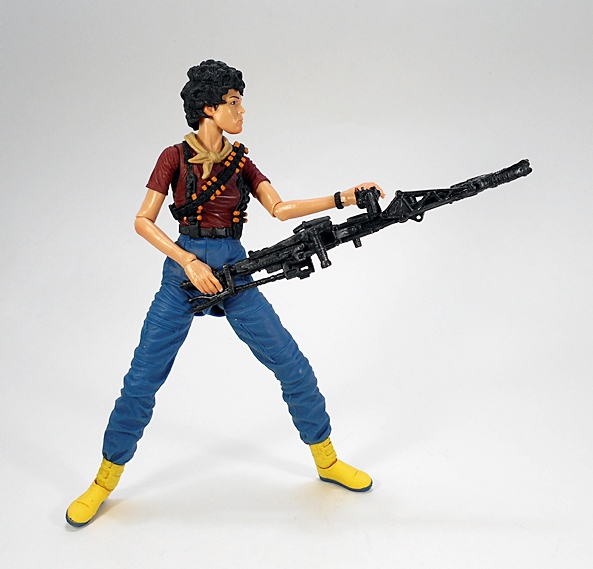 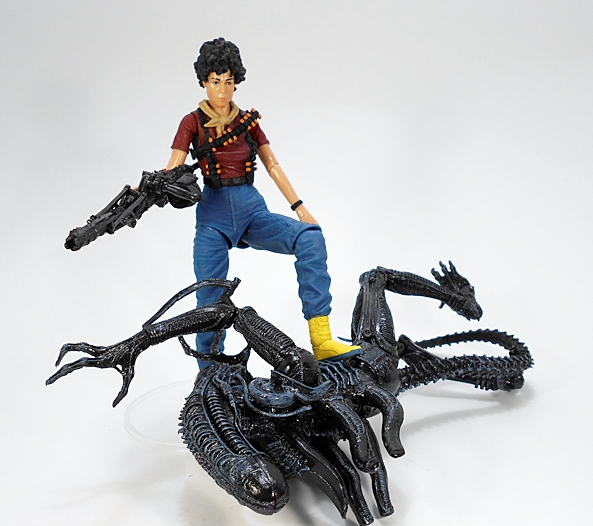 The only downside of this figure is that the availability was spotty at release because of quick sell outs leading to a run on Ebay and doubling the price of the figure. But now all that has settled down, and at the time I’m posting this Feature, Ripley is available on TRU’s website for the original $24.99. Obviously, this figure is aimed at the 90’s kids who have nostalgia for the original toy line, but I’m proof positive that the figure’s appeal can transcend that. Seeing as I don’t own the original release of Aliens Ripley, I’m very happy to have this mold on my shelf and the coloring just makes her all the more special.