Just a quick note: If you’re here for Anime Saturday, I’m sorry to say it’s been bumped this week for an impromptu marathon of Star Wars toy reviews, but things will return to normal next week, I promise! And now, on with the feature…

The action figure aisles are full of Marvel and Star Wars roleplay toys from Hasbro. There’s everything from cheap plastic masks that turn you into your favorite Avenger on the playground to Blaster-style Nerf guns cast in bright plastic to keep you from robbing liquor stores with them. Wait, what? But what’s missing are quality reproductions of some of those movie props. Not roleplay toys, not really prop replicas, but something in between. Well, Hasbro has stepped up with a new line of items to fill that void and today I’m checking out their Stormtrooper Voice Changer Helmet. 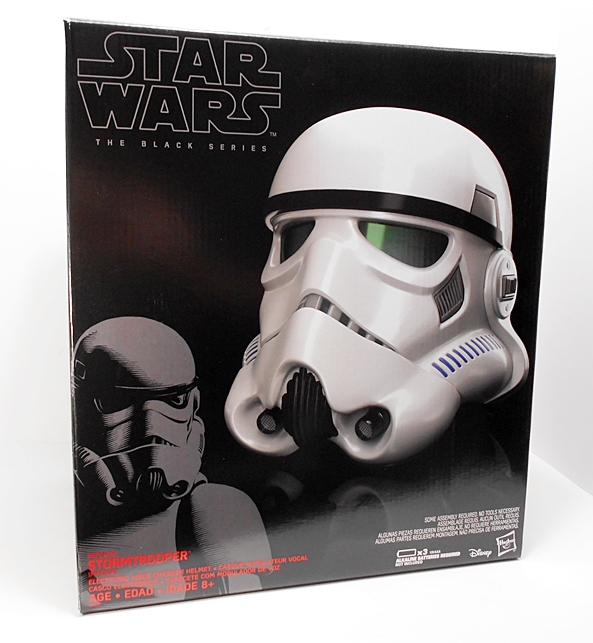 The helmet comes in a box branded to match the Star Wars Black action figure line. It’s a fully enclosed black box with a little red, and some pictures and line drawings of the helmet on each panel. It’s a big box, but the helmet still comes in three pieces and requires some quick assembly. Inside the box, each of the pieces are wrapped in plastic and you get a very simple illustrated instruction booklet, which doesn’t really tell me anything I couldn’t have figured out already. The quality of plastic used on the helmet is very solid, but it’s still a toy. It makes for a very sturdy helmet, but it probably doesn’t have the heft of one of the true replicas on the market. 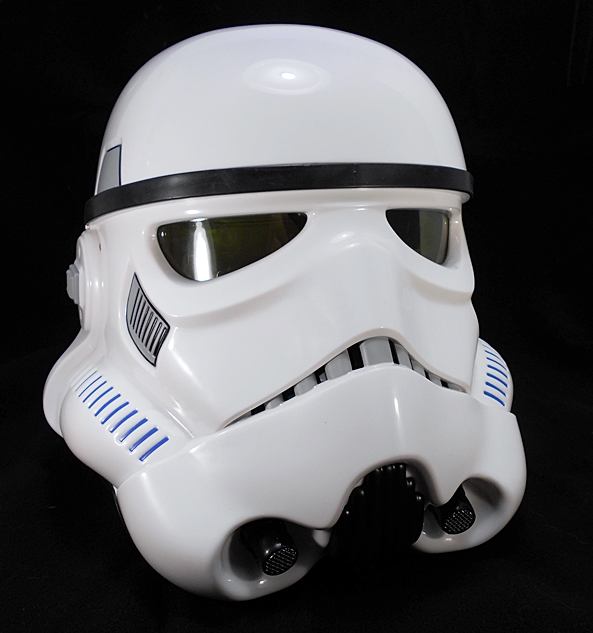 All assembled, this thing is pretty damn big. Having never held an actual 1:1 scale Stormy helmet, I thought it might be a little too big, but that thought was dispelled when I put it on. More on that in a bit. The sculpt on this thing looks pretty good to me. I’m not one of those people who can pick out all the inaccuracies in things like this, so the die-hard experts can probably poke all sorts of holes in it. I’ll just say it looks close enough for me. I think the sculpting on the induction filters and the vocader look particularly good.

The finish here is simple plastic. It’s nice and glossy, but it doesn’t quite have that new car finish look to it. There are a few very minor marks from the molding process, but nothing too obvious. The paint is all very clean, but certain parts, like the blue on the exhaust filters, do look a little more toyish than others. On the other hand, I think the paint on the mouth vent and the heat dispersal vents on the cheeks looks really nice. The eye lenses are tinted green and in a lot of conditions they look fine, but sometimes, when displayed under bright lights, the tint doesn’t look quite dark enough. Depending on where I wind up displaying this thing, I may put cards behind the eyes to darken those up. The rubber guard strip that runs above the eyes is indeed rubber and adds to the build quality. The auditory sensor on the right ear presses in to activate the voice changing gimmick, which is a good segue to talk about the electronics.

The electronics gimmick unfortunately reveals itself on the back of the helmet, both through a speaker and the seams of the battery compartment. It’s easily the biggest defining factor that pushes this into the toy category. It’s not terribly unsightly, but it will forever remind me when I look at it from behind that this is an expensive toy and not a proper replica. It’s a shame because when you get down to it, the voice changing element is not very good at all and I would have much rather they left it out entirely or just maybe put some dialogue clips in it from the films. As it is, I’ve already taken the batteries out and have no plans on using the feature. 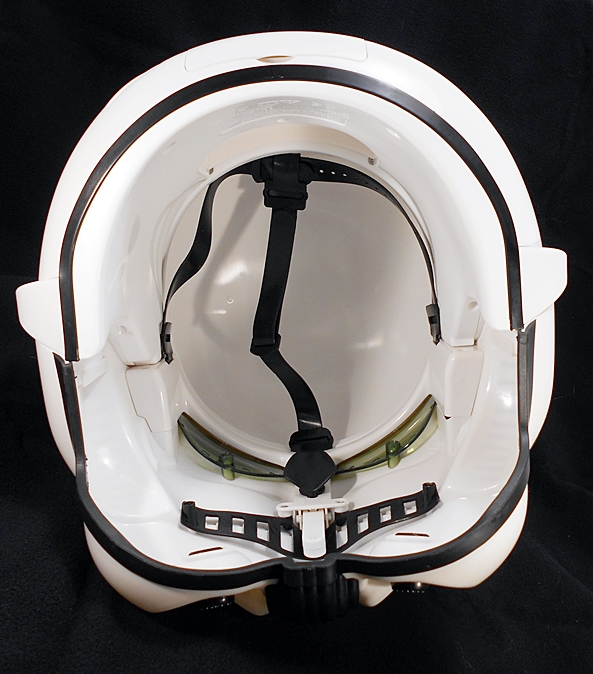 Here’s a peek inside the helmet. Even as a 44 year old dude, this thing fits pretty well, but it’s still close quarters in there. The straps on the top are adjustable to fit your dome, but I have them expanded all the way out. It does have a habit of resting right on my nose, which could get a little uncomfortable after a while. That’s OK for me, since I didn’t buy this to wear, but I think it would be perfectly serviceable for a cosplayer. Of course, that begs the question, if you’re a cosplayer with a full set of Stormtrooper armor, do you really need this helmet. 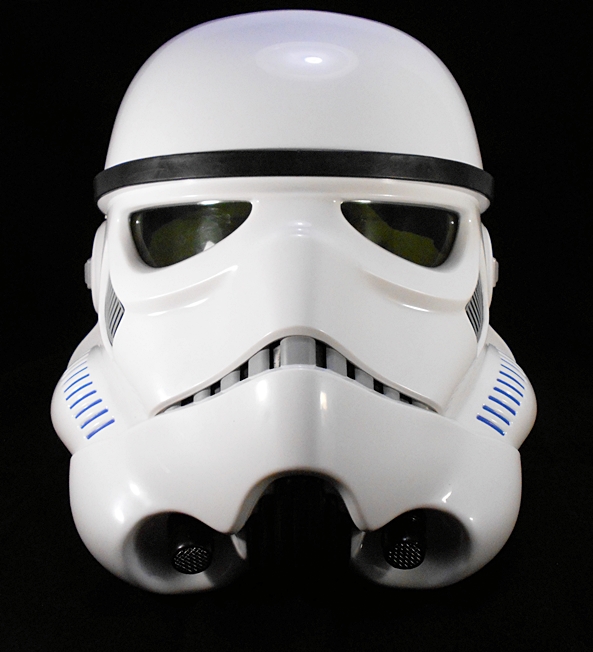 To be honest, I had no idea what to expect when I opened this thing, but it turned out to be a really nice surprise. The helmet retails at about $80 and I’m OK with that price. I would have rather they left out the electronics and knocked the price down a bit, but I’m still happy with what I got and very glad I bought it. It’s going to be interesting to see how these sell, but I’m hoping Hasbro has a lot of success with them. I’d love to see them produce some more, particularly a Tie-Pilot helmet and a First Order Stormtrooper.