Wow, the Doctor Strange Wave was a big assortment of figures! With your average Build-A-Figure comprised of about six parts, the eight figures that constituted the Dormammu Wave seemed like an awful lot. What’s more, every single figure came with BAF parts and this was a wave that I hunted individually, rather than ordering all at once, making completing this one quite the journey. But here we are at the end, and its time to cobble together the big baddie himself, Dormammu! 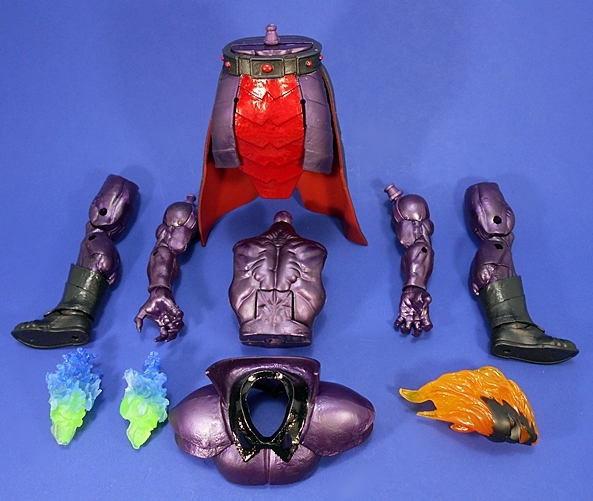 Of course, if you happened to be lucky enough to pick up the Marvel Legends SDCC set from last year, you already own a variant of this figure. It’s been a while since I set eyes on that figure but, if I recall correctly, the differences are minor. If you count everything, The Dormammu BAF is actually comprised of eleven pieces. You have the arms, the legs, the upper torso, the pelvis, the skirt, the head, the shoulder armor, and the two skull accessories. With that having been said, he still pieces together pretty easily, although one of the legs on mine was a bit problematic. It should be pointed out that the Doctor Strange film did something similar with Dormammu that Fantastic Four: Rise of the Silver Surfer did with Galactus. They turned him into a massive, and somewhat amorphous, entity whereas this is clearly the comic version. The character stretches all the way back to the 60s, but this figure is certainly inspired by his modern appearances. 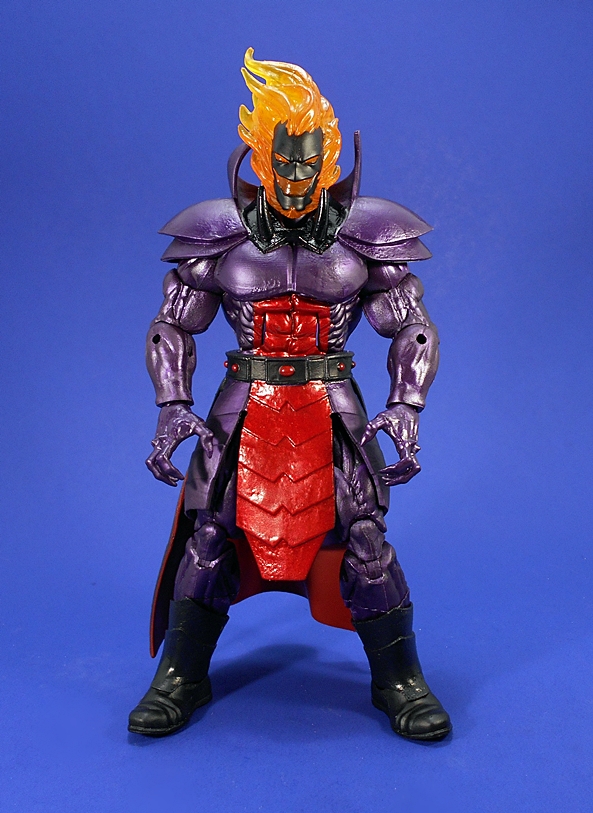 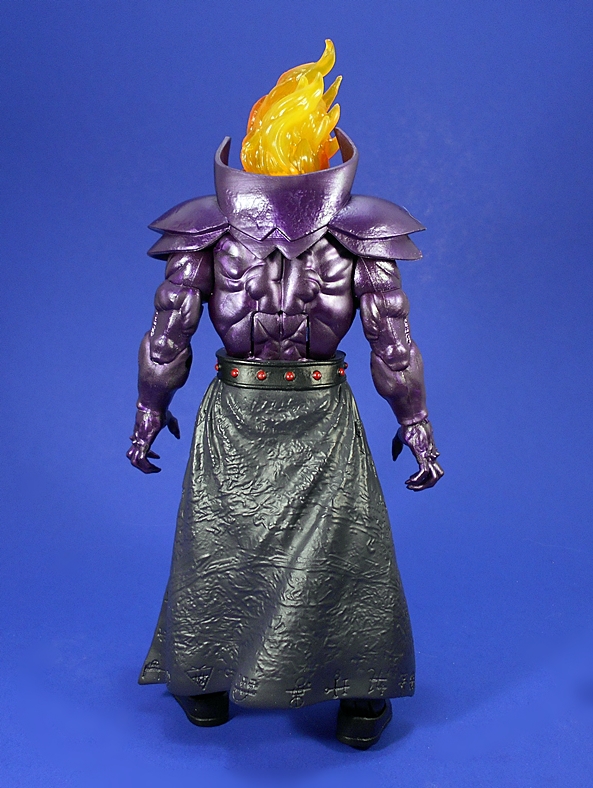 The buck itself is fairly generic with a lot of sculpted muscles cast in a beautiful metallic purple. The hands are molded into grasping claws and there’s some original sculpting for the boots. At least I don’t recall seeing these boots before. The belt piece is cast in soft plastic and features a half cape in the back, two thigh pieces and a red segmented flap that hangs down the front. It’s slit enough to allow for some pretty good movement in the legs. The red paint on the flap also matches nicely with the paint on his abs, making it look like it’s all one piece. The shoulder armor is impressive and features two large spikes rising up from the front as well as a fashionable high collar in the back. The articulation here is pretty standard stuff. You get rotating hinges in the shoulders, wrists, and hips, double hinges in the elbows and knees, and swivels in the biceps and thighs. The ankles have both hinges and lateral rockers, the waist swivels, there’s an ab crunch hinge in the torso, and the neck is both hinged and ball jointed. 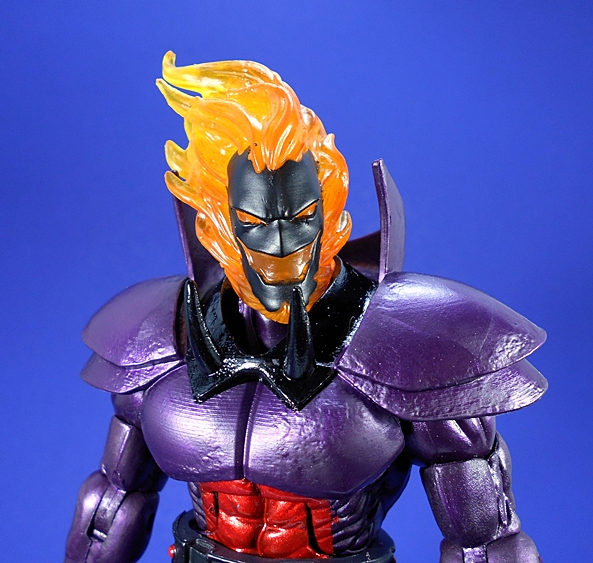 The design of the head is very cool. It looks like a mask floating in a sea of fire, and to me it’s very reminiscent of the look of Helspont from Jim Lee’s WildCATS, another favorite comic villain design of mine. The translucent orange flame can even sport some nice effects when introduced to the proper lighting. 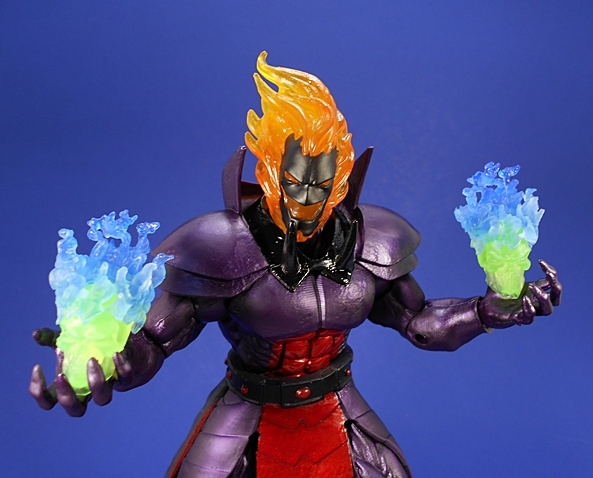 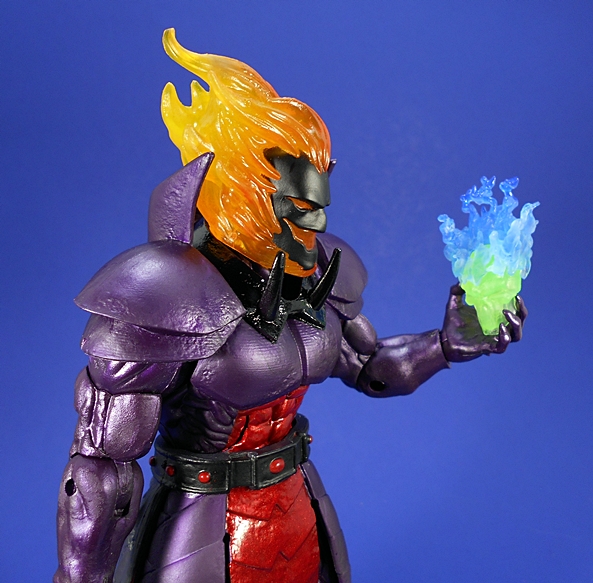 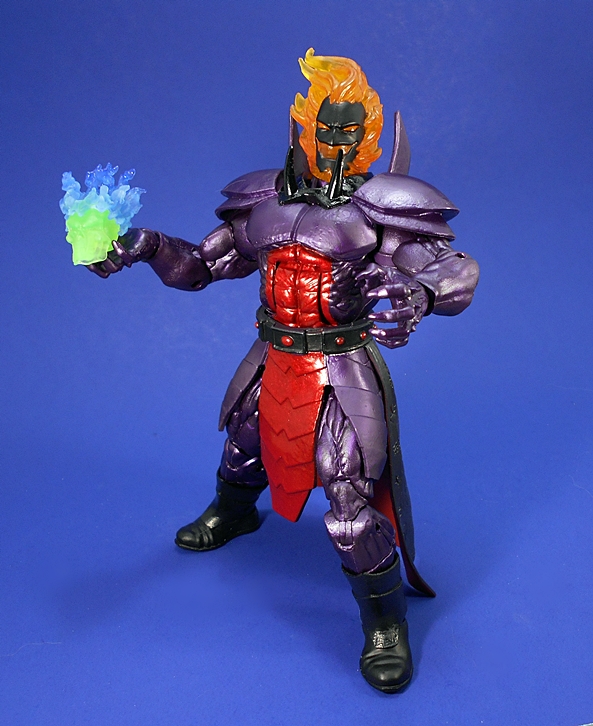 Dormammu comes with two pairs of glowing skulls, which are pretty damn cool. The skulls are cast in transparent neon green plastic with translucent blue flames coming off the tops. These catch the light beautifully and he looks damn great holding them. Oh, and if they look familiar, that’s because they’re both Ghost Rider heads from the 2012 release. 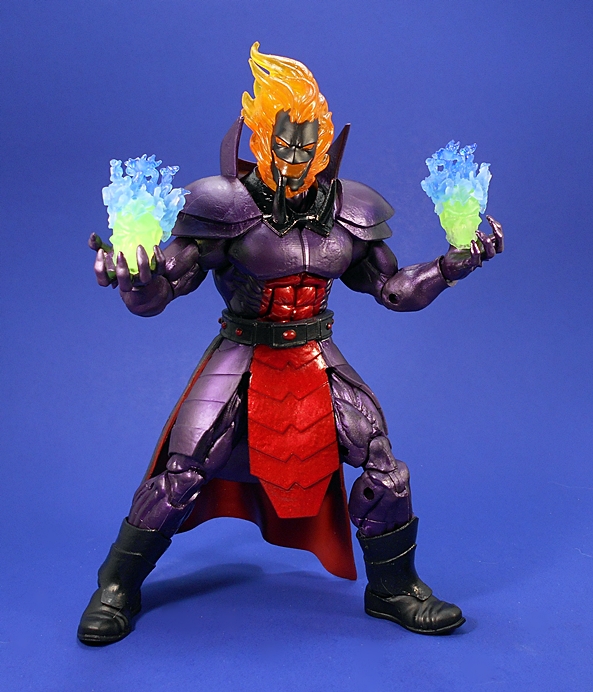 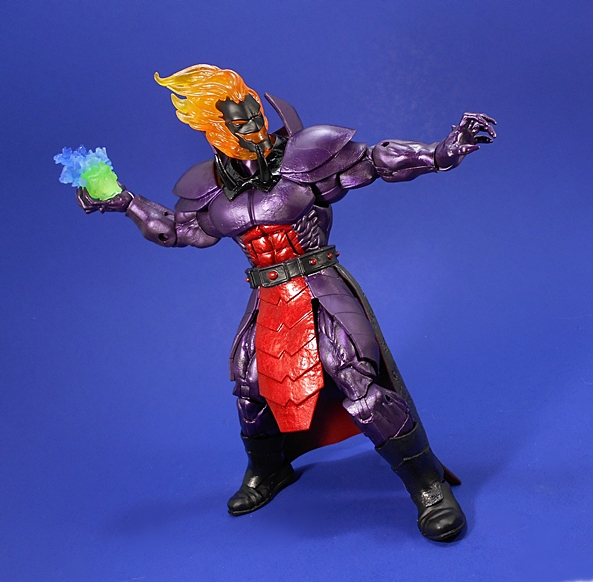 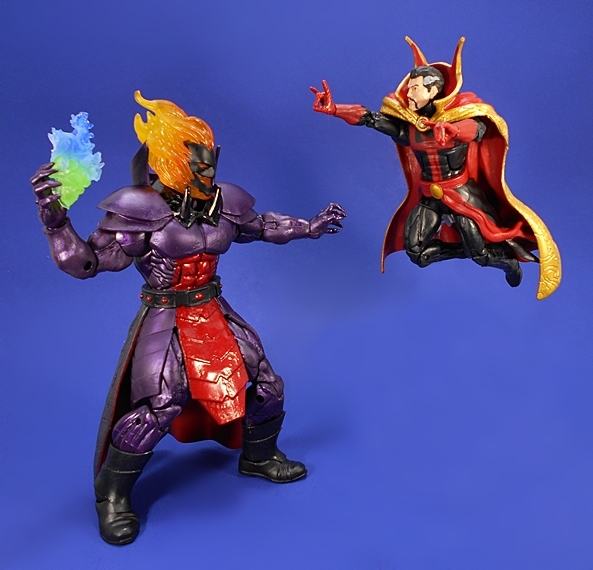 To be honest, Dormammu was not high on my list of characters that I wanted for my Legends shelves, but that doesn’t make him less welcome. With the 3 3/4-inch Marvel Universe releases sputtering on life support, Legends has become prolific and deep enough to step up and become my universe building line for Marvel figures and as such no character is really unwelcome. Besides, I really dig this guy and he’s loads of fun to play with. Dormammu is a solid figure and I know a number of collectors were relieved to have the opportunity to pick him up outside what has become a very pricey exclusive box set. He also beautifully caps off what was an overall excellent assortment of figures. 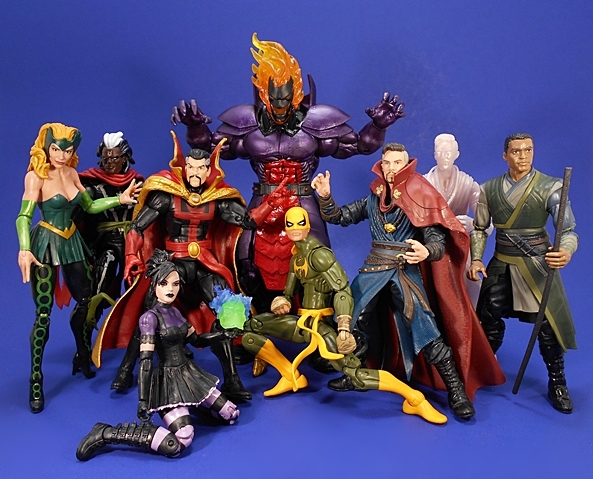 On the next Marvel Monday, I’ll be backtracking to the Abomination Wave. At only five figures, it’s a hell of a lot smaller than this one, and I’ll likely be doubling up at least once in order to get through it a bit more quickly.