It’s another Marvel Monday and I’m continuing with my very untimely slog through the Space Venom Wave. Will I ever be current with this line? Well, I’m no math expert, but I think the numbers are against me. Maybe I’ll do a Marvel Legends themed week at some point and bust out a whole wave to help get caught up. In the meantime today I’m checking out Roderick Kingsley as The Hobgoblin!

And here’s a quick look at him in the package before I tear it to shreds. You’ll note that his name doesn’t appear on the front, as he shares this slot with Electro as one of Spider-Man’s “Evil Adversaries!” It feels like only yesterday that we got the Phil Ulrich version of Hobgoblin as a Build-A-Figure, but that was back in 2015. Wow… how time flies. No wonder I have so many of these damn things waiting to be opened. I wonder how many unopened Marvel Legends they’ll be pulling out of my home after I die? Anyway, the Ulrich Hobgoblin was a fantastic figure, but it seemed like a lot of fans were crying foul that we got that version released before this one. Well, everybody can calm down now, because Kingsley Hobbie is out and he’s pretty damn fantastic. 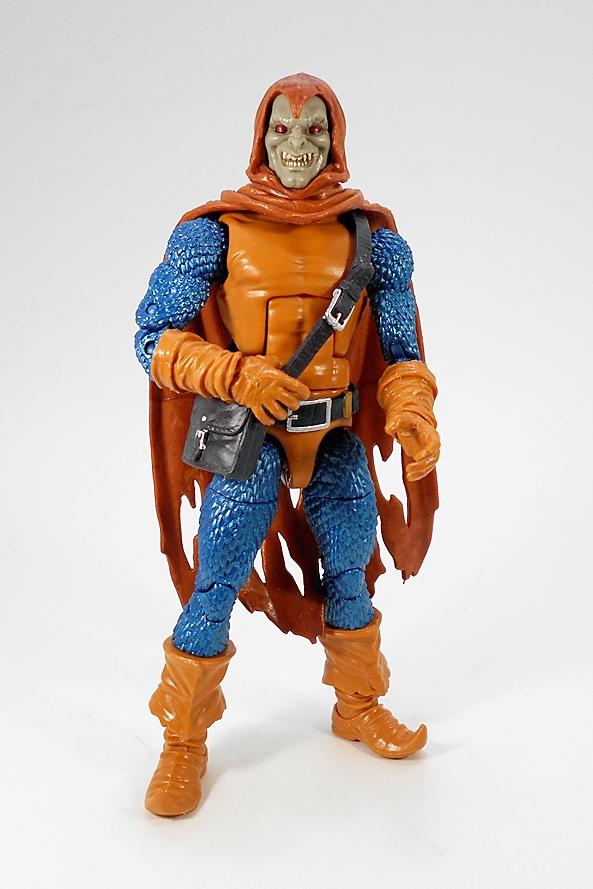 If you were expecting a lot of reuse here, you should be pleasantly surprised to find that’s not the case. This Hobbie looks appropriately beefier and features a good deal of new sculpting. Most notably, the scale-mail on his arms and legs is all sculpted in and looks great. I think he borrowed it from Deathstroke. I dig the amount of detail in the gauntlets and buccaneer boots, particularly the sculpted fraying of his boot cuffs and the upturned toes. Finally, you get a wide belt sculpted onto the tunic. There isn’t a whole lot of paint on the buck, but the metallic blue looks fantastic and it compliments the orange nicely.

Hasbro did a particularly nice job on the cape. It’s ragged and shredded and it’s painted with a grimy wash to match the hood perfectly. It’s also removable simply by popping off the head.

The stock head is a fantastic sculpt and appropriately less stylized than the Ulrich Hobbie head. The vacant red eyes are awesome, and while the paint on the teeth could certainly have been better applied, It doesn’t really detract from the portrait much for me. The hood is completely separate from the head itself and you can even take it off. But, what’s that? This head isn’t maniacal enough for you. You want a fully cracked-out look with more tongue. No problem! 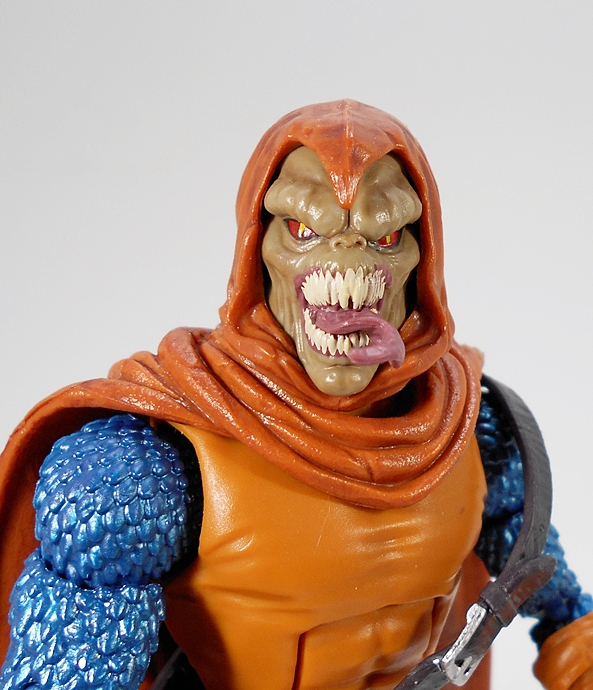 The alternate head features a protruding tongue flanked top and bottom by walls of vicious looking teeth. This head also features some yellow pupils painted in on the eyes. This is some great work, and it pains me to say that I’ll probably never really use this head for display, but it’s nice that Hasbro through it in there.

Overall, the articulation here is pretty good, although I have a tiny quibble about the shoulders. The rotating hinges there feel a bit ratchety and there’s really no reason for it that nonsense in a figure this scale. Otherwise, the points include: Double hinges in the elbows and knees, swivels in the biceps, thighs, and boots, rotating hinges in the wrists, ball joints in the hips, hinges and lateral rockers in the ankles, a swivel in the chest, an ab crunch hinge, and both a ball joint and hinge in the neck.

In addition to the extra head, Hobgoblin also comes with some excellent accessories. You get his satchel, which hangs off his shoulder. It’s a great little sculpt and features some silver paint on the buckles. Hobbie’s metrosexual man bag allows him to carry his spare bombs, and maybe a few sundry items for when he wants to freshen up. 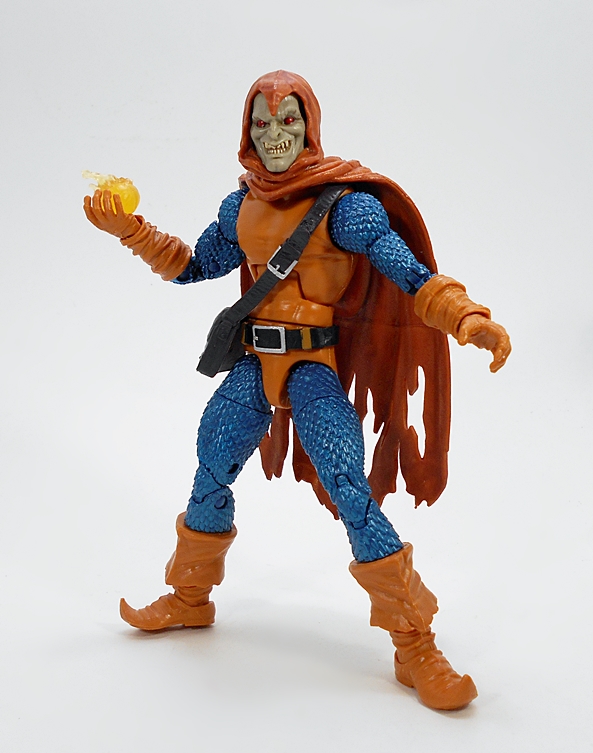 Yup, bombs! Hobgoblin comes with a single glowy yellow bomb, which he can hold pretty well in either hand. And no, you can’t put it in his man bag.

And finally, he comes with his glider. Yes, it’s a very simple piece, molded in pretty soft gray plastic, and maybe a little undersized, but he looks great on it. There are loops to stick his feet through and the upturned toes of the boots help lock them into place. 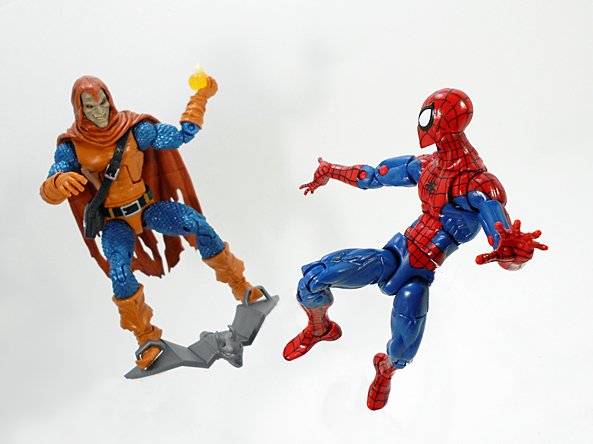 Other than a few tweaks in the shoulders I’ve got nothing but praise for Hobbie here. He’s no doubt an important figure, and when you consider how many Spidey-themed waves we’ve had, it’s surprising that it took Hasbro this long to get to him. It’s even more surprising that they released the Ulrich Hobgoblin before this one, and both of them before The Green Goblin. What? No, the Ultimate Green Goblin BAF doesn’t count! Honestly, though, the priority of releases here really doesn’t bother me. I’m in Marvel Legends for the long haul, and at the rate Hasbro is pumping out the releases, they’ll get around to everyone sooner or later. I just hope that Squirrel Girl is going to be sooner rather than later.