Yup, every now and then I’m still picking up some of DC Collectibles’ New 52 line and the Super-Villains series was one of my favorites. I was tempted to pick up all of the Crime Syndicate, but I already have the DC Universe Classics versions, so I decided to just pick up some of the ones that Mattel never put out. Enter Deathstorm!

As usual, the figure comes in a sizable window box and it’s even branded with the Crime Syndicate logo up on the flap. This figure is based on the character’s appearance in Forever Evil where he was basically a living prison, trapping the Justice League inside his energy matrix. I really enjoy that story arc and Deathstorm had some solid moments in the events that unfolded, but the main reason I wanted the figure is because his character design is just so bad ass. 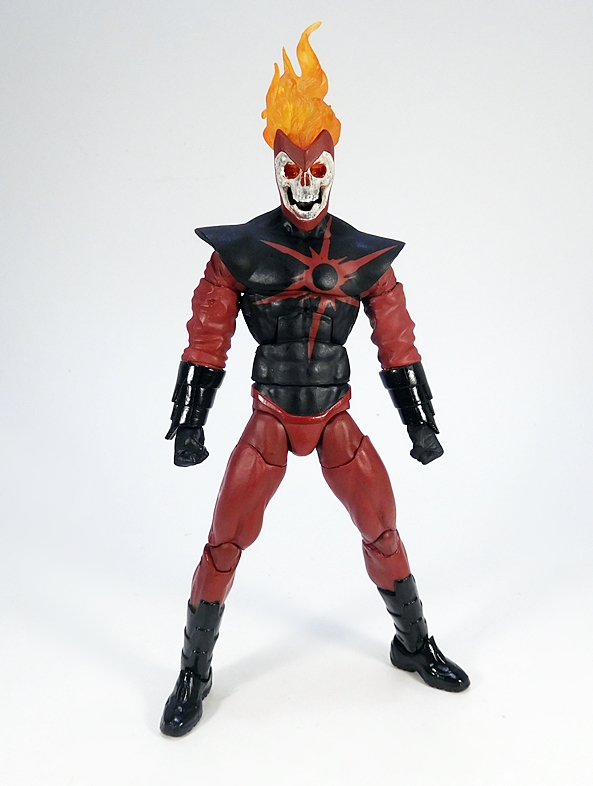 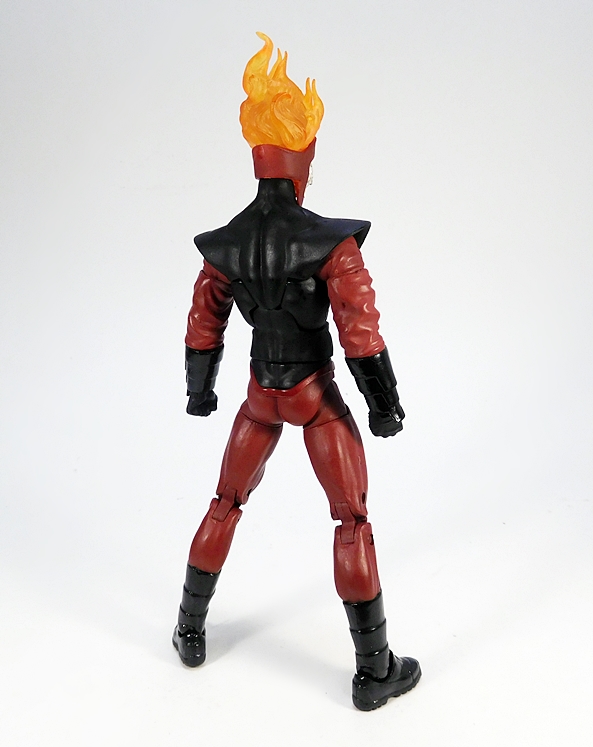 Deathstorm’s costume is a dark and sinister reflection of that of his counterpart Firestorm’s. He has a burgundy and black suit with the flared shoulders and segmented boots and bracers. He even has his own version of the energy burst symbol offset on his chest. From the neck down this is a fairly simple costume, but the figure pulls it off quite well, thanks mostly to some excellent paint work. I especially appreciate the mix of matte and gloss black.

And Deathstorm has a portrait that would make Ghost Rider proud! Yup, he’s sporting a full on skull for a face and he has a flame for hair. The skull is cast in the same translucent plastic as the flame and painted over with a dirty white finish. I’ll bet that lends to some pretty damn nice light piping.

Aw, yeah. It does! It’s a shame they couldn’t have slapped a hinge in that jaw, but it probably would have been difficult with the hood that frames it. 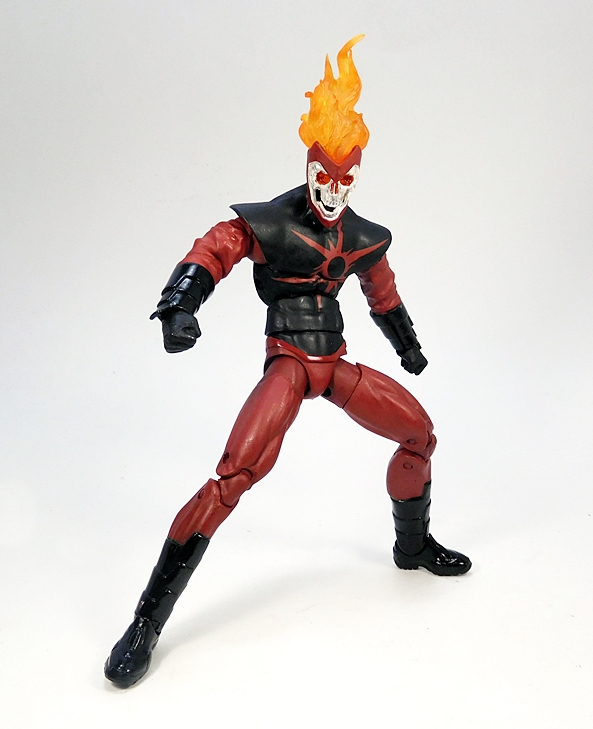 Speaking of articulation, Deathstorm’s got all the right points. You get rotating hinges in the shoulders and wrists, swivels in the biceps and thighs, ball joints in the hips, double hinges in the knees, and both hinges and lateral rockers in the ankles. The torso has a waist swivel and an ab hinge, and the neck is ball jointed. Note, I didn’t mention the elbows and note that there are no visible joints on the elbows. There are actually what appears to be rotating hinges buried under rubbery sleeves. It’s really uncommon for DC to put hidden joints on a figure, and I find it odd that they chose Deathstorm to get this treatment. Unfortunately, it has some mixed results. The right elbow articulates perfectly, the left one won’t hold a bend and it’s impossible for me to know what’s going on in there. Oh well, it was a cool idea. 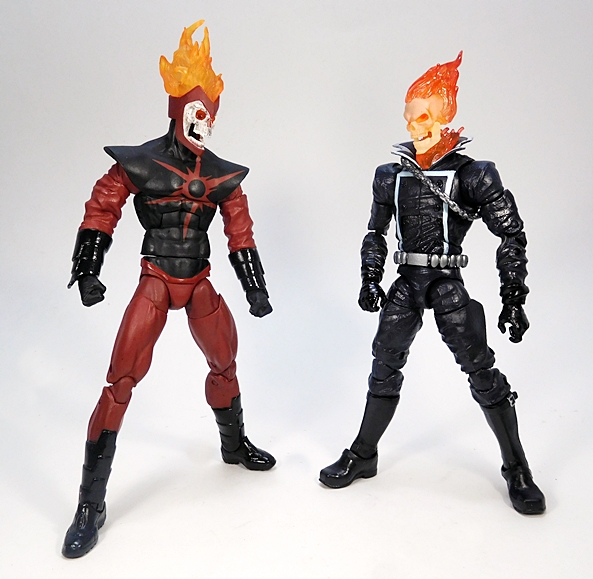 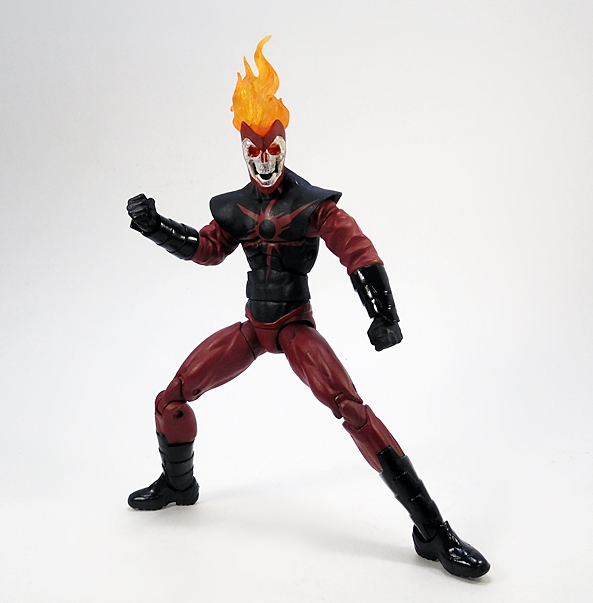 And that’s really all I have to say about Deathstorm. He comes with no accessories, although I’d like to think DCC sculpted a teeny tiny Justice League and inserted them all into his torso. He’s definitely a simple figure, but well executed. At least, everything but that one elbow. I picked him up at a really good price from an online comic shop, and I only wish the rest of the Crime Syndicate were going for reasonable prices these days, because I wouldn’t mind having more of them to go with him. As it is, I only have two other members of the Syndicate from this series, and I’ll be coming back around to look at them in a few weeks.