I had planned to look at both the Red and Green Lions last Thursday, but I was only able to get Green in time, so this week, I’m going to take a look at Red. It actually worked out fine, because I’m a little pressed for time today and needed to do a quickie… and after reviewing four of these kitties, this should indeed be quick!

We’ve seen this packaging three times so far, and Red’s isn’t any different. The card and bubble are not collector friendly, but it does offer a good look at what you’re getting. The inserts are personalized to fit the lion and the package shows you where Red goes when he combines with the others to form Voltron!

Of all the lions, Red and Green are the most similar to each other, both in size and overall aesthetic. The legs share the same molds and the differences in the bodies are very minor. I realize similarities are to be expected for the sake of Voltron’s symmetry, but I think the designs for Blue and Yellow (Voltron’s legs) were better distinguished. That’s not to say I’m disappointed. This sculpt is sleek and curvy and absolutely beautiful and the the heads are each unique.

Playmates picked a fantastic shade of red plastic, which looks great along with the black, gray, and silver paint. You also get a little bit of yellow at the base of the tail and some light blue paint apps on the hind legs. None of my lions have had poor paintwork, but I think Red here is probably the tightest. There aren’t any nicks in the white around the mouth and the slop is kept to a bare minimum. Given that these are most definitely toys and not collectibles, I’m quite happy with how they turned out.

And yes, the little pilot sled accessory is still included and can be stored in the hatch under the belly. I wish they were able to keep the paint apps on these that are shown on the package and promotional materials. Or that I had the skills to paint them up myself. As it stands, I don’t have a lot of use for these other than the way they really convey how enormous these lions are supposed to be.

The articulation is identical to the Green Lion, which means you get hinges in the hips, knees, and ankles of each leg, all of which contain ratchets. The head can rotate side to side but cannot look up or down. The jaws are spring loaded and the elbow joint for the arm mode gives him the ability to bend left or right in the middle, which is useful for posing.

As with the other lions, Red comes with a back-mounted weapon. In this case it’s called a Magma Beam Launcher. It’s fairly similar to Green’s weapon and as big and goofy as it is, I really don’t mind it too much. I do think it’s unfortunate that they couldn’t cast the missile in a red translucent plastic instead of the blue they used for Blue’s Ice Beam.

Red also includes the other half of the Blazing Sword. which features a translucent blue blase. Like Green, he can hold it in his jaws, but I don’t think it looks as good with him carrying it as the Green lion does wielding his half. 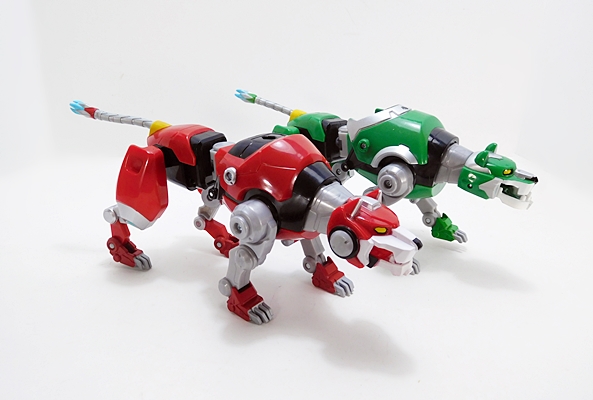 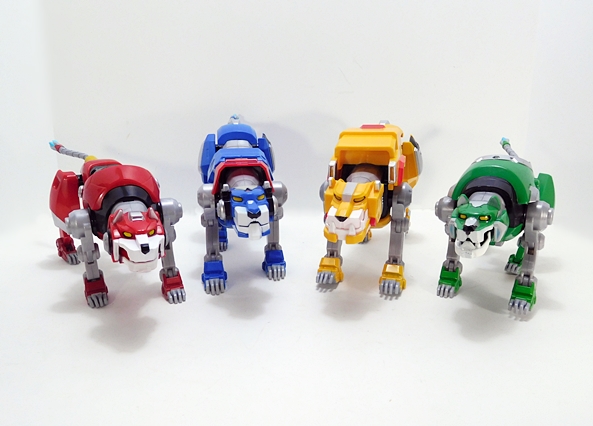 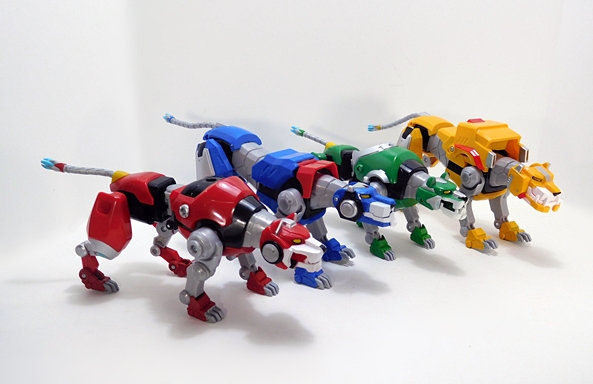 Playmates has produced yet another fun lion to add to the team. Right now, I’d say that Red is contending with Blue to be my favorite, but they’re all quite good. He even escapes the one minor gripe I have with these and that’s the paint on the others could have been a bit better. With that having been said, I’m happy to have most of this Pride of Lions assembled. Next up will be Keith’s Black Lion and after that I’ll be able to check out Voltron. And fear not, convertorobo fans, next week, I hope to be turning my attention back to Transformers proper at least for a week or two before coming back to Voltron!