I’ve got just a few more figures in the Okoye Wave before I switch over from looking at consecutive figures in each wave to randomizing my Marvel Legends reviews. It seemed only right to wrap this wave one before I make the change and I should be able to do that by next week. So today let’s check out the second to the last packaged figure in the somewhat Black Panther themed Okoye Build-A-Figure Wave: Black Bolt! I’ve had this one sitting around forever, so I’m pretty excited to get him open and see how he turned out. 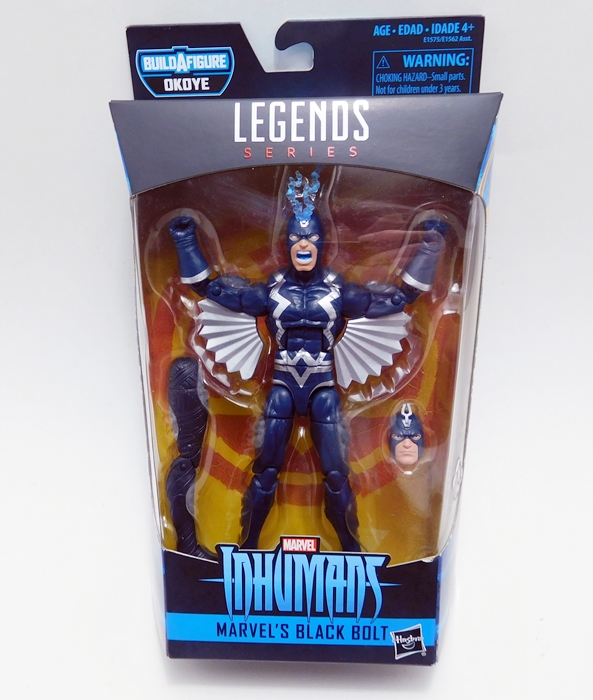 Last time I gave poor Sub-Mariner a lot of shit for not being Shuri. I don’t feel right doing the same thing here, because I was thrilled to see Black Bolt getting the Legends treatment. Sure, they could have tucked him into another wave and given us more MCU Black Panther figures, but whatever the case, I just can’t be upset over getting this figure. I imagine if that ill-fated Inhumans series had turned out better, we might have gotten an entire wave of Inhumans Legends, but considering how bad the show was received, I’m surprised we got the ones we got. Anyway, he comes with his shouting head on the figure, but let’s start with the regular head.

Here’s Black Bolt out of the box and my first reaction is to be a little underwhelmed. Overall, I think the suit is pretty good. The buck is cast in a dark blue plastic with silver paint to make up the various striping. The paint lines are clean enough, but there some slop on the silver up near his right shoulder where it looks like some hair or other foreign matter got in under the paint. It’s nothing terrible, but a little vexing nonetheless. The gauntlets are formed by plastic cones slipped over the forearms, and I’m n+-ot really happy with the way these look. They’re too chunky and make his fists look extra small to me. They also don’t help the wrist articulation much. 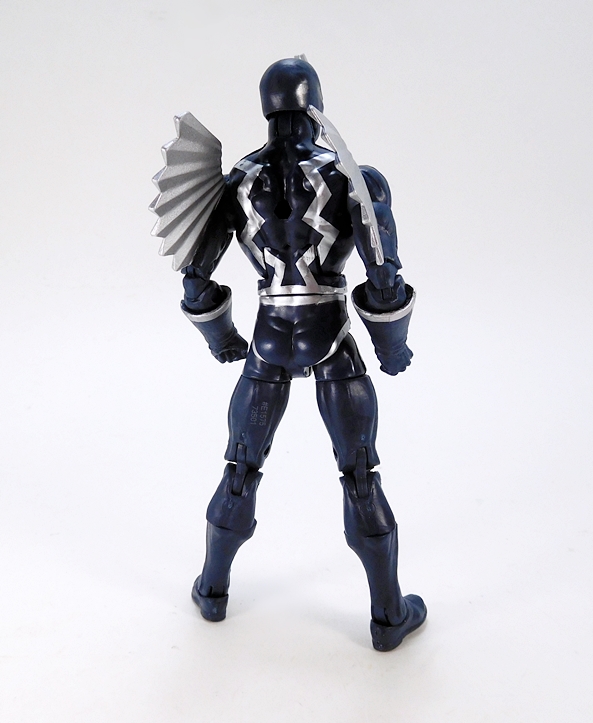 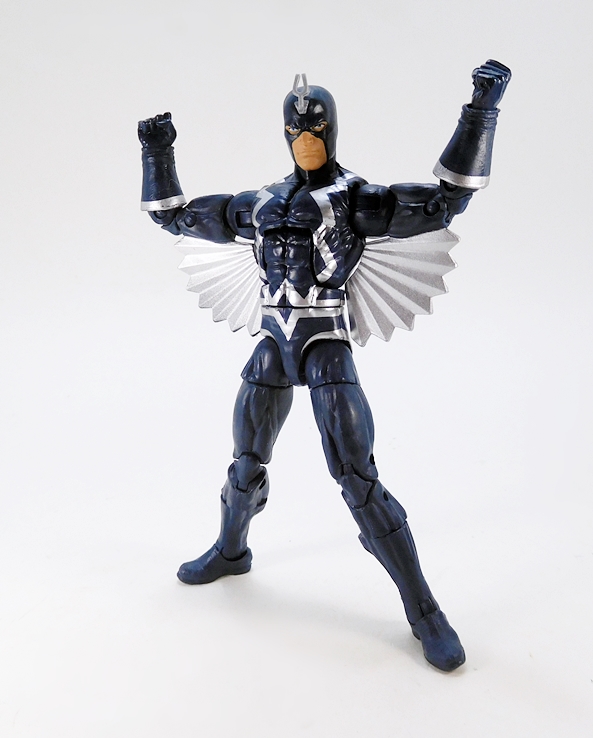 The wings were always going to be a compromise here, and I guess I’m OK with the direction Hasbro went with them. They are firmly attached to the figure, so at least I don’t have them popping off every time I touch the figure like the MCU Spider-Man figure. They actually don’t look half bad when his arms are at rest at his sides, even though it’s not what they’re supposed to look like, I kind of dig the blade-like effect. But obviously, they’re intended to look their best when Black Bolt is standing with his arms straight out at the shoulders, and they do indeed look nice when the figure is posed this way. 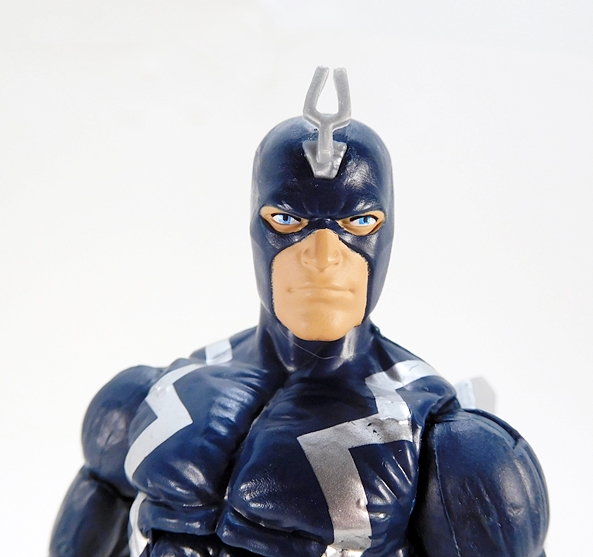 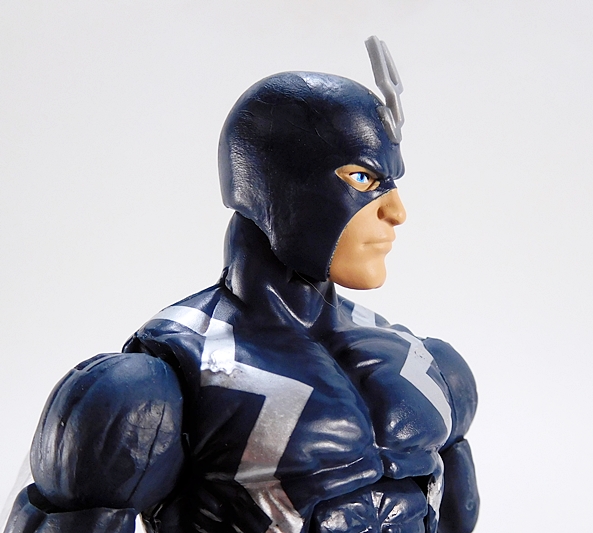 I haven’t pulled out the figures to check, but I feel like Black Bolt’s head is a re-working of one of the older Captain America figures. It has a similar soft facial sculpt to it. Whether or not that’s the case, it strikes me as kind of generic and boring, particularly when viewed from the front. The cowl does look good and the eyes are painted well. I also like the tuning-fork on his forehead. Despite being cast in soft plastic, it seems like it won’t have too much problems with warping. 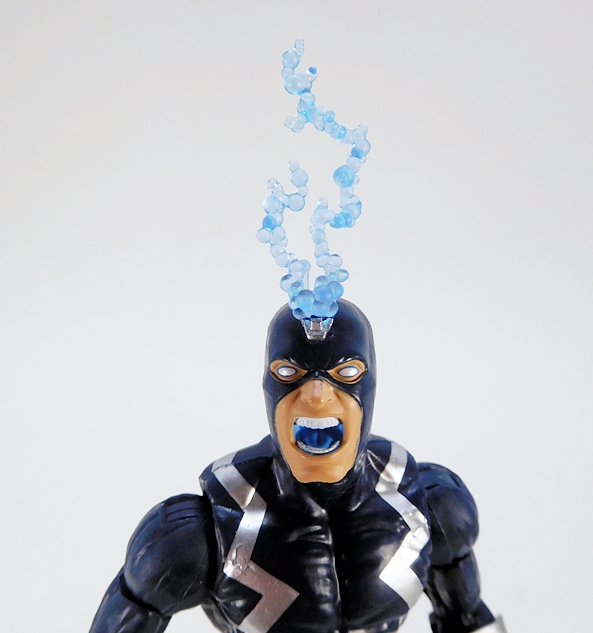 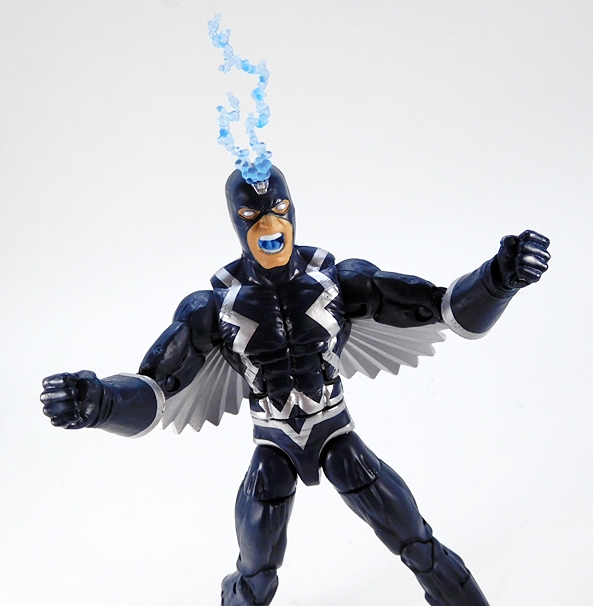 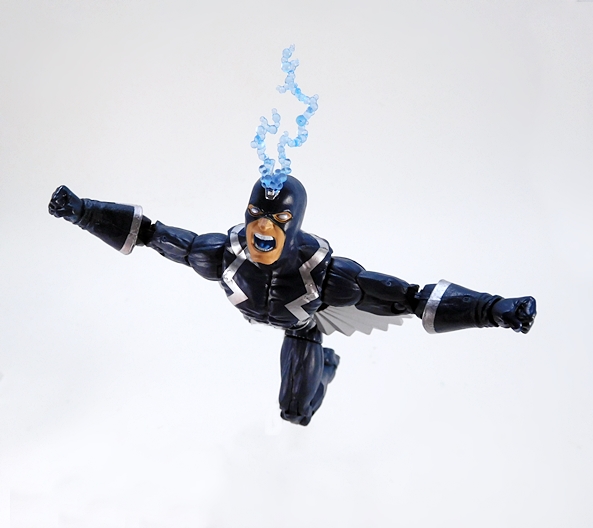 The alternate screaming head is much better, but I still don’t think this is among Hasbro’s better work in the line. That’s not to say it’s bad. I actually like how they did the open mouth with the blue paint to suggest the power emanating from within. The whited out eyes look cool too and the translucent blue energy effect coming off the fork looks fantastic. 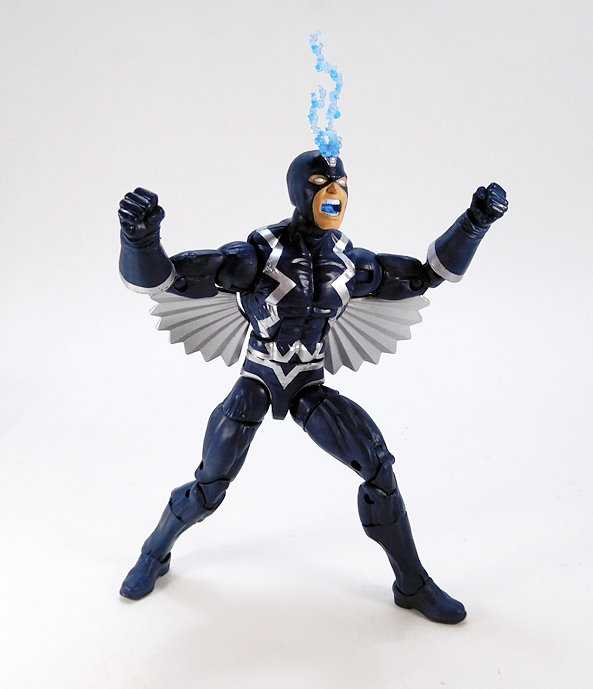 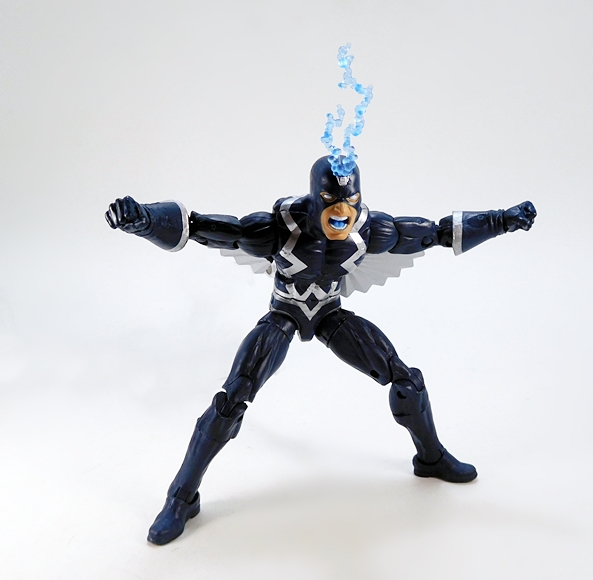 The articulation here holds no surprises. The arms have rotating hinges at the shoulders and wrists, double hinges in the elbows, and swivels in the biceps. The legs are ball jointed at the hips, double hinged at the knees, and have swivels at the thighs and lower legs. The ankles have hinges and rockers. There’s a swivel in the waist, an ab crunch hinge in the torso and the neck is both ball jointed and hinged. I’ll note here how much I wish they had gone with hands that weren’t fists. I think clutching hands or relaxed hands would have worked so much better. 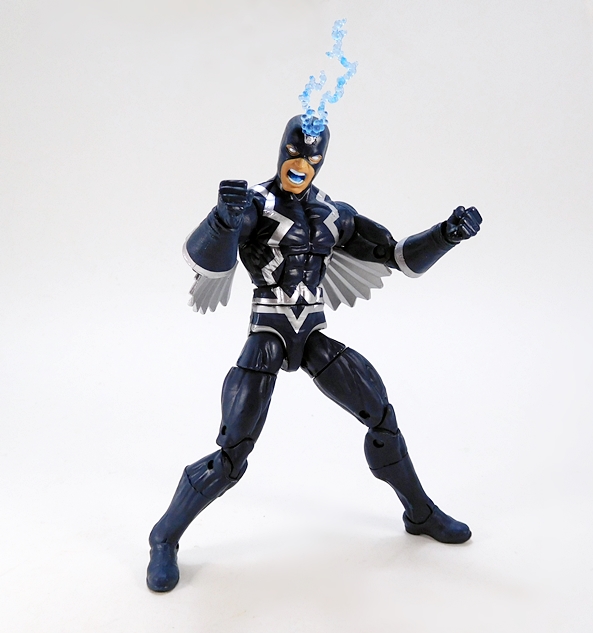 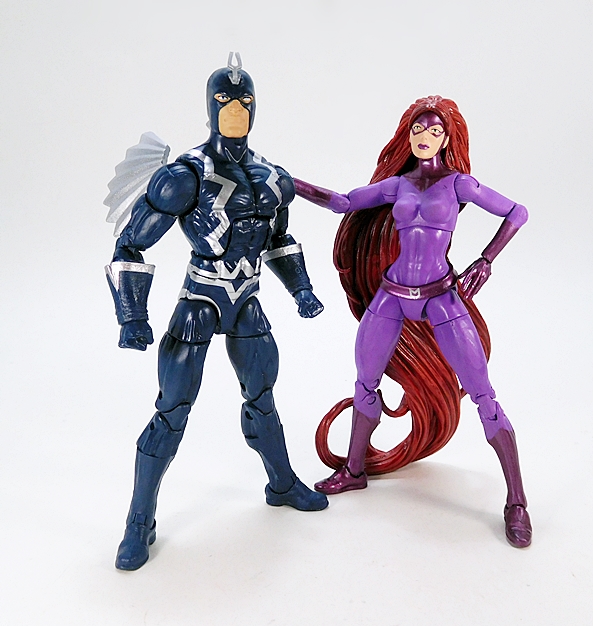 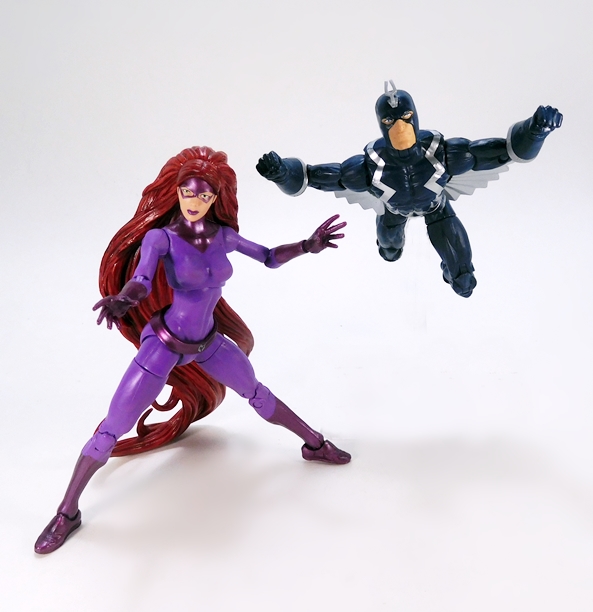 Wow, it feels like I came down really hard on this one, but Black Bolt is not a bad figure. Maybe this was a case of my high level of anticipation working against him. A sharper head sculpt and a different set of hands would have gone a long way toward making me love him more. As it is, he definitely gets the job done, and chances are I’ll be displaying him with his shouting head most of the time anyway. I’m still happy to have this one in my collection and now Medusa doesn’t have to be lonely anymore.