Here we are at Day Four of this week-long Captain Marvel Legends marathon and I’ll admit, I’m starting to feel a little punch-drunk. It’s funny, because when I started this blog almost nine years ago, I could rattle off seven reviews a week and think nothing of it. Now it feels like an endurance contest. Anyway, after opening three figures from the upcoming film, I thought it was time to take a break and look at one of the comic-inspired figures in this wave, so let’s check out Genis-Vell! 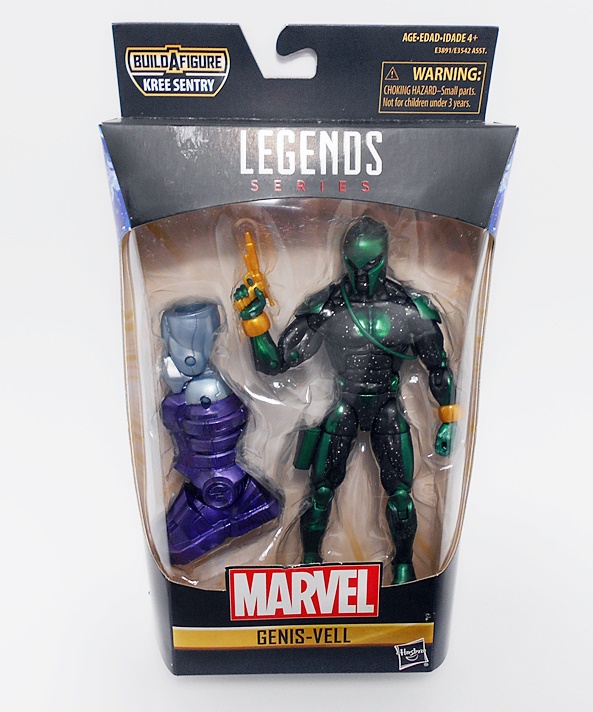 While I wouldn’t have guessed it before hand, in hindsight giving us Genis in this Captain Marvel wave is kind of a no-brainer. Obviously, they could have gone with a number of versions of Legacy, Photon, Mar-Vell, etc, but oh boy am I glad they went the way they did and gave us Genis in his Kree uniform-styled costume. For the more casual Legends collectors, the blurb on the back doesn’t begin to scratch the surface of Genis-Vell as a character, but then again I can’t imagine getting handed the job to sum him up in a single sentence in an effort to get kids to want to buy him. I guess it’s fortunate there are enough middle-aged nerds like me who are happy enough to do so. 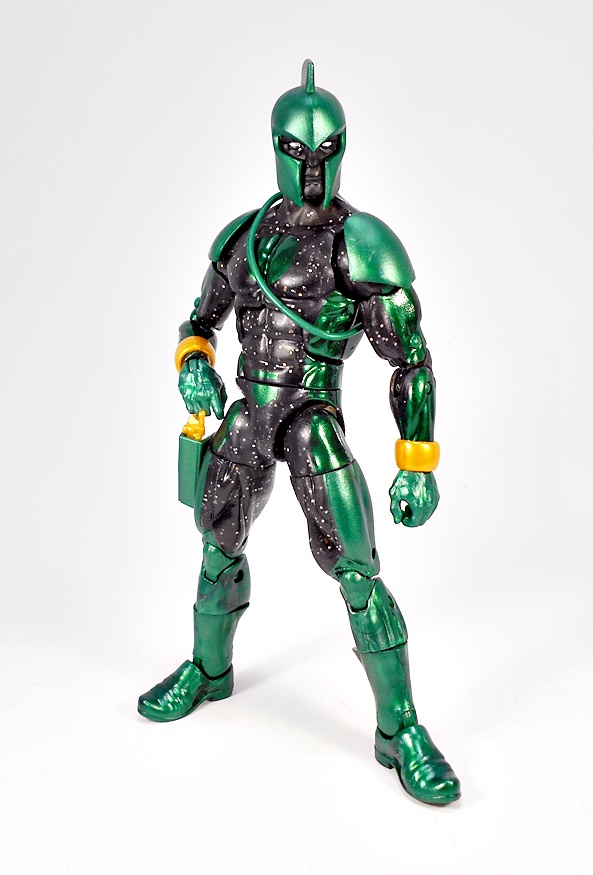 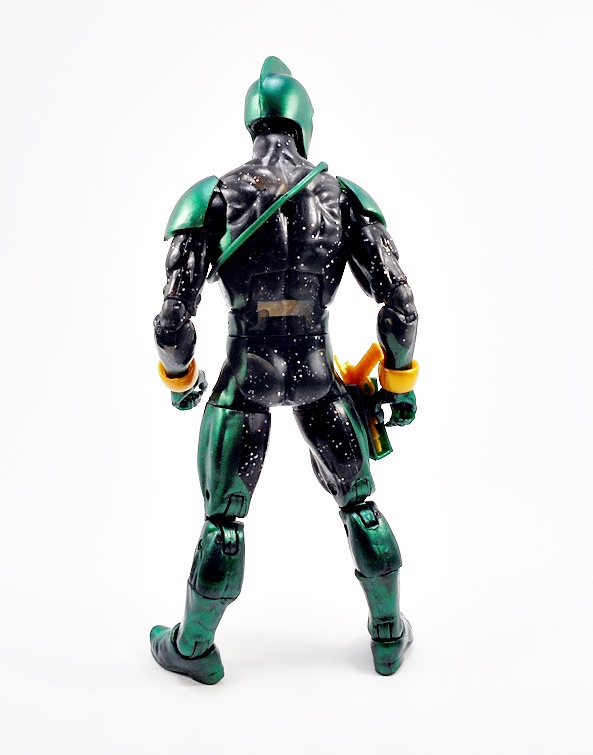 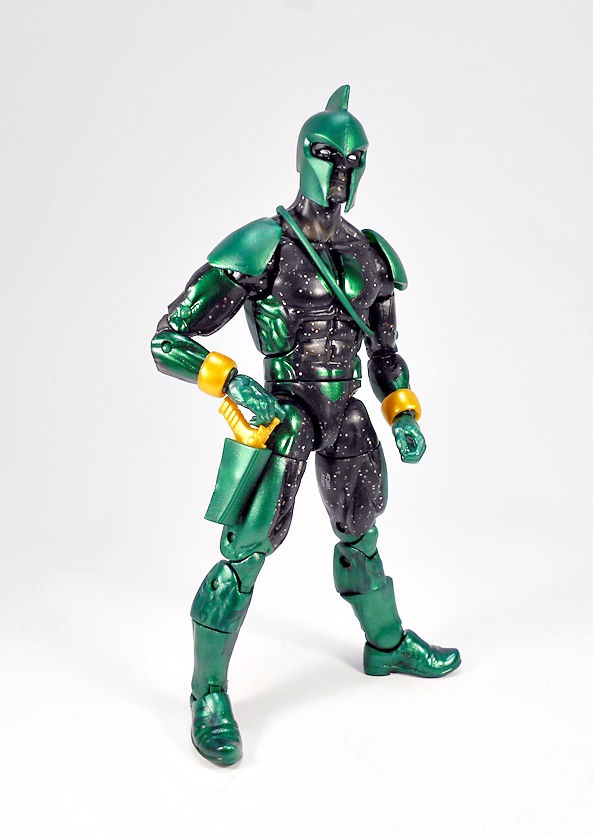 And this is such a cool design! I’ve always been a sucker for these cosmic speckled starfield characters, whether it be DC’s Thom Kallor or Marvel’s own Captain Universe, I just think they make for great action figure fodder, especially when they’re done with a combination of speckling and translucent plastic like Genis here. And yet, this is arguably one of the budget figures of the wave, as his costume gets by mostly with a generic buck. Indeed, from the neck down, the only newly sculpted bits are his shoulder armor, the hip holster, the cross-strap, and his Nega-Bands, but that doesn’t stop him from looking fabulous! In addition to the smoked-translucent parts fortified with glitter, Genis features a black and metallic emerald deco that would make any Kree (or even Green Lantern) proud! The paint applications are pretty sharp, and you also get a little bit of gold thrown into the mix for his Nega-Bands and gun. 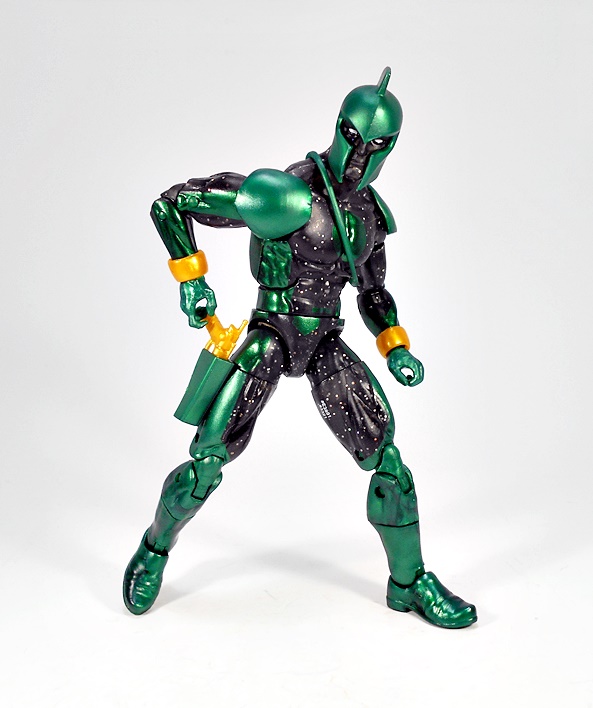 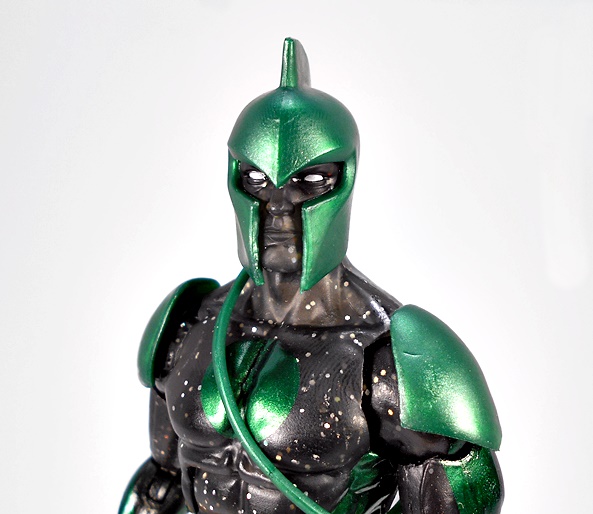 The head consists of a medieval-style barbutte helmet design with a simple crest on the top giving it something of a Grecco-Roman flavor. And yes, it just so happens to be all the fashion in the Kree Navy. It’s painted green to match the shoulder pads, and within it is Genis’ smoked-translucent noggin with white, pupil-less eyes. His expression looks pretty serene, and no an alternate anguished, insane portrait isn’t included, although that would have been pretty damn cool. 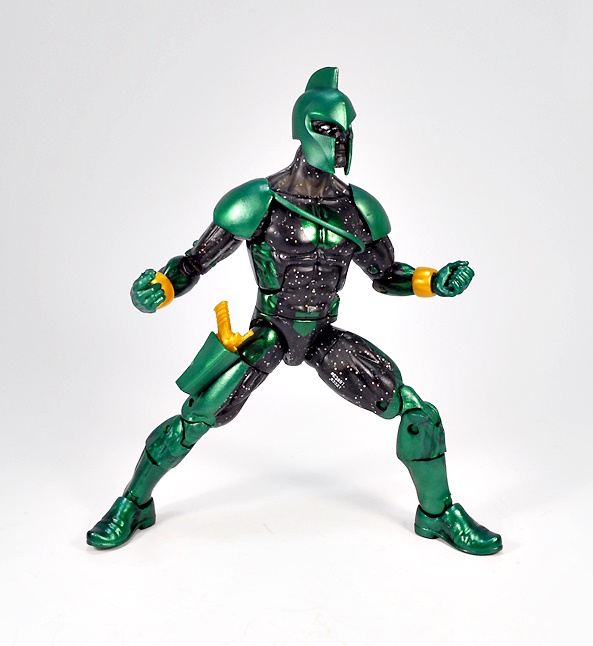 Because I’m going through extra reviews this week, I’m going to abstain from running through the articulation on every figure. What’s here is pretty typical, but if you need to know the particulars, just have a look back at this buck when it was used for Wonder Man. Otherwise, the only things worth noting are the shoulder armor is fixed in place and limits the articulation there a little bit, and the neck joint on my figure is really loosey-goosey. And while the articulation is good, sadly he’s not really able to clang his Nega-Bands together. 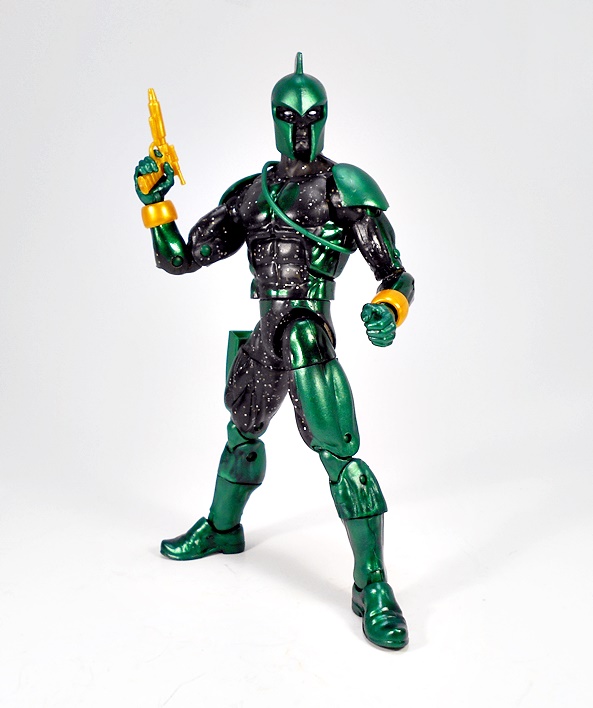 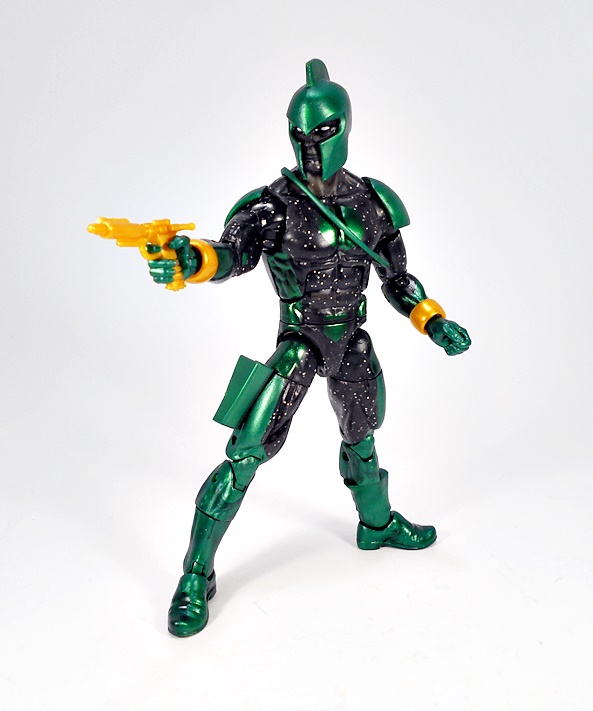 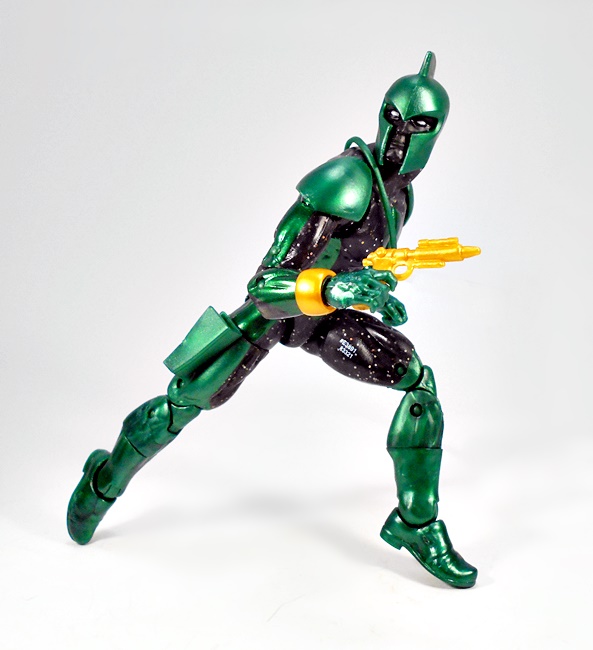 Genis-Vell comes with one accessory, and that’s the Kree sidearm, which fits into his holster. It’s a cool sculpt and cast in the same gold plastic as his Bands. 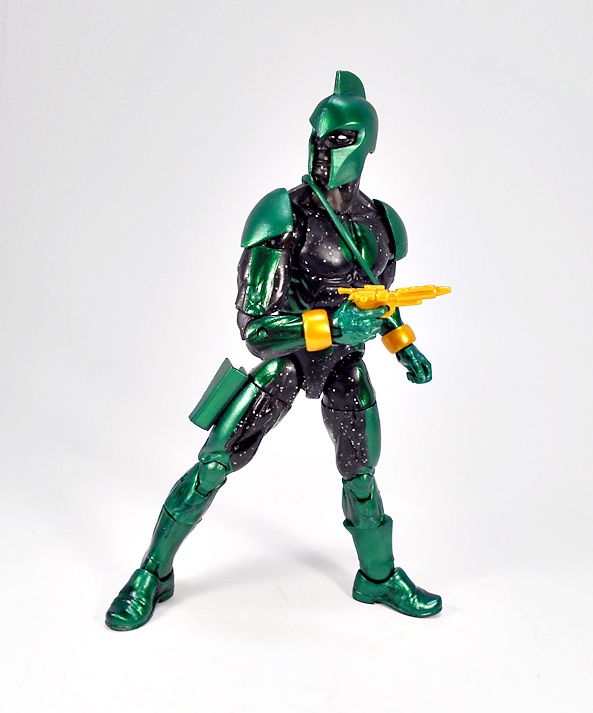 Hot damn, I love this figure! Not only does he give us a link in the chain of Captain Mar-Vell’s history, but the design is so distinctive that adds some great flavor to my Cosmic Marvel shelf. And hey, maybe if Hasbro can squeeze another themed wave out of this flick, we can get some other versions. Digging out the previous Mar-vell figure has me realizing how badly it’s in need of an update. I’ll keep this train rolling tomorrow, when I will knock out the other comic-inspired figure in the wave, Gray Gargoyle!