It’s time for another release from the Club Infinite Earths sub, and Matty is keeping on point by delivering another figure that is conspicuously missing from our shelves. Captain Marvel, Jr. was definitely on my list of characters that I needed for my display. Maybe he wasn’t high on that list, but he was definitely on there! His arrival also reminds me that Captain Marvel himself is vacant from my DCUC lineup. Yes, somehow I own both versions of Mary Batson, but there’s still a gaping hole in my collection where Captain Marvel should be. Note to self: Pick up the Black Adam and Captain Marvel 2-pack. Anyway, let’s check him out… oh yeah, and… KRAKOOOM! 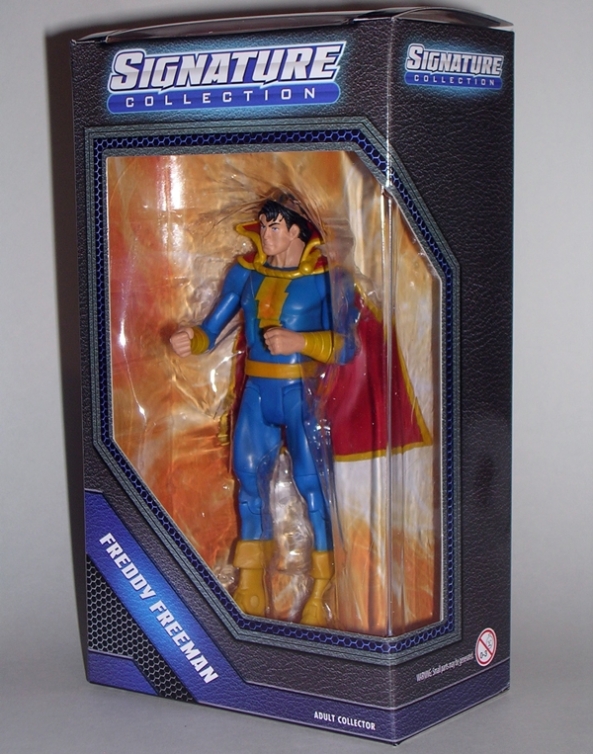 Once again, the Signature Collection packaging consists of a delightful little window box. It’s collector friendly, it shows off the figure quite nicely, and it sports some rather excellent character art. No, wait… scratch that last bit… force of habit. I am not really digging the character art here. Freddy looks a little too Alfred E. Neumann to me. Anyway, there’s a bio blurb on the back, which contains the amazingly awesome phrase, “Captain Nazi killed his grandfather.” Oh yeah, shit just got real. Now that you’ve mentioned Captain Nazi on a package, you have to make the figure Mattel. YOU HAVE TO! Sorry, I don’t make the rules. 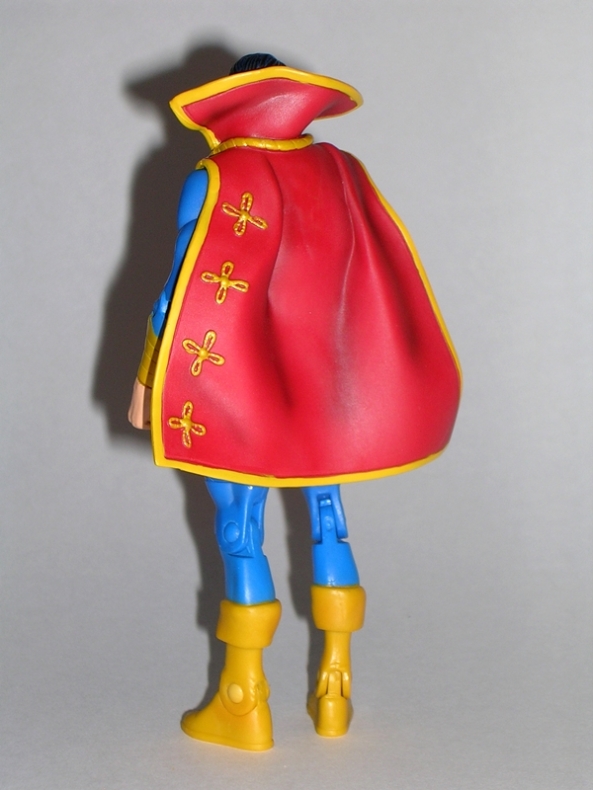 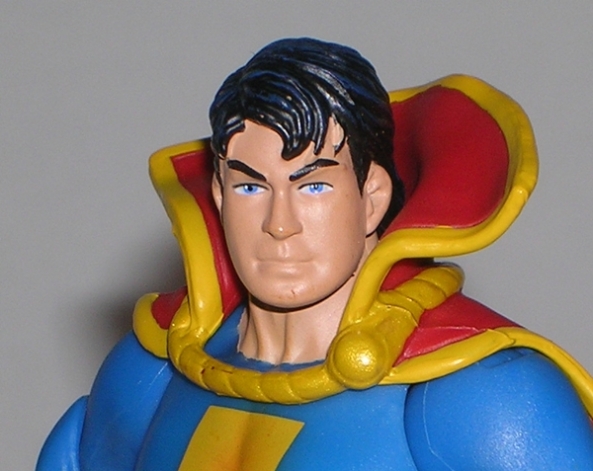 Let’s kick things off with the portrait. I like the head sculpt here a lot. It doesn’t look much like the character art on the package, and as we’ve established, that’s a good thing. Mattel also resisted the urge to sculpt Freddy with a vapid, “I just took six halcion so I can pose for holiday pictures with the in-laws” smile like they did with Mary Batson. It’s not their best head sculpt of late, but to be fair, they’ve been doing a bang up job lately, so in this case even average is pretty good. I do like the way the tussled hair came out and all in all, they’ve managed to capture the youthful look of the character quite well. 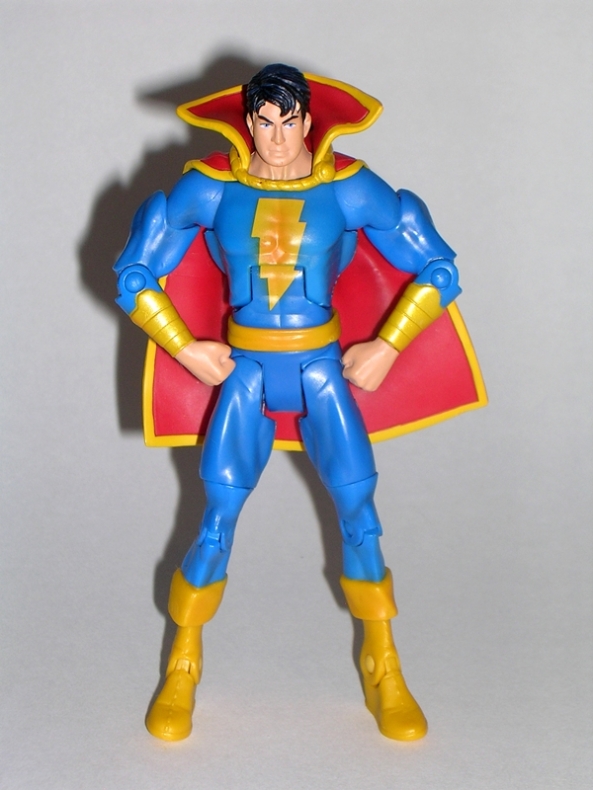 Freddy is appropriately built on the smaller DCUC body. I know that should be obvious, but I’ve learned not to take scale for granted in a DCUC-based line. I find it to be a good fit for the character, not too big and not too muscular. He’s just a smidge shorter than Mary. There isn’t a whole lot of unique sculpting here. Beyond the belt, boots and wrists bracers, the blue costume gets by with just the “Shazam!” lightning bolt painted on his chest. Aside from that, you have a new cape, which is excellent. The braid, border, and fleurs are all sculpted and painted.

Freddy Freeman is what the Club Infinite Earths line is all about, folks. He’s another character sorely missing from the DCUC roster and he helps to complete a team. Ok, so he’s not the most exciting figure around, but in the spirit of turning a pithy DC-related motto on its ear… sometimes we get the figure we need and not the one we deserve. I’ll admit, with the CIE sub open right now, Mattel may have been better served delivering some more exciting figures to drum up interest, but then for a company often accused of playing games and dealing dirty, I applaud them for not doing so. Politics and business tactics aside, this figure is another solid addition to my shelves. He turned out great and I’m very glad to have him.