Jeez, I had completely forgotten about my May Club Infinite Earth figure until it showed up at my door the other day. I guess I have a lot of things going on, and right now a huge Pile of Loot that I have coming from BBTS probably eclipsed the anticipation of this single arrival. It may also have to do with the fact that Wally West Flash isn’t high on my list of must-have DC figures. Oh, he’s on the list. You’ve got to have Wally on your shelf! He’s just pretty far down at the bottom. As big a fan of The Flash as I am, and I have a lot of versions of him on my shelf, I’ve always been all about Barry. Still, this was an easy figure for Mattel to toss out there, and there’s no doubt that he’s an essential for a lot of DC collectors out there. Let’s take a look… 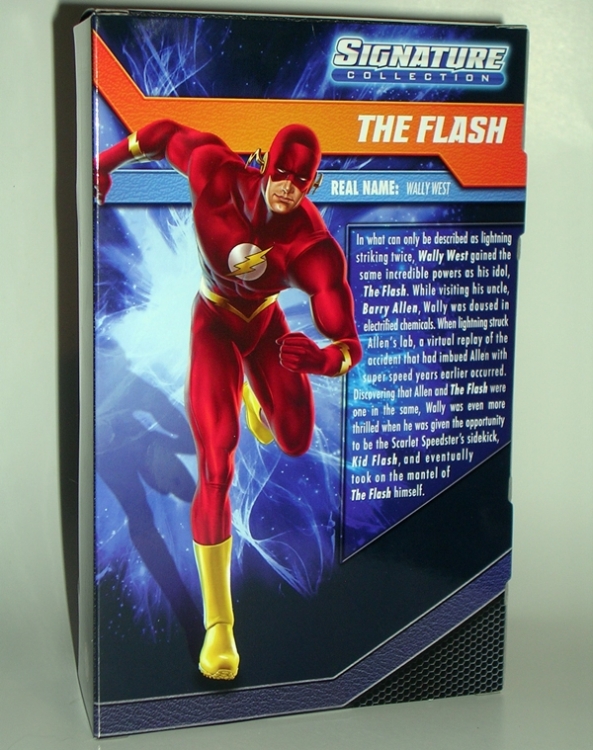 Wally comes in the now typical Signature Collection window box and it shows off the figure quite nicely. Thank you, Mattel, for resisting the urge to package him in a running pose and warping his joints all to hell. The character art is quite excellent as usual, and you get a bio blurb on the back of the box. Not a lot else to say here, so let’s move on to the figure. 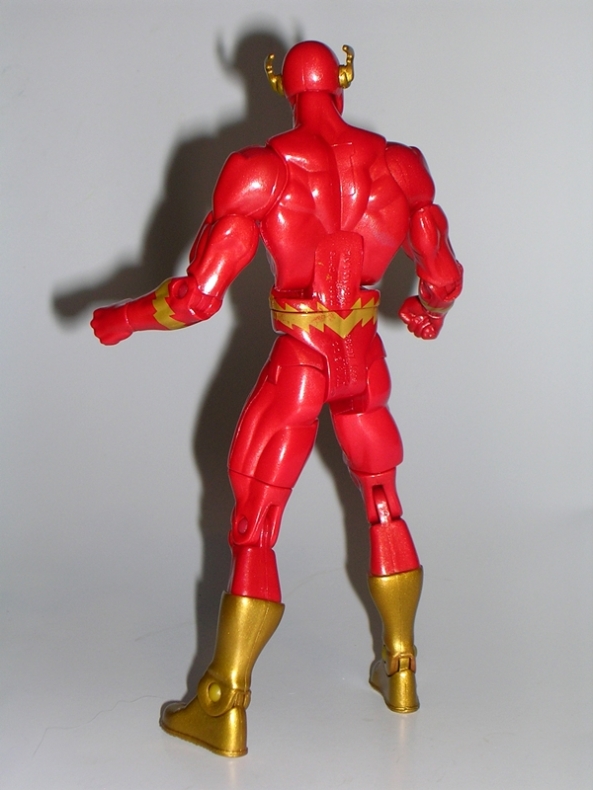 What we have here is as simple and easy a figure as Mattel can make. Wally makes use of the standard DCUC buck. The sculpt appears identical to my old Barry Allen figure, minus the wings on the boots. Is that a bad thing? Not really. My point is just that if you’re looking for any original sculpting on this figure, you must look to the head! The head is pretty good. The exposed part of Wally’s face features an ever so slight smirk that I really dig, and I love the look of the whited out eyes. The wings curve in ever so slightly, which may be by design or by the plastic warping, but either way I like it. There’s a little bit of slop between the flesh of  his face and the red of the hood, but nothing too terrible.

Speaking of paint…. the coloring on Wally is gorgeous. It appears as if the entire figure is painted, and he features a gorgeous deep, rich red with a slight metallic sheen. The emblem on his chest is sharp, although the circle is a little dim… much dimmer in person than in these pictures. The gold painted lightning bolts around his arms and waist are also nice and crisp and his boots are painted with the same gilded finish. All in all, this guy really pops on the shelf.

Articulation? By now, you should know the drill. Wally features ball joints in the neck and shoulders. The arms have swivels in the biceps and wrists, and hinged elbows. The legs have the usual DCUC hip joints, swivels in the lower thighs, and hinges in the ankles and knees. He can swivel at the waist and he has the ab crunch hinge in the torso. 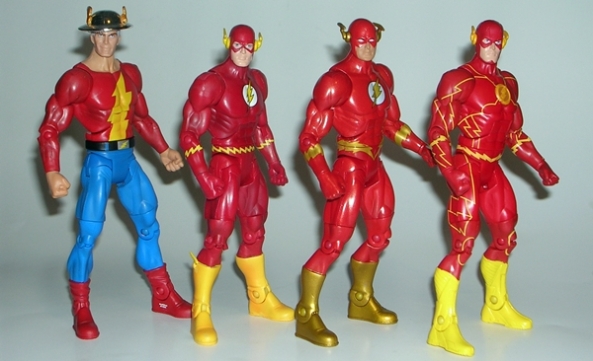 I’ll admit that I wasn’t tossing and turning at night over the absence of Wally West Flash in my collection. I’m still happy to have him on my shelf, even if I’m not sure yet where exactly he’s going to land. My DCUC case is getting pretty congested and it’s going to have to start expanding again soon. Anyway, I wasn’t expecting anything amazing out of this figure, but Mattel stepped up with a very good head sculpt and an exceptionally nice paint job.