I’ve been going a little nuts snapping up Deluxe Class figures from the Transformers Animated line. I guess I decided I should get them before they disappear from retailers all together, which seems to be happening everywhere now. Jazz was one of the last figures I thought I would pick up, because the photos of the toy didn’t impress me at all. Turns out, though, he really surprised me and has quickly become one of my favorites. 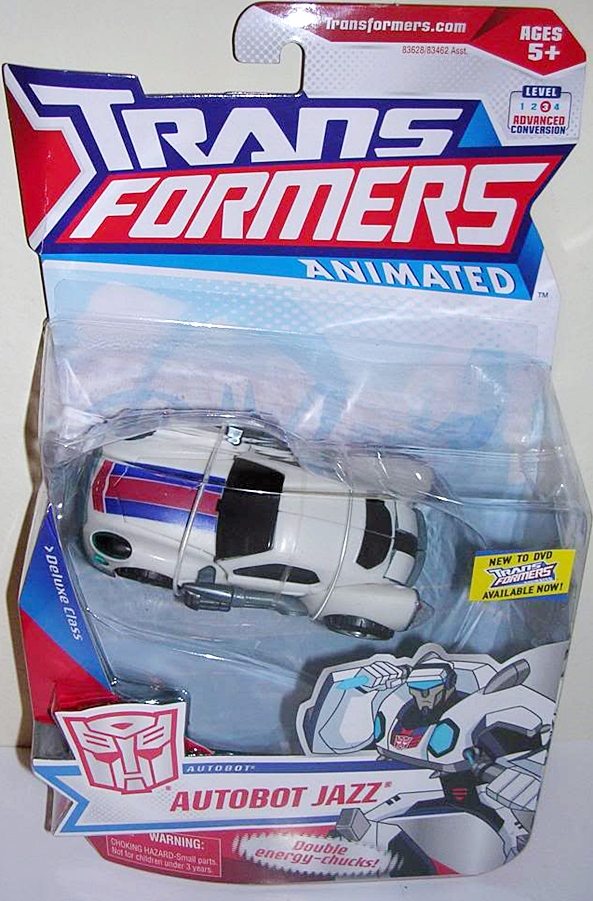 Standard TF Animated package. The bio blurb claims Jazz is a ninja, which would explain why he has the weapons he has. I only recall seeing him once on the show, but then there are a lot of episodes I haven’t seen. He comes packaged in vehicle mode, so let’s start there. 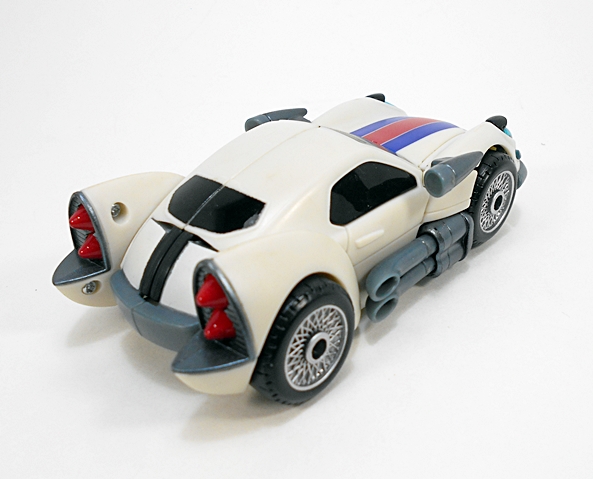 Jazz’s car mode is a perfect blend between G1 homage and new super-stylized design. It’s what I would call future-retro. I never really got the full flavor of this car design from the product images, and it’s so much better in person with some really cool details. The fins with tail lights in the back and the elongated sideview mirrors are my favorite points of interest, and the overall contours of the body are just so damn distinctive. Also, check out the exhaust pipes on the sides, those pull out to become his weapons in robot mode! 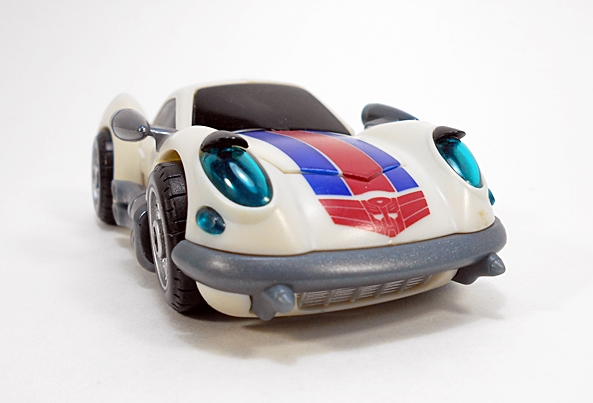 I’m not usually a big fan of painted windows on my Transformers, but the black looks really good here, as it’s glossy and actually not all scratched up right out of the package. Those giant translucent blue headlamps are great, the hood striping is sharp, and I love the Cybertron Defense Force style Autobot insignia on the hood. The only issue with the coloring on my figure is a weird yellowish patch on the driver side, just above the front bumper. 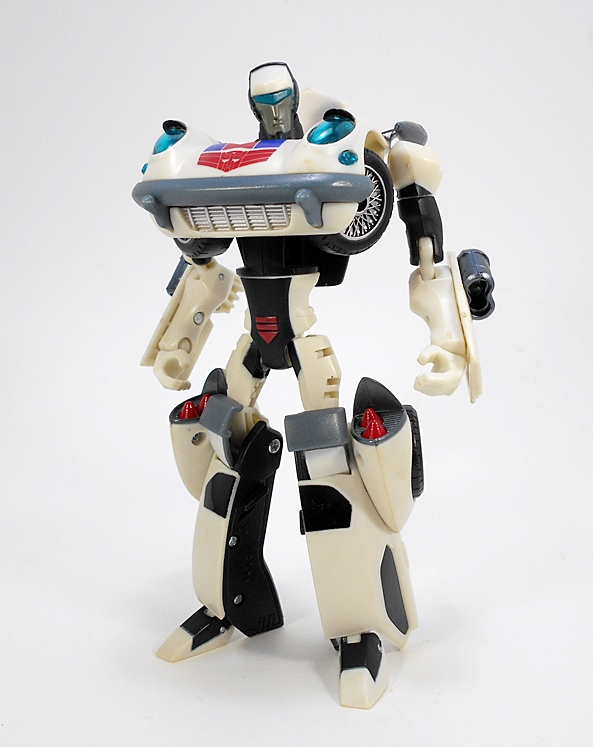 Transforming Jazz isn’t all that complex, but it does do some clever things, like folding the front wheels so they’re diagonally tucked under his chest. Overall, the conversion process is like a simplified version of the Classics/Universe 2.0 Prowl, only much better executed. Basically, what we have here is a stylized version of the iconic G1 Autobot Car with the bumper making up the chest.

The head sculpt is cool, with a very elongated face, some simple gray and black paint, and a blue visor.

Jazz has great articulation. His head is ball jointed. His arms have ball joints and swivels on his shoulders and hinged elbows. His legs have ball joints in his hips and hinges in the knees. It doesn’t sound like a lot of individual points, but it works out just fine and makes for a fun and pose-able figure. 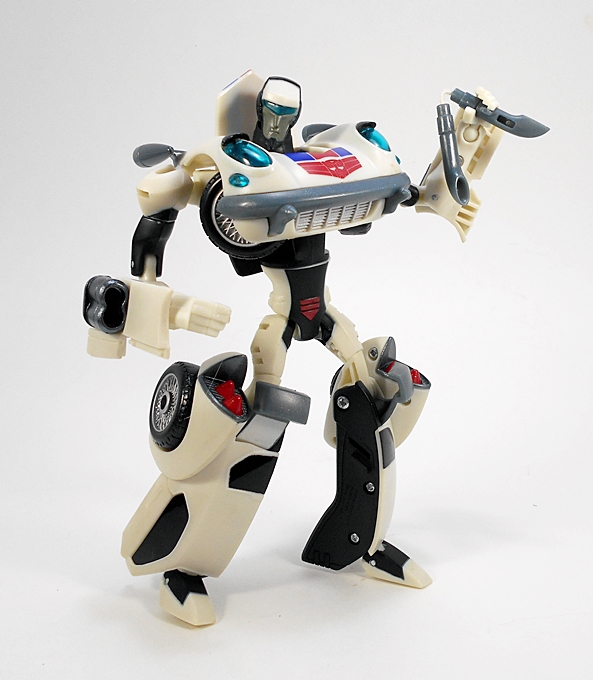 One of my favorite things about Jazz is the ingenuity of his weapons. Pull out the end pieces of his exhaust pipes and you get two pairs of nun-chucks, each joined with a short piece of string. The way the weapons clip together and store on the vehicle in plain sight is just really neat. I didn’t even know they were there when I got the figure out and started transforming him. I always love when the weapons are designed to store in the auto mode, but this design is particularly great.

So, Animated Jazz was a really nice surprise. I hadn’t planned to pick him up at all, but I’m gradually learning to appreciate what the Animated toys have to offer, particularly among the Deluxes. These are some solid and super fun figures with clever engineering and do an amazing job of capturing the super stylized look of the Animated characters. But just to show that the door swings both ways, next time we’ll look at an Animated Deluxe figure that left me rather cold.