Last week I checked out the amazing Dogpound, who by the way is still sitting on my desk because just looking at him makes me happy. This week, I’m looking at another one of Shredder’s wacky new minions, Fishface. Like Dogpound, this guy was impossible to find during the Christmas season, but thanks to recent restocks, he’s starting to turn up on the pegs again. And yet, with eight pegs of TMNT figures, my local Walmart still only had one Fishface. The rest of the pegs seem to be filling up with the gimmicky Turtle variants. I haven’t decided on picking up those yet, but today we’re here to talk about Fishface. I like saying Fishface. Fishface!

Have I mentioned how much I love Playmates’ TMNT packages? Yes, I have. Many times. Because of his unusual fishy shape, Fishface is carded on his side as if he’s running. Think about that for a moment. He’s a fish and he’s running. You just know wackiness is going to ensue and I’m really excited to get him out of the package, so let’s get right to it. 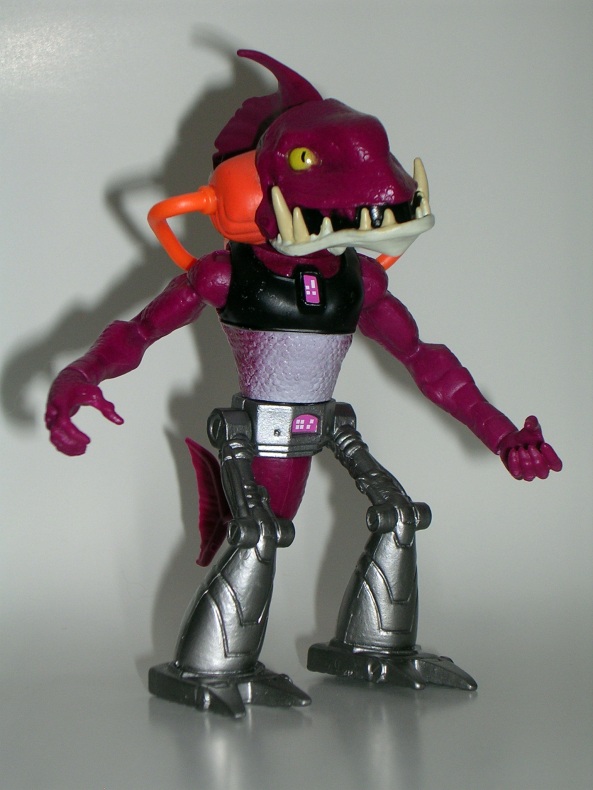 So, Fishface is basically a fish with arms and a set of cybernetic legs and a water-breathing apparatus. It seems like if the Kraang could mutate him into a fish with arms, they could have gone all the way and given him legs too. Maybe it’s a dodgy process. Then again, a fish with legs is nowhere as cool as a fish that has to wear robotic pants to walk around, so I’m not complaining. I’m sure this kind of thing has been done before, but I still love the concept and Playmates has incorporated it beautifully into their TMNT line. 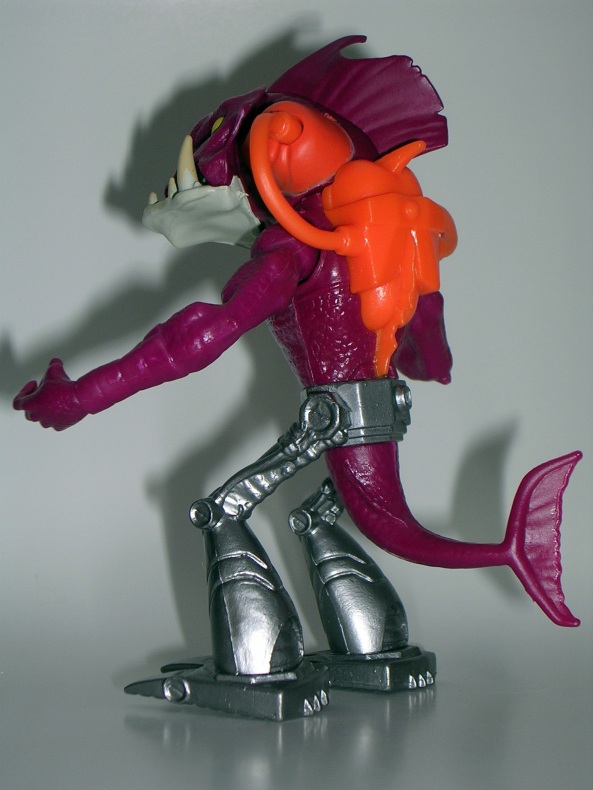 The sculpt here is pretty awesome. Fishface has a great scaly texture all over his skin and a fin-mohawk protruding off the back of his head/neck. The combination of underbite and protruding teeth gives him a ton of personality, and he’s got the cold, yellow eyes of a killer. The mechanical sculpt of his robot pants really contrast nicely with his fish features and they even have sculpted treads on the bottoms of the heavy feet. Fishface is a bright and colorful figure, although in the interest of finding something to nitpick, I’ll concede that the red used for  the front of the face should have matched the back a bit more, and the bright orange used for the breathing apparatus is rubbish. I’d like to pick up a second Fishface and try to paint the apparatus, but he’s tough to find again and my customizing skills are crap, so I’ll make do.

The figure contains more articulation than you might expect a fish to have. He has swivels in the neck and waist, his arms are ball jointed at the shoulders and have swivels in the wrists, and his robo-legs rotate at the hips. Not bad for a fish out of water! 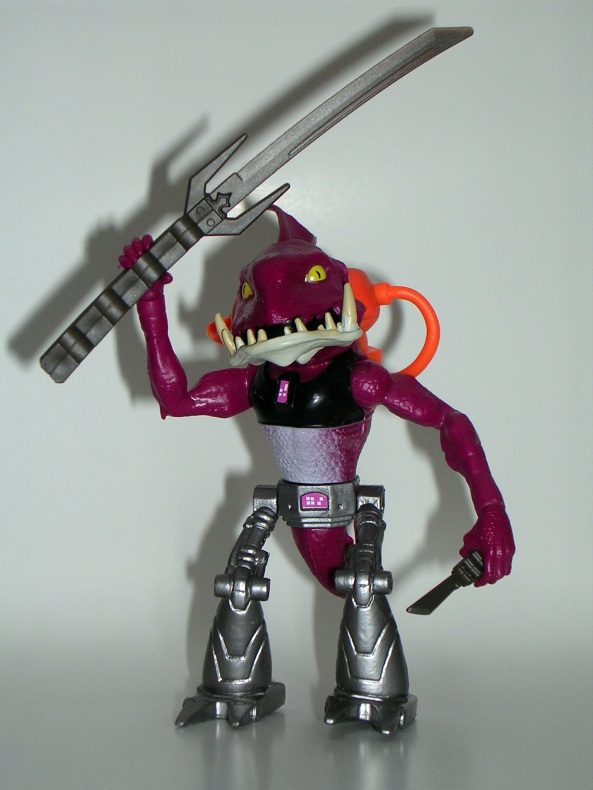 Fishface comes with a pair of rather unusual looking blade weapons. The sword has a katana blade, the other is a little dagger. They’re sculpted in grey plastic and he can hold them very well in either hand. 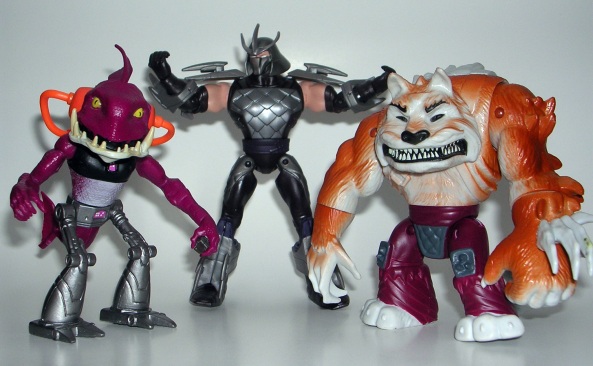 And so the Nickelodeon TMNT line continues to delight me. For a while I thought I’d be able to contain myself to just the main figures I know and love, but Playmates has been working their magic with the new characters as well. I certainly haven’t regretted any purchases from this line, and it’s nice to be able to walk out of the toy aisle with a figure as cool as this for under ten bucks. Now I’m on the hunt for Metal Head.