There’s just one more dose of Doctor Who coming on Christmas before we enter the long, dark wait for Series 9, so I thought I’d help tide myself over by opening some Doctor Who figures today. Sadly, these are not the proper 5-inch scale but the new(er)(ish) 3 3/4” line, which have generally been not so good, unless you happen to be a Dalek or a Cyberman, or maybe a Zygon. These have been turning up at Walgreens, of all places, here in the States, but so far I’ve only found a single, lonely Dalek at any Walgreens so the two I’m looking at today came from an online retailer. I really have no idea what to expect from this line anymore, so let’s take a look at The Doctor and Amy Pond…

Wave 3 introduced this new packaging, which we’ve seen before and I still rather like it quite a bit. It’s not as conventional as the old style, but it’s quirky and colorful and I think it has a funky design that matches the show’s kitchy nature. It’s not collector friendly, not even if you have a sonic screwdriver, so you just gotta tear them open.

Kicking things off with The Doctor, this is how he appeared in Series 6 when he started donning his long green coat. Honestly, when I ordered the figure, I thought I was getting the Series 5 tweed jacket version, but I must have messed up when ordering. As a result, it’s sadly just a repaint of the Series 7 version I already have. I can’t say as I’m enough of a fan of these figures to be a completist and so I really didn’t need a second figure with a recolored jacket in my collection, and yet here he is. I’ll have to try again to get the one I was looking for.

Everything about this figure screams mediocre, and I think that’s even with me being a bit generous. The sculpt is passable considering the scale. These are considered 3 3/4” but they actually feel a little under-sized for that scale. I can recognize who it’s supposed to be and I think the portrait here is slightly better than my Series 7 version, but that probably has more to do with the paint than anything else. There are a few additional paint apps on the jacket to try to make it look different from the previous release, but it really just looks cheap. Everything about this guy feels like a quick and dirty re-paint cash-grab.

The articulation is pretty middle of the road. The arms have rotating hinges in the shoulders, hinged elbows, and swivels in the wrists. The legs feature a T-crotch at the hips, hinged knees, and swivels at the boots. There’s no articulation in the torso, but the head can rotate. The Doctor does come with his tiny sonic screwdriver and a red “DWARTIS” style figure stand. I liked these stands when they were blue, but then they went to grey, and now they’re red. The coloring makes no sense and even the use of the now defunct logo as a stand feels like a mismatch. 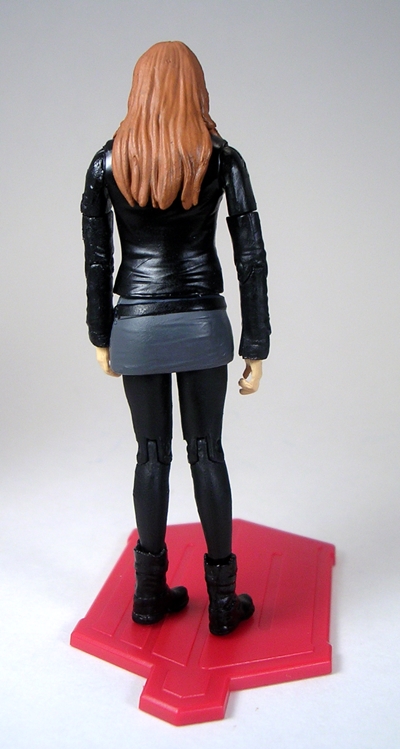 Moving on to Amy, and things only get worse. The sculpt is fairly solid for a figure of this size. I’m not saying it’s great, but like The Doctor, it’s a passable likeness and certainly far better than the Clara Oswin sculpt that they’ve churned out at least two times in this scale. Unfortunately, it’s all downhill from there. My Amy’s left arm is dangling from the swivel cut in the bicep and the hinge in the elbow below it is painted shut. I’m not even going to bother trying to free it because I’ll probably wind up pulling the arm off. As a result the only useful articulation here are the rotating hinges in the shoulders, the hinges in the knees, and the rotating head. There appear to be swivels at the boots, but they aren’t budging. Amy comes with the same red figure stand as The Doctor. I have plenty of good Amy Pond figures in the 5-inch scale, which begs the question, “Why did I even buy this?” 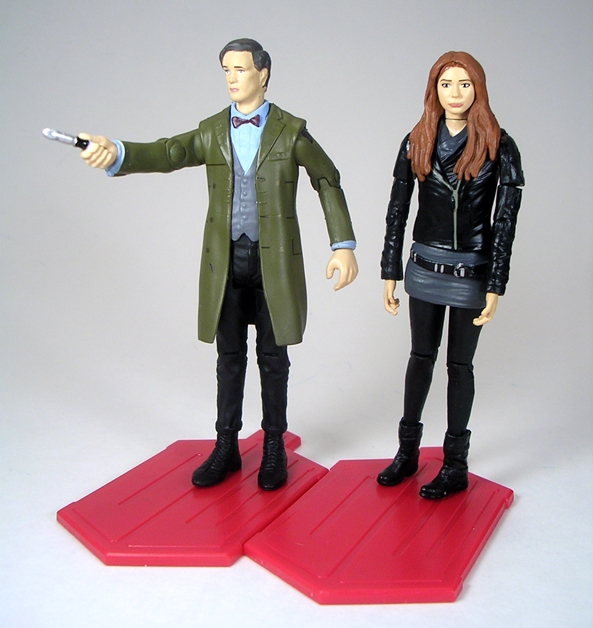 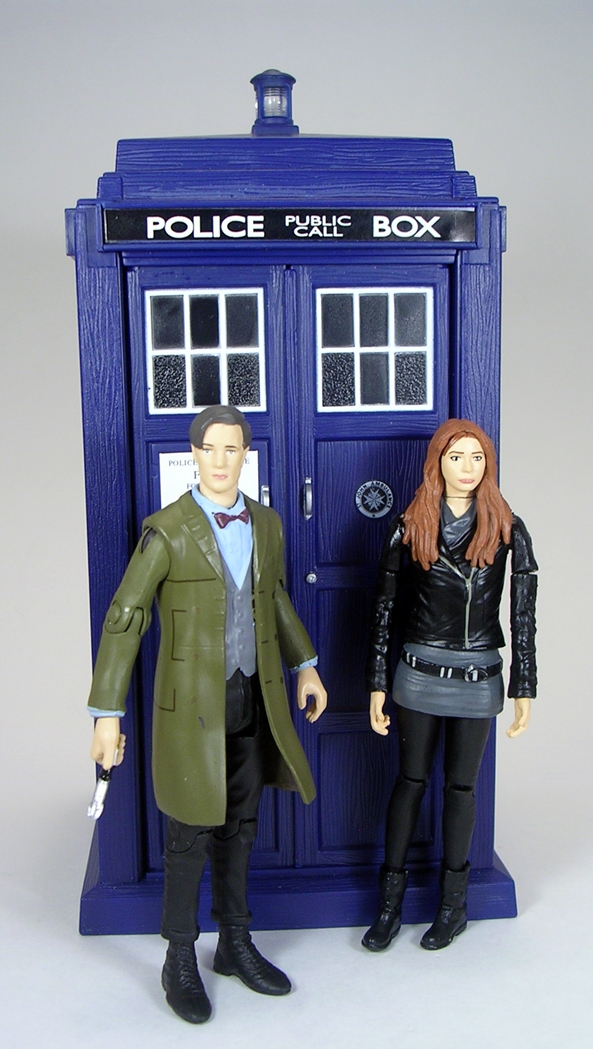 I’ve been teetering on this line for a while now, but I think this pair may have been the final straw. I want to support Doctor Who toys, I really do, but it’s really hard when they suck this badly. After giving us so many years of great 5-inch scale figures, Character Options really needs to rethink this strategy with the smaller figures, either by making them a whole lot better or just giving up and letting someone else take a crack at the license. This Doctor figure is at best a mediocre repaint and the Amy figure is just plain garbage with really poor QC. If it weren’t for the fact that these only set me back ten bucks a piece, I probably would have been a log angrier. Anyway, I have one more of these figures to open, The 10th Doctor, and if that one doesn’t really wow me then I’m probably going to call quits on this line. Stay tuned for that one some time next week.