[Sorry for the technical difficulties this morning. This is my second crack at today’s feature as I had a problem with the original upload and the first completed draft was lost to the farthest reaches of the Interwebs. I’ve done a speedy re-write in a coffee and donut fueled rage, so let’s try this again… ]

Well, Christmas if finally behind us and I’m anxious to get back to business as usual. Sometime last week I was cleaning out the Toy Closet and I happened upon a couple of unopened Marvel Infinite Series figures, Deathlok and Valkyrie, that had fallen behind the shelving. It’s always fun to find unopened toys that I forgot I had, so let’s tear one of these babies open! I’m going with Deathlok because if I had remembered that I had him I would have opened him up along time ago. No offence, Valkyrie, but it’s Deathlok! 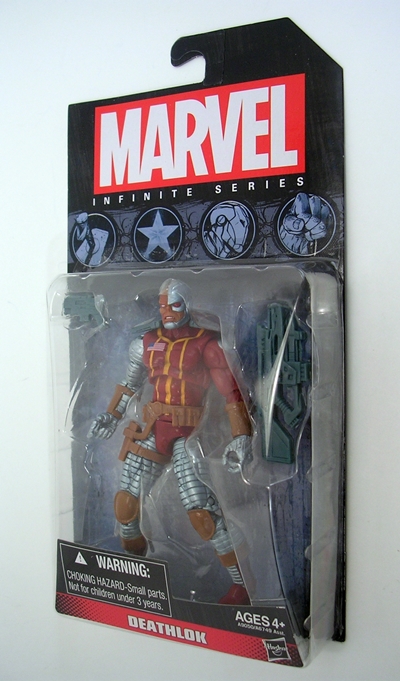 Ah, there’s the bleak and ugly Infinite Series packaging. It’s black and boring and everything a comic book action figure package should not be. The back of the package points out that this is the Luther Manning version of the character, but apart from that I don’t have much more to say about the card. I haven’t heard much about the Infinite Series since the last wave when Hasbro made the mistake of re-releasing the Guardians of the Galaxy figures on single cards. They were great figures and all, but it was a poor choice considering that boxed set was still sitting on the toy shelves of many big box retailers. At least that Wave did give us a powered up version of Wonder Man. What was I talking about? Oh yeah, Deathlok… 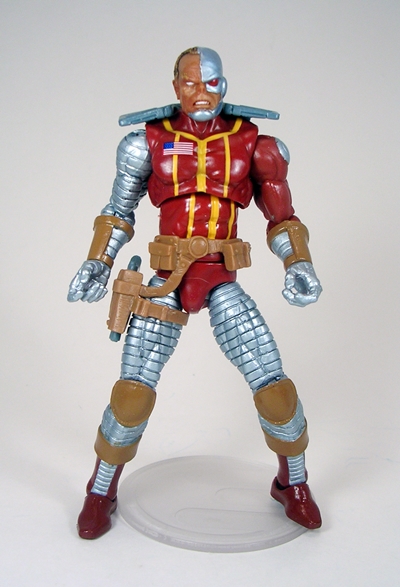 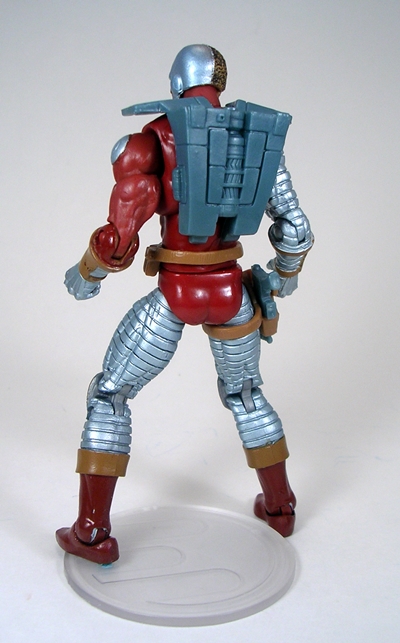 I have a strange affinity for people who are mortally injured and saved by cybernetic enhancements. It’s a cool compromise in that you’re still alive, but not quite the person you used to be. That’s why I love Robocop so much, and Deathlok too. Of course, Deathlok takes it to a whole new level with dimension hopping and fighting demons and all sorts of crazy Marvel shit. I think Hasbro did a really nice job on the figure, even though it’s obvious they did some parts shopping from other figures to build him. The limbs are almost definitely off of Marvel Universe Colossus and we saw them again as recently as Wave 2 of Infinite Series with Death’s Head. I’m not complaining though, the parts reused make sense and there’s enough new stuff here to make the figure work. The paint is quite well done as the yellow striping on his costume and the American Flag tampo on his chest are both clean and precise. Most of the sculpted detail on the body comes from the segmented design of the cybernetic limbs. 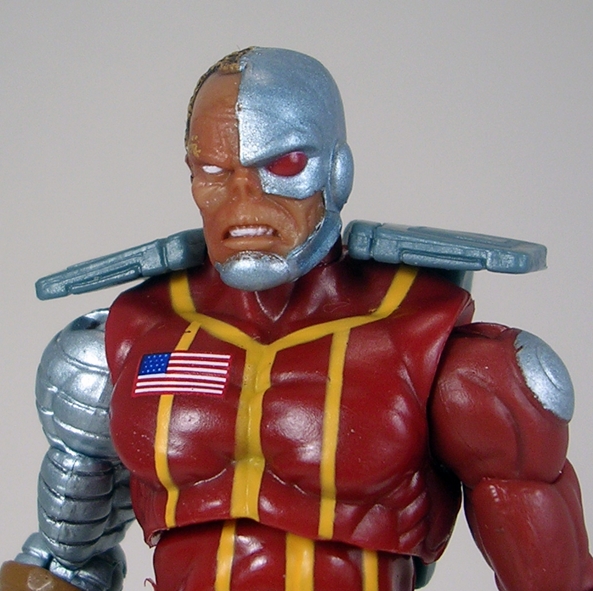 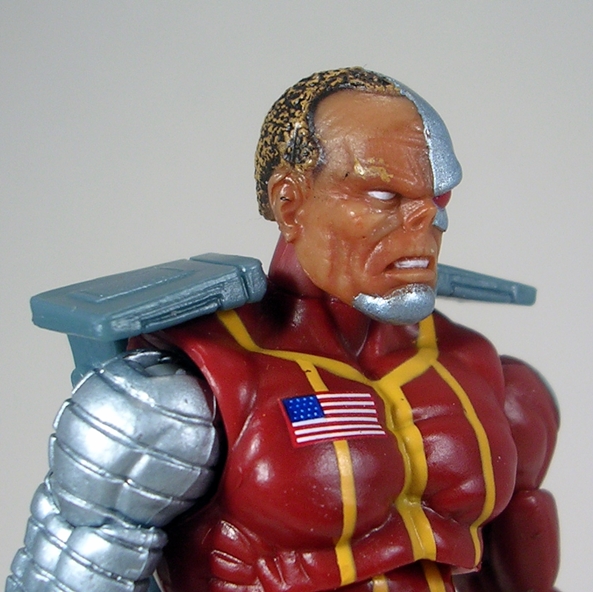 The portrait here is really good. The organic part of the head looks grisly and zombie-esque and contrasts beautifully with the sterile and almost featureless cybernetic half. Hasbro has introduced some pretty great sculpts into this line since the Marvel Universe days and I’d dare say that Deathlok’s is among the better ones. 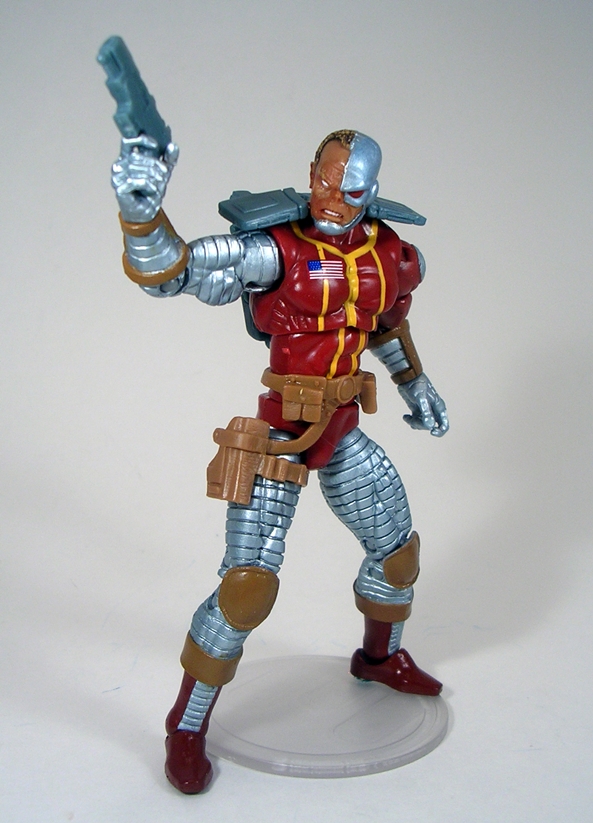 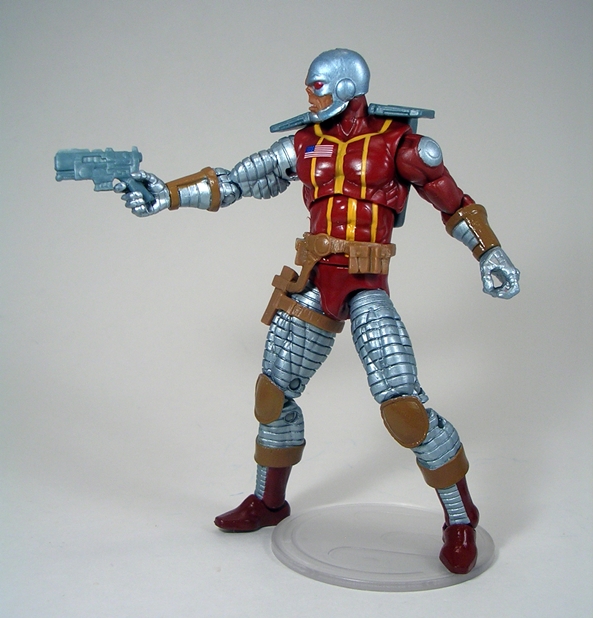 In addition to borrowing some parts for the figure, Hasbro also raided the Marvel Universe Cable figure for Deathlok’s arsenal. The gun belt is the same, only repainted brown and both the pistol and rifle are the same, just cast in a different color of plastic. I suppose that the pistol could pass for Deathlok’s helium neon laser pistol and as for the rifle, well that’s one of my favorite weapons in the line so I don’t mind getting it again. 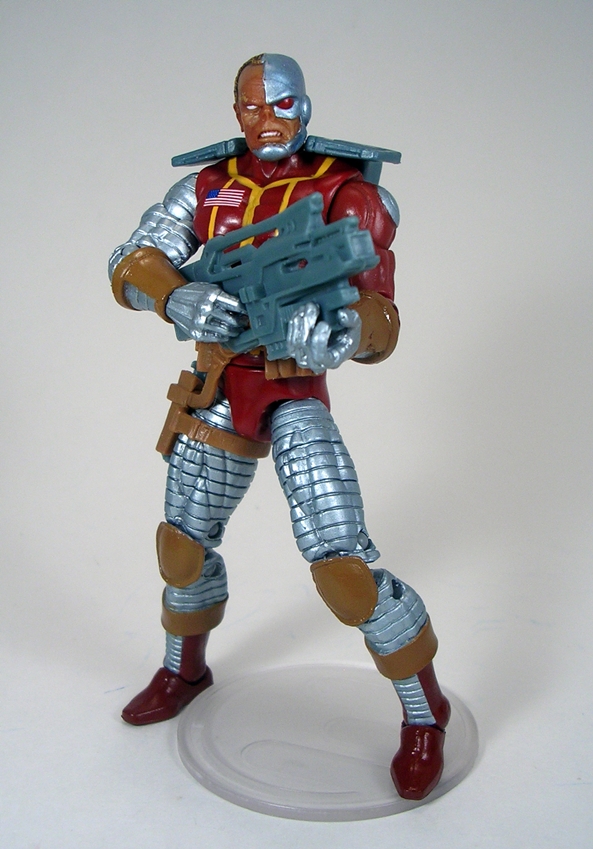 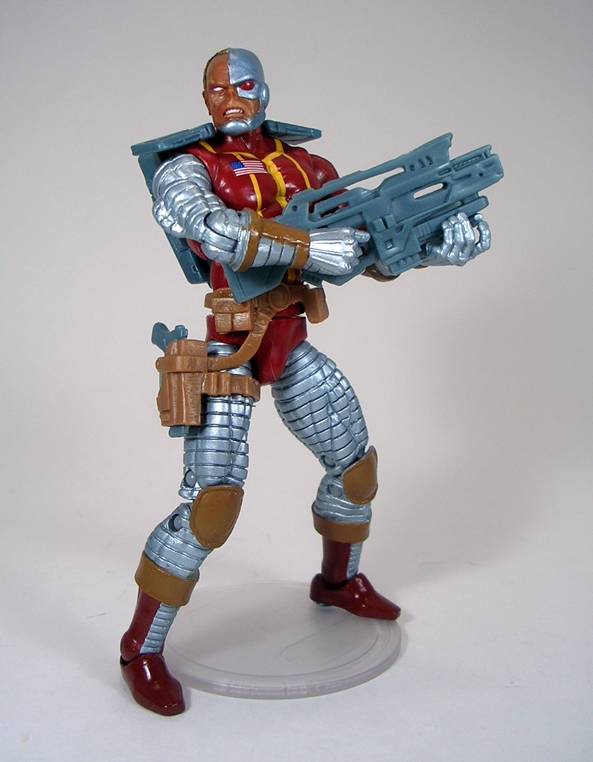 Unfortunately, Deathlok has some issues with articulation. The points are all there with everything I’ve come to expect from the modern Marvel Universe buck, but his leg joints came out of the package a bit warped. He still works OK for action poses, but I can’t get him into a regular, standing at attention pose because the legs just want to be splayed outward. Also, the ball joint in his torso is really loose and floppy. It feels like an old GI JOE figure when the O-ring was going bad. I’m not sure if it’s a problem with my specific figure or one that is common to the whole run, but I like this guy enough that I may pick up another to see if I make out any better. 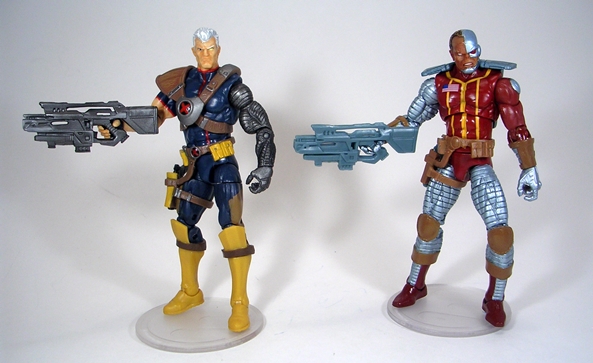 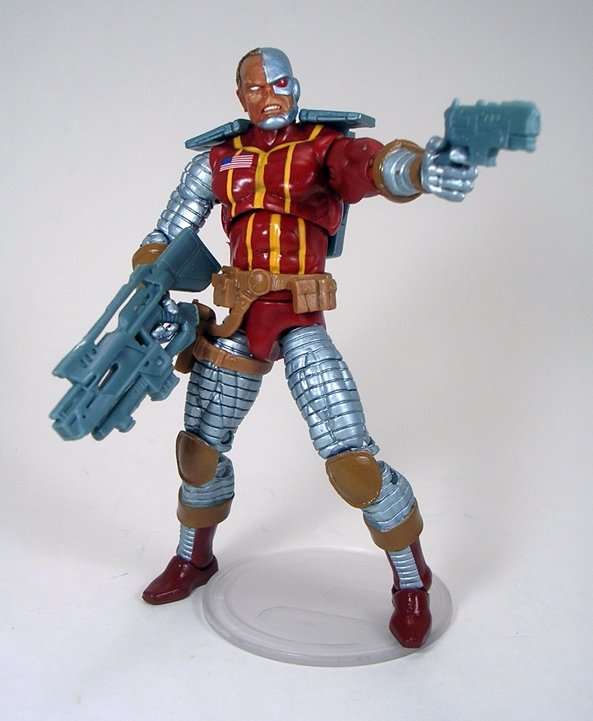 Don’t let my talk about parts re-use fool you, I really dig this figure a lot and I’m kind of surprised that it took Hasbro this long to get us this character in their expansive 3 3/4” line. I am a bit surprised they went with the more classic look over Deathlok’s most recent appearance, but I’m not disappointed. I like the classic look a lot better and despite all my efforts, I haven’t been able to get more than a few issues into v5 of Deathlok before wandering away from the book to read other things. Next time we revisit the Infinite Series, I’ll check out Valkyrie and that should just about bring me up to date on Hasbro’s 3 3/4″ Marvel offerings.