“You [Hank Pym] are so frustrating. This is why you have fewer action figures than all the other Avengers”  -Eric O’Grady, Ant-Man and Wasp.

I’m taking a slight detour from my jaunt through the Legends Hobgoblin Wave to look at this one-off Walgreens Exclusive. Sometimes having crippling insomnia comes in handy because when I stopped by the corner drug store to replenish my supply of precious sleep-granting Unisom I happened to notice this fella on the shelf and snatched him up. It’s Eric O’Grady as Ant-Man… er, Black Ant! 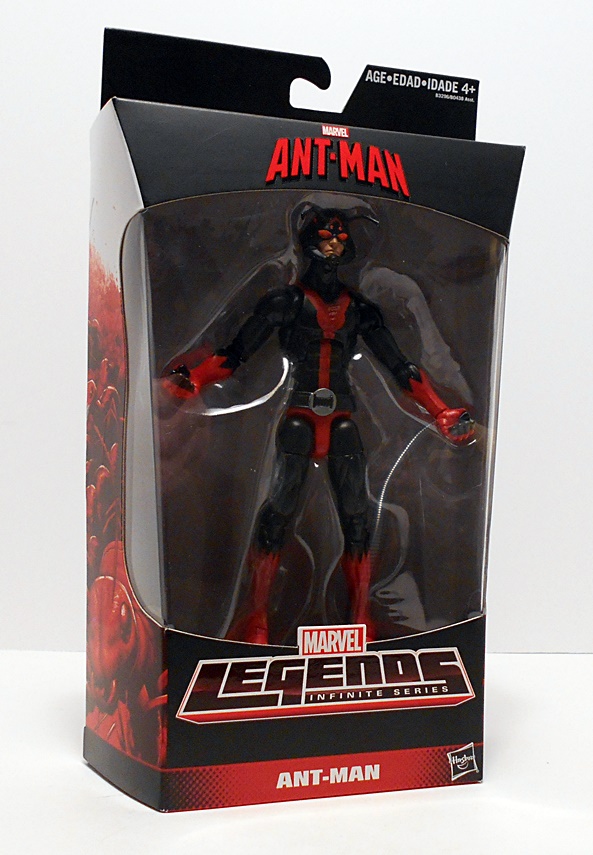 Despite being a Walgreens Exclusive, the package is right in line with what we’ve been seeing from the Ant-Man Wave with the Ultron BAF. There’s no sticker or any other indicator that the figure is an exclusive either. 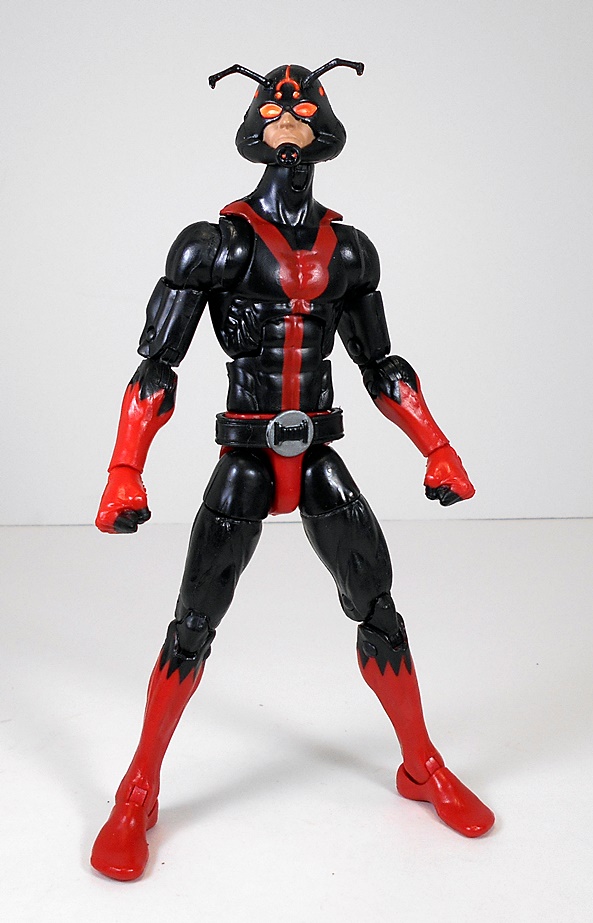 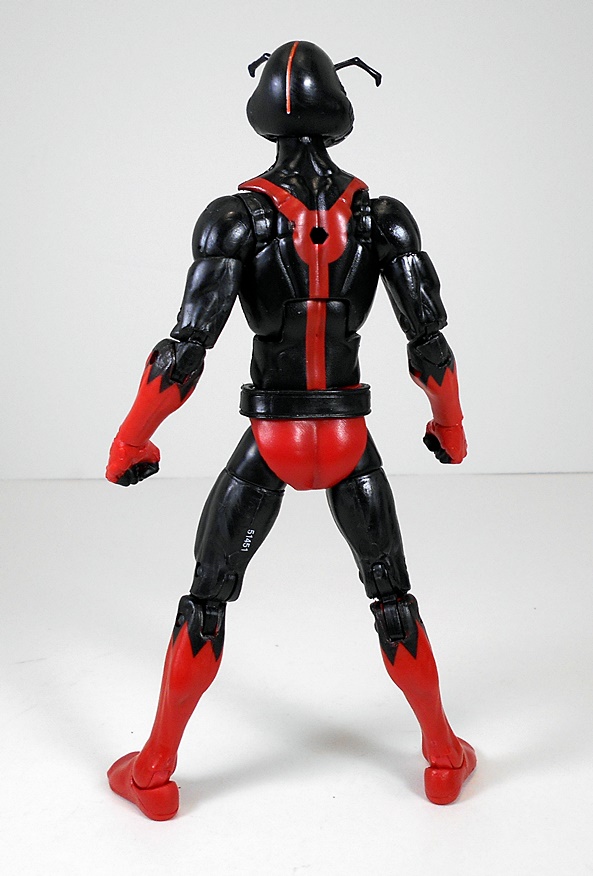 And here he is, Eric O’Grady… Thunderbolt, Secret Avenger, womanizer, all around scumbag with a heart of gold. His is likely not the first or even the second name that springs to mind when you hear Ant-Man, and indeed he’s a relatively new creation that starred in his own short-lived book before getting shuffled off to other publications. If you want my recommendation, I’d say go read the Ant-Man and Wasp mini-series by the wonderful Tim Seeley, in which he teams up with Hank Pym as The Wasp. It’s a fun read, although this isn’t the suit he wore in it. In fact, technically O’Grady never wore it at all, but rather his Life Model Decoy did and not as Ant-Man but as Black Ant. Yeah, it’s confusing… let’s look at the damn figure. 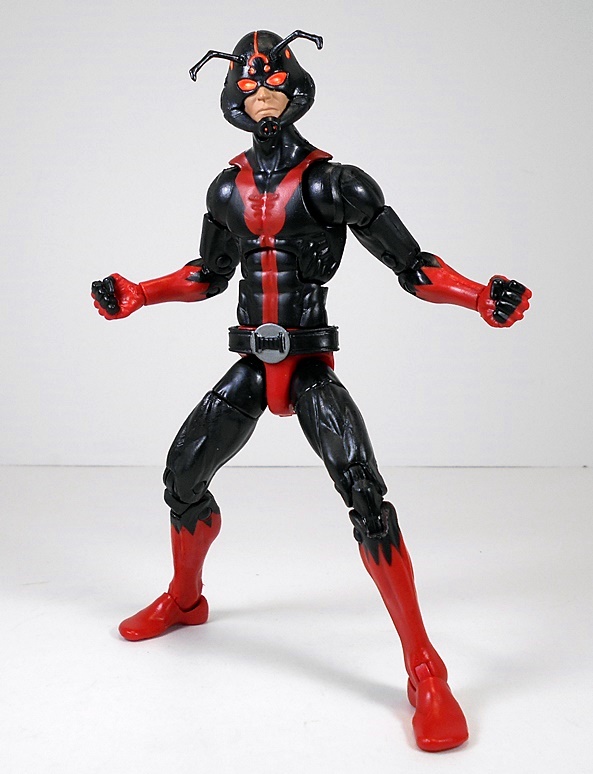 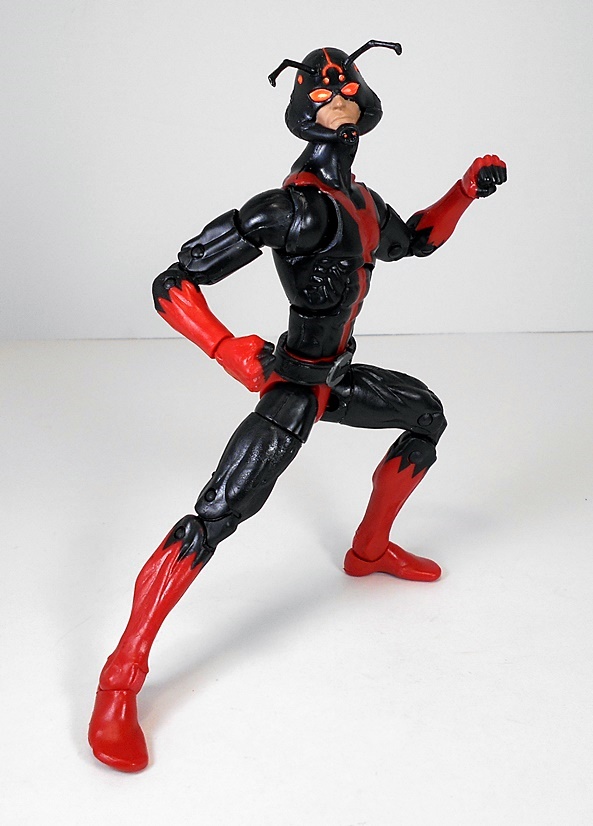 O’Grady features a very lean buck, which I can’t place, but I suspect comes from the past Legends line, before the current reboot. At first, I thought it was a resculpted Yellow Jacket, but the hips aren’t right for that. Either way, the costume is almost entirely painted on and while there’s some instances of the black plastic bleeding through the red paint, it still overall looks pretty good. The belt is a new piece, which just hangs on the hips. There’s a hole in the back, which presumes the previous owner of this body had a cape. 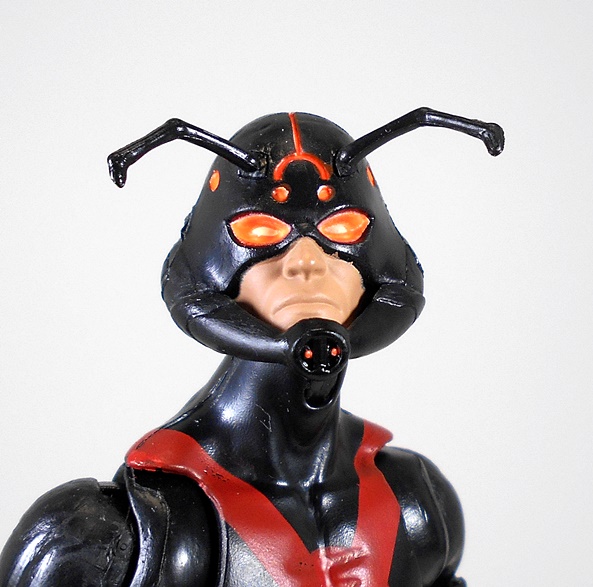 The head sculpt is quite outstanding. I love the helmet, particularly the configuration of the communication device on his chin and the way the antenna look. The visible lower half of O’Grady’s face has good definition and the neon orange paint used for the eyes and other details really makes the otherwise dark figure pop. 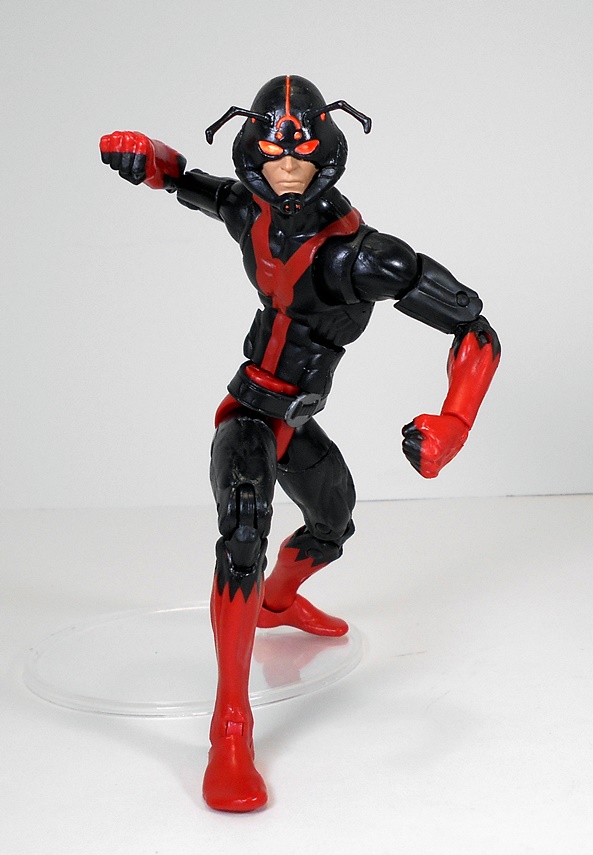 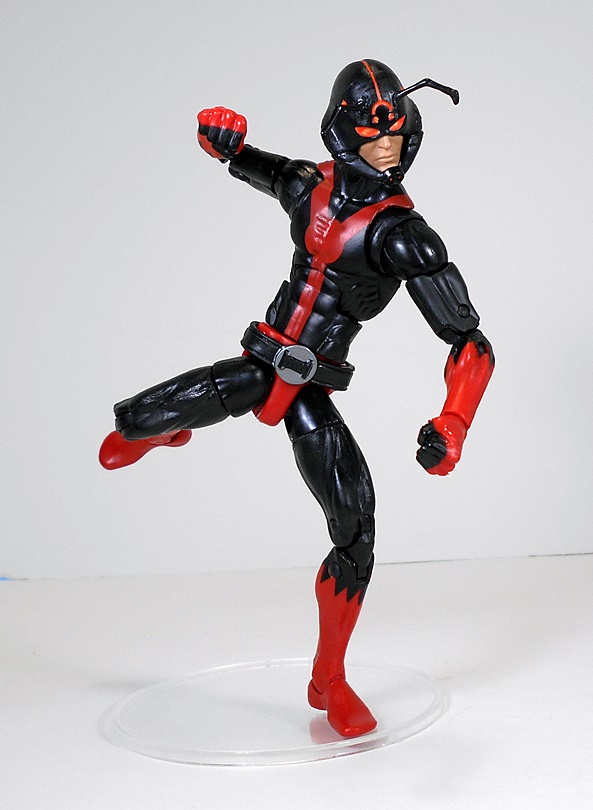 The articulation is above average for Legends, thanks to the added shoulder crunch hinges. I love those things! Additionally, the arms have rotating hinges in the shoulders and wrists, double hinges in the elbows, and swivels in the biceps. The legs are ball jointed at the hips, double hinged at the knees, and have swivels at the thighs. The ankles have both hinges and lateral rockers. The torso features a swivel at the waist, ab crunch hinge at the torso and both a ball joint and hinge in the neck. There’s no mushy joints here, either. 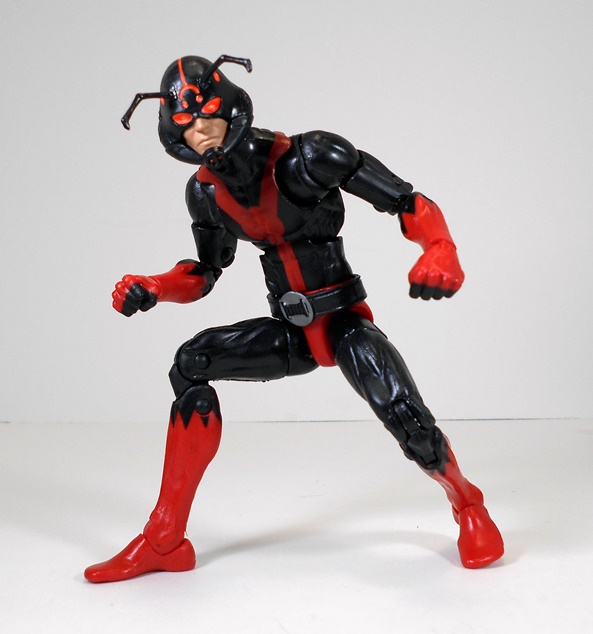 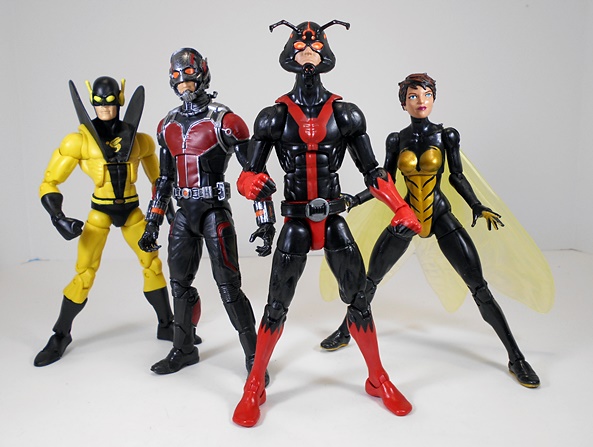 You know it’s a beautiful day to be a Marvel Legends collector when a) Hasbro is turning out characters like Eric O’Grady and b) stores like Walgreens are interested in stocking them. Conversely, Black Ant is a perfect exclusive in that most casual collectors won’t be broken hearted if he’s tough to find. Ironically, with the way things work around here, I have an easier time finding Hasbro figures at Walgreens then anywhere else, so I do hope the retail chain keeps these coming. It’s an easy way to get an extra twenty bucks out of me when I stop by to pick up Unisom, cat litter and frozen pizzas.