Good grief, it’s Monday again and around these parts that means it’s time to look at some Marvel toys. Today I’m continuing my trek through the Red Onslaught/Skull Wave of Marvel Legends figures with Mockingbird. I can’t even begin to articulate my disappointment that TV’s Agents of SHIELD got dibs on Bobbi Morse. It’s not that I don’t think Adrianne Palicki isn’t great for the role, but she isn’t enough incentive for me to endure the rest of the show just for her. I would have rather seen her fleshed out at some point in the actual movies and with a costume a little closer to the comic look we’re about to see here today. 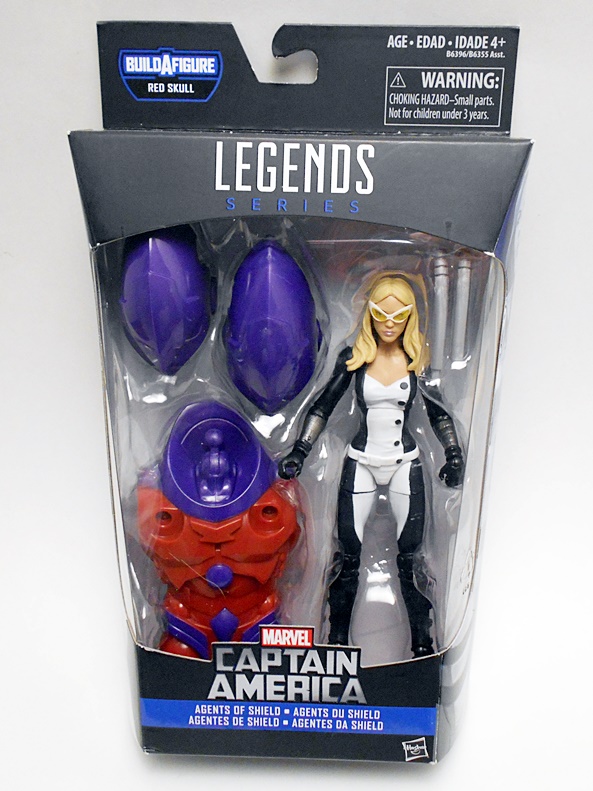 It’s the exact same package we saw last time when I looked at Sharon Carter, the other half of these two “Agents of SHIELD.” The tray is pretty crowded in there thanks to the BAF torso and shoulders being included. Oh yeah, note that I’m just calling these Marvel Legends in my titles and not Infinite Series or whatever they are now. I can’t be bothered to keep up with the name changes and re-brandings, Hasbro. Besides, now you call the 4-inch figures Legends too. Speaking of which, it’s worth noting that Mockingbird got a release in that smaller scale via the West Coast Avengers box set a couple of years ago.

I’m pretty sure this is what Mockingbird is wearing in the comics these days, but I’m pretty far behind in a lot of my Marvel Now trades. I do dig this look a lot. What we lose are the exposed legs and buccaneer boots and what we gain is a more tactical modern look that still pays respects to the classic costume. The boots now have reinforced armor on the shins with sculpted straps and some rather hardcore looking knee pads. Her top still has that button-down tunic look to it and she has a rather bland sculpted belt.

The costume is the typical monochromatic look for Mockingbird, but I like it. The only thing that breaks up the black and white are the silver wrist bracers. The white flanked by black on the top mimics a jacket, which maintains a cool and stylish look and ditches a garment, which would be really impractical for those martial arts fights. The paint lines are reasonably sharp, but man am I getting sick of seeing those production numbers painted on these figures in such an obvious way, in this case right on the inside of Bobbi’s left thigh. Oh yeah, she has a nice bum.

The portrait here is pretty good. I was actually rather surprised that the glasses were removable. That’s not easy to do at this scale and they still look good on the figure. Bobbi’s eyes seem a little far apart, which is the same quibble I had with Agent Carter last week. The sculpted detail in the hair here is a little soft, which is ironic because the hair itself is so damn rigid it renders the neck articulation nearly useless. 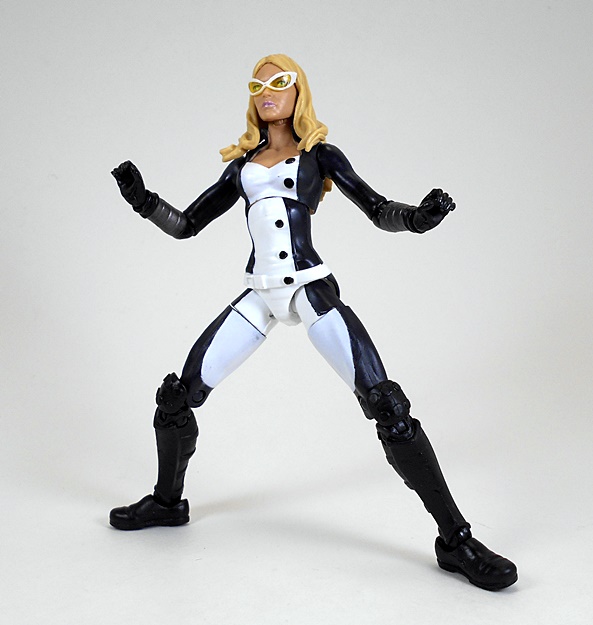 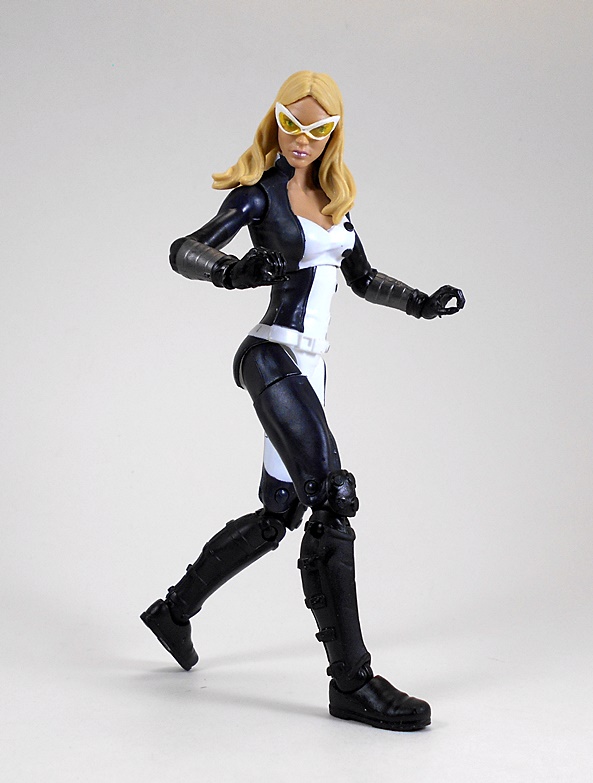 Speaking of articulation, while this appears to be an all new body, it feature the usual amount of articulation for most of the Legends female bucks. The arms have rotating hinges in the shoulders, elbows, and wrists. The legs are ball jointed at the hips, double hinged at the knees, have swivel cuts in the thighs and both hinges and lateral rockers in the ankles. There’s a ball joint just under the chest and both a ball joint and hinge in the neck. 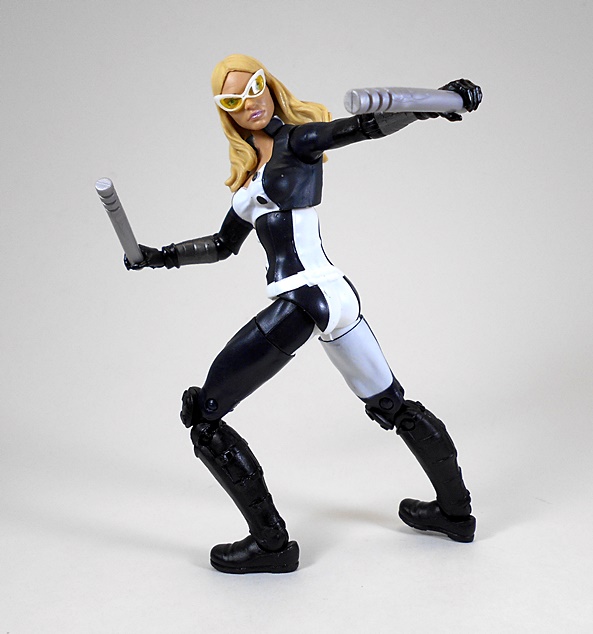 Mockingbird includes the fighting staff that splits into two batons, which we’ve seen before with Hellcat and Daredevil. I don’t mind these. They’re kind of fun and they certainly suit the character.

When this wave was first revealed, Mockingbird was one of the figures I was most looking forward to and now that I have her in hand, she doesn’t disappoint. Yes, I do wish the hair was either softer plastic or sculpted in a way that would allow to pose the head. I really did enjoy playing around with her, but the difficult in getting the head to turn even a bit was the one irritant that kept pulling me out of fun. And while I think Sharon Carter was a solid figure, Mockingbird here easily lands as my favorite of this pair of Agents of SHIELD.