Once again, it’s Marvel Monday! Today, I’m moving into the final stretch of three figures in the Absorbing Man Wave with what is sure to be a very popular figure: Venom. I’ll be honest, the Symbiot figures have caused me a lot of frustration. I like Venom, I love the concept, but I’ve long since reached the point of Symbiot Fatigue. The problem is that a great many collectors have not, and so these Symbiots tend to be tougher to find and sometimes wind up costing me a lot more than I’d like to spend in order to complete a wave. Case in point, I still don’t own Toxin from a few Spider-Man Waves back. Fortunately, this figure didn’t beat me up too badly in the pocket. 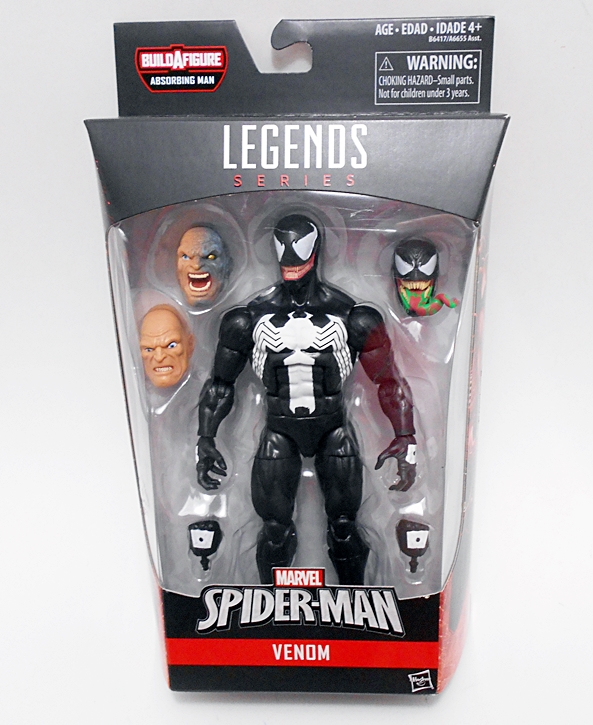 It’s heads and hands a-popping in this package! The figure is flanked by not only his own alternate head and hands, but a pair of heads for the Creel BAF. Oddly enough, this is the only figure in this entire wave that doesn’t share a slot and thereby enjoys the privilege of having his name on the front of the package.

Out of the package, Venom holds few surprises, and that is not at all a criticism. You get a nice, beefy black buck, appropriately enough the same one used for Anti-Venom from the Hobgoblin Wave, and some strategic white paint apps to make the costume. The emblems on the chest and back aren’t exactly razor sharp, but they’re passable, and the same could be said for the markings on the backs of his hands. One odd thing worth mentioning, when articulating the arms on my figure the two halves of the torso popped apart. Fortunately they popped right back together and I haven’t had an issue with that since. Weird! 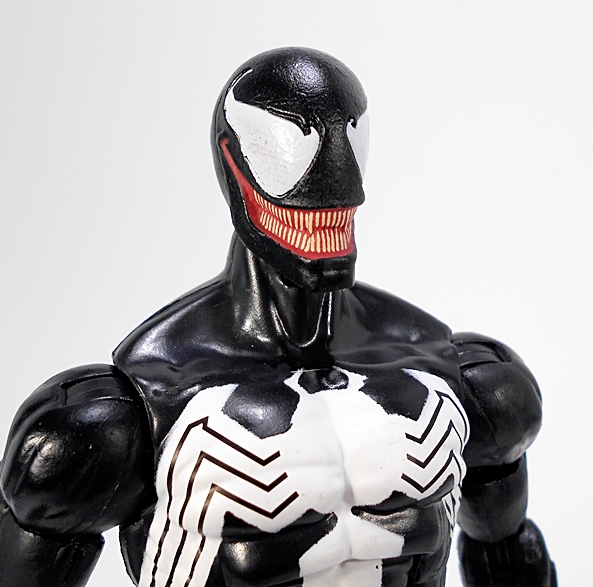 The stock head is superb. The super wide and creepy mouth is sculpted pretty deep into the head and those needle teeth look fantastic. The paint on the eyes is a little dirty, but nothing too bad. The evil, mocking grin combined with those giant white eyes make for a wonderfully terrifying portrait that peers back hauntingly from the 90’s. 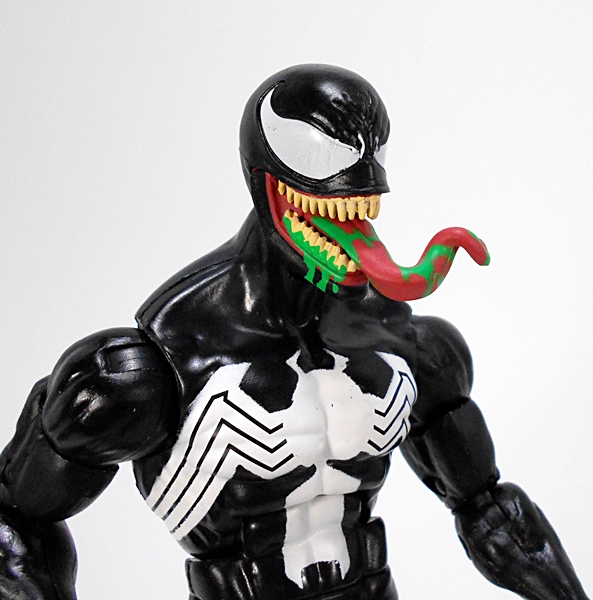 What’s that? You want Gene Simmons Venom? Well, it’s only a head swap away. The alternate head features the open mouth, extended tongue, and furled brow. It’s a more complex sculpt, but to be honest, I don’t find it nearly as creepy as the stock head. There’s plenty of green slobber painted on, but it looks pretty flat. That having been said, if this were a common figure, I’d still probably grab a second to display both heads. As it is, I doubt the tongue head will get much display time.

In addition to the extra head, Venom comes with a pair of fists. It’s always nice to have options, but I’ll likely not be swapping them out with the graspy claws all that often. The claw hands are great and I appreciate them not being the terribly over-sized meat hooks that came on Anti-Venom.

Articulation? Well, we’ve seen this buck plenty of times before, so there shouldn’t be any surprises. The arms have rotating hinges in the shoulders and wrists, double hinges in the elbows, and swivels in the biceps. The legs are ball jointed at the hips, double hinged at the knees, and have swivels at both the thighs and lower legs. The ankles are hinged and have some nice lateral rockers. 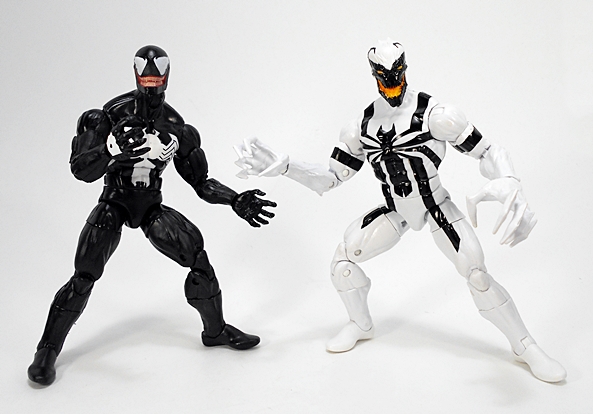 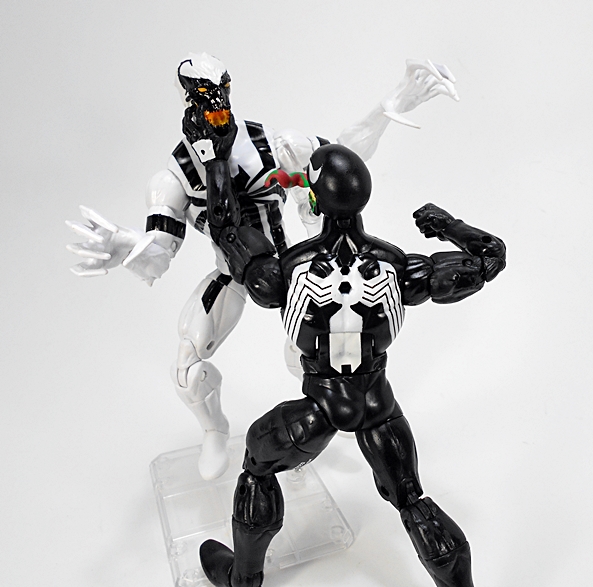 After so many Symbiot variants, it’s nice to go back to Venom’s roots with an original “vanilla” Venom. And while some may be rolling their eyes at the sight of yet another Symbiot, I think this one is a huge win for collectors. Yes, it’s a very basic figure, but it’s also an excellent one. Next Monday, I’ll be moving into the home stretch with a look at the final slot of figures from the, “Edge of the Spider-Verse!”