As promised, I’m back to wrap up this X-puppy up. If eight amazing figures weren’t enough, the conveniently named Juggernaut Wave also includes all the pieces you need to build Cain Marko. The Toybiz version of Marvel Legends Juggernaut was one of my favorite figures in that collection, and I hung on to it right until the end. It became one of the last Toybiz Legends figures that I sold off, and even then it was a painful decision. Fast forward to now, and I sure am happy to be getting this character back onto my Legends shelf. Never leave me again, Juggsy.

As you already know, Juggernaut’s parts were spread out across seven figures in the wave, with only Deadpool being left out. Those seven pieces included the two arms, two legs, torso, pelvis, and head. Slapping him together is pretty standard stuff.

Once together, Juggernaut is big and menacing. The costume features sculpted buccaneer boots with heavy treads on the bottom and a heavily pitted and worn belt. The legs are heavily muscled with brown painted pants and the torso features the red and black striped abdomen with the brown painted chest. Alas, my figure has some paint issues on the left part of his chest. It’s just a little scraping and dribble. I’m going to chalk it up to battle damage. 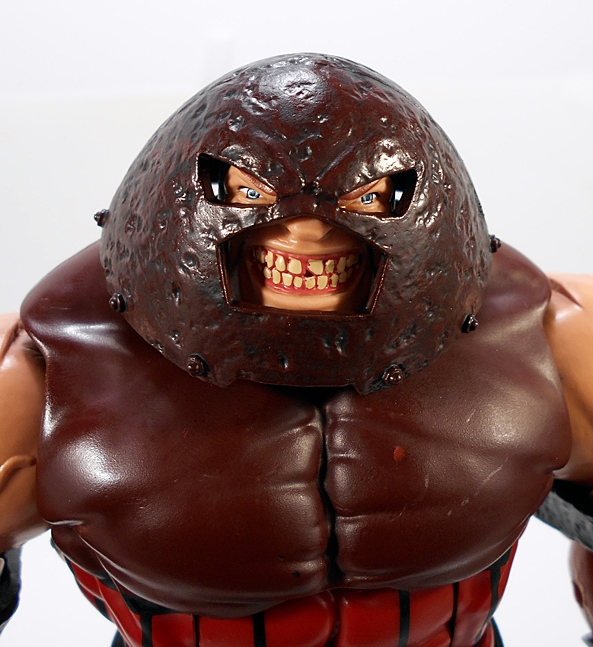 The head sculpt here is outstanding. Hasbro sculpted a full face underneath the domed helmet, making it look like the helmet is actually removable. This adds loads of depth and credibility to the sculpt, which is very welcome in a figure this big. The broad nose, wall of gritting teeth, and wild eyes give Cain a wonderful look of deranged rage. The helmet itself features a glossy brown paint job and some lovely pitting all over to make it look battered. There are also sculpted bolts running along the circumference of lower edge. 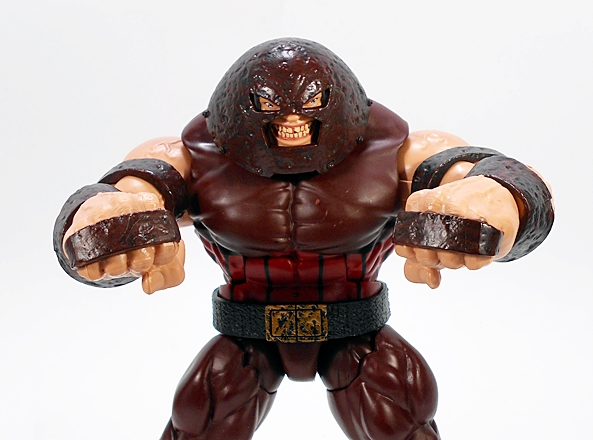 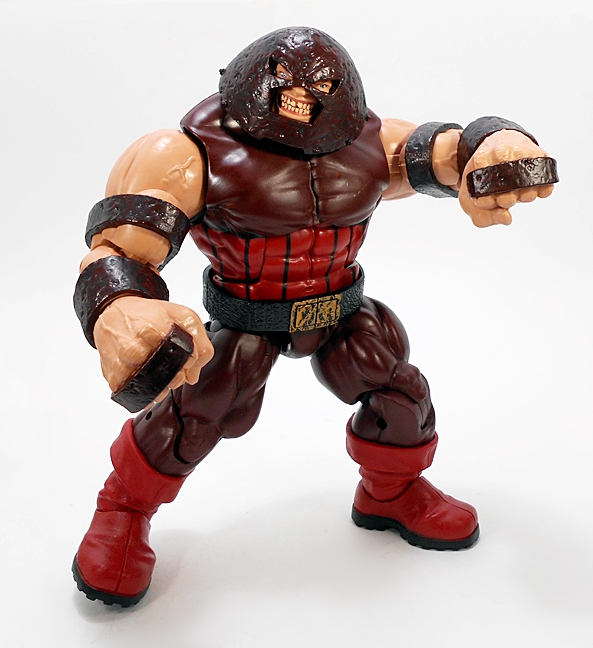 The bare arms feature his wrist bracers, as well as the bands around his biceps and knuckles. Those knuckle wraps have always been my favorite thing about Juggernaut’s design. They look simply devastating. All the bands have the same brown gloss paint and sculpted pitting as the helmet. You also get some sculpted veins running throughout the arms. 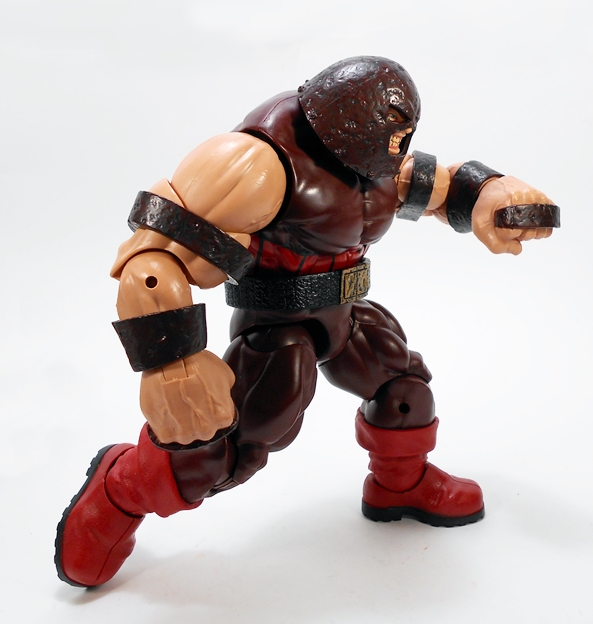 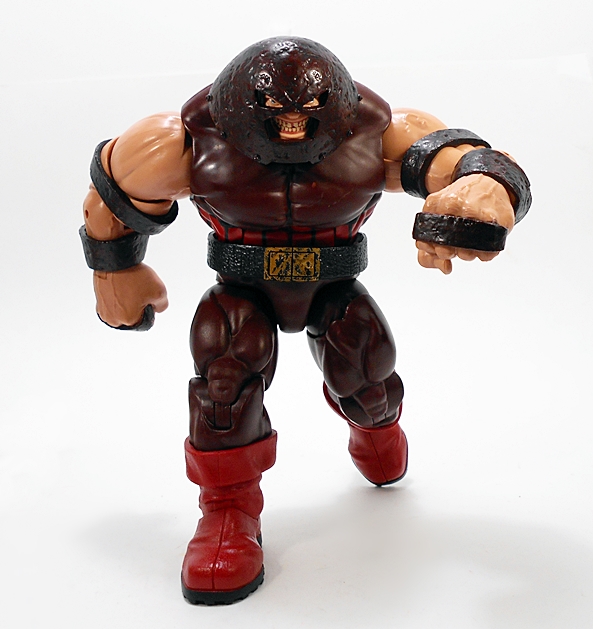 Despite being a BAF, Juggernaut features most of the articulation we’re used to seeing in the regular Legends figures. The arms have rotating hinges at the shoulders and wrists, swivels in the biceps, and hinges in the elbows. The legs have rotating hinges in the hips, hinges in the knees, and the ankles have both hinges and lateral rockers. There’s a swivel in the waist and an ab crunch hinge in the torso. Lastly, the neck is ball jointed. As a bulky figure, some of these joints don’t have a really wide range of motion, but what’s here definitely gets the job done. 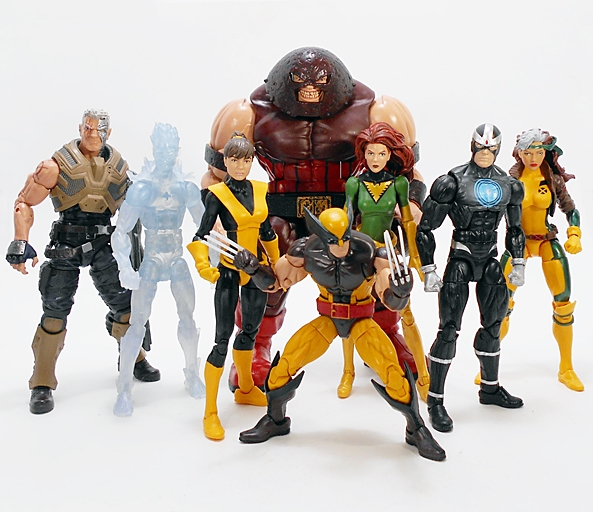 I certainly didn’t need any incentive in the form of a Build-A-Figure to collect this wave, so Juggernaut really feels like a superb bonus. I don’t think there has been an assortment of Legends figures as solid as this one, both in character selection and execution, since the line returned. And that’s saying a lot, because Hasbro has been knocking it out of the park with this line lately and it seems like there’s no end in sight as wave after wave continues to crash against the toy aisles and threaten to drown my poor wallet. Now that I’m finished with this assortment, I’m going to take a detour next Marvel Monday to check out a statue, and then I’ll be turning my attention back to the Civil War Giant Man Wave.