I’ve been on a statue kick for the last few DC Fridays, so today I’m going to mix things up and open one of the ga-jillion DC action figures waiting on the heap in the corner. DC Collectibles impressed me with their TV versions of The Flash and Leonard Snart, so let’s see how they did with Heatwave!

Mick Rory is part of the second wave of The Flash TV Series figures, although these have only been two to a wave so far. Nonetheless, the packaging is identical to what we saw used for Barry and Leonard. Heatwave is actually number four in the series. I still have to track down the third figure, Reverse Flash! Anyway, the packaging here is clean and attractive and totally collector friendly. 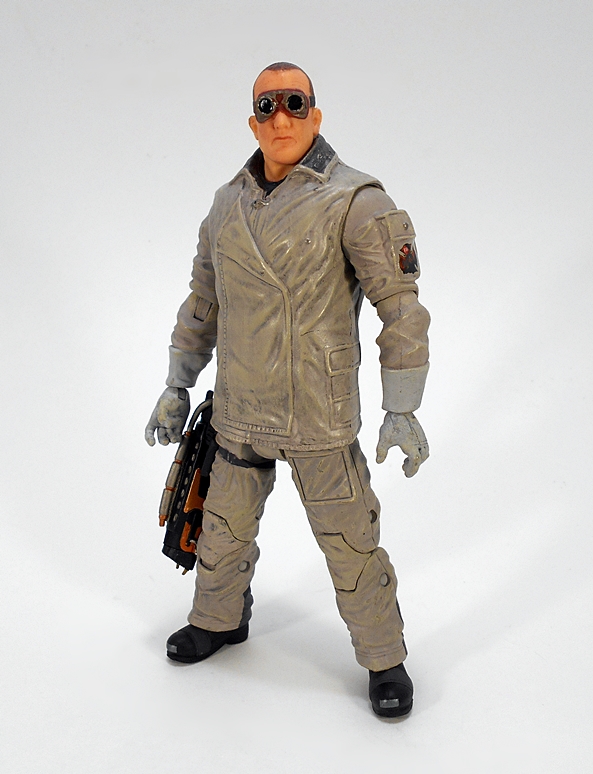 Out of the package and Heatwave is looking pretty good, although I wouldn’t say spectacular. He’s wearing a fire-retardant suit from the Central City Fire Department, complete with scorched shoulder patch and CCFD printed across the back. The suit features some decent detail work, including wrinkles, some stitching, and pockets. I particularly like that they sculpted the steel plates on the toes of his boots. The paint wash over the suit looks good and kind of gives it a little sheen to simulate the flame resistant qualities of the material, although it really doesn’t match the fabric used in the show very well at all. 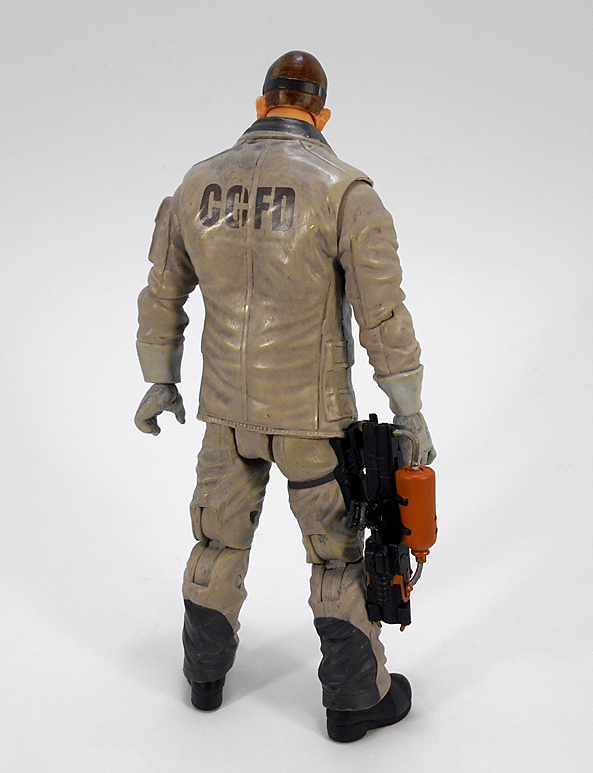 The articulation here is the same as what we got with Captain Cold. The shoulders, elbows, and wrists are rotating hinges. The legs are ball jointed at the hips and have double hinges in the knees. The ankles appear to be on ball joints, but the cuffs of the pants inhibit most of their movement. Finally, the neck is ball jointed. The elbows here give a little better range of movement than Snart had.

The portraits in this line have been a little soft, and Heatwave here is no exception. I think it’s a passable likeness to Dominic Purcell, but it could have used something in the way of whiskers and perhaps a more expressive face. Heatwave is a loose cannon and the rather calm expression here doesn’t reflect that. 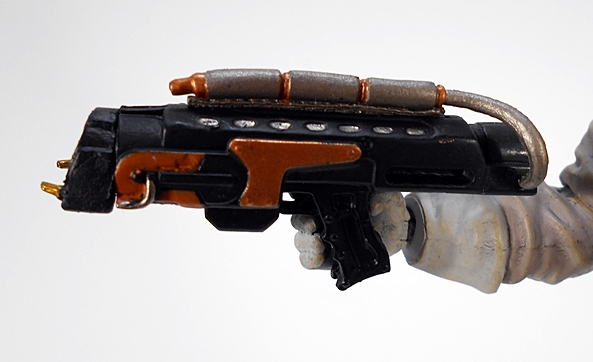 Of course, he wouldn’t be Heatwave without his flame gun and DCC has done an admirable job recreating it as an accessory here. There’s a hooked tab on the hip that looks like it’s supposed to fit into the slot on the side of the gun, but the connection is too loose to hold the gun. Luckily you cans till hook the hose on the top and have him wear it that way. The gun design itself is crude and ugly, just like Heatwave. The figure also comes with a total of three sets of hands. You get a pair of fists, and two pair of accessory holding hands, which seem rather redundant.

Ultimately, Heatwave isn’t the most exciting figure around, but a lot of that has to do with the character design. I think DCC did a solid job recreating him here and he looks great displayed next to his partner in crime, Snart. To be honest, I’ve decided I’m going to be All-In on both the The Flash and Legends of Tomorrow figures, so Heatwave was a must have for me either way. I don’t know that I’d recommend anyone run out and buy him, but I’m not sorry I did.