Another Marvel Monday, another Marvel Legends figure, and I’m continuing my slog through the old news that is the Rhino Wave. But I’m rather excited today, because I finally get to open one of my most anticipated figures in this wave… Kraven The Hunter! Hasbro did an incredible job on the 3 3/4-inch Marvel Universe version and ever since getting that figure I’ve been hunting (HA!) down as many comics as I could find in which he makes an appearance. I even went back and re-read Kraven’s Last Hunt earlier this year. That’s one of the cool things about collecting comic figures. Sometimes they make me take a second look at a character I didn’t give two shits about and suddenly my universe is expanded. Suffice it to say, I’ve subsequently grown pretty fond of Kraven and I have some pretty high hopes for this 6-inch Legends release. 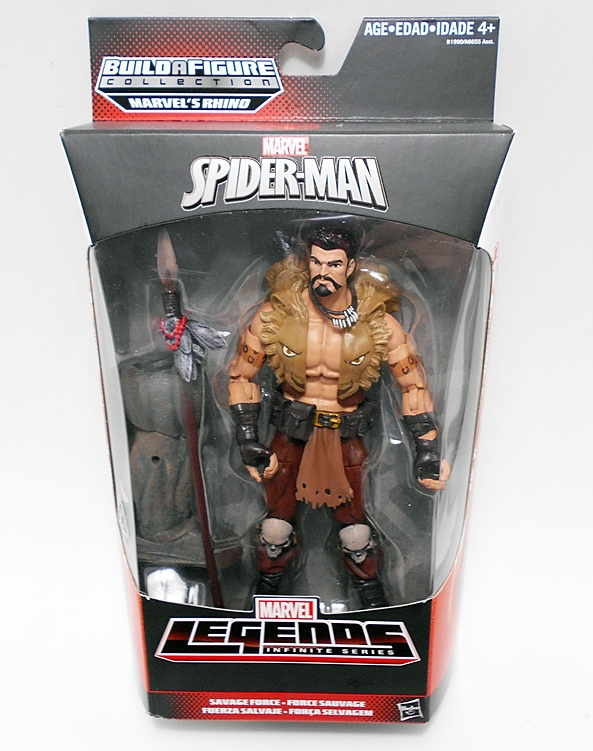 The box is branded for Spider-Man at the top, along with a web-pattern illustrated on the tray behind the figure. This is another one of those instances of slot sharing and in this case the “Savage Force” consists of Kraven and Chameleon, which is certainly appropriate given their relationship. Indeed, this is one of the less tenuous character connections for one of these split slot packages that Hasbro has done in a while.

I’m not going to mince words, Kraven is absolutely freaking amazing. Thanks to his outrageous costume design, Hasbro had a lot to work with here and quite frankly they knocked it out of the park. About the only things really plain here are the upper legs and the bare chested buck and upper arms. Those legs get by with just brown paint for Kraven’s pants and the biceps have his animal print straps painted on. Everything else here is represented by beautiful new sculpting. 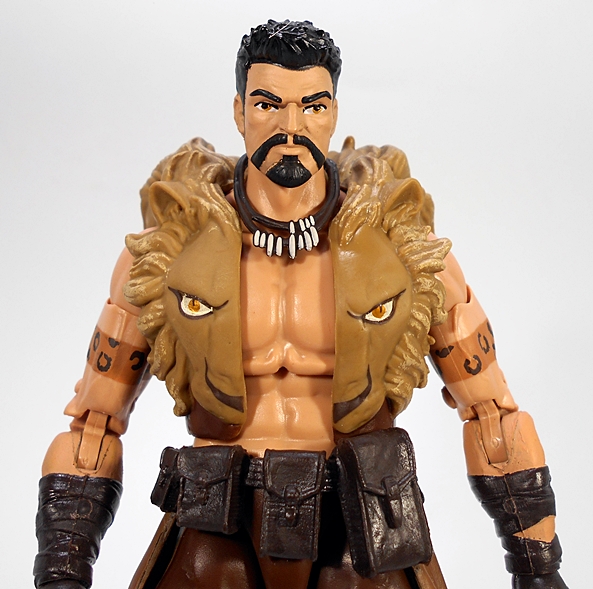 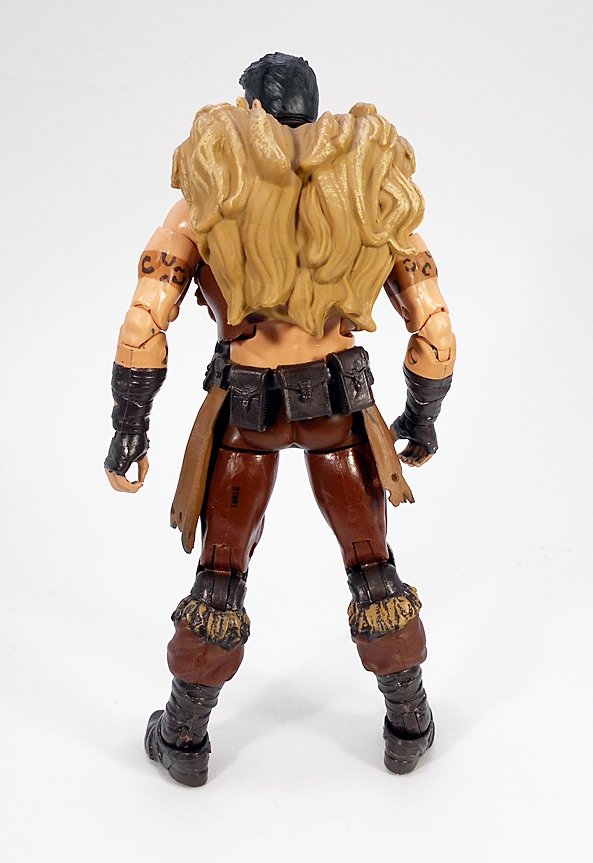 The bare chest is covered by Kraven’s iconic lion head vest, which is basically a lion head split straight down the middle with the mane forming a rather large and regal looking collar that spills onto his shoulders and down his back. While I haven’t tried it, the vest appears to be pretty easily removed. Kraven’s forearms feature sculpted leather wrappings and fingerless gloves and he has a tribal necklace hanging around his neck. His belt is a separate piece that pegs together in the back and features enough pouches to make Deadpool jealous, as well as some sculpted sashes hanging down from his hips.

If all this wasn’t good enough, Hasbro ponied up for one of the better head sculpts that I’ve seen in any recent Legends releases. The detail in Sergei’s face is sharp, the skin tone is perfect and the paint… well, the paint looks fine until you get up really close and it starts to break down a little. Still, it’s fine. 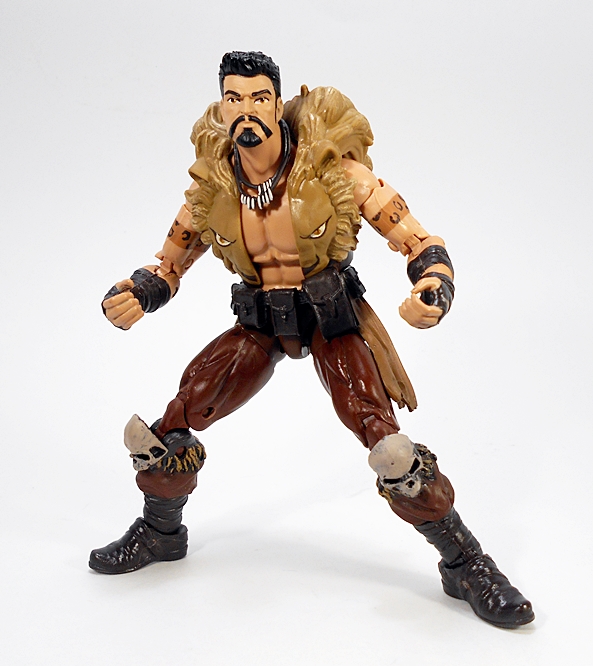 The articulation on this guy is fantastic. The arms feature rotating hinges in the shoulders and wrists, there are swivels in the biceps, and the elbows are double hinged. THe legs are ball jointed at the hips, there are swivels at the thighs and tops of the boots, and the knees are double hinged. The ankles feature hinges and lateral rockers. There’s a swivel in the waist, a ball joint in the chest and the neck has both a hinge and a ball joint.

Besides one of Rhino’s gams, Kraven comes with a pretty cool spear accessory. It features a sculpted wood texture on the staff, a bronze painted tip, and some sculpted feathers strung around the base of the tip just to make it look pretty. His hands are sculpted so he can wield the spear in either hand or both. 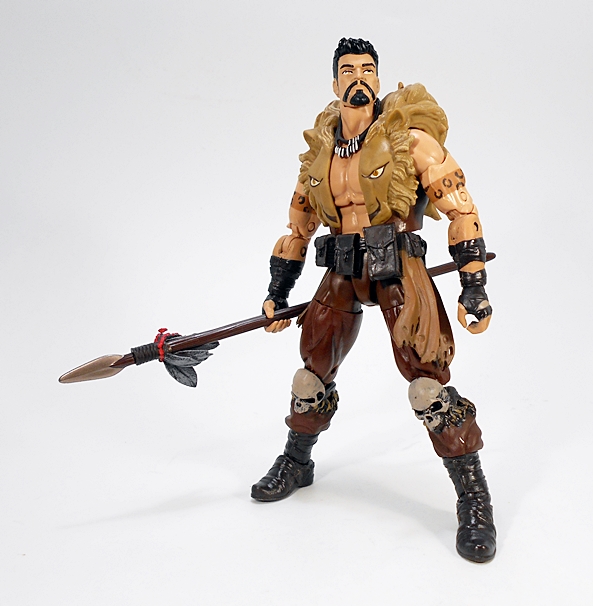 Legends is a line that gets a lot of mileage out of simple painted bucks, but every once and a while a character like Kraven here give Hasbro a chance to shine.