Anime Saturday has been gone for a while, I know, but I’m really making an effort to bring it back. This morning, for example, I resisted the urge to stay in bed and read comics and instead, I got up and opened one of the many prize figures that I have stacked in the corner begging for attention. And since it’s been ages since I opened a new KanColle Fleet Girl, that’s exactly what I’m doing today. Let’s have a look at another Shimakaze! 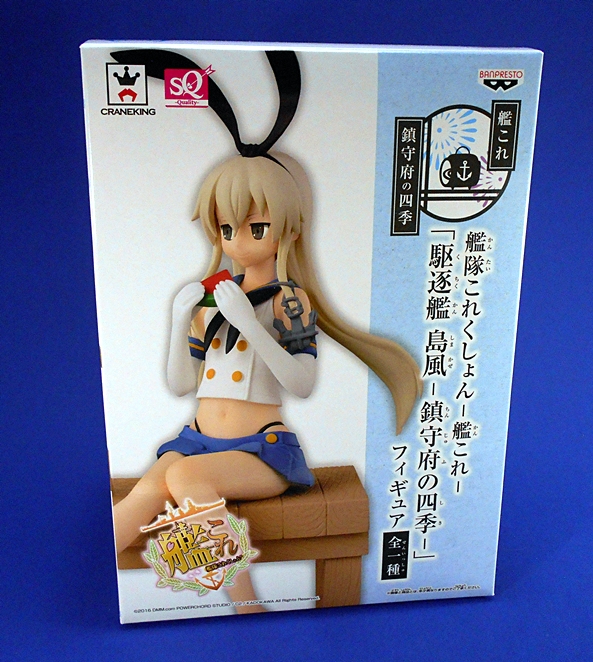 Yup, I love me some Shimakaze, and this is actually my first Fleet Girl from Banpresto, all the others have been from Taito and SEGA. I stumbled upon this figure one night while doing a little inebriated Amazon browsing and was shocked because I had never seen her before. Yes, I do have most of these prize figures tucked away on a Wish List for easy ordering. Anyway, the price was right and there was only one available so I jumped on it! The figure comes in a fully enclosed box with virtually no English text at all, so this is one of those cases where you really need to know what you’re looking at. There is a familiar Kantai Collection logo on the box, but it too is in Japanese. Inside, the figure itself comes in two parts and needs to be tabbed together. The dock also requires the posts to be plugged into it. The assembly is easy-peasy and when you’re done, here’s what you get… 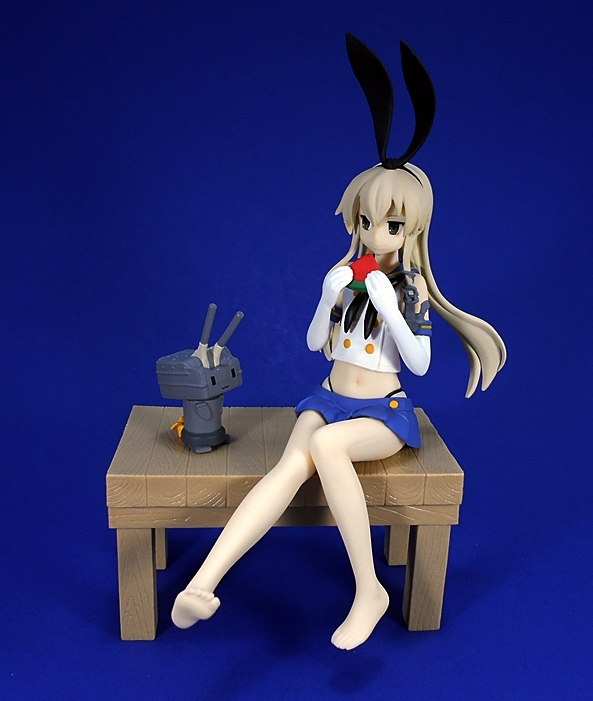 Lovely! Shimakaze relaxes on a dock about to start munching on a piece of watermelon while her faithful Rensouhou-Chan stands beside her and looks to be begging for scraps. Now, I’m calling this a dock, but I’ll concede that it might be intended as a table. I’m going with dock because Shimakaze has her trademark striped stockings and rudder boots off, so I’m assuming that she’s paddling her toes in the water. If this was one of Taito’s releases, it would probably have fallen under their “Day Off” series. Neither figure attaches to the dock, so you’re free to place them wherever you want. 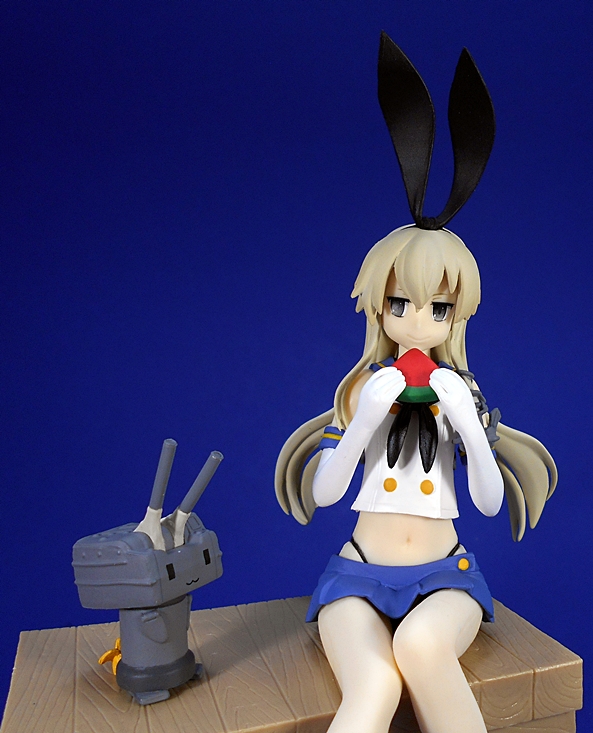 The sculpt here is quite good, although maybe just a tad softer than what I’m used to seeing from the other guys. And while Shimakaze is partly out of uniform from the knees down, everything above that should be readily familiar to any fan of the character. She has her low riding blue pleated skirt, exposing her G-string, her cut-off sailor-style top, with big buttons and black necktie, and her long white gloves with blue and yellow cuffs at her biceps. And no figure of Shimakaze would be complete without her bunny ears hair ribbon. The paint is overall solid. It could be a little sharper in some areas, but there’s nothing overtly bad here when it comes to the paint quality. 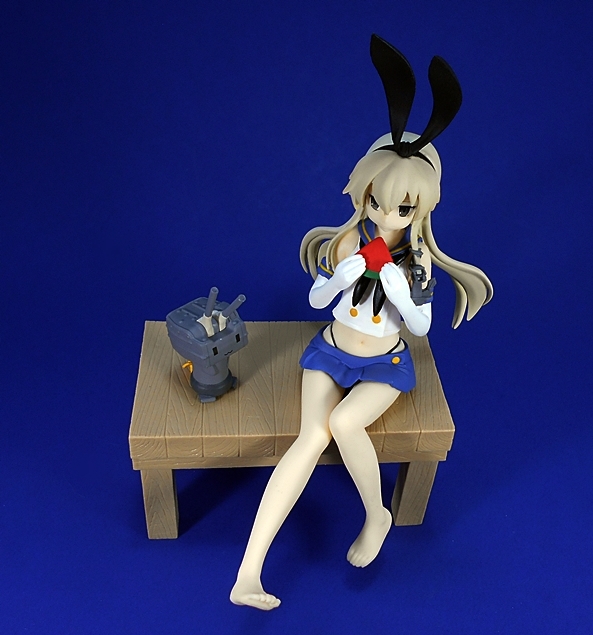 The portrait is excellent. I happen to be a fan of Shimakaze’s more vexed expressions, but here she’s just clearly happy to be enjoying a little down time, and that’s cool. The large eyes are beautifully printed and her pale blonde hair is parted down the back and blowing off to the sides. 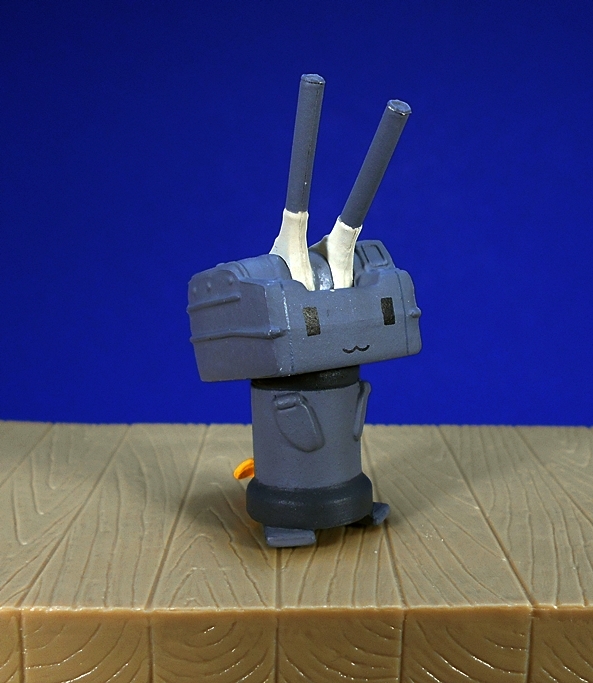 Rensouhou-Chan is as adorable as ever. This is one of the smaller Rensouhou from her retinue. His sculpt is complete with his little flipper arms and bright yellow propeller tail. His guns rise up from his head like antenna and he has an adorable little face painted on the front of his turret head.

One cool thing is that this Shimakaze fits almost perfectly into the life preserver base from my Taito figure. It’s crazy how well this works despite the two figures being made by two different companies.

There’s no doubt that this was an impulse buy. I hit that 1-Click Buy It Now the moment I saw it and I’m not disappointed. At about $21 shipped, it’s a pretty decent price. I’ve certainly gotten better Taito Fleet Girl pieces for less, but those were just ridiculously good deals, so I’m not going to hold it against this gal. I’m a sucker for Shimakaze, and I’ll pretty much buy her figures no matter who puts them out.