It’s another Transformers Thursday without any new Transformers. It’s also the day after I just pulled an all-nighter at work and I’m really tired and want to go to bed. But the show must go on, so let’s see what I have lying around here that I can do quick-and-dirty. Of course! Pop! Vinyls!!! Also, Doctor Who is back and I can’t even tell you how happy I am about it. While we’re only two episodes into Series 10, I’m really digging it so far and it made me want to get out some Doctor Who merchandise. Sadly, Character Option doesn’t seem to know what they’re doing with the license any longer and the Doctor Who action figure market has all but dried up. But if there’s one thing you can count on in this universe it’s Funko and never ending empire of Pop! Vinyls. I’ve already looked at the 11th and 12th Doctor Pop!s, so today I thought I’d round out the NuWho Doctors with a look at Nine and Ten.

The packaging here is pretty standard Pop! Vinyl fare. If you’ve bought one of these (DON’T LIE TO ME, YOU OWN AT LEAST ONE!) then you know what to expect. The adorable little figures come in window boxes branded with the series and number of the figure. These are #221 and #294, which shows that a lot of Television Pop!s have come between these two releases. Yup, it’s kind of odd that Ten comes before Nine in their numbering, but don’t worry about it, it’s all just Timey-Whimey. The boxes are collector friendly, but you can still sort of enjoy your Pop! without taking it out of the box. Indeed, this is one of the few lines of collectibles where I always keep the boxes. They’re not much bigger than the figure itself, and when they’re in the box you can stack them. Why the hell do these say Age 14+ on the boxes? These are practically chew toys, so I’m not sure how they can be dangerous. Eh, who knows? Let’s go in order and start with Nine. 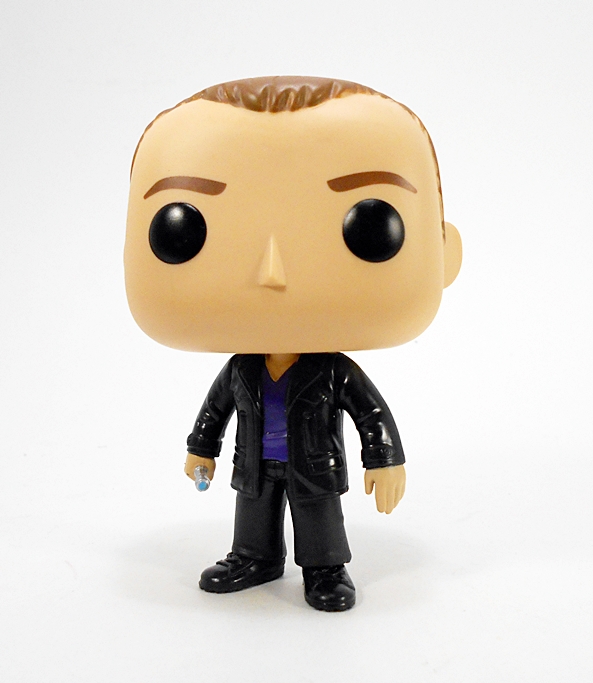 To me, The 9th Doctor has one of the least distinctive looks out of all of the Time Lords’ incarnations, and yet I have to admit, I’d know who this is even if you handed it to me without the box and covered up the Sonic Screwdriver in his hand. Being able to recognize the character is the biggest compliment that I can pay one of these ridiculous things and since I don’t really find Nine’s outfit all iconic, this Pop! is doubly successful. The head isn’t bad either. I think they actually gave him bigger ears too!

Pop! Nine also has some of the best paint I’ve seen on any of my shamefully large collection of these stupid things. Granted, he’s wearing a black jacket, black trousers, and black shoes, but the jacket and shoes are glossy and the trousers are matte, so you still get a little variety in there. I really like the purple paint they used for his shirt, and the paint apps on the screwdriver are especially good. Apart from a little chipping to the flesh tone on his right hand, this is as close to an immaculate Pop! as I have ever seen. One might even say… FANTASTIC! Moving on to Ten…

The 10th Doctor is a total slam dunk, largely in part to his very iconic costume, and also to the really wonderful job the Wizards of Pop! did on this figure. I swear, I think I could probably recognize him just by the head alone, thanks to the tufted wave of hair at the front and those glorious sideburns. But if that doesn’t give it away, the brown jacket, blue suit, and red and white “sand shoes” definitely drive the point home. And, of course, he also has his trusty Sonic Screwdriver in his right hand. 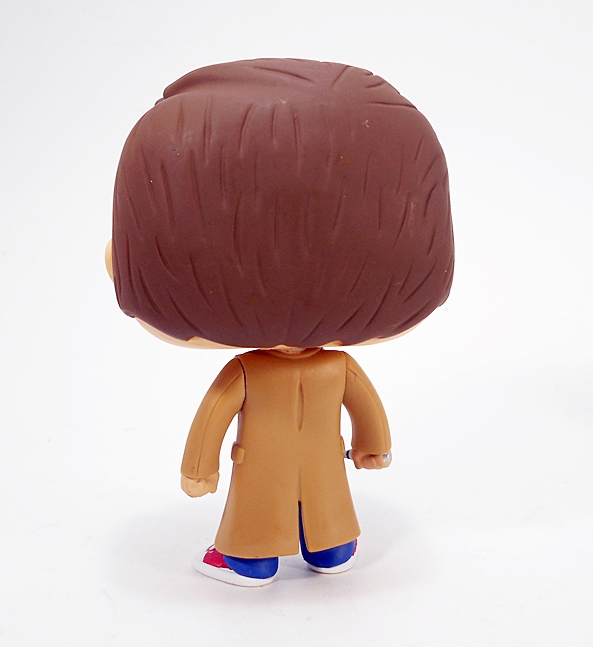 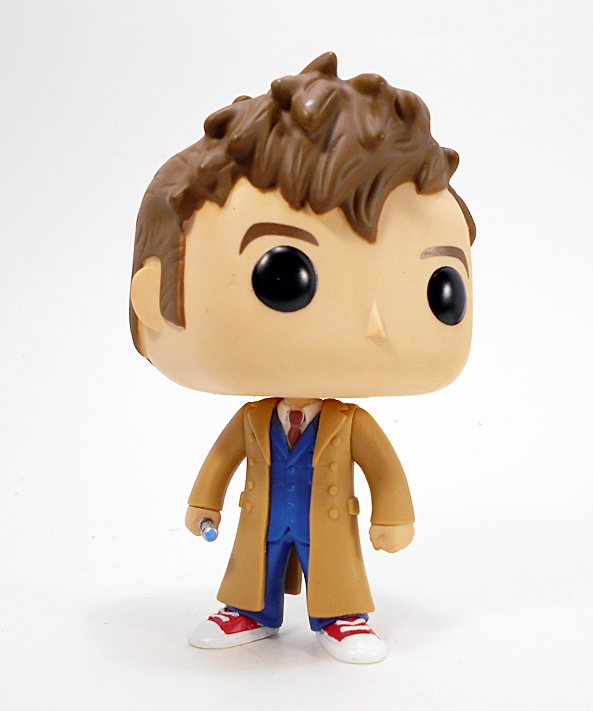 And today lighting is striking twice because the paint on this one is just as good as what we just saw on Nine. Sure, there’s a little slop on the shoes, but when you buy Pop! Vinyls sight unseen like I do, you run the risk of some nightmarish paint. It’s always great to see a pair of beautiful pieces like these. 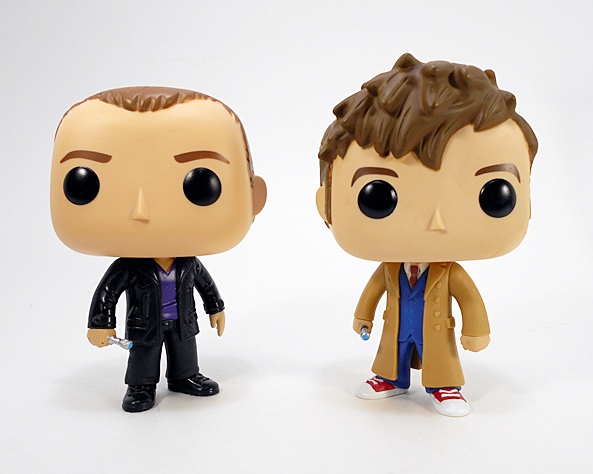 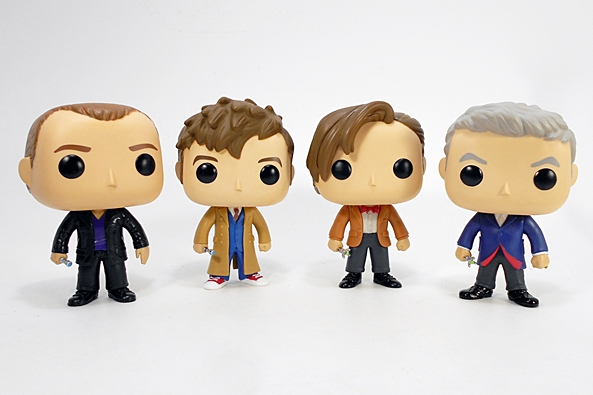 I know I don’t spend a lot of time here showcasing my Pop! Vinyls, probably because I’m ashamed to admit I own so many. Still, it wouldn’t be a bad thing to sneak some more in here and there. If nothing else, it makes for an easy day for me, because… well, how much can you really ever say about these things? Maybe I’ll try to get through all the Doctor Who ones, while Series Ten is running. It’s worth noting that there are a number of variants for some of The Doctors, but I’m not that crazy yet to pick up all of those. Some of them? Yeah, but not all of them. And so Nine and Ten here complete my NuWho Doctors nicely. Wait, what’s that? They did a Pop! Vinyl War Doctor? Oh, for heaven sakes, I guess I have to get that one too.