I’m taking a mid-wave break from reviewing the excellent DC Bombshells action figures to check out a statue that’s been long overdue for my collection. It’s rare that I court a statue for as long as I longed after this one. Sure, sometimes I’ll waffle a bit and other times I’ll wait for a deal, but this Babs Tarr Designer Series Batgirl Statue is one that I started eyeballing way back when the teaser art was first introduced. Then it was revealed to be part of the B&W Series. I loved the art direction, loved the sculpt, but wasn’t keen on it being a B&W piece and it was too small to really fit in with my mostly 9-inch or 12-inch scale statue collection. But, as if in answer to all my reservations, DC Collectibles re-worked the statue back in 2015 as a full color sixth-scale piece. I was in love again, but there were so many reports of QC issues and statues arriving broken, despite being new in sealed boxes. Fast forward to a couple of weeks ago, when my infatuation finally won the day, and I decided to roll the dice and risk disappointment or else forever regret what might have been.

While this is my first DC Designer Series statue, the packaging is very similar to my beloved Cover Girls line. It’s a fully enclosed and collector friendly box with a brick of styrofoam inside that houses the statue. The box on mine is a little beat up and there’s some heavy rubbing on the sides. Oh, man. I can’t tell you how nervous I was as I sliced the tape and prepared to reveal the statue inside. The Interwebs are littered with pictures of this statue with pieces broken off of it, I was terrified mine was going to be a mess, and this distressed box isn’t helping to calm my fears. Nevertheless, I came this far, and I just had to see how my luck turned out… 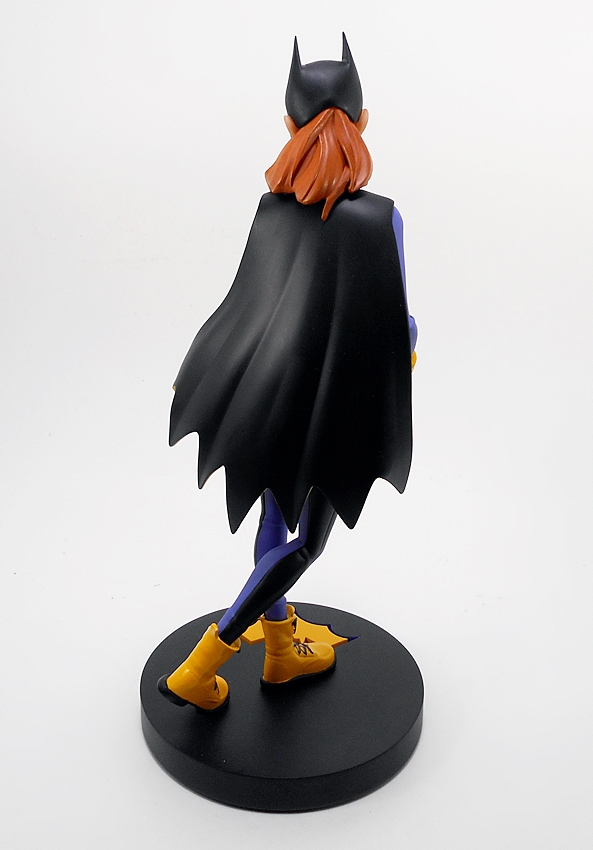 Well, it turned out pretty freaking great, thank you very much! Not only did the statue arrive without any breakage, but the paint quality and overall coloring on this piece are both superb. Setting her up simply requires that you peg her foot into the base with the metal rod and she’s all ready to go. Before getting started, I will mention that while this figure is billed as being cold-cast porcelain, there’s definitely some mixed media going on, namely the plastic used for her the skin tone of her face, and I’m pretty sure the hands and some other fixtures are resin. That’s not a complaint, mind you, as the results are fantastic, but just an observation. And the statue still has a remarkable heft to it, especially as I’m used to the smaller Cover Girls.

Where to begin the love fest? Well, for starters I think the pose really captures this iteration of the character perfectly. She’s got one foot kicking back behind the other, a little playful lean on her right hip, and her left hand fiddling with the pouch on her utility belt. They did such a great job bringing this costume to life. There’s just enough detail to keep things interesting, but it still manages to capture that rather simple animated art style of the book. And she’s so damn colorful! Granted, a big part of that comes from this costume design, but credit has to be given to the team of artists at DC Collectibles for translating it so perfectly into this piece. The purple and black matte finish on the suit is smooth and practically flawless and it contrasts so beautifully with the bright and glossy yellow used on her big, chunky boots, gloves, bat symbol and utility belt. Some silver paint on her zippers and black lacings on her boots round out the costume beautifully. 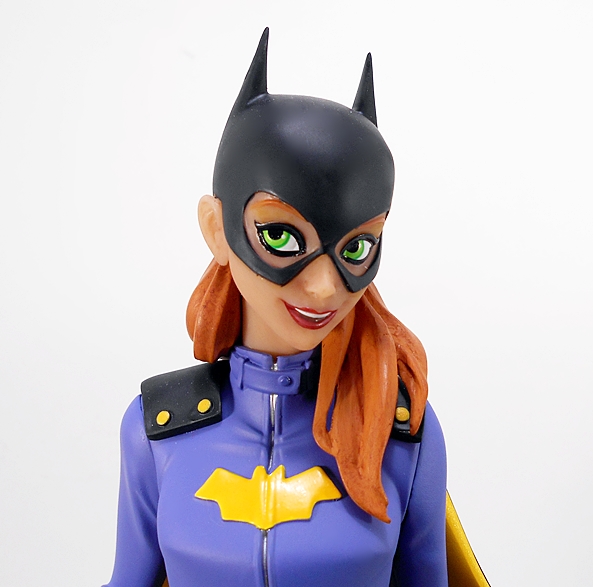 The portrait is just plain adorable. I love the way her head tilts down to the left while she glances up to the right with her big green eyes. And that smile says it all! Her cowl appears to be sculpted separately from the face, which gives the head some welcome depth, even more so than if there were just sculpted lines. The reddish-orange hair swirls around her neck and drapes down her left shoulder. There’s so much personality in this portrait, and like the pose I think it just captures Babs Tarr’s Batgirl perfectly. 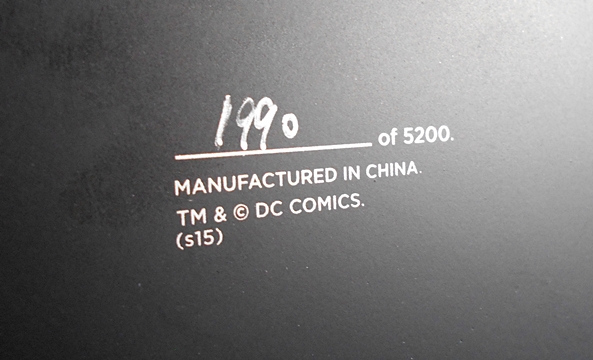 The beast of a base is a simple black disc, which is a heavy slab that all but ensures Batgirl won’t be taking any dives off the shelf. It has a bat symbol cut deeply into it, and I really dig the way they outlined the cut lines with purple paint. It makes for quite a striking statement. The bottom of the base features the hand-numbered limitation. Mine is 1,990 of 5,200. 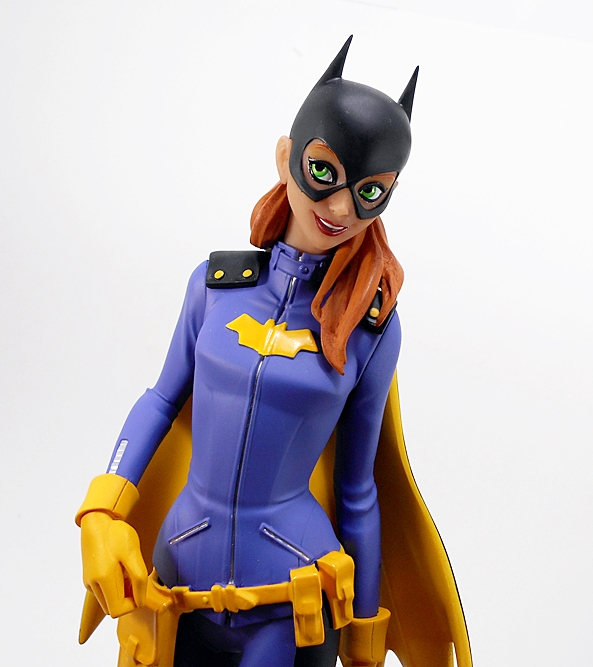 It’s always a tricky thing, pining after something on your want list for so long. Can it possibly live up to the anticipation and expectations? Well, in this case, Batgirl certainly did. I was in love with this statue when I first saw it, and I’m just as much now that it’s in hand. It’s been so long since this statue debuted, I don’t even remember it’s original MSRP. I’m guessing it was somewhere in the $100-125 ballpark. I picked up mine from a comic shop on Ebay for about $85 shipped and I am so damned happy to finally have this gal on my shelf. Every little thing about this piece works for me. The colors are gorgeous, the pose is so perfect, and I actually set her on the shelf beside my desk, at least temporarily, so I can admire her every now and then, before retiring her to the display case in the spare room. I’m looking forward to picking up some more statues in this series, and I’m pretty sure my next one will be the Amanda Connor Starfire.