Sorry, change-o-bot fans, if you didn’t know it already, I’m bumping all regular content this week so that I can get through a review of all six figures in Hasbro’s Marvel Legends A-Force set, which was released through Toys R Us during San Diego Comic Con. It’s Day Four, I’m over the hump, and I can’t think of a better way to introduce today’s figure then with a couple of licks from The Kinks… Well, I’m not dumb but I can’t understand, Why she walks like a woman and talks like a man, Oh my Loki, lo lo lo lo Loki….

…Well, we drank horns of mead and danced all night, Under Mjolnir’s electric light… Ok, enough with The Kinks, I made my point. Yes, this figure represents Loki’s return in female form after the events of Ragnarok and also as she appeared in the A-Force book. It’s also a bit of foreshadowing to the present landscape, where half of Marvel’s main characters have been turned into women… but don’t get me started. Anywho… It’s kind of crazy that in the five years since Marvel Legends returned, this is the first comic version of Loki we get. Well, at least there will be an MCU version in the upcoming Thor: Ragnarok wave. In the meantime, I ain’t complaining, so let’s check her out. 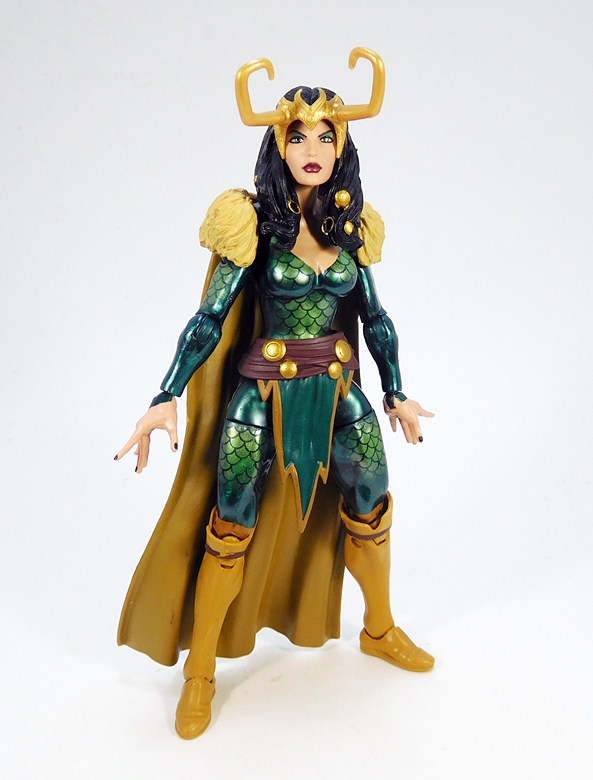 Hello, God of Mischief! Lady Loki looks absolutely stunning, thanks to a deft mix of paint and a bit of original sculpting. She’s built on one of the better female bucks and includes those extra touches like bicep and thigh swivels, missing from the standard Legends femme bodies. Alas, she’s still got those rotating hinges in the hips, but I guess you can’t have everything. The boots are painted in a pale brown, while the rest of the outfit is metallic green with a striking fish-scale armor pattern printed on the thighs, biceps and torso.

Original sculpted bits include the belt and sash, which hangs on her hips and sculpted boot tops, which simply hang around the knees. The boot tops are kind of clever in that they add a unique look to what was otherwise just paint, but they can get a bit floppy when posing her. They’re kind of similar to the ones on the recent Rogue figure. Lastly, we get a cape with sculpted fur shoulders, which is easily removable. The paintwork on the belt and sash is especially nice and includes some gold discs placed over the brown belt, and a brown border on the sash. What a great looking costume! 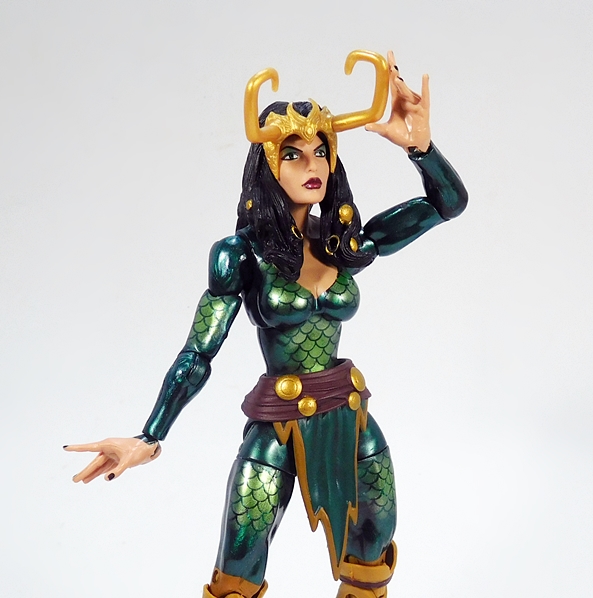 And that brings us to the portrait, and it is simply fabulous. She’s beautiful, the paint applications for her eyes and lips are perfect and her hair looks amazing, complete with gold adornments throughout. Her horned crest is sculpted as a separate piece and really looks like it could be removed, even though it’s permanently attached. The hair does inhibit her neck articulation quite a bit, but that’s pretty unavoidable with sculpted hair like this. 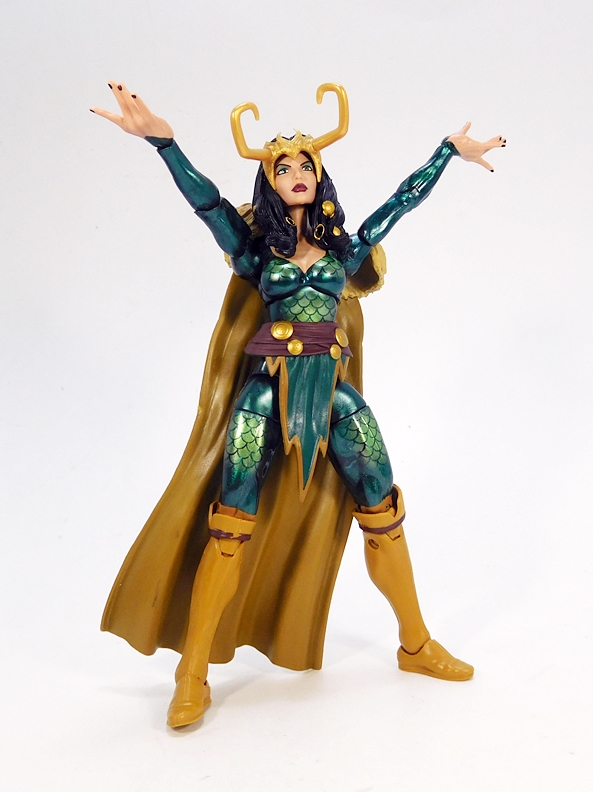 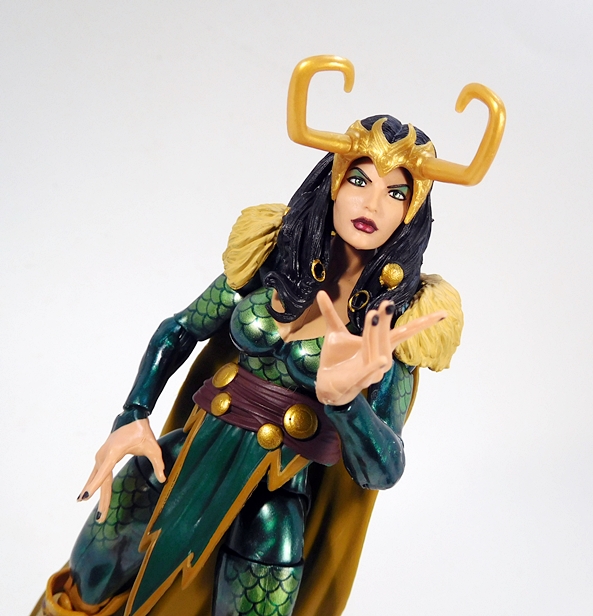 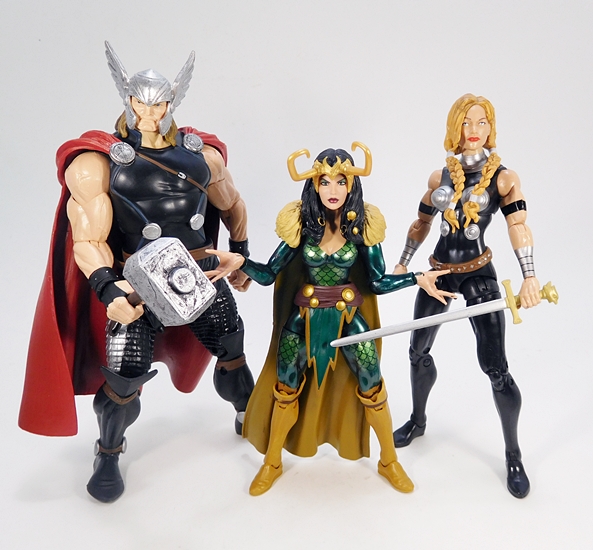 If you had asked me how badly I wanted a Lady Loki in my Marvel Legends collection, I’d say it was pretty far down on my list. Hell, I still haven’t gotten around to picking up the Kotobukiya Bishoujo statue of her, but that’s mostly down to how damn expensive it’s been. Nonetheless, having this figure in hand and seeing how fantastic she turned out, I’ve become an easy convert. Indeed, I’d say so far this is my favorite figure in the A-Force box. Yeah, I still love Monica finally getting a figure, but in terms of sheer wow factor, Hasbro really outdid themselves with this busty Asgardian trickster. It’s also a version of the character that feels appropriate for a Con Exclusive box. By no means essential, but she sure is nice to have. After all, It’s a mixed up, muddled up, shook up world, Except for Loki. Lo lo lo lo Loki. Verily!