As promised, I’m back to finally kill off this wave of Marvel Legends with a look at the Mantis Build-A-Figure. Consisting of a total of six pieces, spread across a wave of seven figures, Mantis is fairly easy to cobble together, although I did have a little trouble getting her legs into the hips all the way. But wait, you’re saying this petite alien chick is the BAF?

Yes, generally speaking, BAFs were created to sell waves, but also to deliver figures that were often too big or complex to do in the regular price point or packaging. As a result, people may scratch their heads at the diminutive Mantis being a BAF. Well, there has been precedent for smaller BAFs in the past. Both Rocket Raccoon and Hit Monkey were even smaller. Once, someone told me that Jubilee was even a BAF, although I have no physical evidence to support that claim. Yes, I’ve seen pictures, and that last remark was just a bitter dig at Hasbro’s poor distribution. ANYWHO… 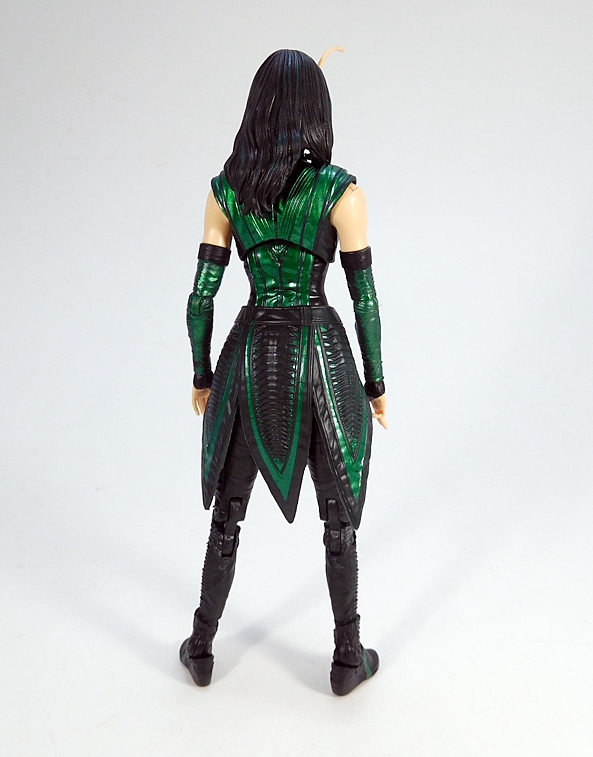 Here she is! Mantis! All assembled and looking absolutely fab! Mantis is a fairly simple figure, and as such, this is going to be a pretty quick review. But don’t let that fool you, because one look and it’s clear that Hasbro put some real love into her. The outfit features all the great sculpted detail and texturing that I’ve come to expect in my MCU Guardians outfits. I particularly dig the leaf-like skirt that wraps around her hips and backside. I expected this to be a belt, but its actually attached to the buck around the waist and as such looks more like a natural progression of her top. 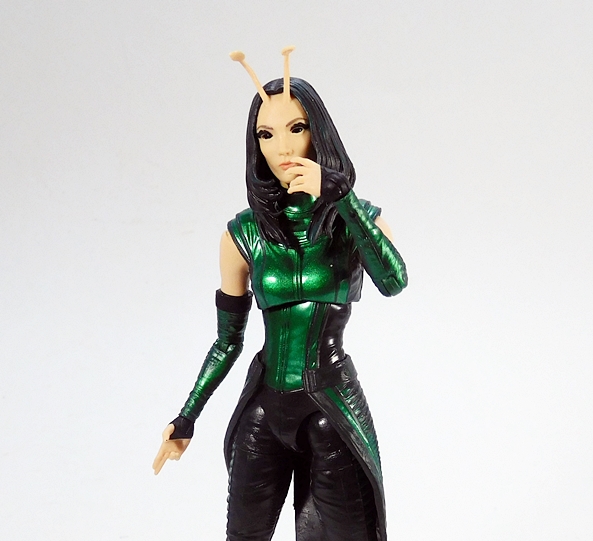 Still, as impressive as the sculpting here is, it’s the paint that makes this a stand out figure. The gorgeous emerald green paint has a striking metallic sheen to it and its used not only on her top and gloves, but also the ribbed panels running down the sides of her trousers and outlining the panels in her skirt. Under some nice lighting, it contrasts beautifully with the black. 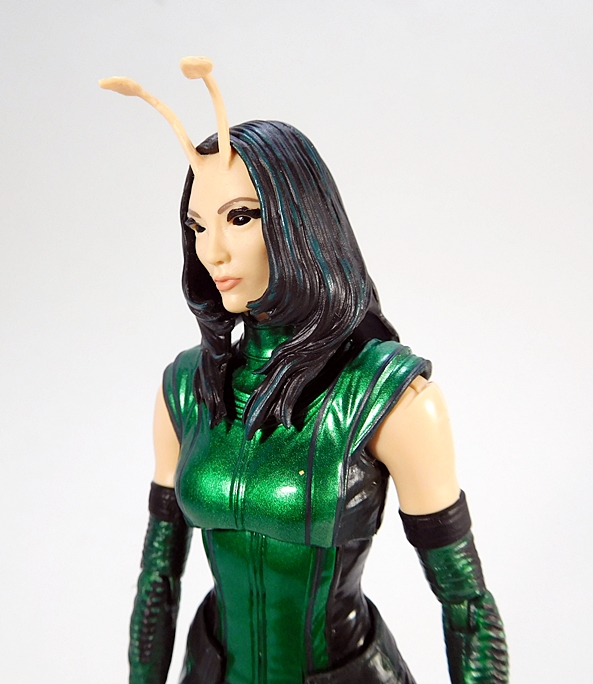 This head sculpt is no slouch either. This time around, all the MCU Guardians likenesses have been winners, and I’d say that Mantis ranks pretty high among them. Her distinctive eyes and bendy antenna have been recreated beautifully here, as has her sculpted hair, which even curls up at her chin. Whatever you’ve been doing with these portraits, Hasbro, please keep doing it! 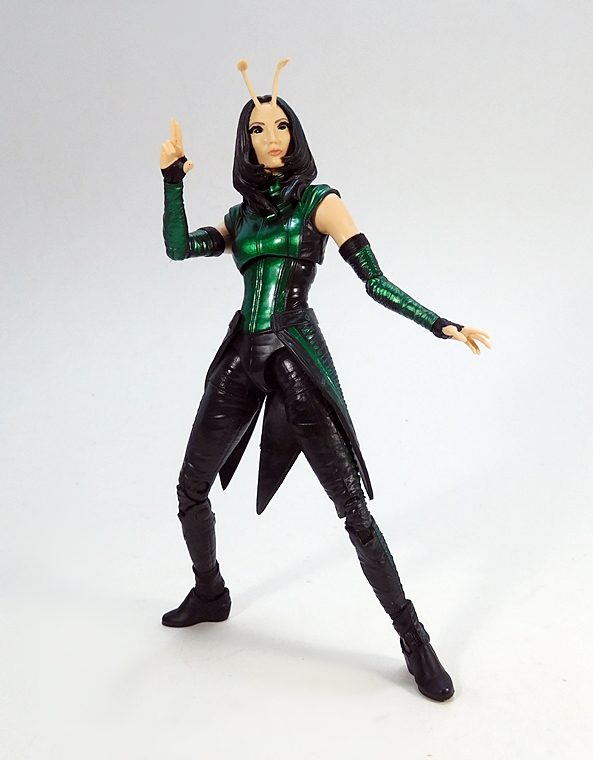 The articulation is fairly close to what I’m used to seeing in the Legends female bucks, which means she’s fairly limber.

With no accessories, and not exactly weighing in as an action star in the movie, Mantis may not be the most exciting figure around, but I sure am glad we got her in figure form. Why Hasbro opted to make her the BAF is still a bit of a poser. Maybe they thought she wouldn’t sell on her own? But with Gamora and Nebula in the wave, I’m not convinced that was it. It would have been cool if she got her own boxed release and Hasbro could have just given us Ego as the BAF, at least then I wouldn’t have to buy a second Star-Lord to get him in that two-pack. But that’s just me griping. You do whatever you have to do, Hasbro to keep these figures coming! Next week, I’ll be starting to look at a new wave of Legends, but I haven’t decided which yet and there’s so many to choose from. Warlock? Sandman? Vulture? Ragnarok? Man-Thing? Well, I’m going to rule out Ragnarok, because I’d like to look at those figures closer to the film’s release. Right now I’m leaning toward going with the either the Warlock or Sandman waves next.