It’s DC Friday again, and also the start of a four day weekend for me. I can’t think of a better way to kick it off than by opening up a brand new Bishoujo statue from Kotobukiya. And oh, look! I happen to have Cassie Sandsmark, aka Wonder Girl, ready to join her fellow Teen Titans Bishoujos! 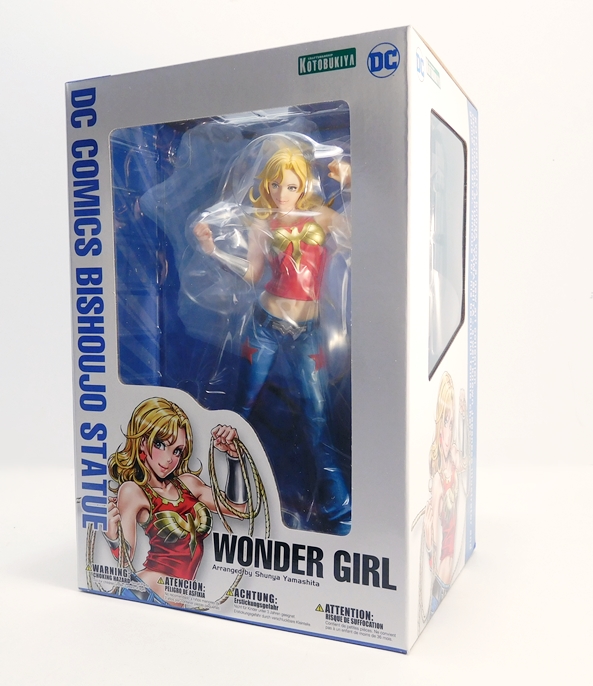 There isn’t much new for me to say about the presentation here. Wonder Girl comes in a mostly white window box with some of that lovely artwork by Shunya Yamashita. The statue itself comes encased between two clear plastic trays and the package is totally collector friendly. While Cassie comes attached to her base, there is a little bit of assembly required, as her golden lasso must be pegged into both sides of each of her fists. If you own the first Bishoujo Wonder Woman, you know how this works. Although, I’ll confess I had a little trouble getting mine to tab in and I eventually had to shave a little of the tabs to make them fit. 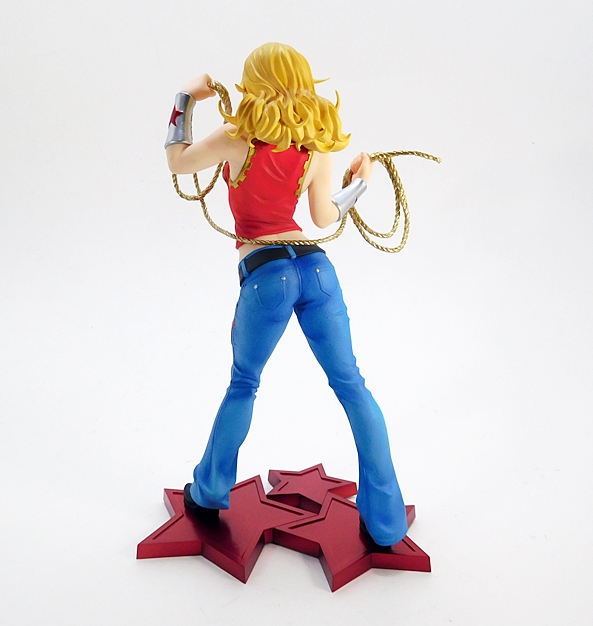 With that out of the way, here she is all set up and looking fantastic. Wonder Girl assumes a wide stance with her chest puffed out and her hands clutching the coils of her golden lasso, which snakes around behind her. All I can say is I really dig the composition here, she’s heroic and flirty, and just an all around perfect fusion of the character and the spirit of the Bishoujo line.

As mentioned, this is Cassandra Sandsmark as Wonder Girl, decked out in the modern costume and boy did Koto go all out on what could have been a fairly pedestrian outfit. The cut off t-shirt features a raised eagle emblem sculpted onto the front of it as well as sculpted borders around the neckline and sleeveless shoulders. The jeans feature a sculpted belt with a “WW” emblem belt buckle, sculpted star patches on the thighs, and flared cuffs mostly concealing her high-heeled boots. Details include little rumples in the shirt and jeans, stitch marks, belt loops, and studs on the pockets.

The coloring here also goes a long way to make this figure pop. The blue on the jeans features some gradations making them look faded in some area and contrasts beautifully with the bright red star patches and the silver luster of the belt buckle and studs. Likewise the sumptuous gold leaf paint compliments the bright red of her shirt perfectly. And as always the skin tone is warm and smooth.

The portrait is classic Bishoujo bliss. Cassie features a broad smirk as her sandy hair dances wildly around her, exposing some metallic red star earrings. Her eyes, eyebrows, and lips are all perfectly painted. 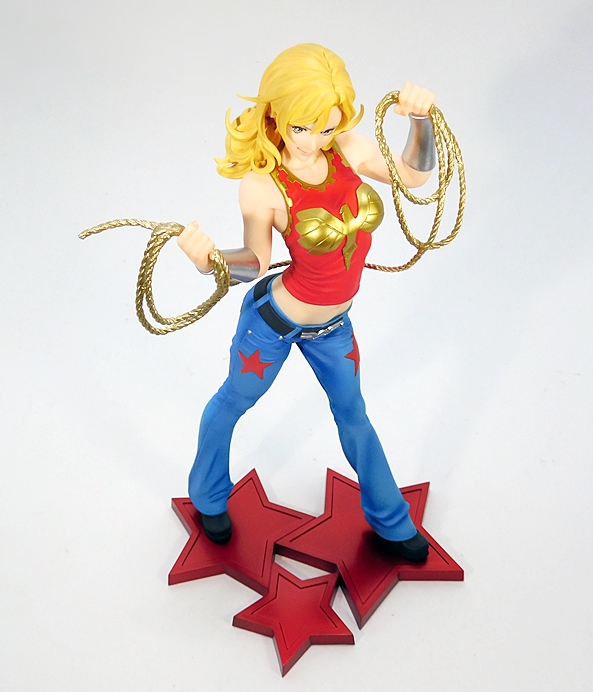 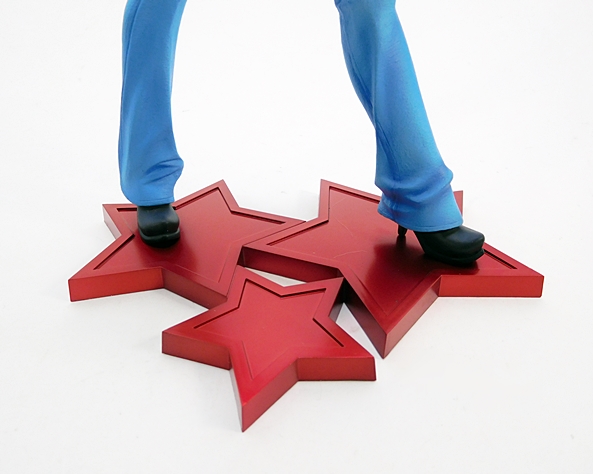 The base is worthy of a lot of praise, not only for its creativity of design, but also for its economy of shelf space. I’ve got over three dozen of these Bishoujos, and some of the larger disc bases can contribute to some pretty bad shelf congestion. Here, you just get three metallic red stars, which take up only as much room as they need to present the figure. 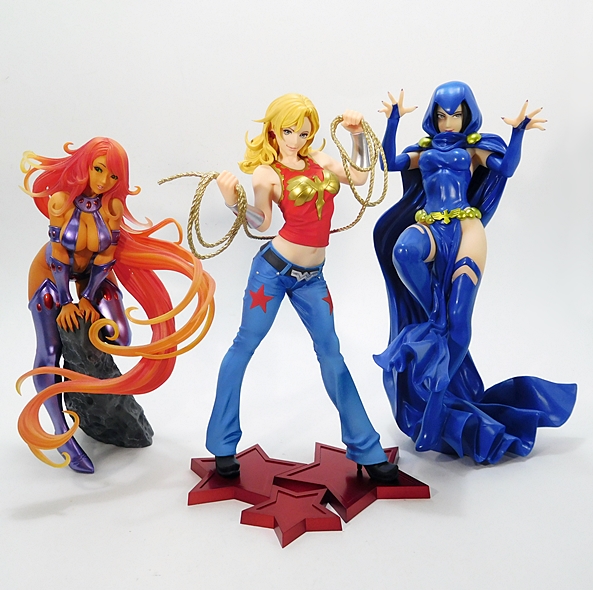 If you can’t tell, I’m totally in love with this statue! With Koto’s Bishoujo line beginning to double dip on some characters like Wonder Woman and Harley Quinn, it’s nice to see that they’re still willing to mine the roster for previously unreleased characters as well. Wonder Girl was a great choice for the line, and I’m actually more than a bit surprised they didn’t get around to her sooner. Indeed, I still wouldn’t mind seeing Donna Troy get the treatment. I picked up this lady for about $40 shipped, which in these days of Bishoujo prices creeping ever upward, is a damn good deal for such a high quality work of art.