Waves keep coming out like crazy. Come and buy, come and buy!

Yeah, I got a little Emerson Lake & Palmer playing in the background. I’m also dragging ass today, folks, as I’m on seven straight days of work and I’ve got three more to go. I can’t tell you all how tempting it was to close down FFZ for September, but I’m trying my best to stick it out. Today, I’m all set to take a look at my fifth figure in the X-Men themed Warlock Wave and I’ve got quite a heavy hitter lined up for today. It’s Colossus, and since I got this guy loose from a buddy online, I’m going to forgo the usual packaged shot and jump right in to talk about the figure. 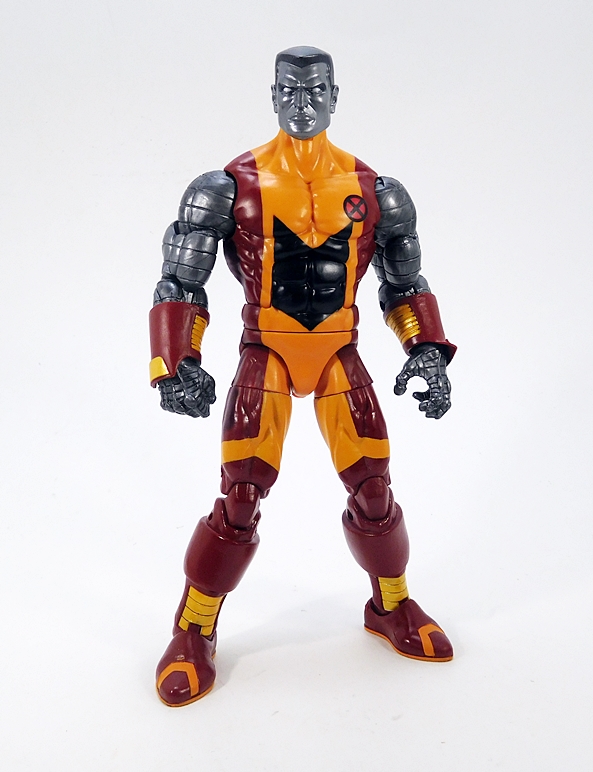 And he’s just gorgeous! Colossus is not only a great character in the comics, but he really got thrust into the mainstream limelight recently, with his splendid portrayal in the Deadpool film. Yes, even normies can easily recognize this guy now. This figure is also a little contrary to this wave’s Dazzler, which I looked at last week. While Hasbro had the magnificent balls to give us a very classic Allison Blaire, they went more recent and less iconic with Piotr. As most of you know, I’m reading very little of Marvel’s current crop of books, but I’m still pretty sure that this costume doesn’t line up with the current issues of either X-Men Gold or Astonishing X-Men. To be honest, I’m a bit at a loss as to where they pulled it from. I have no doubt someone out there can set me straight.

With that having been said, this is not one of my favorite looks for Colossus, but let me just come out and say that it doesn’t stop this figure from being totally amazing. Indeed, I like this one so much, it may be winning me over to this costume. The whole maroon and yellow-orange deco is fine, but I don’t get the big black cut out in the middle. I do, however, dig the powerful looking arm bracers with the ribbed cut-outs and the segmented portions on the front and back of the boots. The paintwork on the costume is pretty sharp, the paint looks great and the subtle orange trim to the boots are pretty cool. Of course, the best thing here is that wonderful blued steel finish Hasbro used for Colossus’ skin. That with the sculpted segmented lines and muscles make this figure a sight to behold. 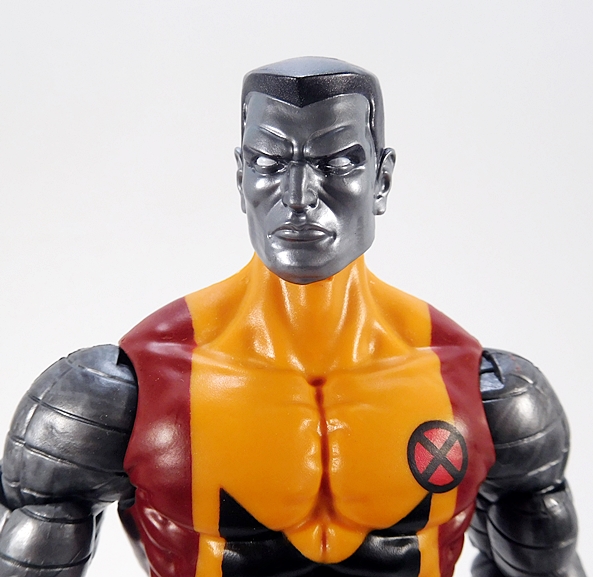 And let’s not stop there, because just look at this head sculpt! It’s so sharp and clean and features such beautiful contours to the facial structure. This is an absolutely epic portrait that elevates a figure that already had a lot going for it. Of course, the head also features that same great steel paint finish, with some very nice and subtle shadowing and a pair of white piercing eyes. How could you possibly top this? How about with a second head?

Yes, Colossus includes an alternate bearded portrait and I have absolutely no idea what books this one is pulled from. I’m really striking out with my comic knowledge today. But that’s not stopping me from loving it. I really dig the squared off chiseled look of the beard and the angular up-swept hair style. The rest of the face falls in line with the original as just being all around fantastic. It pains me that one of these noggins is going to end up rattling around in an accessory bag unless I buy a second Colossus to display it on. And don’t think I’m not crazy enough to do it.

The articulation here is exactly what I would have expected from a beefy modern Legends buck.  Piotr’s arms feature rotating hinges in the shoulders and wrists, single hinges in the elbows, and swivels in the biceps. The legs are ball jointed at the hips, have double hinges in the knees, swivels in the thighs, and both hinges and lateral rockers in the knees. There’s a swivel in the waist, an ab crunch hinge in the torso, and the neck is both hinged and ball jointed. The joints are all rock solid on this guy and with one hand sculpted in a fist, and the other grasping, there’s a lot to work with when posing him. 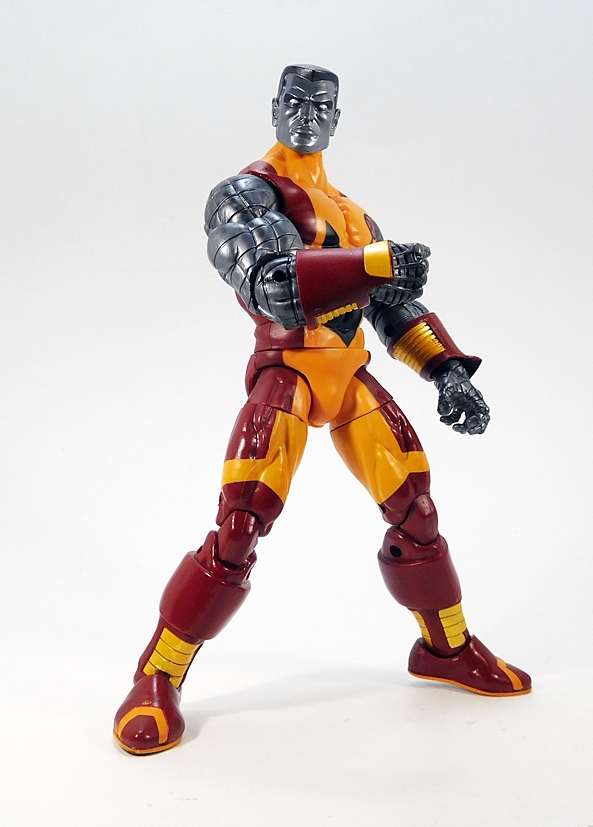 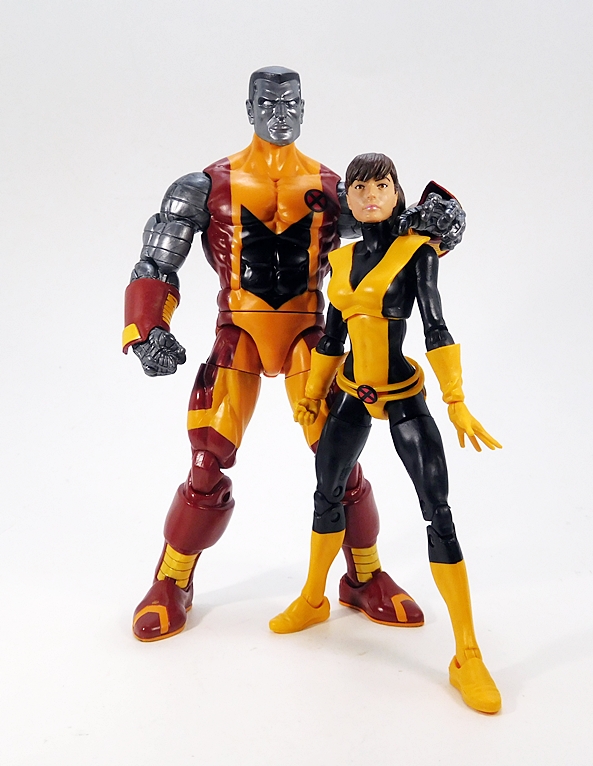 I’ll be totally honest, I would have been a lot more excited to get Colossus had he been done in the classic look, and part of me is still disappointed that Hasbro didn’t go in that direction. In fact, I’m actually considering picking up DST’s Marvel Select version to stand in until Hasbro comes back around to him. However, once in hand, this figure has really won me over, and that was no small feat. The colors are sumptuous and whichever portrait I end up displaying him with, he’s going to look great. Nice job, Hasbro!

And just a quick administrative note, I’m not doing a double feature today, because I just don’t have time, but I may try to make up for later on in the week.