There’s brand new Star Trek on tonight, folks, and if that isn’t cause for some special Sunday content, then I don’t know what is! I’m trying to be optimistic about Discovery, but the truth is right now I’m bracing for the worst, but hoping for the best. Either way, I’m excited! Meanwhile, I’ve been watching a lot of Star Trek this weekend and I’ve been saving another one of Mattel’s Mega Bloks Star Trek sets for just the right occasion. This time it’s the The Transporter Room… Energize! 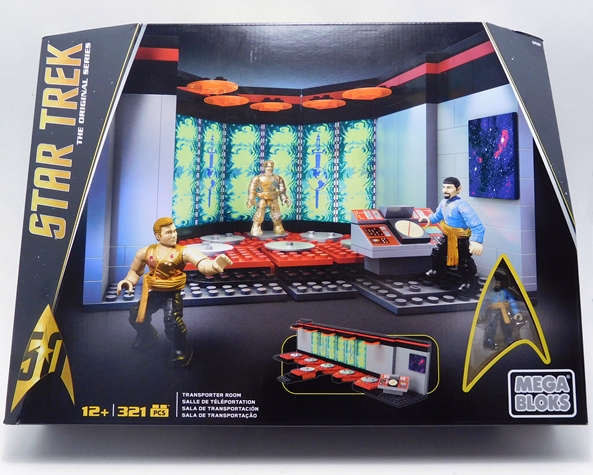 The set comes in a typical enclosed box, albeit with some sexy angled edges and I really like what they did with the presentation for this series. You get a very Classic looking Star Trek deco and logo with the 50th Anniversary insignia and some artwork featuring the completed set, which is so close to what it looks like it might as well be an actual photo. There’s also a little window in the bottom corner that displays Spock, one of the three Micro Figures included with the set.

Inside the box you get a large full-color instruction booklet and a heaping helping of unnumbered bags of bricks. Unnumbered? Yup! Mega Bloks ain’t going to coddle you like LEGO does, so you might as well just dump all those bags into a bin and mix them up, because with these builds you have to hunt through every last brick at every step of the build. In total the set includes 321 pieces. Let’s start with the Micro Figures!

The Micro Figures come already built and include Mirror Universe Kirk and Spock, although technically, I guess this is really our Universe Kirk dressed in the Mirror Universe outfit. You also get a materializing Micro Figure. I’m pretty sure that’s Kirk too, but he can pass for anyone. Also, if you take the sash off of him, he can pass for someone from our Universe as well. All of the Star Trek Micro Figures have been pretty impressive. They have decent likenesses for the scale and a surprising degree of articulation. All three figures come with gold figure bases and Spock and Kirk come with phasers. And now… on to the build!!!

Once the set is complete, you get this long strip, which works as an alternate display option. It kind of reminds me of a Classic version of the Regula-1 Transporter Room from Wrath of Khan. I think it would stand in nicely for a TOS Starbase Transporter. The control console is even built on a swivel, so you can orientate it to this configuration without having to remove it. 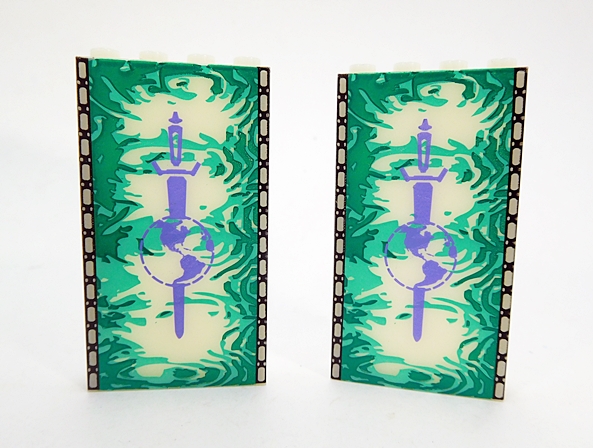 I’ll also point out that the set comes with back panels that have the emblem of the Terran Empire’s Imperial Starfleet printed on them, but they also provide enough to build the regular Universe Transporter and that’s the one that I went for. Oh yeah, these panels also glow in the dark, which is pretty damn cool. When you’re ready to turn it this thing into the Enterprise Transporter Room, all you do is roll it up! 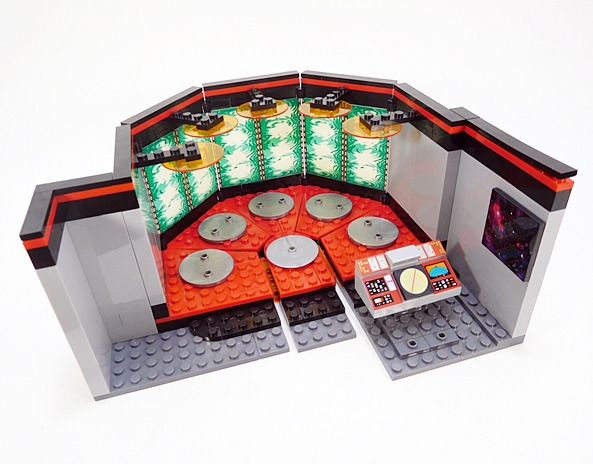 And there you go! I think this thing looks really great. Granted, the layout of the pads is not accurate to the Enterprise Transporter. It has the right number of pads, but they aren’t configured in a circle like they should be. Still, I’m happy with the way it turned out and if you wanted to buy two of these, you might be able to build a more accurate one with the combined pieces. I found this build to be a lot less frustrating than the D7 Battlecruiser, although there is a little bit of repetition in building each of those triangular pad sections. Also, the top Transporter discs do not attach all that well to the support beams, so it’s not uncommon for those to fall off when handling the set. Unlike the Klingon ship, I’m happy to report that I wasn’t missing any pieces this time. Oh, and that one top piece on the right wall does fit correctly, I just didn’t snap it down properly. 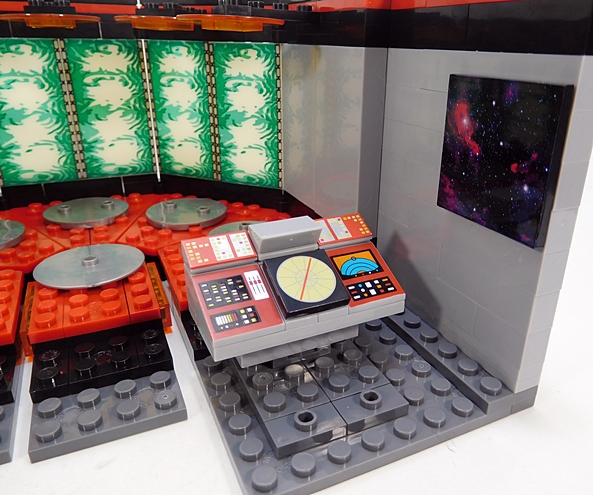 The Transporter console is comprised of specially printed bricks, and I think it looks great. Probably the one thing that Mega Bloks can laud over LEGO is that they don’t use stickers, and that’s a wonderful thing. The platform in front of the console even has pegs for a Micro Figure to stand in front of it. I also like the star chart that hangs on the wall. It’s a nice touch!

The pads are re-purposed figure stands, cast in silver instead of gold, which is pretty clever, although the center one only has a single peg. I’m not really sure why they did that, but it’s no big deal. I think the materializing Micro Figure looks great displayed on one of the pads. 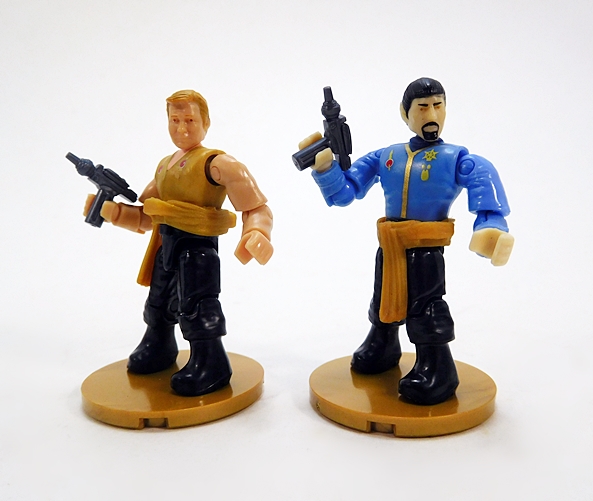 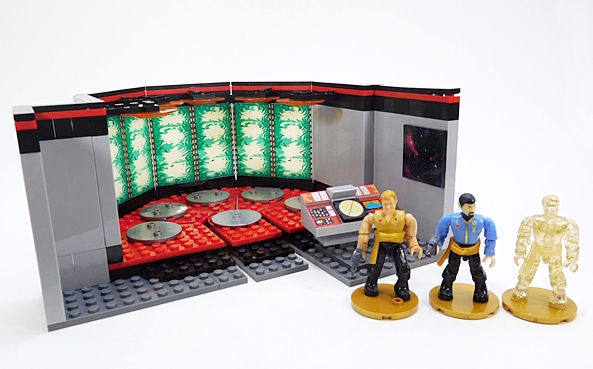 This set retailed at just under $40 originally, which is the same price as the D7 Battlecruiser, but with about thirty fewer pieces. On the other hand, this set had two more Micro Figures, so I guess it all balances out. I picked up mine for just under $15 when Amazon was running them on sale, and I’m pretty sure that they’re still running specials on these sets. I think they did a beautiful job with it and I appreciate the fact that they took the opportunity to pay homage to a specific episode, rather than just throw a generic set out there. There are only two more Classic Trek Mega Bloks sets left for me to pick up: The Bridge and The USS Enterprise. The Bridge is a sure thing, but the Enterprise? Well, at 3,000+ pieces, we’ll see how crazy I feel.