Welcome back to 5-POA’PALOOSA, a name I came up with because “Star Wars Three-and-three-quarter Weekend” just doesn’t roll off the tongue.  I’ve got more Rogue One coming at you, this time with the Jedha Revolt 4-Pack, which offers up a trio of 3 3/4-inch Exclusives, two of which were bewilderingly never released in the 6-inch Black Series. 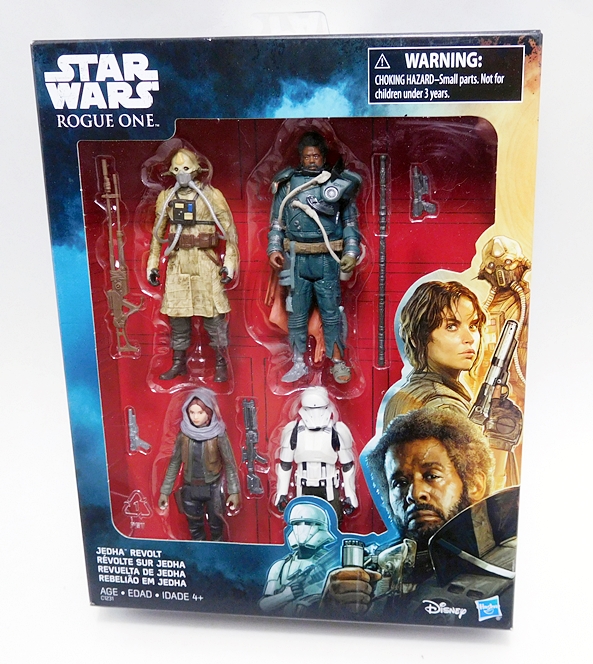 You know I love the packaging on the two-packs, well this is just like two of those stuck together. It’s collector friendly, a big window shows off all the figures, and you get some lovely character art in the bottom right corner. The set includes… Saw Gerrara, Edrio Two Tubes, Jyn Erso in her Jedha outfit, and an Imperial Hovertank Pilot. This set kind of feels like they just needed to toss all the remaining releases into one box so that they could get on with promoting The Last Jedi. Let’s start with Saw!

Wow, this is a pretty ambitious sculpt for this scale and price point! Saw’s suit was pretty complex on screen and Hasbro did a damn fine job recreating it here for the 3 3/4-inch line. He’s got his various breather hoses, the robotic right leg, old man sandal, and I really dig the cape, that looks a bit like he re-purposed it from an old flag. When I first got this figure in hand, I must have spent a good five minutes just turning it over and checking out all the nice work they did on the sculpting and paint. Even the likeness is solid, and here was Hasbro’s big chance to actually paint a wonky eye on purpose! Sorry, Forest, I love you, man!

Saw comes with two accessories, his walking staff and his pistol. The staff is actually useful, because Saw can be a bit difficult to keep standing without it. The pistol features a cool and unique design, fits into a holster on his right hip, and he can hold it in his right hand. The staff can be held in either hand. Next up… Sergeant Jyn Erso! 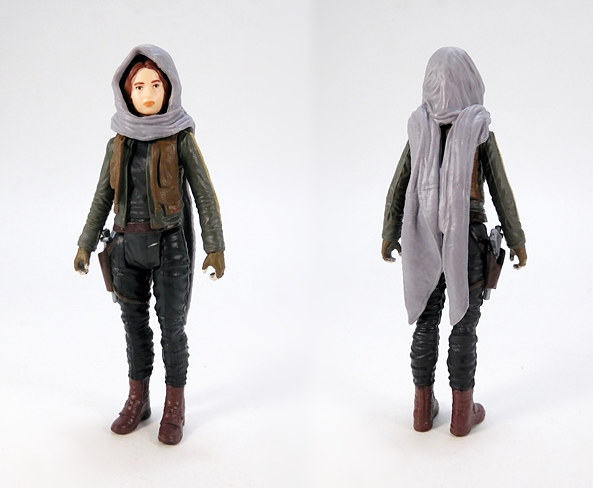 I didn’t really get a good look at this set when I bought it, and I just assumed Jyn would be a repack figure that was thrown in just to fill out the set and so Hasbro could get some money back, but then I remembered the single carded release featured her Eadu outfit. I’m like 99% certain this figure is exclusive to this set, but someone please correct me if I’m wrong. [Edit: I’ll correct myself! Yes, this figure did get a single carded release… carry on!] In any case, this is a simpler sculpt than the Eadu one, but I think this is the better Jyn figure, mainly because the likeness is better. She comes with the sculpted head wrap on, but you can take it off without even popping the head.

In addition to the head wrap, Jyn comes with her blaster pistol, which fits into the holster on her right hip, and she can hold it pretty well in either hand. If you’re in the market for a 5-POA Jyn Erso figure, I think this is the one to get. Next… Edrio Two-Tubes! 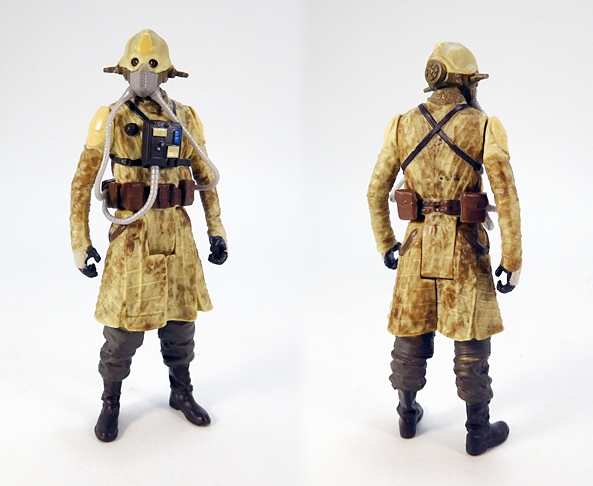 Edrio was one of the aliens that seemed to get featured a lot before Rogue One hit theaters. I assumed he was just going to be another Constable Zuvio, but at least Edrio had some screen time and a few lines. I think he would have made a damn cool 6-inch Black Series figure, but this smaller scale consolation prize isn’t too shabby. Hasbro invested all the usual rumples and wrinkles into the sculpted outfit here and the grimy paint-wash is really well done. And while his name would suggest otherwise, he actually has three tubes, two coming off his face, and one running from the control box into his belt. The chest box is rather reminiscent of the ones worn by the various fighter pilots. Also, the paint and sculpt on his deep set eyes is particularly creepy. I love this figure! 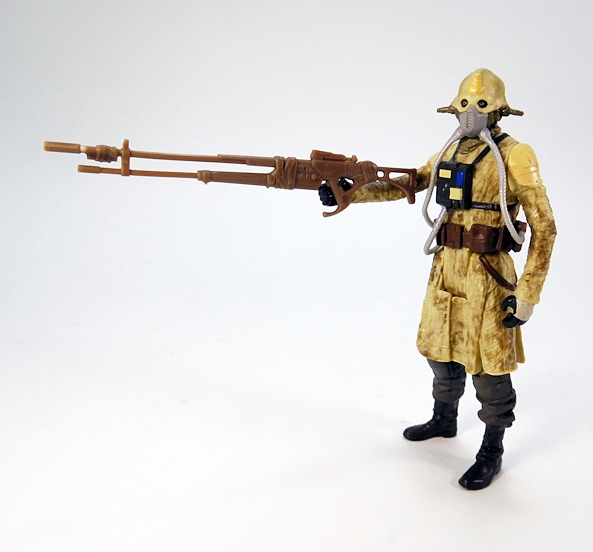 Mr. Two-Tubes comes with his rather unique looking rifle. which is very long, very thin, and rather fragile. I gut a stress mark on mine just from having him hold it near the muzzle. And because it’s so long, and Edrio is just a 5-POA figure, he tends to look better holding it like a walking stick, than he does holding it like he’s about to fire it. On to our final stop… The Hovertank Pilot!

Crazy enough, the one character in this box that had the least screen time is the one of the two that also got a 6-inch Black Series release, but I’m just as happy to have him in this scale too, especially since it looks like we’re actually getting a 3 3/4-inch scale Hovertank at some point down the road.

Hovertank Pilot comes with his carbine. It’s a cool sculpt and has a nice silver wash on it, but there’s not a lot else to say about it. 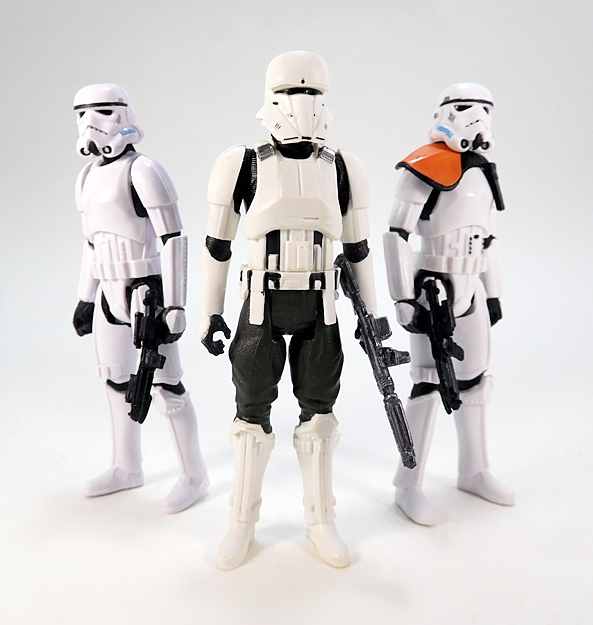 For as good as it is, this set languished on Amazon at deep discounts for a long while. I think I paid $11 for mine, which makes it worth it just for the Saw or Edrio figures alone, but to be honest, there isn’t a bad figure in this set.  I seem to recall this one releasing fairly late in the game, so maybe a lot of collectors were already done with the Rogue One line. That was my mentality when I passed it over at full price a couple of times. It was already getting tough to find some of the last releases, like Bodhi Rook, at decent prices, and I was ready to give up. Whatever the case, I’m glad I picked it up.