As promised, I’m back with another figure from Wave 2 of Super7’s MOTUC Collectors’ Choice series. If you’re just joining me, this is basically a continuation of Matty Collector’s Masters Classics line, with all new characters. Last week I opened up Wrap-Trap from The Evil Horde and I’m going to keep that sweet Horde lovin’ going this week with a look at what may be one of the wackiest MOTUC figures yet, Dylamug!

The packaging is mostly the same as what we’ve been getting all along. You do get Super7’s logo as well as a Tenth Anniversary tag, but otherwise this card design will fit right in with the one Matty used. The back of the card features some nice character art, a “Collect Them All” spread of the other figures available, and a bio of the character, which is all well and good, but all I need to know about Dylamug is that he likes forcing peasants to dance on tables and throwing pies at innkeepers. Yeah, he knows how to wield power! If you’re a mint on card collector, you may find that your Dylamug’s face isn’t completely dialed in right. Mine shifted a bit in transit, but that doesn’t bother me because I’m about to rip this bitch open!

Dylamug is kind of like MODOK meets Arnim Zola meets a Horde Trooper. He’s effectively a giant face in a can with spindly arms and legs. Other than the giant Horde symbol on his forehead, Dylamug’s body itself doesn’t sport a lot of detail, which lends itself well to the animated look of the cartoon, but might make him look a bit unfinished to some. There’s even a recessed square on his back that looks like it should have had some kind of sculpted detail, like circuitry or something. Indeed, some may say that Dylamug belongs more with one of the Filmation-based waves, but these are not hard and fast rules and I’m happy to let him coexist with my regular-flavored MOTUC Horde figures. Dylamug does have some black hoses running off his arms, legs, and shoulders, as well as a series of transparent tubes sprouting from the top of his head with various instruments inside them. I like these, they look like old radio tubes and give him a cool retro-tech kind of look. 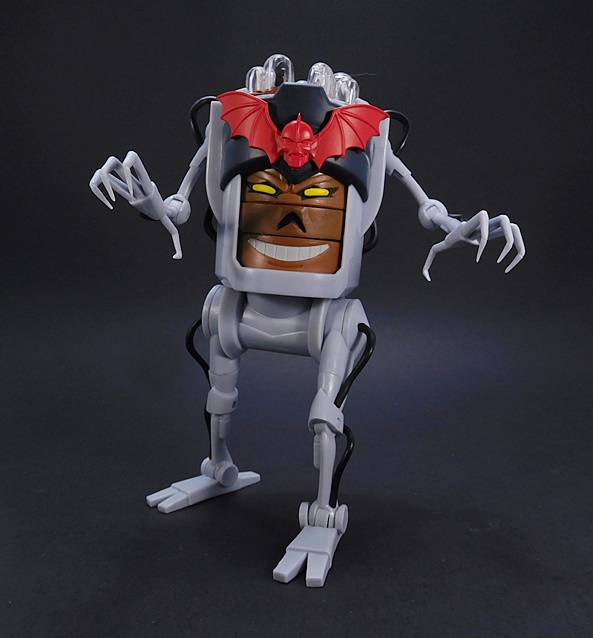 Dylamug gets his name from the fact that the eyes and mouth on his face can be rotated to form different expressive combinations. It’s kind of like a different take on the Man-E-Faces or Tri-Klops gimmick. I don’t remember the gimmick being worked into his appearances in the cartoon, but it’s a pretty cool play feature. With three different sets of eyes and three different mouths you can come up with some neat expressions. I was a little worried about how this would work, considering Super7’s Filmation Tri-Klops came with his head stuck, but Dylamug has no issues with his facial swaps. 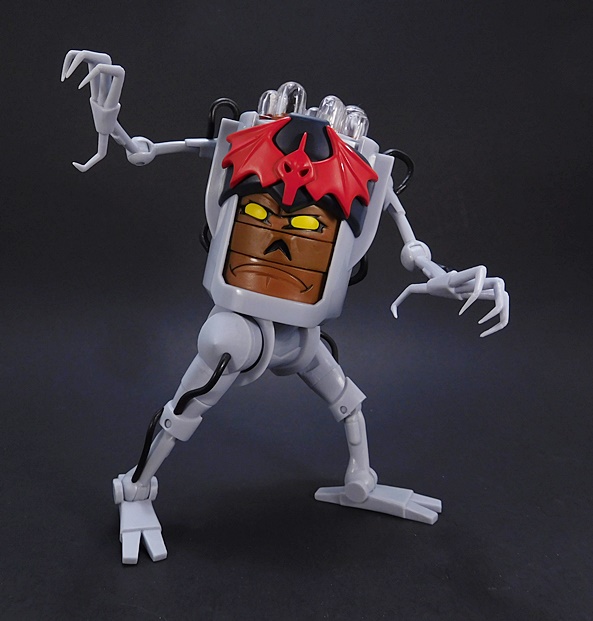 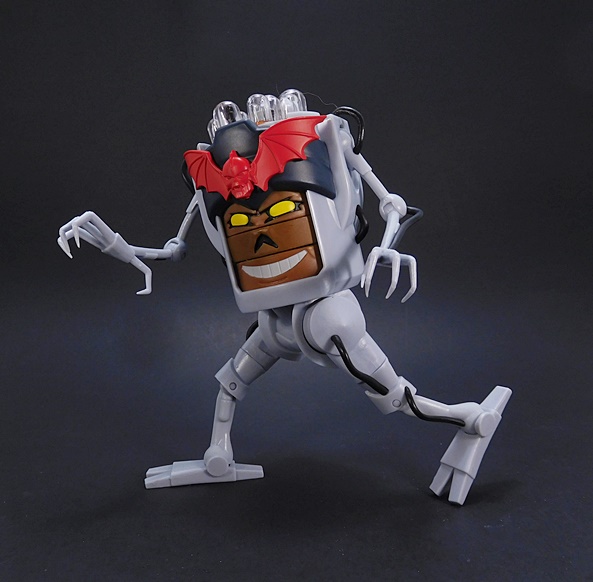 The articulation here isn’t bad for what he is. The arms have ball joints in the shoulders and hinges in the elbows while the legs rotate at the hips and have hinges in the knees. The ankles have hinges and lateral rockers, and there’s a swivel where his legs meet his head-body. I would have loved some swivels in the wrists, but I’m not disappointed with what we got. I’m also quite surprised that those leg joints can hold the bulk of the figure. Hopefully that will still be the case over time. 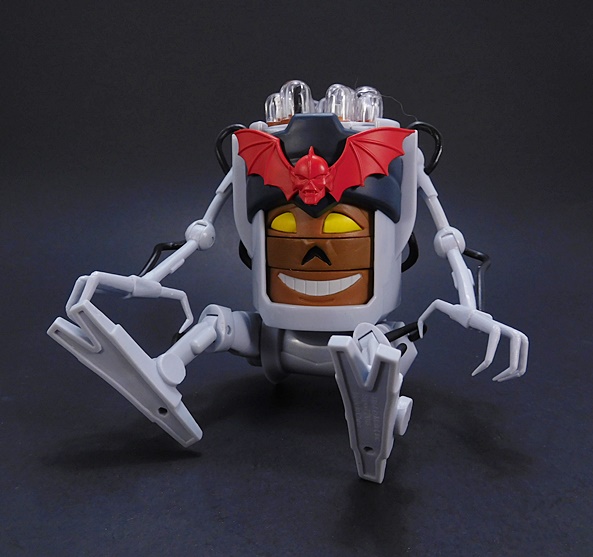 In terms of accessories, Dylamug’s extras are pretty hit and miss with me and all of them revolve around the Horde emblem on his forehead. You get one that’s designed after the Filmation look and one that’s designed after the vintage toy look. Swapping them out is easy as they just plug into a hole in his forehead and they stay put when handling him. 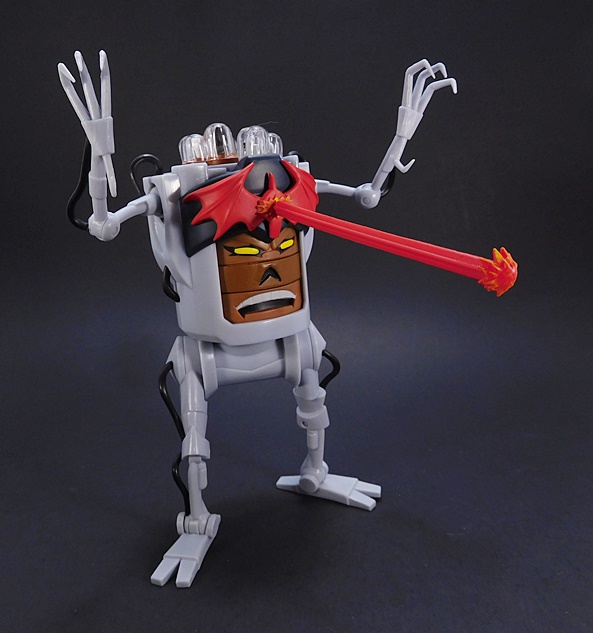 The third emblem is supposed to be an effect part to display him firing his laser beam, but the effect is pretty damn lousy. Most of the failure of this piece is in the paint job. If they had cast it in translucent red plastic it might have worked better, but as it is it just looks like he has a big dart sticking out of his head. To be honest, I would have so much preferred they designed some kind of crossbow attachment for his arm. Getting a Horde member without a personalized crossbow seems all kinds of wrong.

Since his reveal, Dylamug has garnered an unusual amount of scorn around some of the fan forums that I lurk at. Honestly, I’m not sure why. He’s a unique character and in a line full of crazy designs, he still manages to stand out in the crowd. Personally, I was super happy to see him get included in this wave and I’m extremely pleased with how he turned out. Sure, the effect part is a hopeless flub, but I’ll just toss it into The Bin of Forgotten Accessories. It’s not like it ruins the figure itself. Indeed, so far this wave is scoring a two out of two. Next Wednesday we’ll see if it can keep that record rolling as I open the third figure in the assortment. I just haven’t decided which one that will be yet!