My #HalloweenCountdown continues on Twitter, which is why I have random spooky content cropping up here at FFZ. Today I’m tearing into another one of Funko’s Savage World Slashers and it is none other than the Bastard Son of 100 Maniacs!

The figure comes in a decidedly un-collector-friendly card and bubble. Unlike Michael Meyers, who was attached to one of the later, shittier Halloween films, this is just plain old Freddy from the original. Or Kreug-Or, if you prefer a more Masters of the Universe style name. Because this is indeed Freddy re-imagined as an 80’s Mattel figure. It’s an insane idea, but I was surprised how good Michael Meyers turned out, so let’s see what’s up with Freddy. 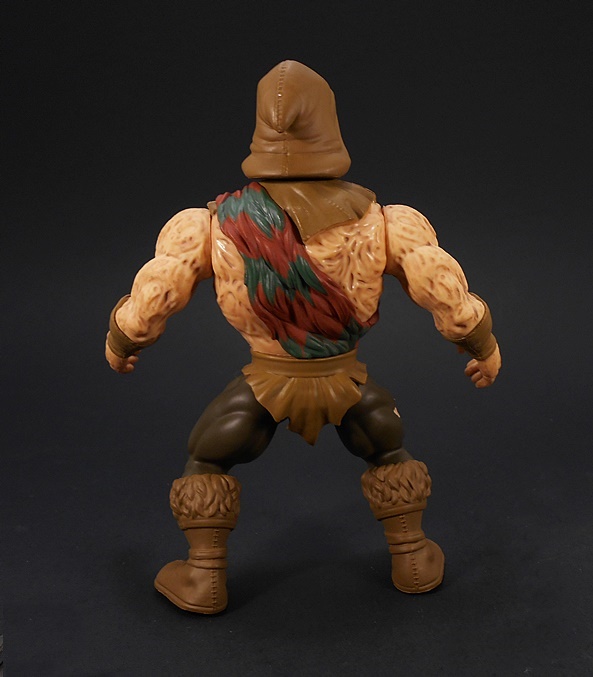 OK, so I’m really divided on this figure. On the one hand, the stylized design they went with here feels like a lot more of a reach than it did with The Shape, but I can’t deny that this is a pretty bad ass sculpt and it does certainly incorporate a lot of Freddy’s most iconic points. His red and green sweater is torn to shreds and hanging like a sash over his horribly burned skin. Likewise, his brown trousers are slashed showing more horrible burns. I really do love the way they did the skin! He has a belt and a bit of a skirt around his waist and furry barbarian boots, because… Savage World! And once again, I’ll point out that Funko invested some really nice detail into these sculpts. Just look at the stitch marks on the boots and bracers.

The head sculpt is also a bit of give and take. The quality of the sculpt is great, and I can see a little Freddy in there, but it’s the hood that throws it off. Yeah, in keeping with the theme of the line, they traded in Freddy’s dirty brown fedora for a brown hood. It’s probably the best solution, but it does compromise the look quite a bit, whereas Meyers’ noggin was able to remain fully intact for his figure. 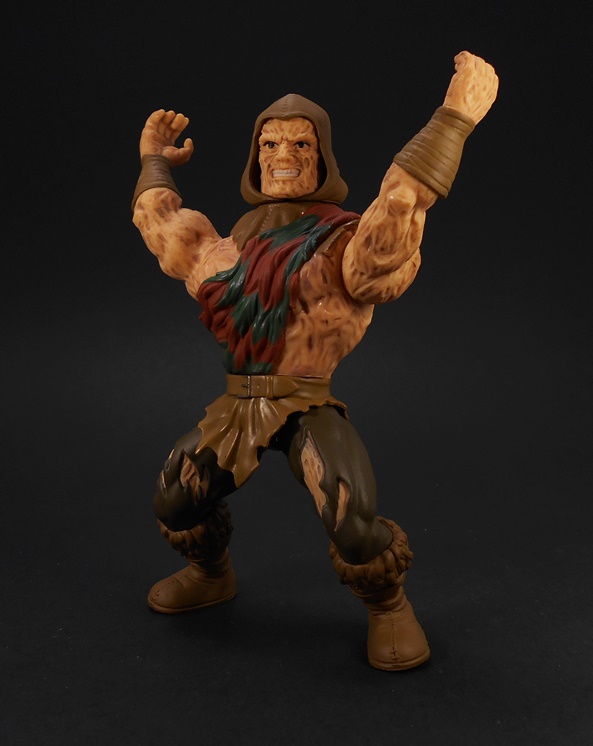 The articulation here is a simple six points. You get swivels in the neck, shoulders, and waist, and ball joints in the hips. He can balance pretty well, despite his squat pose, and the quality of the plastic used is remarkably solid. He’s not going to win any contests for posing, but there’s enough articulation here to have some fun with him. 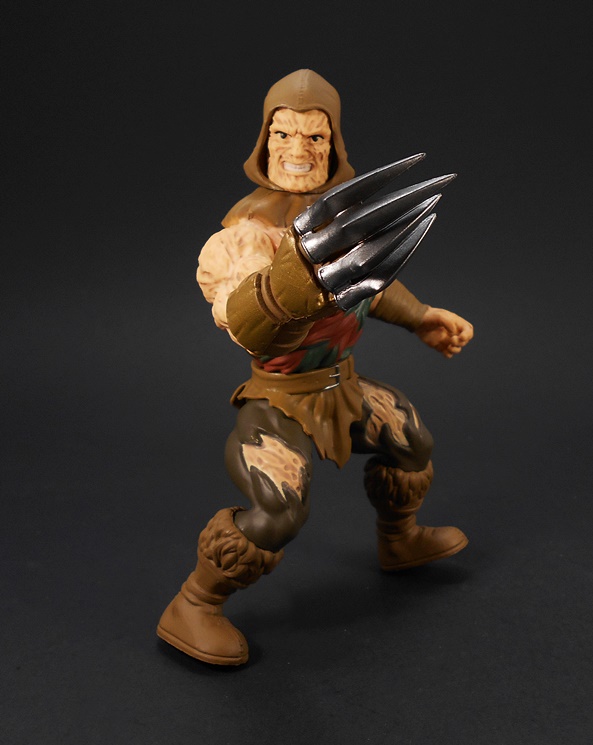 Freddy comes with one accessory and that’s his famous glove, or at least Savage World’s interpretation of it. It looks like a cross between his traditional glove and some kind of barbarian weapon, and it snaps right over his hand and holds on pretty well. I dig it! 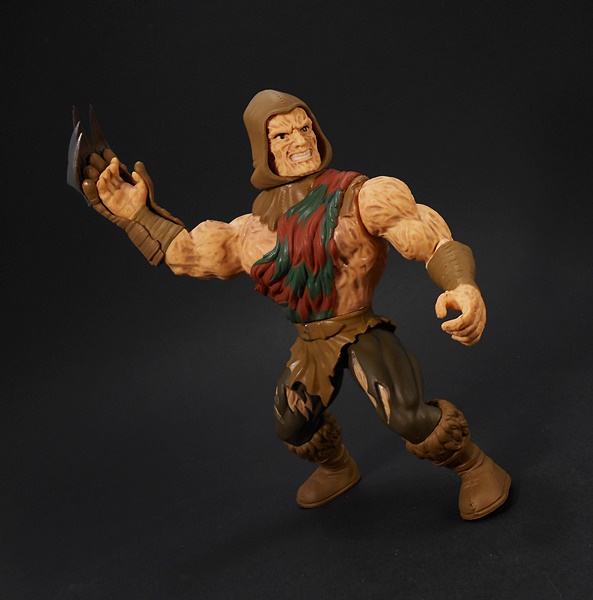 I wasn’t sure about this guy going in, but I’ll admit that Savage World Freddy won me over in the end. The design may not be as tight this time around, but he’s got a ton of personality, a great sculpt, and some decent paintwork. At $12.99, the price still feels a couple bucks too high, but I won’t quibble too much about it. I’m going to try my best to get a couple more of these opened and reviewed before Halloween on Wednesday, but right now Freddy and Michael Meyers are having a great time battling it out on my desk.