I’m always happy to be able to bring back DC Friday, even if it isn’t that often. It’s hard to believe that there was a time when I had enough DC related action figures and collectibles to keep it going as a regular thing. But between Mattel’s terrible distribution and DC Collectibles’ inability to stick with a line and scale, I’ve mainly been turning to Diamond Select Toys’ Gallery Statues for my DC fix these days. Let’s check out their new Batgirl!

Based on her 2014 makeover by Babs Tarr in Batgirl of Burnside, this statue comes in the typical Gallery style box, with windows on the top, front, and side panels and a purple and yellow deco to match Batgirl’s costume. The statue is suspended between two plastic trays, allowing you to see what you’re getting before you buy and open her. And as always, everything here is collector friendly, which is good for me because I don’t have the shelf space to display all of these, so I have them in their boxes and stacked in a corner. 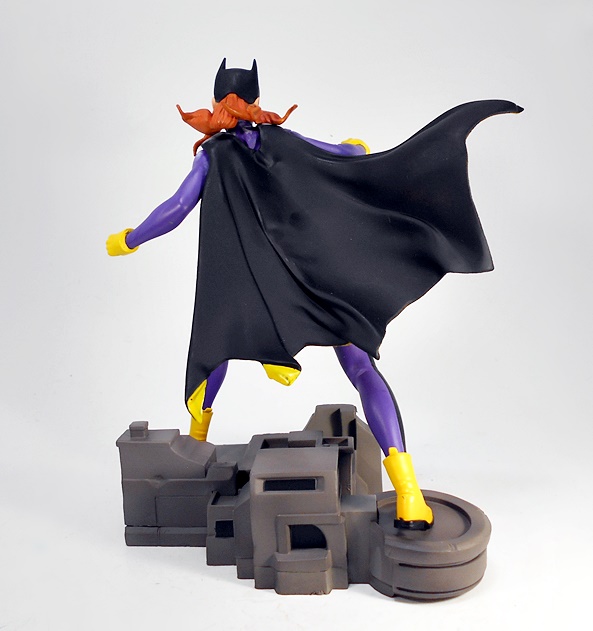 There’s no assembly required, as Batgirl comes out of the box all ready for display, and what a nice piece this is! I should start by saying that I don’t find the pose anything terribly special, she’s simply striding across the rooftops with her arms out and hands balled into fists. Her hair splays out in the wind and her cape bellows off to the side behind her. It’s not bad at all, it hints at a nice bit of action, but it’s just not that unique or memorable to me. 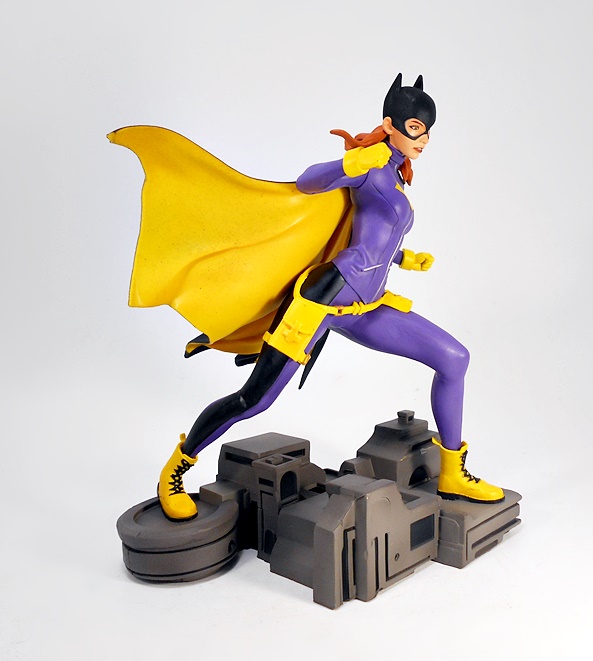 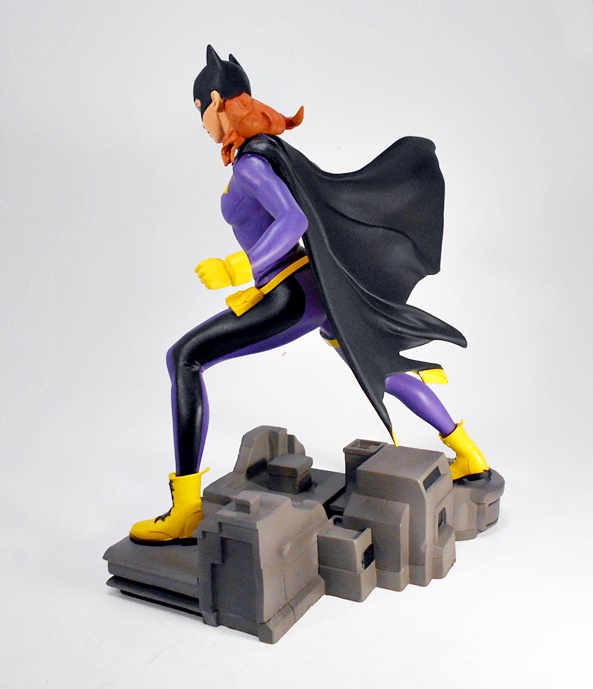 Thankfully everything else about this statue is so well executed! Every detail about the costume is incorporated into the sculpt and that includes the tailored seams, pockets, and even the bat symbol on her chest. Even the lines of the black stripes on her legs are sculpted. The detail on her utility belt includes the little buckles and retaining straps on the pouches, and the sculpted laces on her boots are fully realized.

Equally impressive is the coloring here, which mostly relies on the purple, yellow, and black of her costume. Everything is done with a matte finish, and while this costume’s boots and gloves are often depicted as shiny in other recreations, I think the matte works fine too. For the most part the paint applications are sharp and clean, but there are a few exceptions, particularly between the yellow on her boots and the black of their soles. Still, it’s nothing that I haven’t seen before on far more expensive statues.

The portrait is pretty solid, although not terribly expressive. It’s a good likeness from the comic art and I’m extremely happy with how sharp the lines are on her mask, as well as the paint applications for her eyes and lips. The sculpted red hair is a bit muted, but I dig the way it spills out of the cowl and blows wildly around her.

The base appears to be an abstract of the city rooftops, perhaps scaled down to give her a sense of height? I’m not really sure what they were going for here. It’s not bad, though, and it offers her a good surface for her wide stance, as well as giving the statue stability. 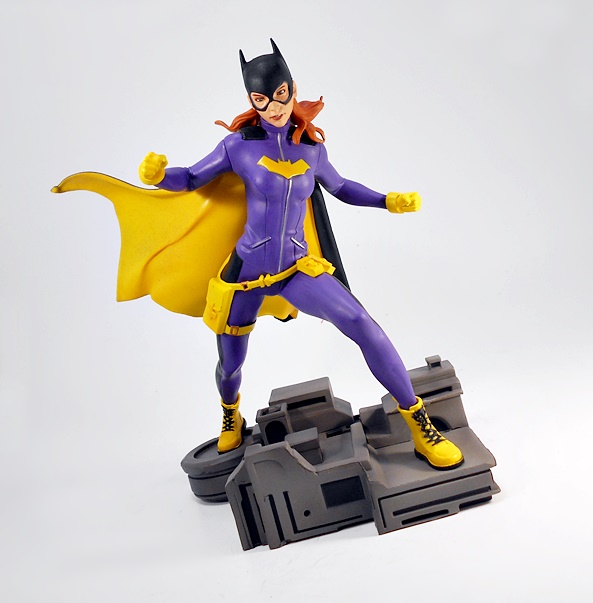 Batgirl is another fine example of why it’s been impossible for me to quit DST’s Gallery series. You simply can’t beat the quality at this price point. And while my budget and available space often requires me to admire the bigger premium statues on the market from afar, I can collect this line all day without breaking the bank. Batgirl here cost just under $40, and I couldn’t be happier with how she turned out!