Happy Marvel Monday, folks! By the time you read this, I thought I may already be dead! But right now it looks like Hurricane Dorian is going to take a hard right and steer away from my position here in SW Florida. And thank God for that! I had a fear that I might have had to use unopened Marvel Legends from my backlog in place of sandbags to keep the flood waters out. But for now, let’s assume I’m going to survive, and we’ll have a look at another figure from the Kingpin Wave. Oh, look! It’s Red Goblin. Sonovabitch!!!

Even with all the waves of modern Legends that I’ve completed, I don’t think I’ve ever been this dejected about having to buy a figure for a BAF part. I can remember finding Red Gobby here on the peg and seeing Kingpin’s leg and being so happy, and then reminding myself that I’m about to fork over $20 to take this figure home. So let’s get this over with. 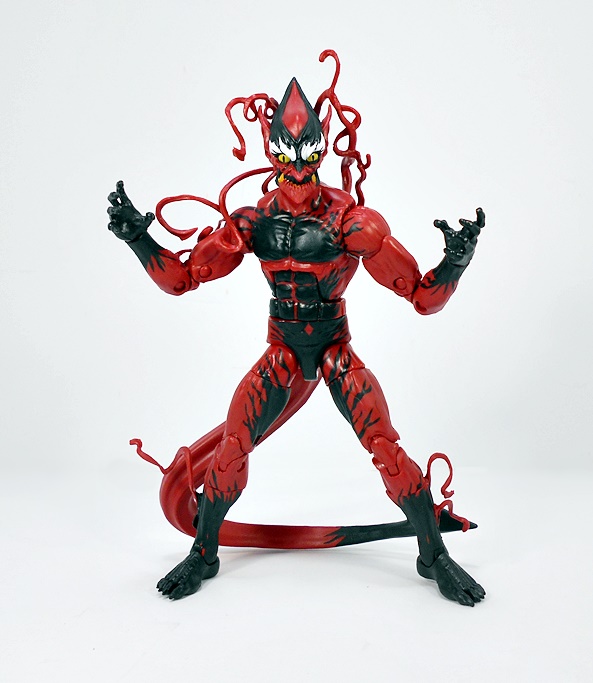 OK, it’s Norman Osborne merged with Carnage. Interesting idea, I guess. But, what a goddamn mess of a design. It looks like something I might have doodled on my Trapper Keeper when I was 14 years old and hopped up on root beer and pixie stix. Now keep in mind, I did not hate this design in the comic. I just think it’s something that does not translate well to action figure form, and it’s so hard for me to put my finger on exactly why it doesn’t work for me.

I think a big part is just the way the buck is painted. It looked all sorts of cool and sinister on the page, but here it strikes me as just a guy wearing a crimson leotard with the black markings painted on it. Then you have the giant, unposeable tail tacked on the back. I honestly forgot that he even had that and to revisit some of the panels to remind myself. 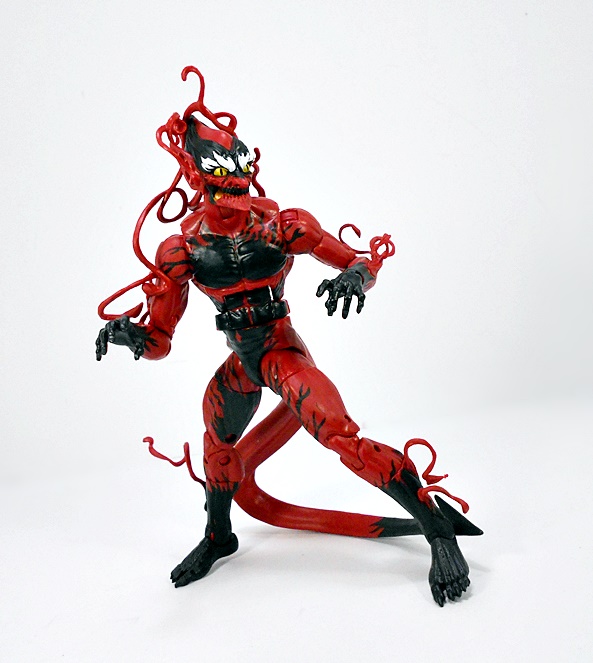 The tendrils don’t really work for me either. At least the mess of ones rising from his back are removable, as that piece just pegs into the hole. But you still have the permanent ones coming off his forearms and lower legs. Again, I’m just writing this off to working OK on paper and not in plastic. Also, at first I thought his feet were just lifted directly from the Symbiote Spidey in this wave, but I was surprised to see that they are actually different sculpts. 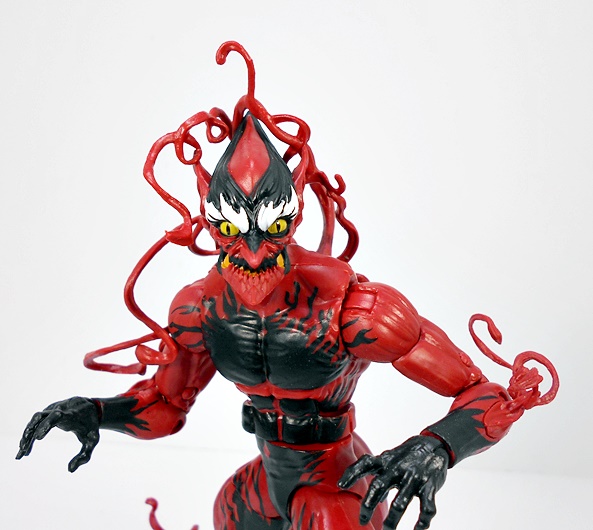 And the cherry on top of this mess is the portrait. Again, it’s tough for me to put my finger on exactly what happened here. I think a big part of it is his set of bushy skunk eyebrows. I did not come away from that comic thinking he had big tufts of fur above his eyes, but that’s exactly what’s portrayed here. I feel like the eyes should have been more narrow and the pupils smaller. I guess they did a good job on his mouth, and I do dig how it’s soft plastic and can sort of open and close.

Red Gobby comes with one accessory, and that’s his Carnage pumkin bomb. He can actually hold it fairly well in his right claw, but that’s about all I have to say on the matter. 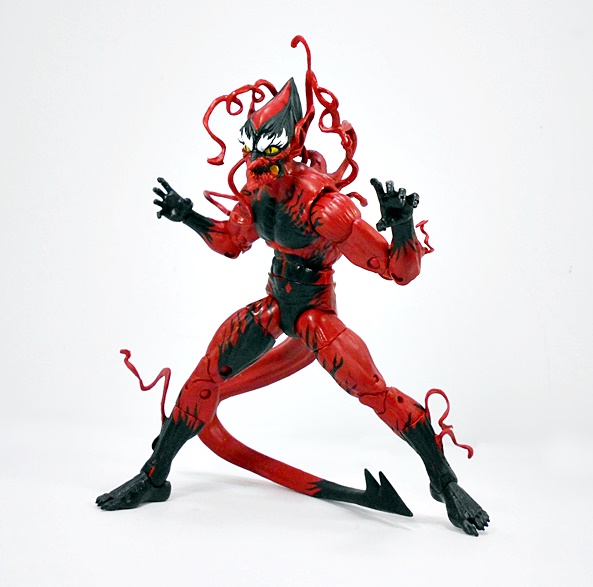 This one is a swing and a miss for me. I’m not sure whether to blame Hasbro or just the design, but whatever the case, I wasn’t keen on this guy when I bought him and I’m no more fond of him now that I’ve got him opened up and spent some time with him. But hey, I’ve got another Kingpin part, and that means next Monday I’m going to wrap up this wave by opening Puma and cobbling me together a Fisk BAF.